The Tipping Point: A Journey With a Rare Disease 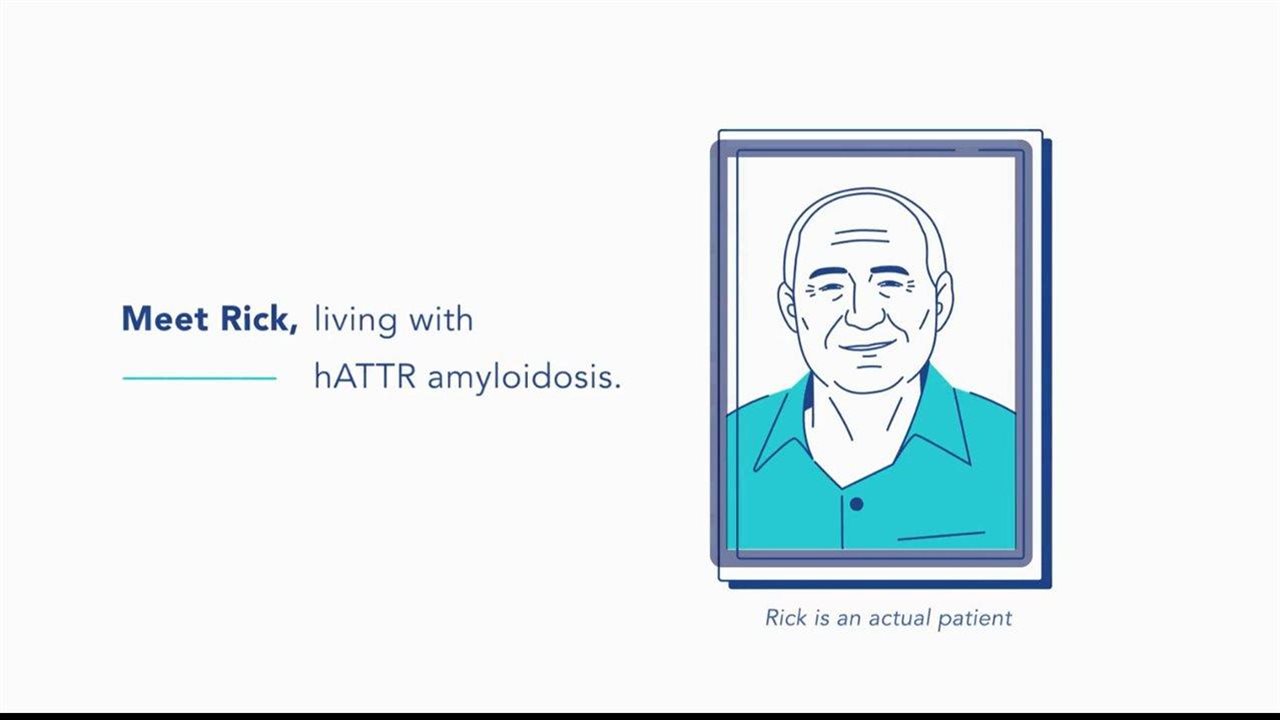 (BPT) - Rick, a beloved grandfather, was enjoying retirement following a 40-year career as a respected high school teacher, coach and mentor. When he started noticing changes in his body – a painful and persistent numbness in his hands and feet, and some digestive symptoms – he attributed the issues to getting older and having led an active life. He had been blessed with good health for most of his life and planned to continue enjoying community and church activities, golfing, tending his garden and playing with his granddaughters.

Lynn, his high school sweetheart and wife of 50 years, had an inkling that there might be something more at the root of Rick’s unexplained symptoms. When he was feeling tired, she would notice a change in his gait. His numbness worsened and was now creeping up Rick’s legs and into his arms. The digestive issues had him alternating between feeling constipated and having diarrhea. As the symptoms intensified, Lynn recalled an experience Rick’s brother had several years earlier.

Rick’s younger brother had experienced numbness and weakness in his lower legs and arms, and began a pursuit to understand the cause of his symptoms. After numerous doctor visits and a flight to a world-renowned hospital, a test provided Rick’s brother with the answer – hereditary ATTR (hATTR) amyloidosis, a rare, inherited, multi-symptom condition.

hATTR amyloidosis is caused by variants (mutation) in the TTR gene that affects the function of a protein called transthyretin (TTR), that is made primarily in the liver and carries substances such as vitamin A. The variants cause the protein to take on an abnormal shape and misfold. These proteins accumulate as amyloid deposits throughout the body, including in the nerves, heart and digestive system, which can have a debilitating impact on a patient’s life. The condition affects an estimated 50,000 people worldwide and with limited awareness, it can be difficult to diagnose since many of the symptoms appear to be similar to those of other diseases.

As Rick’s symptoms continued to progress, becoming more and more difficult to ignore, he and Lynn reached a tipping point and knew they needed to seek out an answer. Lynn kept pushing Rick, telling him, “If you’re not going to get tested for yourself, then you need to do it for me, the kids, and our granddaughters.” Once at this tipping point and armed with learnings from his brother’s experience, Rick decided he had to seek out testing. In August 2017, Rick consulted with doctors to discuss the results of his test and confirmed that his symptoms were indeed caused by hATTR amyloidosis.

Rick had a game plan for his life, and hATTR amyloidosis had certainly not been part of it, but his brother was by his side to help him find a specialist who had experience managing patients with hATTR amyloidosis. They learned that not everyone with the TTR gene variant for hATTR amyloidosis experiences symptoms, and that even members of the same family may experience different symptoms. With this knowledge, Rick’s sons also got tested, and the oldest of his three sons was positive for the TTR gene variant as well. While his son hasn’t experienced symptoms, they now know what to look for in the future.

Although the diagnosis was at first difficult to come to terms with, the more Rick educated himself on his condition, the more aware he became of how he could work with his doctor on a path forward. Lynn helped him navigate the difficult days and weeks that followed. Rick usually plays only nine holes of golf with his sons now, instead of the 18 he used to play. He goes fishing and works in the yard, but at a slower pace with Lynn keeping him from overdoing it and making sure he always builds in time for rest.

If you or your loved one have reached the tipping point with your health and want to learn more about hATTR amyloidosis, visit The Bridge® for disease education resources and to hear more from other people affected by the condition.

Intended for U.S. Audiences only.

Better Immunity is Just a Spray Away

World's Most Expensive Sneakers Will Order Your Pizza