From around the city 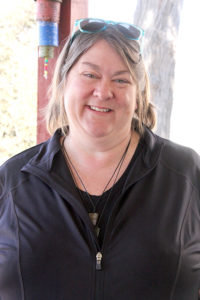 After watching in horror the widely circulated video showing George Floyd being killed by a Minneapolis police officer outside of Cup Foods at 38th St. and Chicago Ave. on May 25, protesters took to the streets on May 26, 2020. They demonstrated outside Cup Foods then marched three miles east, stopping traffic along 38th St. and again along Hiawatha Ave., before they turned east to the Third Precinct police building on East Lake St.

“No Justice, No Peace,” the crowd chanted. “Prosecute the police!”

The events that followed have been widely documented and reported around the globe: police spraying tear gas and shooting rubber bullets at demonstrators, the subsequent riots and the destruction of property throughout Minneapolis, St. Paul, the nation and the world. Several beloved businesses were burned to the ground or damaged beyond repair.

In South Minneapolis and beyond, people emerged from the devastation, grief stricken but eager to help. They passed out masks, hand sanitizer and snacks to peaceful demonstrators, a practice that in mid-June was still evident at every rally and gathering. They descended on Lake St. in large numbers to help clean the streets and sweep away the debris. They dropped off thousands of bags of food at a single food drive. Then at another. They set up a free market at a high school housed in a former grocery store. Du Nord Craft Spirits, our local distillery-turned hand sanitizer maker, became an additional drop spot for donations of food and supplies. The Lake Street Council and Longfellow Business Association began raising funds for recovery and offering small business relief.

Through it all, calls for justice have been ringing through the air. In the marches that continue to take place throughout the city. In the art that is screaming from the pavement, walls and boards placed over windows. From banners and signage carried at rallies and on street corners, in the chants shouted and horns honked, and from portraits and tributes placed in mourning.

By the time of this writing, public officials are answering some of these calls. All four police officers have been formally charged with murder or aiding and abetting, the lead for the prosecution given over to Minnesota Attorney General Keith Ellison. Almost immediately the University of Minnesota announced it would divest from the Minneapolis police, with the Minneapolis Public Schools and the Minneapolis Park and Recreation Board soon following suit. Minneapolis Police Chief Medaria Arradondo suspended contract negotiations with the police union to push for structural reform, and the Minneapolis City Council committed, according to Council Member Andrew Johnson’s June 8 email to constituents, “to start the process of engaging with the community over the next year in re-imagining what a new public safety department could look like.”

The impacts of the uprising will surely be felt here for a longtime, the work toward real justice ongoing. But in its aftermath and going forward the people of Minneapolis have shown their greatest strength – our community.

My personal connection to Ukraine