News for everyone, delivered to everyone
From Freeman’s department store to Podany’s furniture outlet to Coliseum

A look back at the history of the Coliseum Building 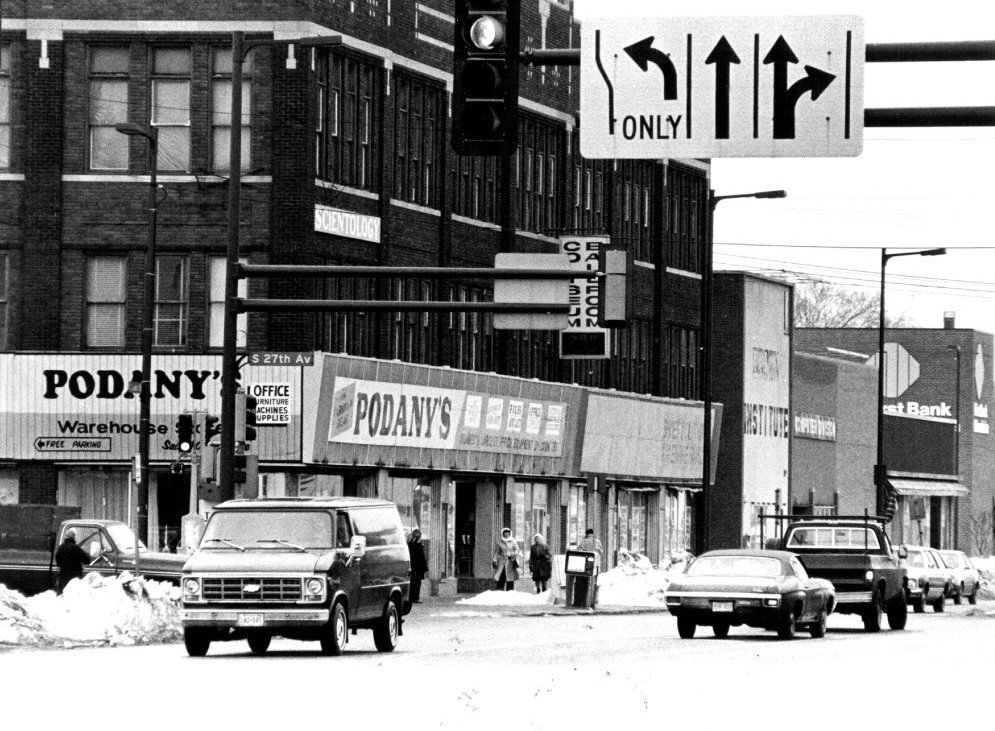 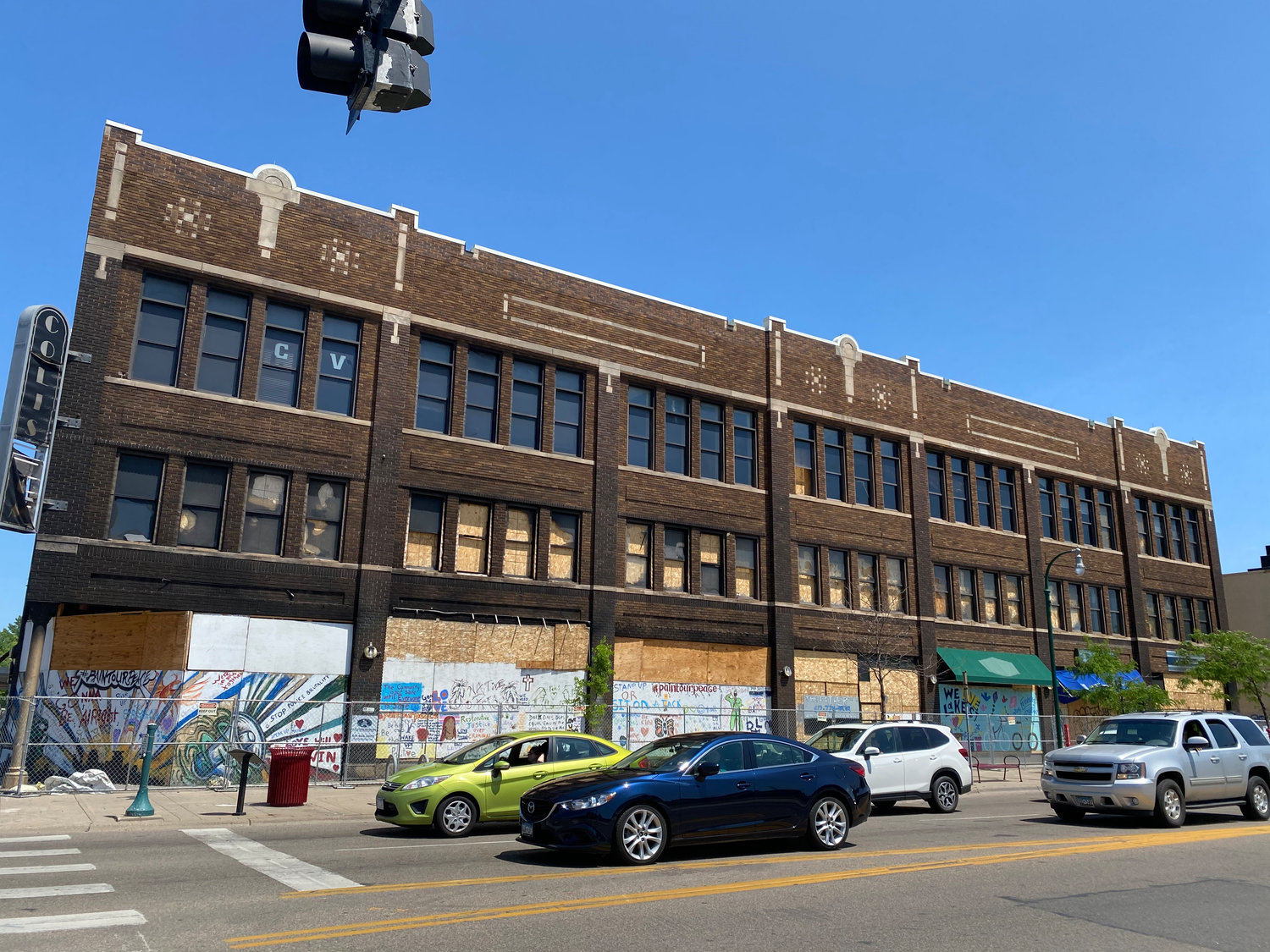 Known as Freeman's for the first 50 years, the large building on the northeast side of East Lake St. and 27th Ave. was later known as Podany's. It was renamed the Coliseum Building in 2001 after it was redeveloped by a group of neighbors. 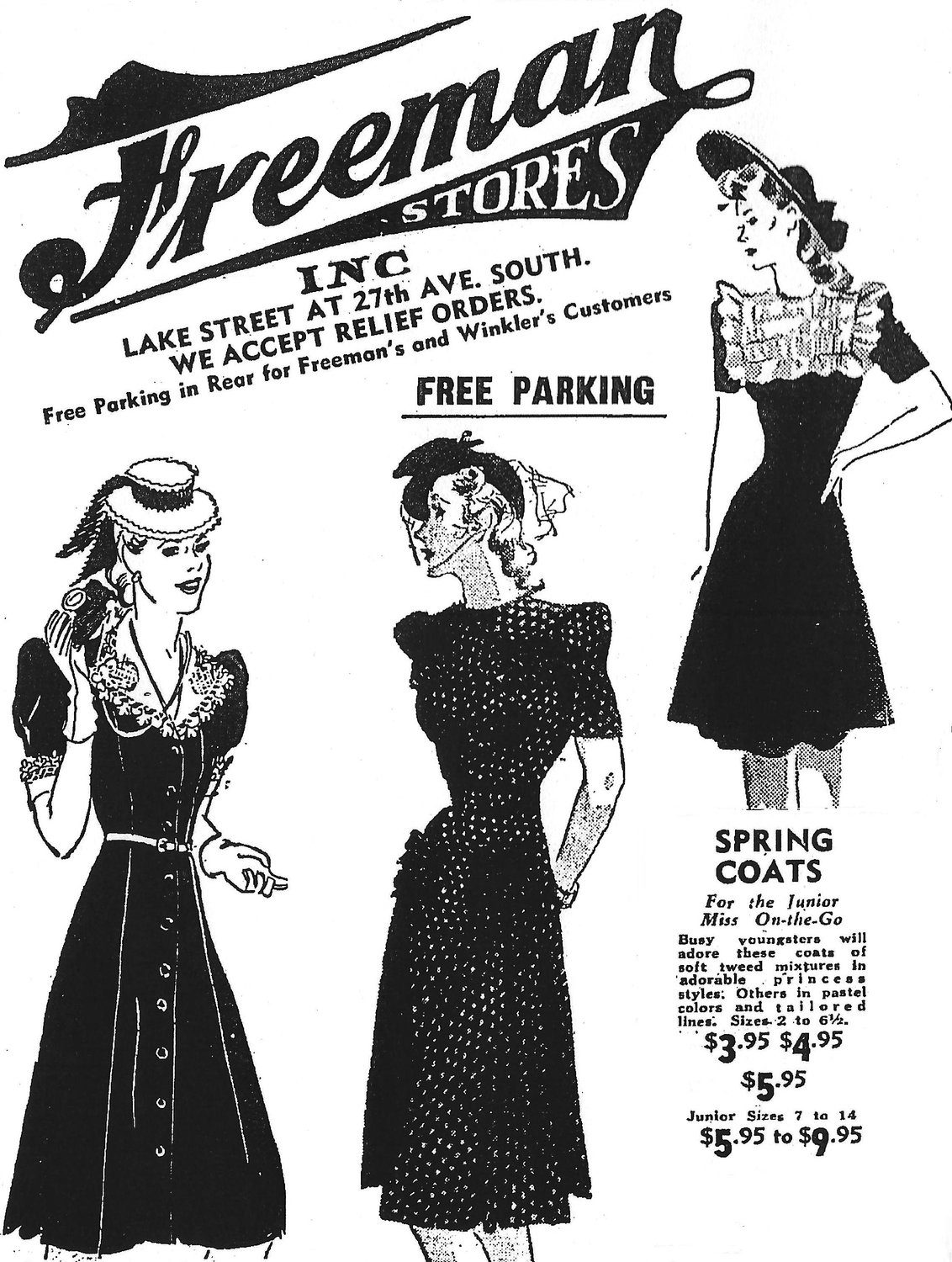 The letters painted on the side of the Coliseum Building have pretty much faded away. When they were still legible the letters spelled, “Freeman’s,” the name of the department store that occupied the Coliseum’s first floor during the building’s first 50 years.
Lake Street’s answer to Dayton’s, Freeman’s was the creation of Elmer Freeman, known as E.B., a Minnesota-born entrepreneur who opened the store in the newly-built Coliseum in 1917. Freeman would continue to operate the family-owned business with his wife, Harriet , until they turned it over to their son, Wallace, in 1955.
By the early 1920s, Freeman’s had built a strong customer base in the city’s rapidly growing southside neighborhoods. Through the 1920s and into the Depression years of the 1930s, the business continued to prosper. At the height of the Depression, in 1935, the East Lake Shopper described Freeman’s as ”one of the largest and most complete department stores outside of the loop area.”

‘I used to drive all the clerks crazy’
Wallace Freeman believed the family business was able to sustain itself through the 1930s because South Minneapolis was not as badly hit by the Depression as many other working class communities. “Many of the people here still had jobs at Moline and the Ford plant,” Wallace recalled. “They were Swedes and Norwegians, who, by nature, were thrifty. They always wanted a bargain and they always bought quality.”
The younger Freeman had grown up in the family business. As a young boy of five or six, he remembers taking all the toys off the store’s shelves and playing with them on the floor. “I used to drive the clerks crazy,”he recalled. By sixth grade, he was working at the store every day after school. When he was 13, he began driving Freeman’s delivery truck, But, as he grew into adulthood, Wallace was not he sure he wanted to spend the rest of his life in retail business. In 1941, the younger Freeman joined the U.S. Air Force. His father, knowing that Wallace might not be returning to Freeman’s after the war, began making plans to sell the business to an out-of-town buyer.
In 1946, E.B. negotiated a sale of the Freeman’s to the St. Louis-based May Company, but the new ownership was short lived. Ten years later, as the suburban boom was underway, the retail chain decided that it no longer wanted to own and operate a small store in an older urban neighborhood, In 1956, whether he wanted to or not, Wallace found himself back in the retail business when May Company terminated its lease and returned the business to the Freeman family that still owned the Coliseum Building. For a time in the late 1950s, E. B.’s son had hoped to build a suburban-style shopping center at 27th and Lake, which he said would become “the Knollwood of South Minneapolis,” but he was never able to move ahead with those plans.

Dancing on the third floor
Wallace continued to operate Freeman’s until 1975, when he finally closed the store and sold the building to Roger Podany, who operated a used office furniture outlet in the former department store space.
Podany, who renamed the building for himself, made few if any improvements during the 20 “plus” years that he owned the property. But he did preserve the ballroom on the building’s third floor that had had been a popular social center in the 20s and 30s. In more recent times, Tapestry Folk Dance Center rented the third floor ballroom before relocating to a new site farther west on Lake Street. With a folk dance group on the third floor, Podany rented out cut rate space in the basement to up and coming rock bands including the soon-to-be popular Suburbs.

Time for a rehab
By the mid 1990s, the Coliseum was showing its age. Soon rumors began to circulate that Podany was planning to sell the building to a notorious South Minneapolis slumlord. Fearing that the landmark property would bring more blight to Lake Street, the Longfellow Community Council’s Donna Sanders began searching for a community-based developer who might be willing to purchase the building and rehab it. During her search, Sanders came a across a small scale builder named Fred Lehmann, who had restored a commercial building at 38th and 42nd Avenue that housed the Riverview Café. Sanders was impressed with his work and asked Lehmann if he would be interested in taking on the Podany Building.
He said “yes.”
“We knew Fred was not a big-time developer but he had a track record and was committed to historic preservation,” Sanders late recalled. At about this time, a member of the LCC Board, David Parker, a wealthy physician who lived on West River Parkway, stepped forward and offered to finance the purchase and reconstruction of the landmark building. Now, Sanders had a potential partnership between a local financier and a neighborhood builder, but the partnership was short lived. Within a few months, Parker backed out of the deal, leaving Lehmann ready to move ahead but lacking the financing to get the job done.
But Sanders and LCC were not left high and dry. The Community Council had recently completed its $9 million Neighborhood Revitalization Program (NRP) plan with $3 million allocated for economic revitalization on Lake Street. Using the $3 million as leverage, Sanders, working with the staff of the Minneapolis Community Development Agency (now CPED), put together a $5 million package to fund the redevelopment of the Lake Street building. The funding package enabled Lehmann to purchase the property for $695,000 with only $70,000 of his own funds. The Minneapolis builder was able to finance reconstruction costs with an Associated Bank loan and additional city and neighborhood funds.

Renamed ‘Coliseum Building’
In 2001, the newly renamed Coliseum Building opened with an impressive list of tenants. They included a Denny’s Restaurant and a Latino health clinic on the first floor, along with a temporary Third Precinct police station in the basement.
During early 2000s, it looked as if the Coliseum would succeed as a community-based redevelopment project, but disaster struck when a torrential rain storm flooded the basement and forced the Third Precinct to relocate. A dispute over the terms of the MPD lease added to the financial pressures already facing Lehmann. More tenants left the building, forcing it into foreclosure. An out-of-town financial group eventually got control of the property and continued to manage it until the civil unrest in 2020 forced out all of the remaining tenants.

Next chapter
Now, in 2021, the Coliseum is starting a new chapter in its 100-year history under its new owner, Redesign Inc. The Seward-based non-profit is working on plans to maintain the building now that it has closed on the purchase of the property, according to Chris Romano, Redesign Executive Director.
“We want to make sure the Coliseum is as safe and secure as possible as we work towards securing our construction financing,” Romano said.
>> Did you see the July article on Redesign’s efforts in the Messenger? Catch up online at www.LongfellowNokomisMessenger.com and search “Coliseum.”