News for everyone, delivered to everyone
BREAKING NEWS 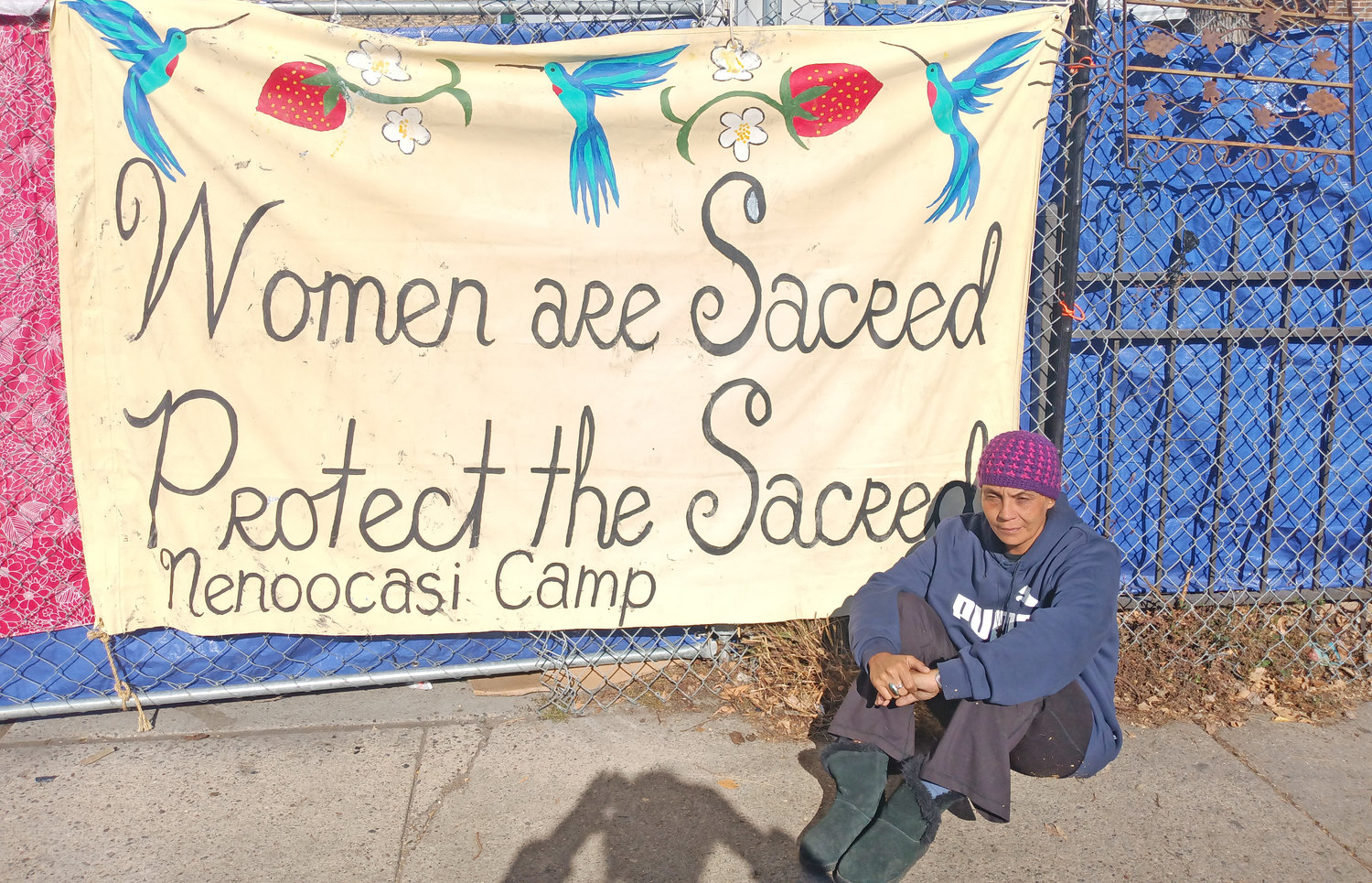 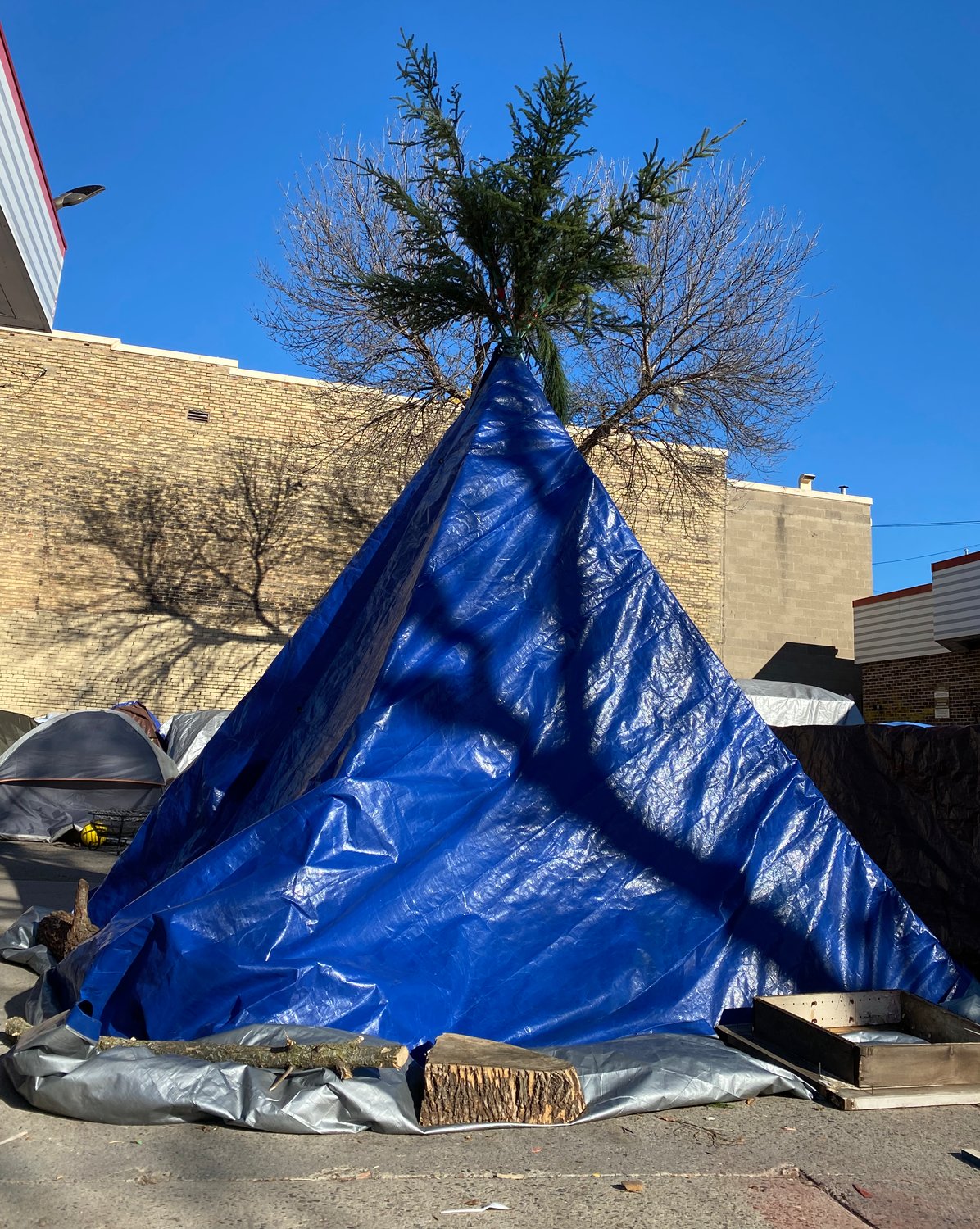 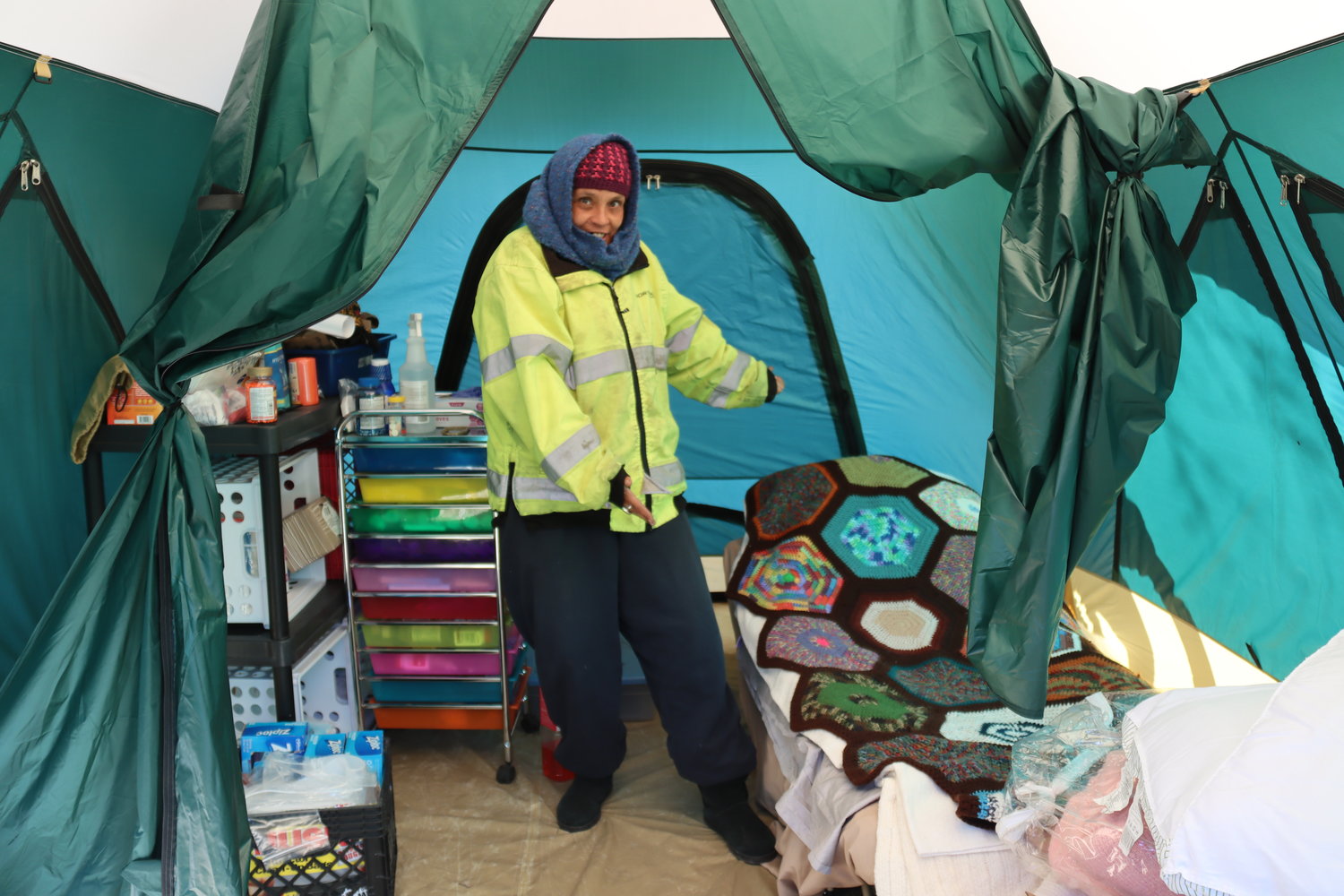 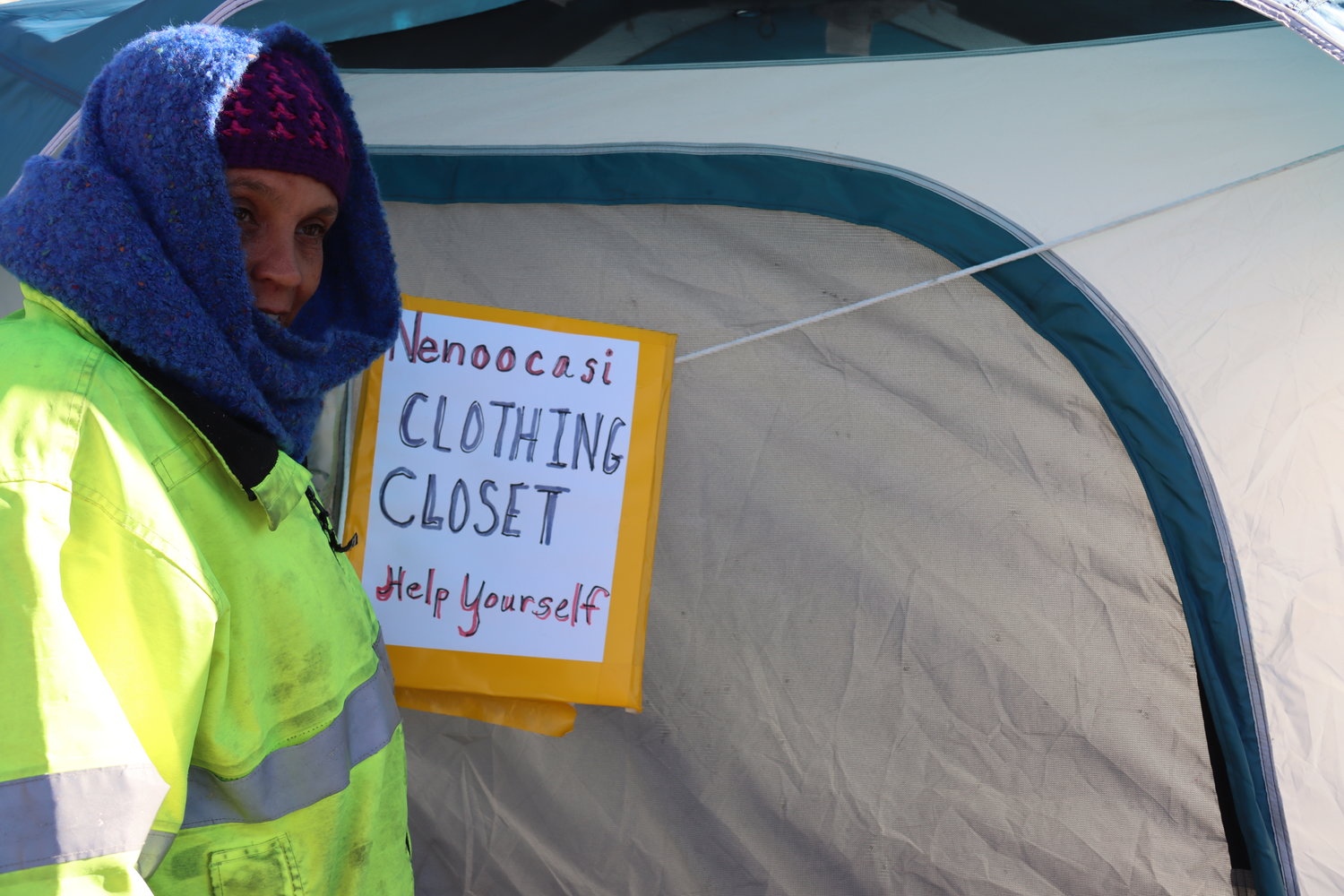 The city of Minneapolis has announced it will be clearing Camp Nenoocassi on Monday, Nov. 22 - the week of Thanksgiving.

Evicting Indigenous women onto unsafe streets, especially the week of Thanksgiving, is an act of violence. Housing alone does not meet the needs of these women. If they cannot be in community with people where they feel safe and cared for, they are so much more likely to end up back where they started, in unsafe and abusive situations.

Part of the reason it’s so important for the women to be here is because this is where all of the resources for Indigenous people are in the Twin Cities - the Native American Community Clinic, Indian Health Board, American Indian OIC, Minneapolis American Indian Center, Red Lake Nation Embassy, Minnesota Chippewa Tribe Urban Office, Minnesota Indian Women’s Resource Center, as well as Indigenous churches and schools. Moving the women away from these resources - even just to another neighborhood or to St. Paul, makes it prohibitively difficult for some to access resources and be supported by their community.

The property was abandoned by Speedway in June of 2020 immediately following the murder of George Floyd and has been entirely abandoned since then. It has been an eyesore and a crime magnet. It is also a constant reminder of Floyd’s murder, a PTSD trigger for many, and an obvious reminder that our neighborhood is not a priority in Minneapolis.

An encampment formed on the property this past summer (2021). That encampment was unsafe and drew crime to the area. It was cleared by the city.

A chain link fence was installed around the property. The current encampment (Nenoocaasi) viewed the fence as a benefit for safety. They moved onto the property in September and hung tarps on the inside of the fence for privacy.

The city now says the camp does not have squatters rights because they cut the lock on the fence surrounding the property.

Camp supporters urge others to contact their city council members and city staff to express their support for the camp and possible alternatives if it must be moved.

Sunshine breaks through the clouds of a brisk fall day in Minneapolis as people walk around the Camp Nenoocaasi encampment designed for Indigenous women in South Minneapolis.
Flames flicker in a fire pit set out on the sidewalk, as women and a few men sit and talk. Fawn Youngbear-Tibbetts, a slender yet wiry woman with a quiet demeanor but a strong sense of purpose, is talking about the camp, which opened on Sept. 19, 2021.
“Getting it started was kind of a group effort,” she explains. “AIM was part of it, and some of the folks over at Little Earth, and some of it was other outreach groups. I’m a street medic, and I live in the neighborhood, so when they told me there would be an encampment here I came the first night, when the first resident arrived.”
Tents for the women are set up behind a board fence in a space once occupied by a gas station. Starting with seven residents, Youngbear-Tibbetts said she counted 45 occupants a day ago. Many of them are fleeing domestic violence and sex trafficking.
“A lot of different people and groups worked together to start this place because of the missing and murdered indigenous women,” she said. “There have been several deaths on the Greenway of young Native women, but the news has not been covering it.
“Some were listed as suicides, even though a 19-year-old girl doesn’t stab herself in the stomach and throw herself off a bridge; that isn’t typical. Now there have been five.” She said one of the first women in the encampment to receive treatment had been pistol-whipped in the face.
“It’s important to have a spot out here, especially now, for women only, where we can bring in help that is really specific,” Youngbear-Tibbetts continued. She said all women are accepted at the encampment, but it is geared toward Indigenous women.
“Some are as young as 18, others are elders,” she continued. “Some have been on the streets a couple years, and others for 20. Some are chronically homeless.”
She pauses, then says “I hate the word ‘homeless!’ We were never homeless before 1492, before the Europeans came here. People talk about how we can’t camp outside during the winter, but we were living in tepees in winter for a long time, and it is very possible.”
She explained that when you come from living in the woods to living in a one-bedroom apartment, it is so restrictive and some of that is against the Indigenous people’s ethics and blood history. “Some consider it a step down.
“It’s hard enough to get sober, and with rules saying you can’t do this or that, it drives people away from housing,” Youngbear-Tibbetts said. “If you don’t have an ID but need one to check into housing, or you have to call your parole officer but someone has stolen your phone, it can be difficult.”

No overdoses
Youngbear-Tibbetts said the location ain South Minneapolis is not a typical encampment, and its standards are high. “We have not had one single overdose, and we have dealt with a lot of trauma that has been inflicted on our residents from the outside,” she said.
She noted that St. Stephens and Health Care for the Homeless have been organizations that have helped provide services. “We get regular COVID-19 testing and HIV testing,” she added. “The Minnesota Indian Women’s Resource Center opened up 30 hotel rooms, and we thought it would be enough. They took all the women, and I immediately had 12 more. For every one we place, we get two more.”
The encampment also receives reverse intakes, according to Youngbear-Tibbetts. “Homeless shelters call us, saying they don’t have space, and would we take someone in?”
She said all of the people helping operate the camp are volunteers, several from the George Floyd Square group. “We have had a lot of support from the community and neighbors,” she stated.
Youngbear-Tibbetts said that after the George Floyd protests, people got really organized. The camp has a little storage shed, a rack with clothing and a kitchen where the women residents can fix a snack or cook something when they are hungry. “We get hot meals delivered, also, from the Sisters of Camelot and Edgewater Kitchens.”
The group has a wish list, which includes warmer and sturdier tents for the winter, such as military or Boy Scout tents.

Need in Minneapolis
The need for the encampment and the services to help the women is real and required in the city of Minneapolis, according to Youngbear-Tibbetts. “All the services are here and not available out in the suburbs,” she said. She noted that the women face huge problems, including jobs that pay low wages and some of the highest rents in the country.
“We need affordable housing and access to education,” she stressed. “Ánd on top of everything else, there is COVID-19, which has escalated all the problems.”
Youngbear-Tibbetts said the encampment has a group of women who wake up early in the morning, and a group who sleeps until later in the day. “It has been a learning experience for me,” she claimed. “In the last 30 days, I have taken a crash course in social services. I knew a lot of medical providers, but have not worked with certain other providers. Now if I have a question, I have people I can call, and they usually will come.”
Camps for adults and for men as well as women are needed, Youngbear-Tibbett believes. She said the problems the Indigenous women encounter have to be in everyone’s face.
“I hope the city can actually improve the problems,” she said, “and provide access to health care and employment.”

A community
And again, Youngbear-Tibbetts stresses the importance of community.
“The other day, there was a gunshot nearby, and one of the neighbors called us to see if we were all okay. And we asked them if they were okay.”
She said that is the kind of caring among people that is needed.