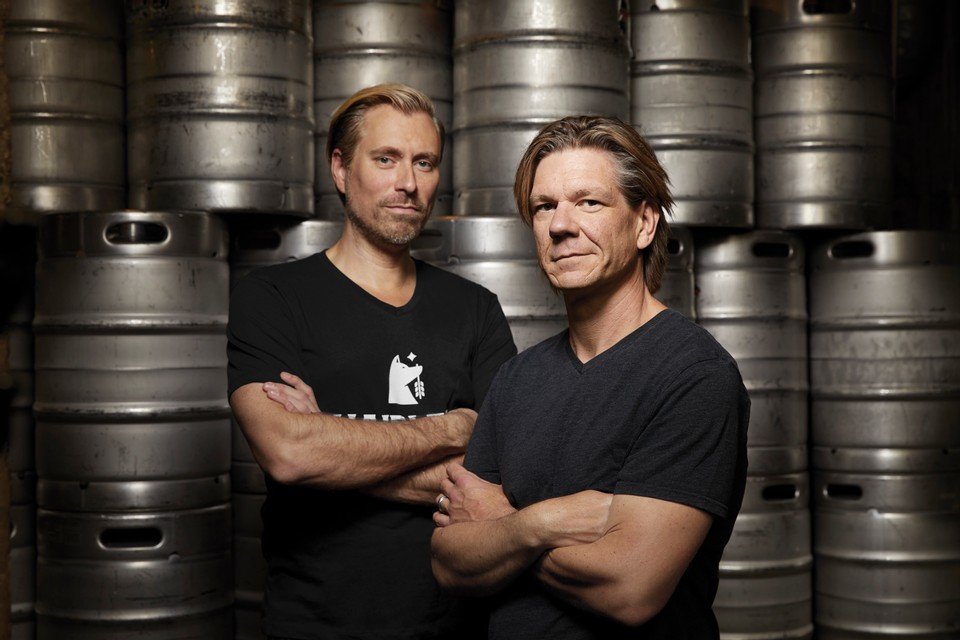 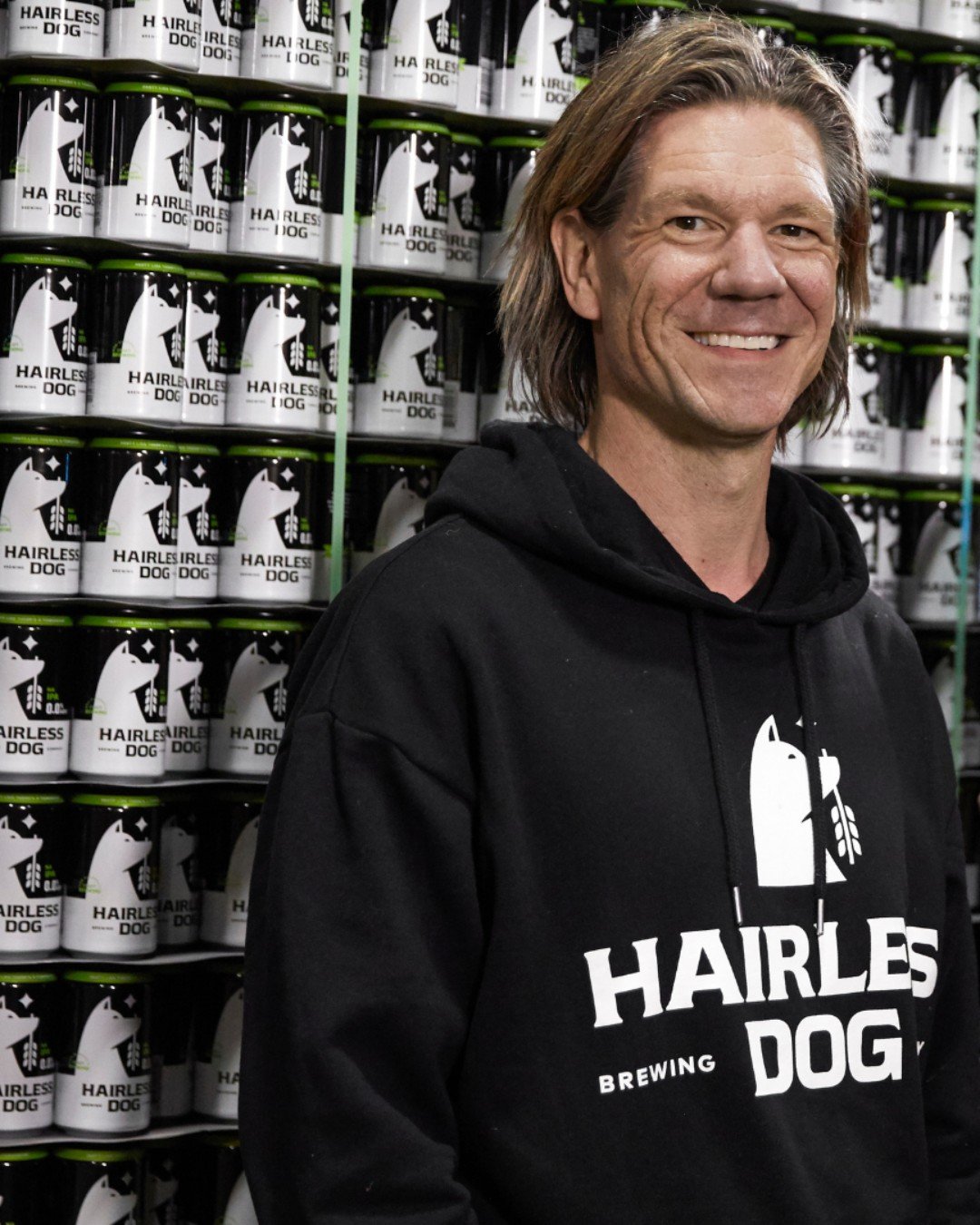 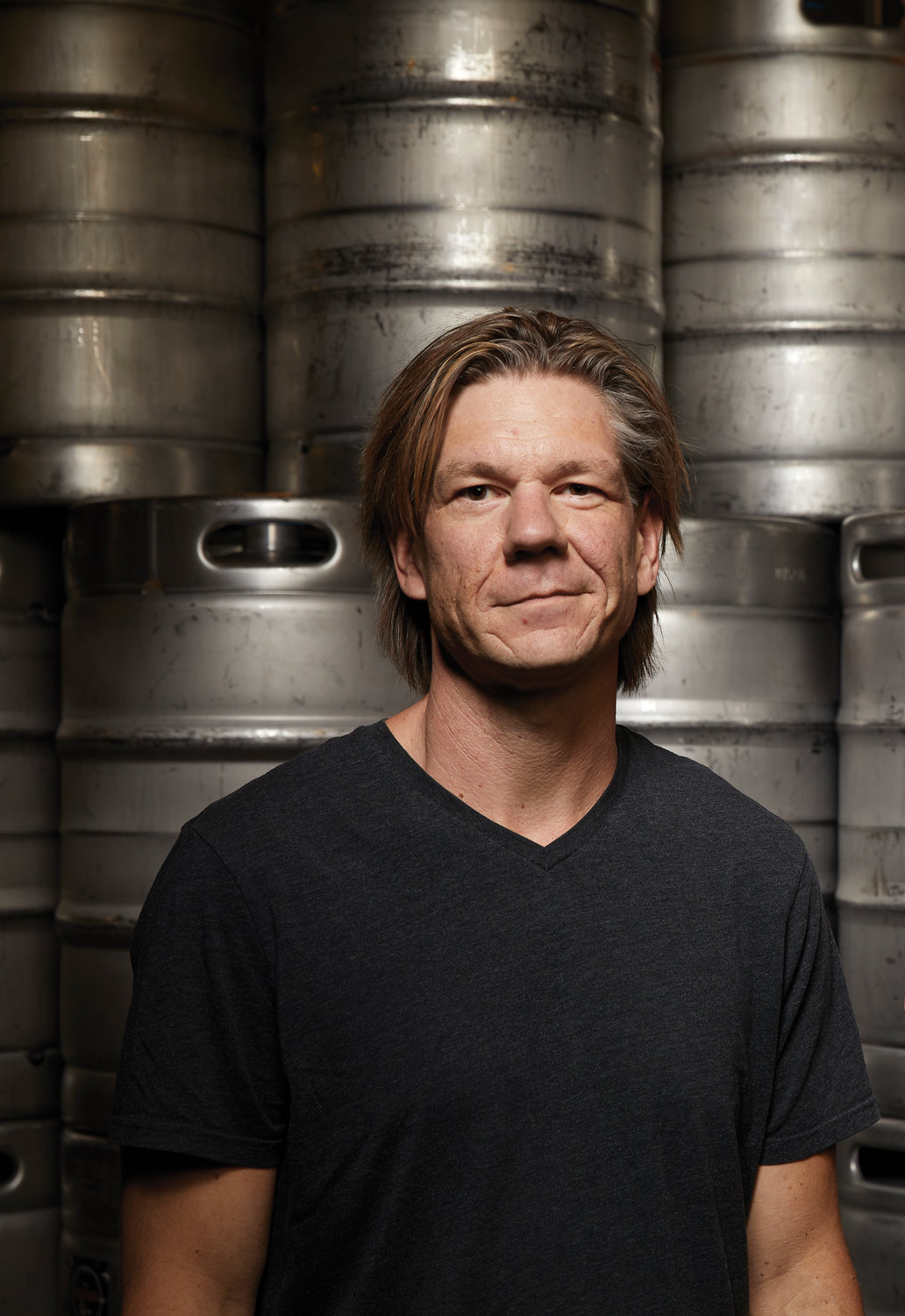 The only true 0.0% non-alcholic craft beer in America was birthed in East Bde Maka Ska. When Paul Pirner decided to give up alcohol and couldn’t find an alternative he liked, he began brewing in his garage.
When he ran into an old neighbor at a holiday party, Hairless Dog Brewing Company was born.

Please share a little about you.
Pirner: I grew up in Linden Hills, and Uptown was where we went to hang out. We’ve been in our current home in East Bde Maka Ska for 21 years now. Our kids played all the youth sports at various parks and graduated from Southwest, and we were annoyingly active parents throughout their tenure – coaching, fundraising, organizing and all that good stuff that parents do.
We love this community.

Tell us your origin story.
Pirner: My partner, Jeff Hollander, and I were neighbors and friends. They moved and we went our separate ways, then ran into each other at a holiday party and noticed we were the only two without a drink in our hands. That sparked a conversation, and quickly afterwards, Hairless Dog Brewing. It’s been a long, amazing journey since; we started hand-applying labels and driving cases to our friends’ liquor stores – like Dan Campo at South Lyndale Liquors, Phil Colich at Henn-Lake, and Ted Farrell at Haskells – and restaurants like Murray’s. It took a community to get it going and we’re really grateful for that. We built it up over time, and now we’re available pretty much nation-wide through a network of distributors and chains.

Why the name, Hairless Dog?
Pirner: It’s a play on the “hair of the dog” hangover cure. We don’t put alcohol in there in the first place, so you can drink as many as you want without the worries. It was one of the “of course that’s what the name should be” moments.

What challenges and joys have you encountered while starting a new business?
Pirner: Neither my partner nor I had ever worked in consumer products or beer before, and starting a small business in a pandemic could be a book all by itself. All the problems we’ve had echo all the problems everyone else has had in that regard. That does, in fact, make the successes that much sweeter. A good part of our audience has never had a product that fits their lifestyle like ours does, and we get some really moving, personal notes from our customers that are incredible. That’s the greatest joy of the whole thing: knowing you’re making a difference.

What are your roles with the business?
Pirner: I’m the Chief of Operations and Founding Partner, but the titles don’t mean a whole ton around here. We all wear a lot of hats and I pretty much oversee day-to-day operations, but we have an incredible team that operates pretty self-sufficiently.

What do you enjoy about NA beer?
Pirner: Everything I used to enjoy about full-strength beer, but I’m more conscious of the social aspects of it now. So much of our collective history is made around celebrations, and alcohol is normally part of that. When you don’t drink, you can feel like an “other” in that situation, and that’s really limiting. Having a really good craft beer that I can nerd out about the flavor nuances – or just sit around and be a normal part of happy hour – in a bar with my friends is what it’s all about.

What sets your NA beer apart?
Pirner: We’re the only true 0.0% ABV (alcohol by volume) craft brewer in America. Most other NA beers have some alcohol in them; if you look at the label on other NA beers it says “does not contain more than .5% alcohol by volume.” That’s the legal definition of a non-alcoholic beer (from prohibition, which was why NA beers were so bad for so long). We don’t create alcohol in the first place, so we don’t have to remove it or temper it. Hairless Dog beers deliver a full bodied, hoppy, craft-beer beer experience. They’re quite different in that regard.

How did you go about creating your own beer?
Pirner: I was a home brewer, so when I quit drinking and couldn’t find an NA beer that wasn’t a watery badge of dishonor in social settings, I started experimenting in my garage. Lots of trial and error (and very understanding friends) got us here.

Can you define ‘sober curious’?
Pirner: That means a lot of different things to different people, which is great. I think it gives people a convenient label to coalesce around that’s positive, instead of “I’m thinking about quitting booze” or something less optimistic like that. The stigma of quitting drinking was much worse even five years ago. Now sober curious people have dry January parties on Instagram. It’s fantastic.

Can you share a bit with our readers about the NA beer movement?
Pirner: It comes out of a health trend that stretches back to to the 1970s. Over the decades, people have become more aware of what they’re putting into their bodies and the effects, and this is one of the ways it’s taking shape these days. NA beer in America came about because of prohibition. Once alcohol was legal again, NA beer languished and became something that you didn’t really want to be seen with, so nobody put any effort into it. We were on the leading edge of a craft NA boom about six years ago that’s really still growing. It probably had something to do with folks my age getting to point in their lives where alcohol wasn’t holding up its end of the bargain so much any more, but we all still wanted the craft beer experience we’ve internalized.