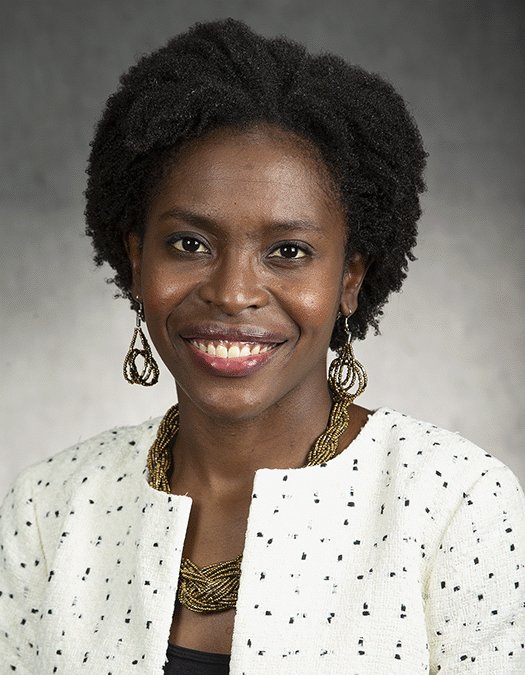 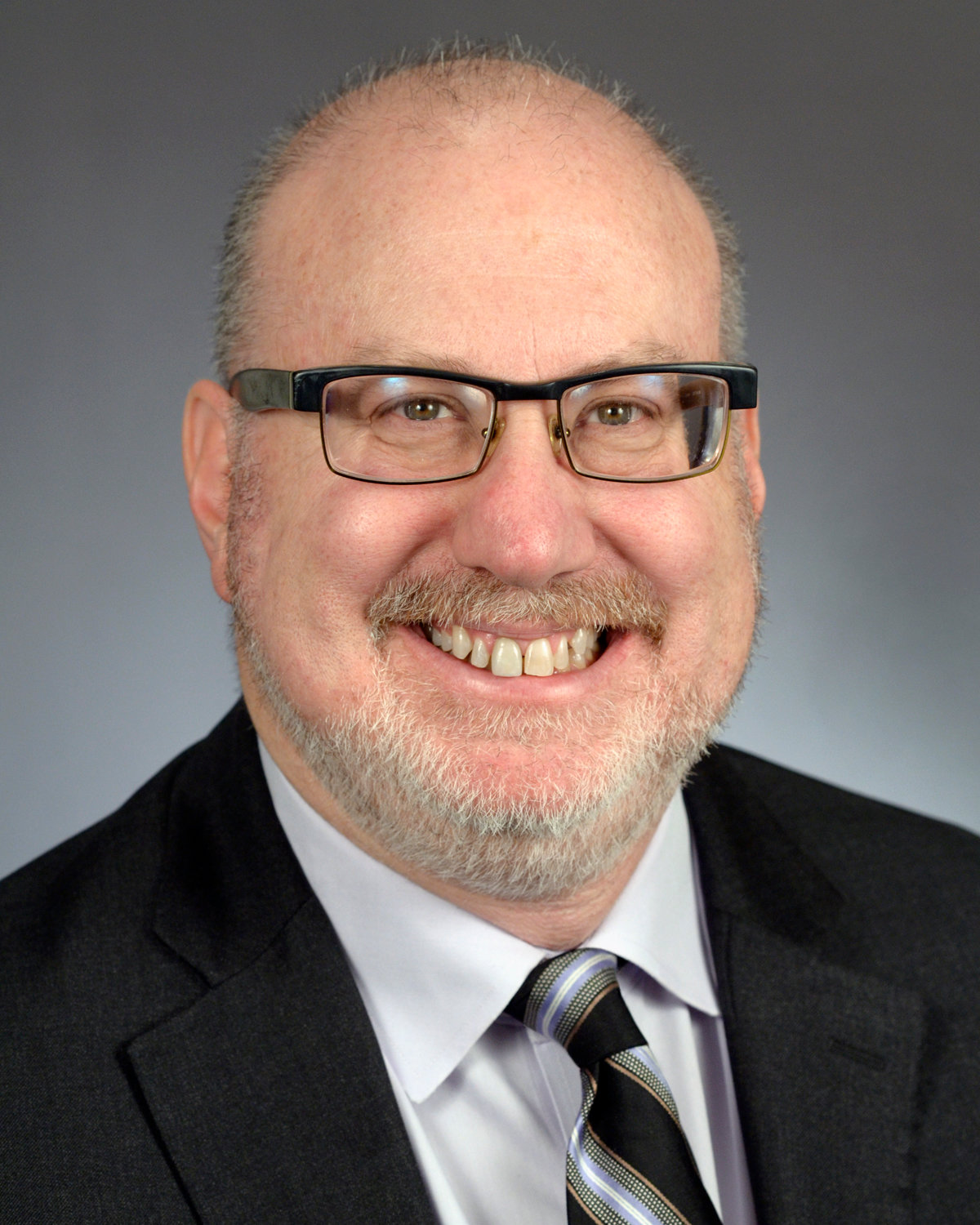 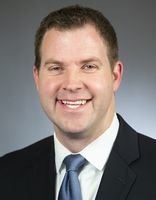 The Minneapolis Charter Commission approved new ward and park district boundaries on March 2, and the city council is scheduled to approve the voting precincts boundaries based on the new map well before the March 29 deadline. Once approved, those same precincts will be used for all elections, state, local and federal until the next redistricting that will follow the 2030 census.

Redistricting is important to people, Clegg said, because “it is going to affect who the neighborhood’s council member is, whether their neighborhood will be split and who will be in the same ward with for the next 10 years.”

One of the commission’s goals was to work to keep communities of interest, like neighborhoods, in the same ward. Communities of interest may also include social, geographic, political, cultural, ethnic, race and economic factors. Racial and language minorities, in particular and in accord with the Voting Rights Act, were given careful consideration. According to Clegg, ward 5 is the only ward with a majority of Black voters. Wards 6, 8 and 9 have a majority of nonwhite, or BIPOC, voters.

Generally speaking, at the city level, there was not a great deal of controversy about the changes. Because of shifts in population, wards 1, 6, 8, 9, and 11 had to get larger, to include more people, while wards 2 and 3 had to get smaller geographically to reduce population. Concerns that did come up centered around very specific locations and neighborhoods that were shifted to new wards, especially about adding Eliot Park to ward 6.

Based on the total population of the city, the target population for each wards was 33,073, and one of the commission’s charges was to keep each ward within 5% of the target. General changes to the Southwest wards are as follows.

Ward 7 was already within 5% of the target population. However, in response to public feedback and in the interest of putting communities of interest together, Elliot Park was moved into ward 6, thus making ward 7 too small. To grow, the West Maka Ska neighborhood and a few blocks of Downtown West were moved into ward 7.

Ward 8 needed to grow to be within 5% of the target population. To accomplish this, a portion of the Central neighborhood was removed from ward 9 and added to ward 8.

Ward 10 was already within 5% of the target population. However, in response to public feedback and in the interest of putting communities of interest together, the portion of the East Harriet neighborhood in ward 10 was moved so that the entire neighborhood is now in ward 13.

Ward 11 needed to grow to be within 5% of the target population. To accomplish this, portions of Keewaydin and Ericsson were moved from ward 12 into ward 11. This was done because ward 12 needed to shrink after the addition of Cooper.

Ward 13 was already within 5% of the target population. However, in response to public feedback and to help ward 7 grow after losing Elliot Park, the West Maka Ska neighborhood was removed from this ward. Having lost this neighborhood, the ward 10 portion of the East Harriet neighborhood was moved into this ward.

Park District 6, the southwest park district, needed to grow to be within 5% of the target population and so the East Bde Maka Ska and Cedar Isles Dean neighborhoods were added to this district.

Learn more about the city’s redistricting process at https://www.minneapolismn.gov/government/programs-initiatives/redistricting/

And see the maps at https://portal.minneapolis-mapping.org/submission/p7885

Thousands of Southwest residents will be in new legislative districts for this year’s elections, including two sitting state representatives in the area.
Because the state legislature was unable to agree on new boundaries for state and federal legislatives districts by the required date of Feb. 15, that responsibility fell to the five judges appointed by the state supreme court, whose map includes new boundaries for all state and federal legislative districts in the state.
The new boundaries will be in effect until the next census, in 2030, including for this year’s election where every state legislative seat will be on the ballot. This includes all 67 districts for the State Senate and all 134 seats for the House of Representatives. These boundaries also helped refine the Minneapolis ward, park district and voting precinct boundaries and precincts that will be finalized in March.
The state was required to redraw the boundaries of its voting districts to reflect population changes latest based on the results of the 2020 Census with each district having roughly the same number of people. According to the census, Minnesota’s total population is 5,706,494, making “ideal population” of the Senate districts 85,172, and 42,586 for the House districts. Because population growth was not uniform across the state, the boundaries of most legislative districts had to change.
In the order the panel wrote, “We start with the existing districts, changing them as necessary to remedy the constitutional defect by applying politically neutral redistricting principles. Still, this restrained approach does not necessarily yield little change. When one district changes, so must its neighbors – a cascading effect that means even a district drawn 10 years ago that remains within appropriate population deviation will need to change along with the rest of the state.”
While the numbers and general areas for all the primarily Minneapolis senate districts (59, 60, 61, 62, and 63), remained the same, all the borders were shifted to accommodate changes in population. Some of the most significant changes occurred in Southwest districts as adjustments were required to meet growing areas of population in the city and nearby suburbs. District 63B, for example, moved north and west, and no longer includes any of Richfield but includes more of South Minneapolis as far west as Xerxes.

Hornstein and Agbaje to move
Perhaps the most noteworthy change occurred when the panel approved moving District 61 to the North and the current 61A representative, Frank Hornstein, ended up living in the new District 61B, along with its current representative, Jamie Long. The new 61B now includes West Bde Maka Ska, Linden Hills and the Fulton neighborhoods, and 61A has shifted to the north and east to pick up parts of the downtown, Bryn Mawr, Harrison, and Elliot Park. Currently, much of that area is part of District 59B which also shifted to the north. This change meant that the current 59B representative, Esther Agbaje no longer lives in 59B.
Within a day of the release of the new maps, however, Agbaje announced that she intended to move and seek reelection as Representative for 59B. “The maps may have shifted, but my commitment to the people of this district remains,” she wrote. “I’m excited to welcome more of our Northside and Northeast neighbors into the district.”
Representatives and Senators must have lived for six months preceding the election in the district from which they are elected. Since election day is Nov. 8 this year, folks must live in their districts by April 8.
When Hornstein saw the new boundaries, and that Agbaje was moving, he too determined to move and run in what was largely still the area he has been representing since 2003. He was not interested in running against the incumbent in the newly formed district (61B) and said, “I have great respect for Representative Long.” He added, “Two thirds of district I represent now still lives in the district, and for me to continue to represent them requires a move.” About the new neighborhoods being added to the district he said, “I am excited for the opportunity to represent these wonderful communities. I look forward to continuing my work in the legislature to expand economic opportunities for all, racial and climate justice, public safety, and protecting our democracy.”
Since the new maps have been approved, most Southwest legislators have announced they will be running for reelection, including Scott Dibble in Senate District 61; Emma Greenman for State Representative in 63A, Jamie Long in 61B; Omar Fetah in Senate District 62; and Representatives Hodan Hassan in 62A and Aisha Gomez in 62B. Senator Torres-Ray (63) and Representative Jim Davnie (63A) announced that they would not be running for reelection well before the maps were released.
Candidates for State Senator and State Representative, as well as for judicial and statewide offices, have until between May 17 and 31 to file for office, so it is likely that many more candidates will be stepping forward in the weeks ahead.
When announcing her decision to run for reelection Representative Greenman said, “I will miss representing eastern Richfield folks but am happy to continue representing my longtime home of south Minneapolis, and new constituents in Diamond Lake, Page, Kenny, Windom, Tangletown and Armatage.”
Representative Mike Howard, with several blocks along the southern edge of Minneapolis being added to the district he represents, said, “I am excited and honored to be running for re-election in the newly formed House District 51A, which includes all of Richfield – my home and the community I love – as well as some new constituents I look forward to meeting in Minneapolis.”
Senator Dibble said, “I will miss amazing people of Kenny, Windom, Tangletown, and Hale-Page-Diamond Lake. I am excited to again represent north Bryn Mawr, Downtown West and Elliot Park –and so happy the southerly part of Harrison is now in the mighty SD61.”