News for everyone, delivered to everyone
EAST PHILIPS INDOOR URBAN FARM 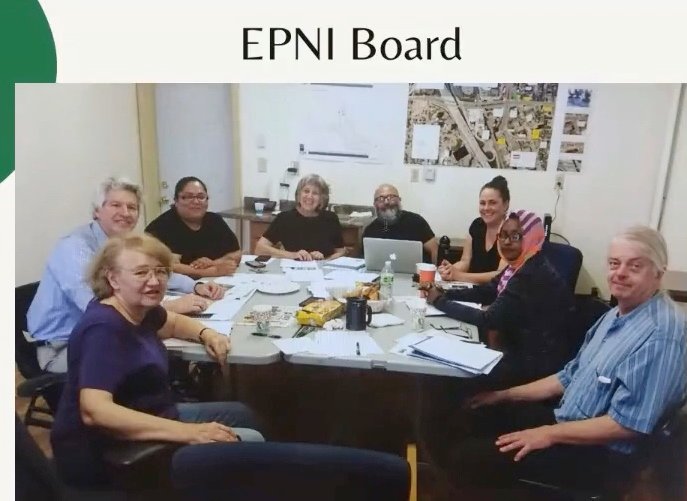 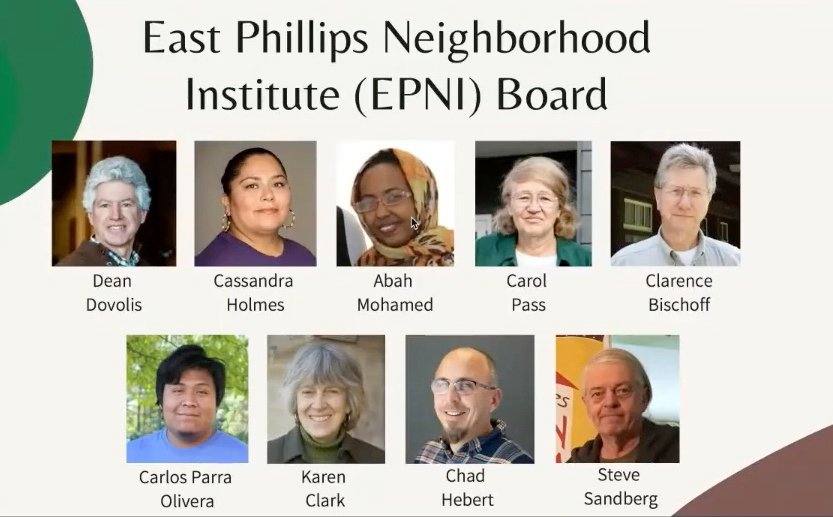 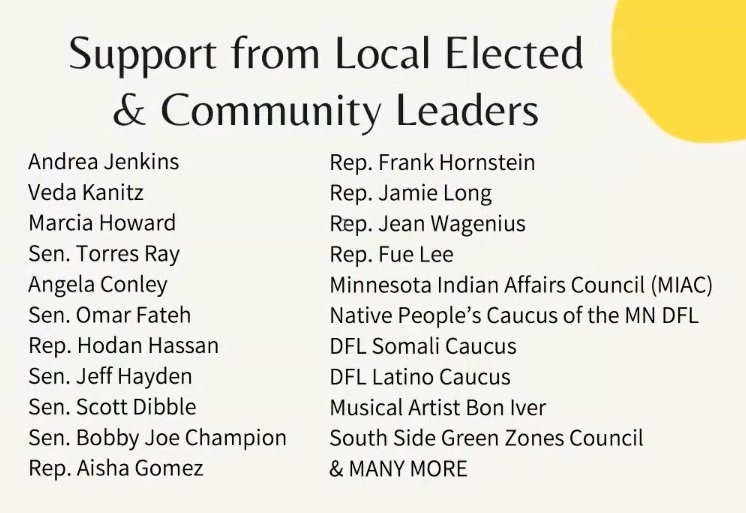 Goals of EPNI and the Indoor Urban Farm:

• Save, Repurpose, and Reuse the Sears Warehouse

•Bicycle shop on the Midtown Greenway,

• An affordable new home for many burned out local businesses,

As more people see the need to not just talk about environmental justice and racism but to do something about it, support is growing for the East Phillips Urban Indoor Farm.
During a virtual press conference on Saturday, Jan. 16, 2021, local politicians and citizens expressed their support for the project in the former Roof Depot /Sears site along the Midway Greenway that has been a dream of the community for over seven years.
After the neighborhood group moved to acquire the property in 2014, the city threatened eminent domain and purchased to store and repair its public works fleet.
“The city talks about environmental justice in every document and the actions do not reflect their documents,” pointed out Senator Patricia Torres Ray (63), who lives in Nokomis and is part of the DFL Latino Caucus.
Carlos Parra Olivera has been a part of the indoor urban farm project since he was in high school. “It’s definitely been a battle,” he observed. “We’ve been fighting for this because we really need it. We don’t want to live in an industrial zone. We brought a solution. We brought opportunities. Let’s get to that and work on it.”
The East Phillips Indoor Urban Farm project would repurpose the existing 230,000-square-foot former Sears warehouse built in 1947. The farm at the 7.6-acre site would produce organic produce and incorporate aquaponics. It would provide very affordable family housing along with free housing for homeless with the promise of food, jobs and safety. The project would also include one of the largest solar arrays in the state on the roof; a world café, coffee shop and food market with a gallery to display and sell neighborhood artisans’ works all run by local youth; a bike shop on the Midtown Greenway; and space for many of the burned out Lake St. businesses.
The project meets every goal of the South Side Green Zone and is in the South Minneapolis Opportunity Zone.

Mitigating harm
to BIPOC community
“South Minneapolis and North Minneapolis have some of the highest percentages of the BIPOC community but also carry the highest energy burdens in our city,” stated Ward 8 Minneapolis Council member Andrea Jenkins, who lives 1.5 blocks from where George Floyd was murdered by Minneapolis police in 2020. She authored a resolution to declare racism a public health crisis in the city and it passed unanimously last year.
“I see this project as a way to mitigate some of the harm and begin to address some of the inequalities that have been hoisted upon communities of color,” said Jenkins.
“I support this effort to create a more sustainable future for our city. I’m only one council member out of 13. I will do my best to fight but we need community support to help with that,” said Jenkins. “I stand with you all to bring a brighter future to our neighborhoods.”
Veda Karnitz is chair of the DFL Environmental Caucus. “The neighborhood has suffered the effects of industrial pollution long enough,” Karnitz said. “There is arsenic in the soil and polluted air. They’ve got the highest concentration of lead pollution in the state. Their children have asthma with the highest hospitalization levels in the state.
“This highly concentrated residential neighborhood is primarily home to Native Americans, Black, Somali, and Latinx communities, and the city wants to further pollute the air with a diesel parking garage.
“Haven’t they suffered enough?” asked Karnitz.
The city’s plan is to demolish the iconic Sears warehouse, which will release arsenic in the air that is currently encapsulated. It would be replaced by a series of sheds for 400 commercial city vehicles (most of them diesel), a hot asphalt storage facility, and multi-story parking ramp for the 400 employee vehicles that would be coming and going twice a day. They would also store manhole covers, sewer pipes, and sand-salt mix. No water would be treated on the site; that is done at 4500 Reservoir Blvd. in Columbia Heights.

City faces lawsuit for refusing to follow law
The city of Minneapolis is insisting that it doesn’t have to follow state law that requires any project in this neighborhood be reviewed by the Minnesota Pollution Control Agency to analyze the cumulative pollution effects. Over the years, the Clark/Berglin Environmental Justice Law has been applied to projects by the Metropolitan Council, city of Minneapolis, and Abbott Northwestern Hospital, among others.
Elizabeth Royal is representing EPNI in its lawsuit against the city because of its refusal to submit to an outside review. They’d like to also file a discrimination lawsuit based on racial discrimination but current laws don’t allow adverse affects to be factored in for environmental cases as they do for employment cases.
“What’s happening in this neighborhood is clear discrimination based on race,” stated Royal.
They are working to raise $70,000 in the next few weeks to cover legal costs and a bond as part of an environmental impact statement to prevent the city from demolishing the building.

Repairing harm,
creating a standard for future
District 62 Senator Omar Fateh stated, “Our district has suffered tremendously this past year. This project will bring much needed economic opportunity to the heart of our district giving folks the opportunity to not only work for a livable wage but to work for the betterment of our community.
“This area in Minneapolis has historically been called the arsenic triangle because of the pollution that has been concentrated in this area where Black folks, Indigenous peoples and other historically marginalized communities live. To me environmental justice means that we are not only protecting the health and safety of our historically disempowered communities but proactively and restoratively working to repair the harm caused by environmental racism. With this in mind, this project creates a standard for the future.”
Fateh added, “This project will create a nationwide template for similar projects for sustainable food production, employment and green jobs, and affordable housing.”
The private firm, Agro Fund, is ready to invest in the EPNI project. Their vision is to develop 40,000 square feet into an indoor hydroponic garden. Micro-greens or another highly perishable crop would provide nutritious greens that can be grown at a commercial scale, according to Argo Fund representative Mark Erjavec. Their plan would generate 50 direct jobs. Just as important are the spin-off business opportunities for local entrepreneurs.
Agro Fund also envisions supporting creative research and educational opportunities for adults and children.

Voice your support
“I’m hoping people are seeing how serious this is to us and how important,” remarked EPNI board member Cassandra Holmes, who resides at Little Earth of the United Tribes Community and lost her 16-year-old son to heart disease she believes was caused by pollution in the area. “We want to live. We want to survive.”
“It’s unfortunate we’ve had to work so hard to get the support, but I really appreciate the support we have today,” said EPNI board member Clarence Bischoff.
“I think our community is very ready and excited about this project,” remarked longtime Phillips resident and EPNI board member Steve Sandberg.
David Lee is a member of the Global Shapers, a United Nations World Economic Development Forum with chapters around the world, that is partnering with the East Phillips Neighborhood Institute (EPNI). He lives at 38th and Portland, just a few blocks from George Floyd Square.
Lee urged people to “contact your local legislators, Hennepin County commissioners, and city council members to support the East Phillips Urban Farm project and strengthen Minnesota environmental justice laws to protect East Phillips and communities of color.”