News for everyone, delivered to everyone
HOME & GARDEN 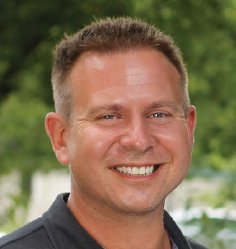 Russ Henry is a south Minneapolis resident who has served on Homegrown Minneapolis, a local food policy body, and the Minneapolis Parks Pesticide Advisory Committee. He is the founder of Bee Safe Minneapolis, an education and advocacy branch that works with community partners to create safe places for pollinators, one garden, yard, business, school, church, conversation at a time.

Large bare patches of dirt, tufts of dead grass, and birds feasting on insects squirming from the ground – if your lawn is starting to look like a scene from “Grapes of Wrath,” you might have grubs.
Grubs are causing homeowners consternation in lawns from the Twin Cities down through southeast Minnesota. Japanese beetles spend the larval part of their life cycle as a grub, and grubs love grass roots. They live in the ground eating the roots of our lawn grasses until those grasses die out. Turf that has been eaten by grubs will pull up easily like a rug.
The bad news is that grubs damage our lawns and adult Japanese beetles can wreak havoc on our favorite garden plants, shrubs, and trees. The good news is that these beetle grubs are easy to control using organic techniques.
To understand how to control grubs it is important to know the difference between dirt and soil. Dirt is simple; any percentage mixture of sand, silt, and clay combined with a relatively small biomass of living bacteria can be called dirt. Dirt doesn’t have much life in it and can’t support a wide array of microscopic organisms, which is ultimately why dirt is so easy for grubs to grow in.
Soil, on the other hand, combines the components of dirt with a wide array of living micro and macro-organisms. Perhaps the most important organisms in soil for fighting grubs are fungi and nematodes.
Fungi is a key component in soils because it provides nutrient cycling by transforming sand, silt, clay, and organic matter into plant food. It also grows in an underground matrix or web that holds individual soil particles apart from one another. This matrix formation allows air and water to flow through the soil. In this way, fungi is essential for creating a habitat for a community of soil microbes.

Ok, that’s gross
This is where nematodes enter the story and it all takes a stranger than sci-fi turn. Nematodes are microscopic worms and are the mortal enemies of Japanese beetles. Surreptitiously sliding into the bodies of grubs underground, nematodes infect grubs with bacterial diseases that knock the grubs dead. The nematodes then engage in a Caligulian orgy, eating the grub from the inside out, while reproducing prodigiously inside the corpse of the fated grub. As lovely as this is to imagine, the results speak for themselves. Lawns with high numbers of beneficial nematodes never have enough grubs to do any damage.
Cultivating a healthy soil system in a lawn starts with caring properly for plants. Plants exude approximately 40% of the sugars they make through photosynthesis out of their roots in what are called root exudates. These exudates are delicious to fungi, and encourage them to colonize roots. Fungi then extend into the soil where they chemically mine nutrients out of soil and ship them back to plants. This beneficial, symbiotic relationship is made possible because plants are able to photosynthetically create sugars and are willing to share them.

Off the tread mill
Common practices associated with conventional lawn care weaken soil ecosystems. Herbicides and synthetic fertilizers damage, or kill beneficial fungi and nematodes sometimes resulting in higher grub populations.
Mowing practices are a critical driver of turf health because the way we mow can either stimulate or suppress photosynthesis. Grass plants photosynthesize using chlorophyll stored in leaves or blades of grass. When we damage the blades of grass, we reduce a plant’s ability to photosynthesize.
Dull mower blades tear and shred grass blades leaving them weakened. Mowing shorter than 3 inches and cutting off more than 1/3 of the leaf blade both have a similar effect on most turf grass in that they severely limit photosynthesis and cause grass plants to shed roots restricting their ability to feed fungi. This suppresses a plant’s ability to produce healthy habitat for themselves.

Bringing it home
Regular aeration and over-seeding can help control grubs. Aeration is the process of pulling small plugs of soil from the ground and depositing them on the surface using a machine or hand tool. Aeration alleviates compaction and allows air and water to flow into the ground, stimulating the growth of beneficial fungi. Over-seeding adds youth and vigor to the turf.
Nematode eggs and fungal spores can be purchased from reputable labs and added to your soil to help control grubs. On their own, eggs and spores won’t do nearly as much to control grubs as combining them with aeration and over-seeding. It is important to make a home for the nematodes by aerating before adding them to the soil.
Grub infestations are a sign that soil is less than healthy. Using time tested organic methods to reduce grubs will have the simultaneous effect of supporting grass health and strengthening turf.