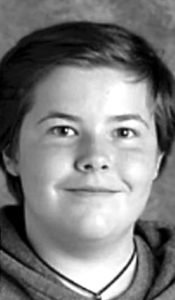 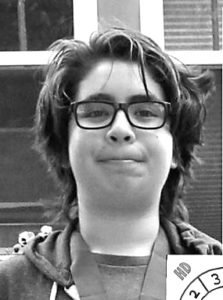 Jackson Nguyen’s screen lagged a bit. He nervously awaited to hear the news of how his, and his partner, Jack Randolph’s, website had done in the National History Day competition (NHD). Due, to the COVID-19 Pandemic, the awards were broadcast online. What had started out as an assigned project for all seventh graders at Sanford Middle School, 3524 42 Ave. S., had become a long road to the NHD competition. In the past couple of weeks, there had been a Google Hangout each day with Jack and teachers in order to revise their project. But, it wasn’t long until he heard his family’s cheers come from downstairs and he knew he had won.

If a project is in the top two at the local levels, they move on to the national levels hosted by the University of Maryland. While the competition is usually held in Washington, D.C., the 2020 National History Day contest moved online, due to COVID-19, with the award ceremony shared live on June 22, 2020 via a live stream from the National History Day website. Nguyen and Randolph’s project won first in their category for the NHD contest; the prize was $1,000.

Randolph and Nguyen’s website, “The Four Pests Campaign: The Consequences of Breaking Ecological Barriers” found at https:\\site.nhd.org\48608894, is 1,200 words focused on what happens when humans try and get rid of animals seen as pests. They did this through the lens of The Four Pests Campaign. This was a campaign started in China in the 1950s; the thought process being that if some pests were exterminated for good, it would boost public health. In reality, it led to the Great Chinese Famine and changed the way the ecosystem worked.

“I was interested in the idea of countries going to war with animals,” Nguyen said.

The idea of breaking ecological barriers came to him when he saw a YouTube video about The Great Emu War. This was when Australia tried to get rid of the large birds called emus in order to control their population as they were considered a nuisance to the public at the time. This “war” on the emus lasted from Nov. 2 to Dec. 10, 1932.

However, Australia’s attempts to eradicate the birds did not prevail. With a topic picked out, Nguyen and Randolph were ready to begin their website. Part of the assignment was done before schools switched to online delivery. The two were able to do research at the libraries, go to helpful informational lectures held at the middle school, and interview ecologists. But after the Stay-At-Home order began, meeting and research became more difficult.

“Once COVID-19 started, it was mostly on our own time, and in the last week, we had Google Meets every day along with some interviews. It was a lot,” Randolph said.

As the History Day competition went on and their website moved up through levels of the competition, Randolph and Nguyen revised their research at least six times. This was done with the help of teachers and judges’ feedback. Before the Stay-At-Home order was instated, they would go to the Media Center at the middle school, but later in the competition, all of the revising was done online. The Google Website Designer, a program made to guide users through steps of building a website, was so finicky that it would only save one person’s work at a time. The two would screen share over Google Hangouts and talk over ideas while one typed in the information and the other watched from the opposite side. After each level and revision, they were excited, but became more and more nervous. They never thought that their website would go as far as it did.

“We started off aiming for state, but as the competition went on, it became more nerve wracking,” Randolph said. “Our thought process became: We’ve made it this far, but now it’s time to bring it the final mile.”

Neither Nguyen nor Randolph know if they’ll do the competition next year because it’s no longer required by Sanford Middle School and will be entirely on their own time. However, they say that they’ve learned a lot from this experience. They’ve learned things not only about ecology, but also in general. They feel more comfortable with interviewing people and have gained knowledge for projects in the future.

When asked what advice they’d give to others, Nguyen said, “Always look for feedback. Ask everyone around you for open advice.”