Debreselam EOTC wonders who will help with the clean-up? 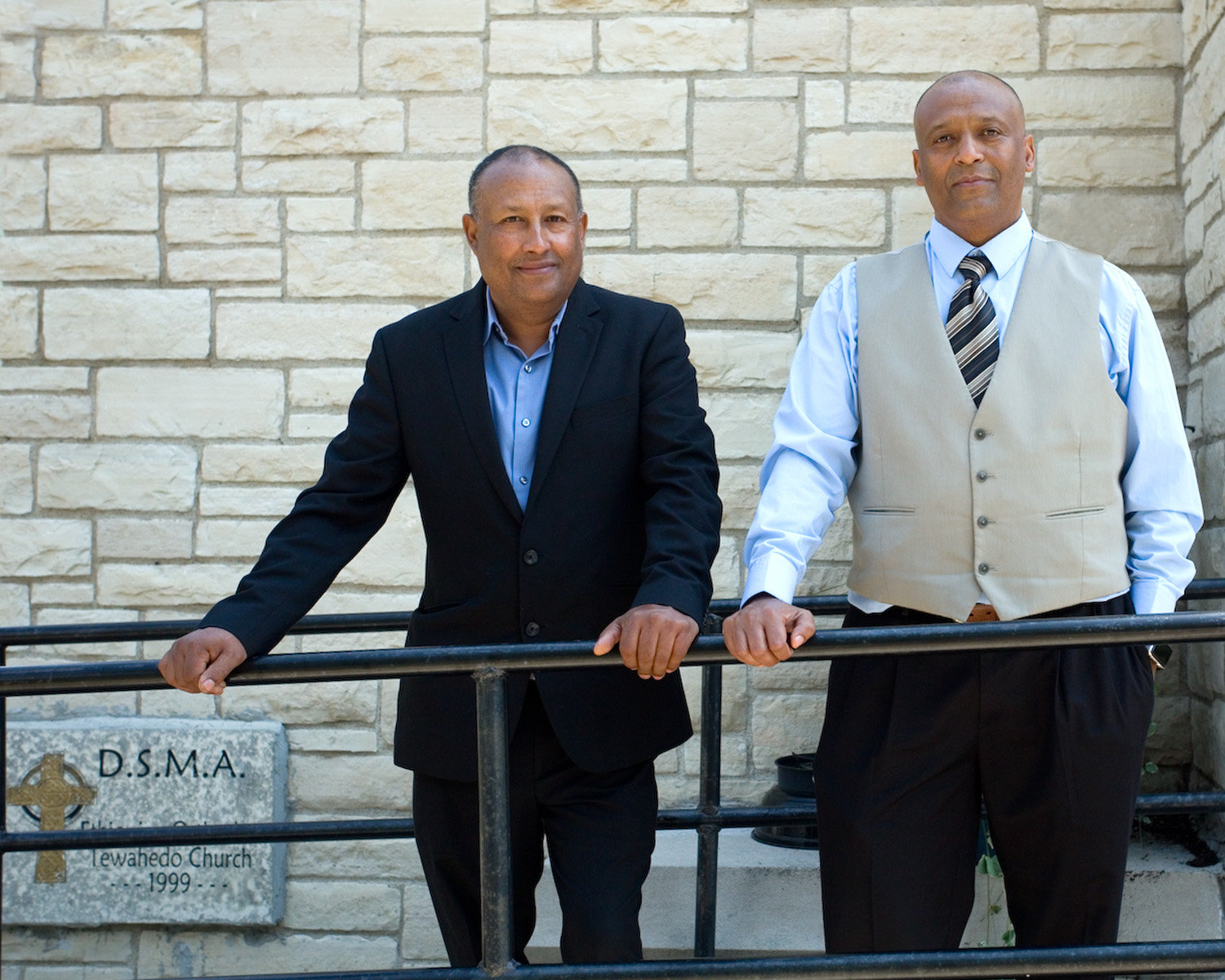 Church members Worku Moges (left) and Melaku Weldetsadik (right). Moges said, “Our landscape contractor looked at the property, and discouraged us from bringing our congregation there. He couldn’t even mow the grass safely, because of buried sharps and IV needles. The shrubs on the outside of the fence are overgrown, but what might be buried there?” (Photo by Margie O’Loughlin) 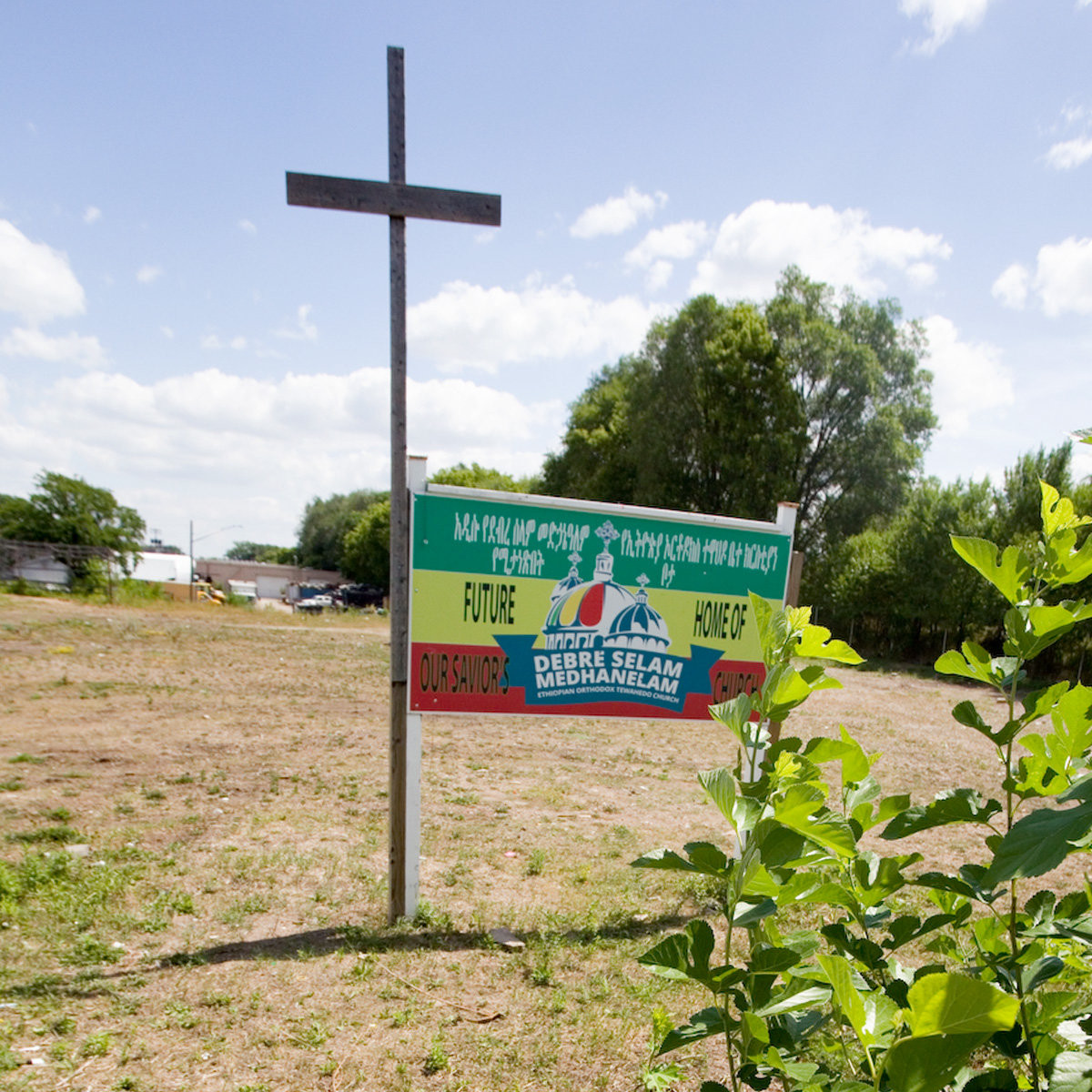 Melaku Weldetsadik said, “We are worried that the encampment could return. People have come back and cut through the fence in several places. We don’t understand why we seem to have no rights as property owners.” (Photos by Margie O’Loughlin) 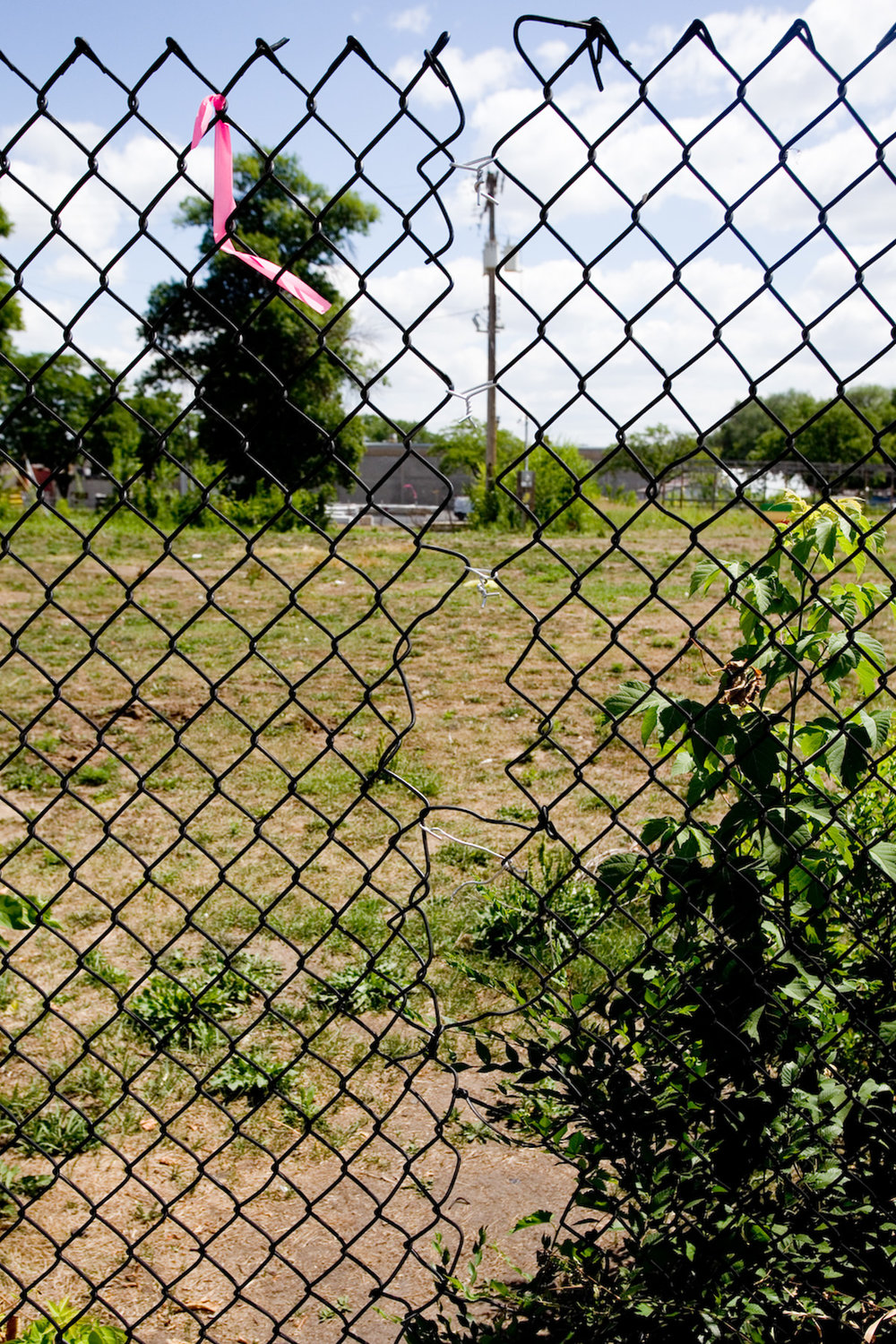 Melaku Weldetsadik said, “We are worried that the encampment could return. People have come back and cut through the fence in several places. We don’t understand why we seem to have no rights as property owners.” (Photos by Margie O’Loughlin)
Previous Next
Posted Friday, September 3, 2021 12:17 pm
By Margie O’Loughlin

The Debreselam Ethiopian Orthodox Tewahedo Church of Our Savior (EOTC) congregation is searching for answers, after land it owns in the Seward neighborhood was occupied by a homeless encampment this summer.
The church has owned the nearly three-acre parcel of land between 30th and 31st avenues along the north side of the Greenway since June 2016. Their intention is to build a new church building there to house their growing congregation. According to neighbors, several tents were set up on the church property on May 5.
Church leaders posted “No Trespassing” signs along the fence line, and told members of the homeless encampment they had 10 days to vacate the property. As it turned out, the encampment remained on the property until July 15. At its peak, the number of tents was estimated at 50.

A moral quandary
Several weeks into the encampment, a statement issued by Debreselam EOTC said, “Our church believes in treating our neighbors as ourselves. We are attempting to serve this encampment’s residents in partnership with the city of Minneapolis and local non-profits.
“We are committed to doing everything possible to support our neighbors experiencing homelessness in finding their next, and hopefully better, destination. Debreselam EOTC is working to deepen our connections with our nearby neighbors and with the partners who are working collaboratively toward a better outcome for all.”
Church leaders communicated with city officials over the course of the next two months trying to resolve the situation. According to a statement from the city of Minneapolis, there was adequate space to accommodate all of the encampment residents in shelters until they could transition into permanent housing.
The statement said, “The city’s goal is for all people to have permanent housing that is safe, stable, and affordable over the long term. Since March 2020, the city has invested $13.4 million in Minneapolis shelters and to expand street outreach services. Because of these investments, we have 200 more shelter beds (including low barrier, culturally specific shelter) available than we did last year. Another 36-bed facility is under construction. The shelters are open 24/7. They have COVID-19 protocols in place, and services to help people transition into permanent housing.”
However, many of the residents of the Seward homeless encampment did not leave.

Uncharted territory
As the encampment size grew, neighbors reported seeing people having sex and doing drugs out in the open. Many neighbors said they felt threatened in their own homes. Business owners said some employees no longer felt safe going to work.
According to Debresealm EOTC chairman of the board of trustees Melaku Weldetsadik, “There was no Minneapolis police presence during this time, because they said there weren’t enough officers to help us.”
Eventually the city of Minneapolis and the American Indian Community Development Corporation (AICDC) created a service center within the encampment to support residents in moving forward. AICDC partnered with community members including the American Indian Movement (AIM) to create some sense of security in the neighborhood.
July 15 was set as the date the property would finally be vacated. With the help of community activists, neighbors, Ward 2 City Council member Cam Gordon, and the organizations listed above, it was.

Now what?
The Debreselam EOTC has owned their current church building at 4401 Minnehaha for 23 years. They are bursting at the seams, and are still planning to go forward with plans to build a new church on their Seward property.
Due to COVID-19, they missed several fundraising opportunities on their land last year because it was unsafe to gather. They had planned fundraising events for May and June of this year, neither of which could happen because of the homeless encampment.
Melaku Weldetsadik said, “Once we learned that the land would be ours again, we planned a fundraising event for July 31. We had two weeks to get ready. However, our landscape contractor called to say they couldn’t mow the lawn because of health hazards. The homeless encampment created serious health and environmental concerns on our property. There are IV needles and sharps on and in the soil, and used condoms and human excrement all over the place. We have so many young children in our congregation; we fear for their safety if we hold an event there now.
“We are still planning to break ground in spring 2022, but we are behind with our fundraising schedule. This last year, all of the costs associated with construction have sky rocketed. Any in-kind or monetary donations from the community for construction materials would be greatly appreciated. We would love for the neighborhood to feel a sense of involvement, and to understand that we are going to clear and improve the land.”
To make a donation to the building fund of the Debreselam EOTC, or to learn more about their current situation, contact Melaku Weldetsadik at Wow20006@gmail.com.