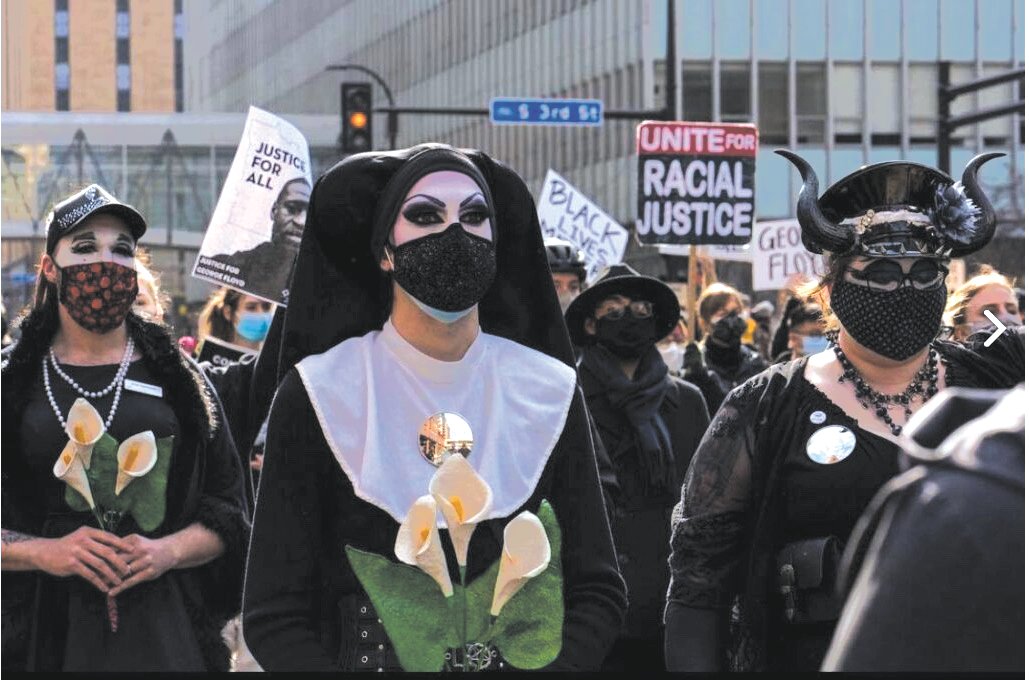 Ladies of the Lake at a downtown Minneapolis protest. (Photo submitted) 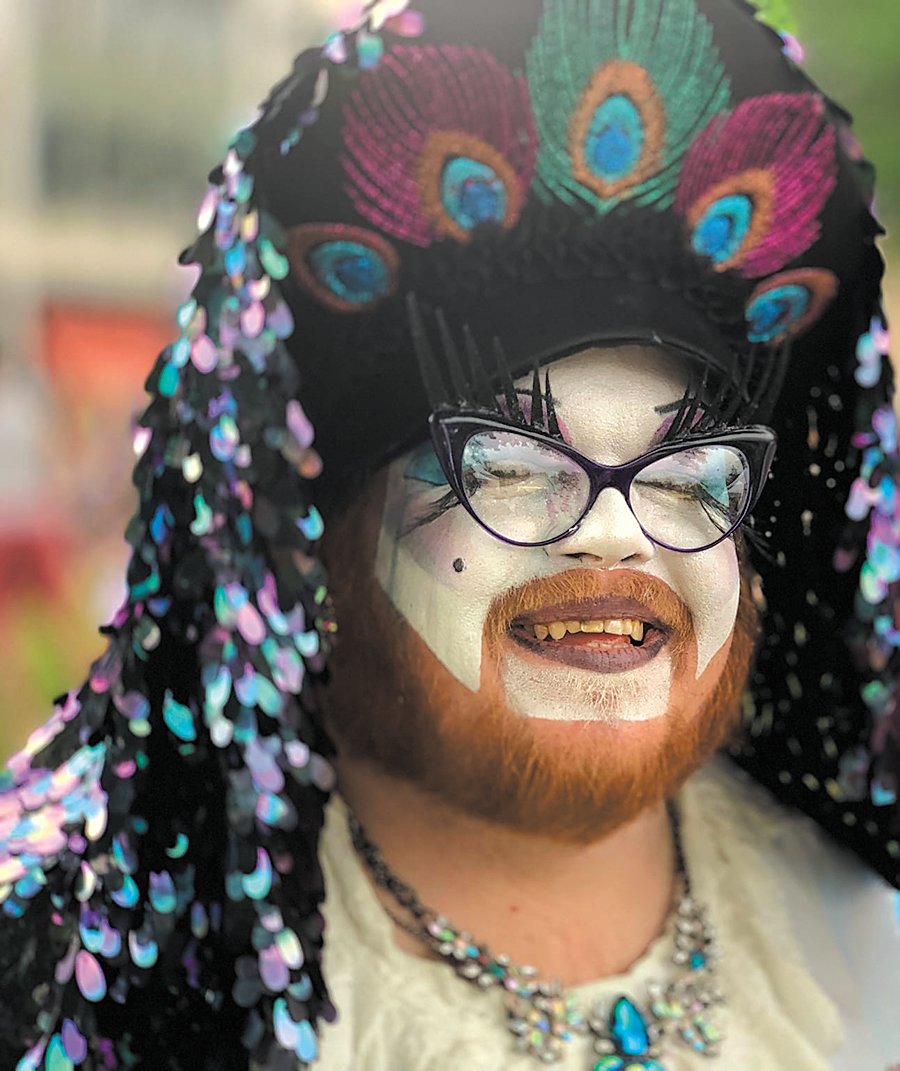 Rob Warmboe, whose identity in the Ladies of the Lakes sisterhood is Sister Tammy Gaye-Bakery, said, "Our service focuses on the queer community, but we know it's not just queers who need joy in their lives. We try our best to meet people where they are at." (Photo submitted) 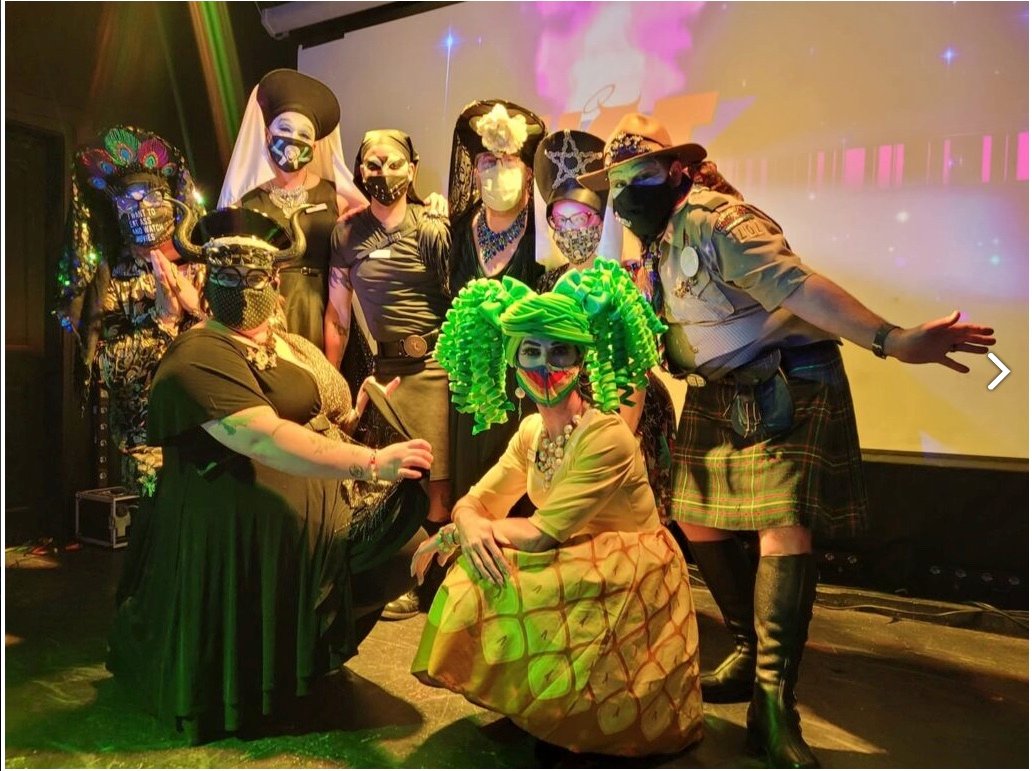 Ladies of the Lake members gather for fun and fundraising. The steps to join begin as volunteer, move to postulant, then novice and finally a fully professed sister. There is a lot of study and participation along the way. (Photo submitted)
Previous Next
Posted Friday, October 1, 2021 6:31 pm
By Jan Willms