News for everyone, delivered to everyone
AGING WELL 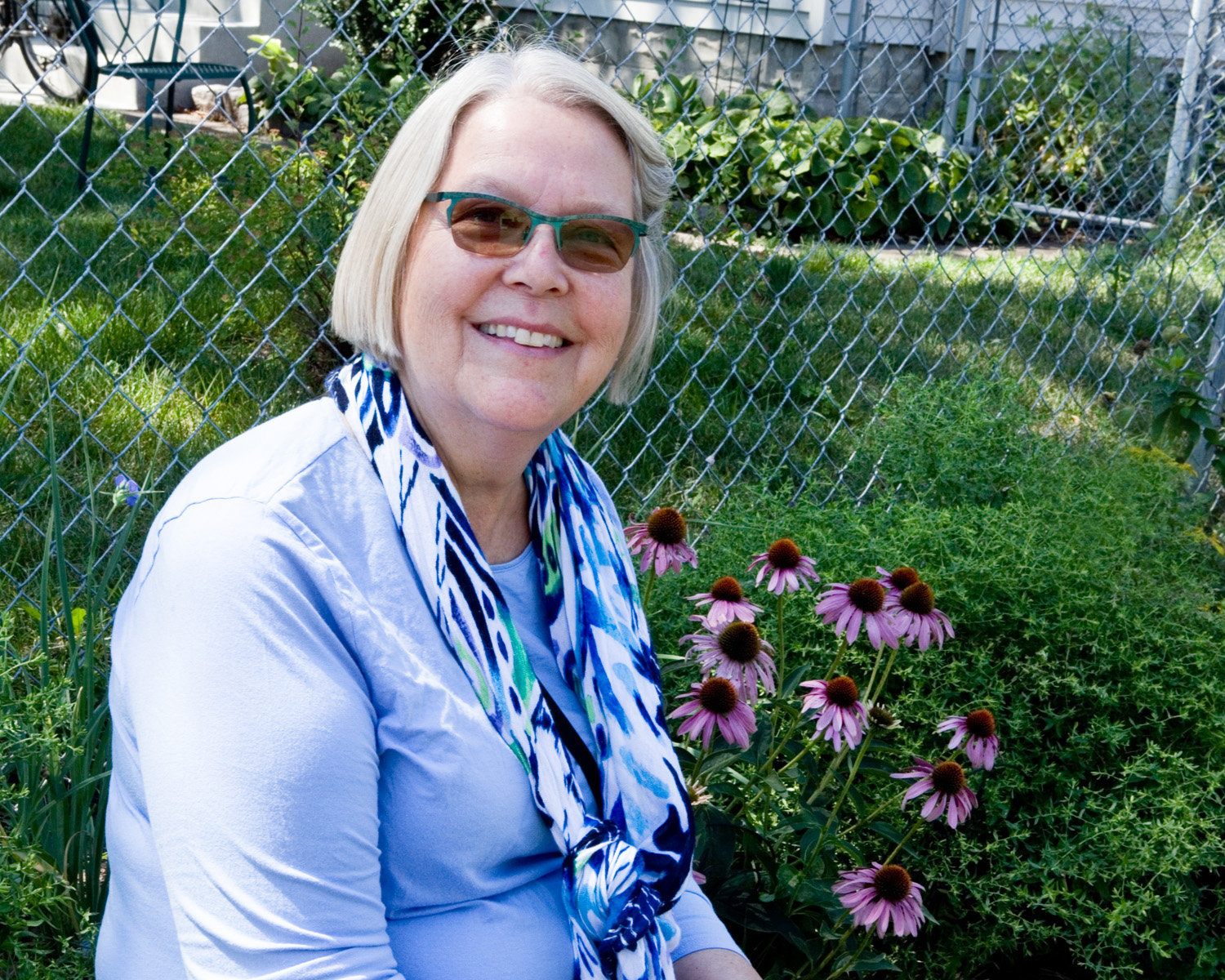 Linda Kjerland was a Garden for Wildlife mentee in her first year of developing a backyard habitat for wildlife. (Photo by Margie O’Loughlin) 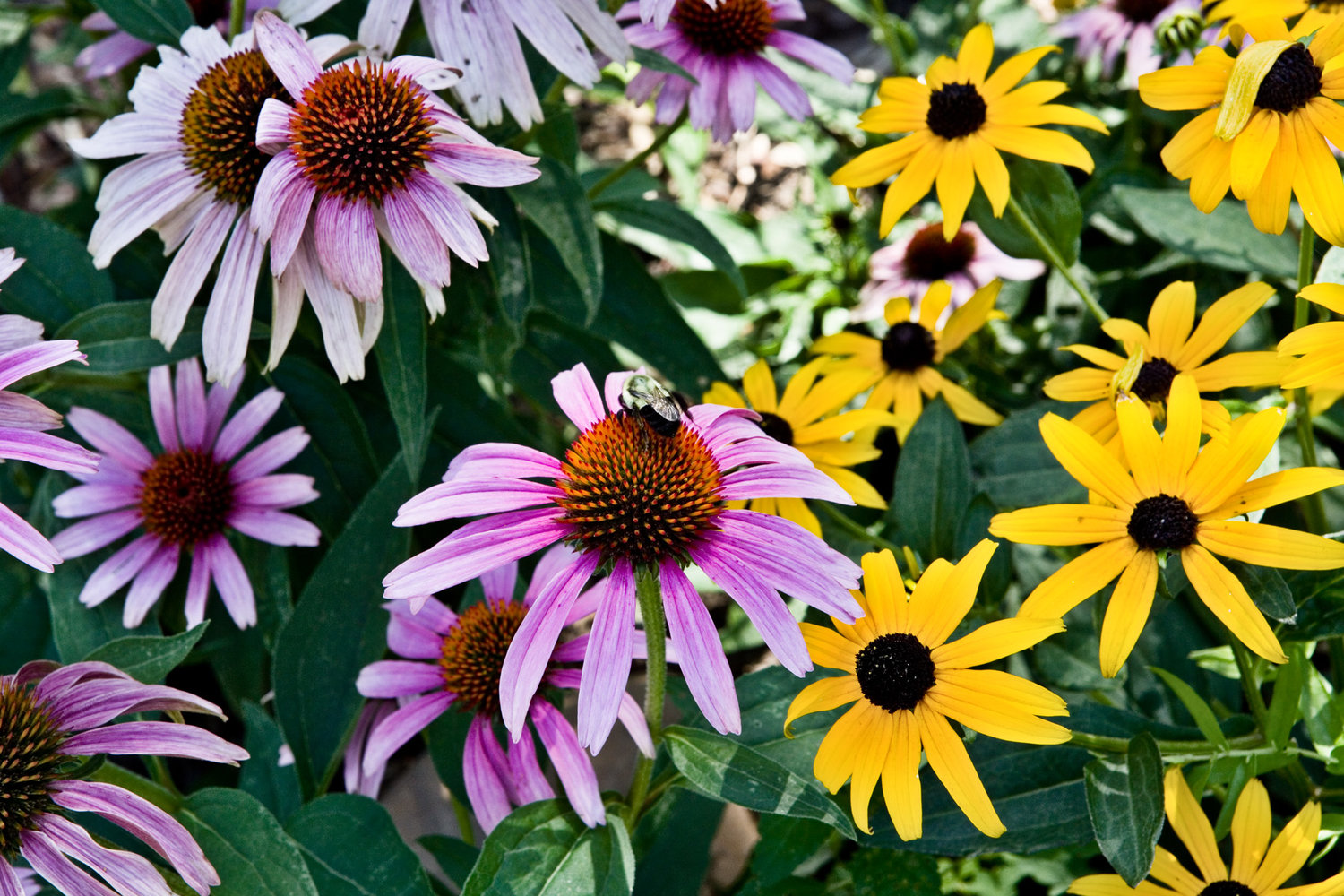 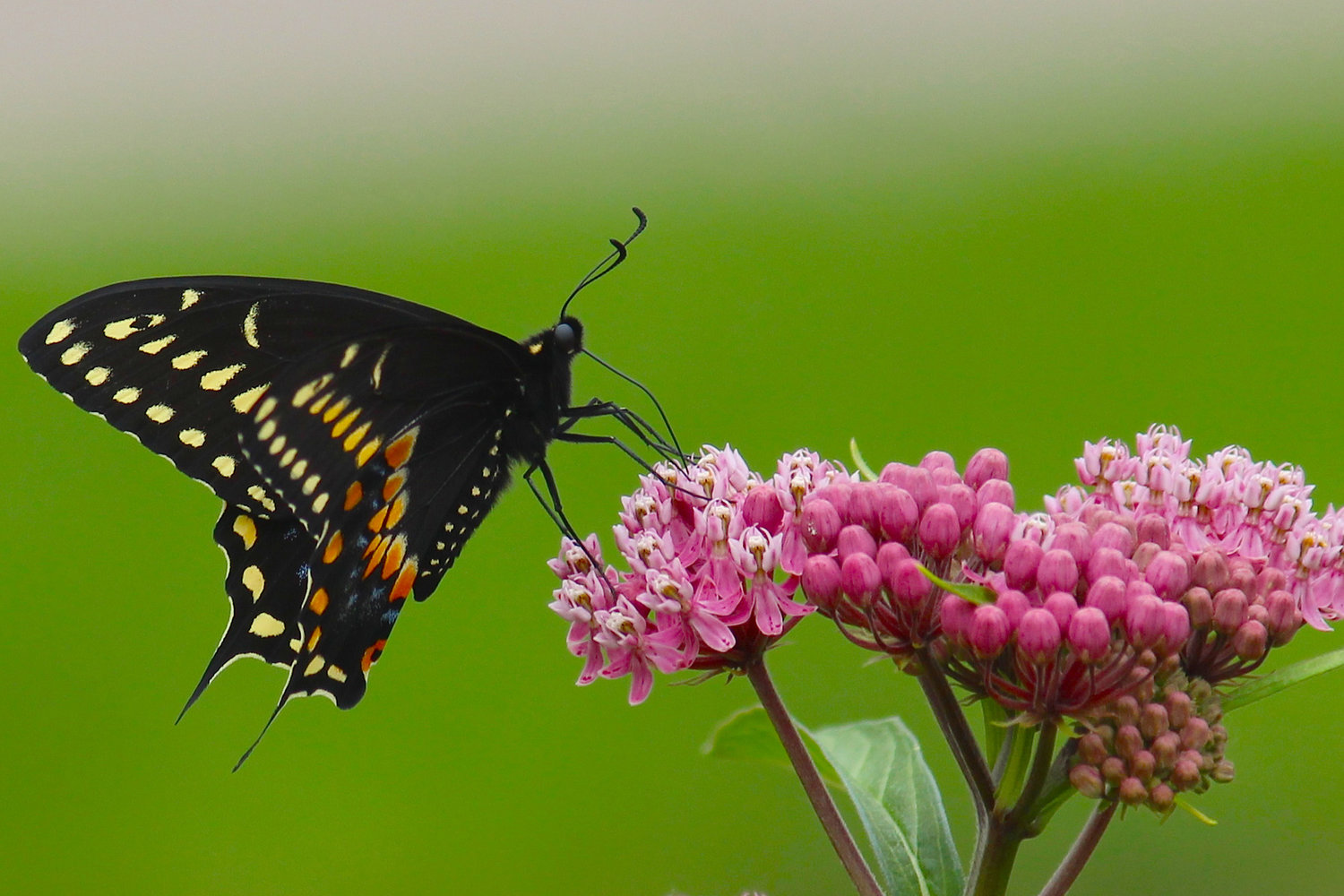 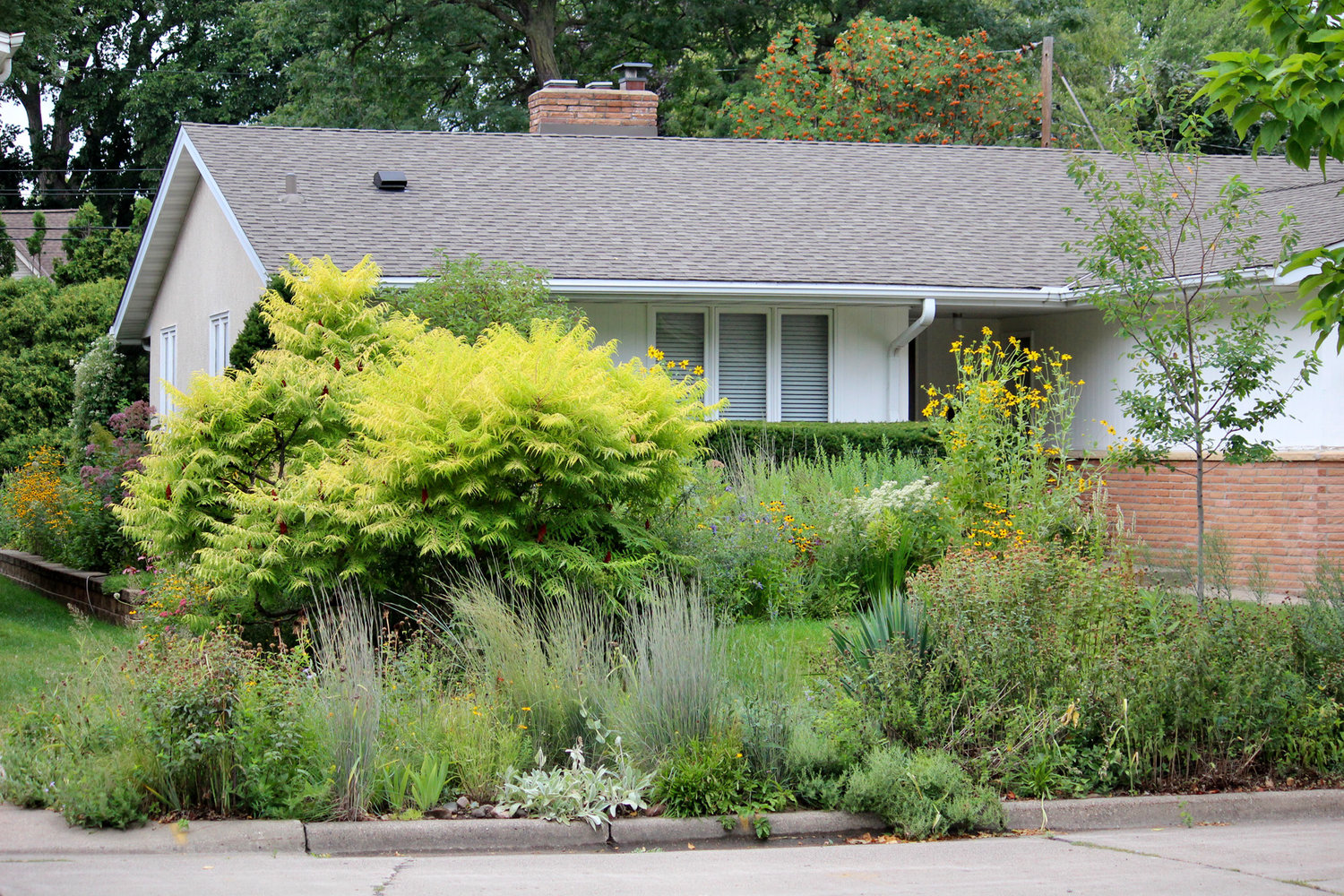 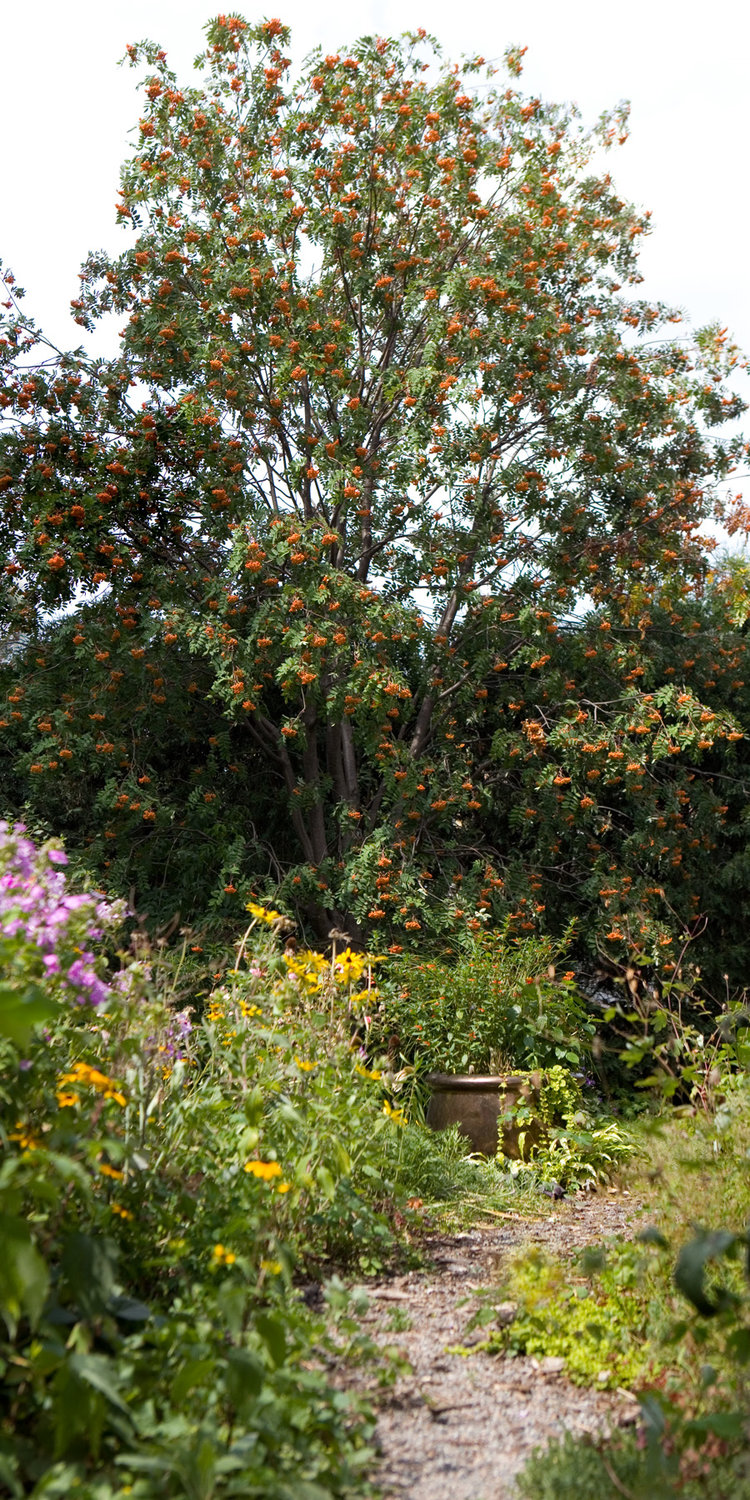 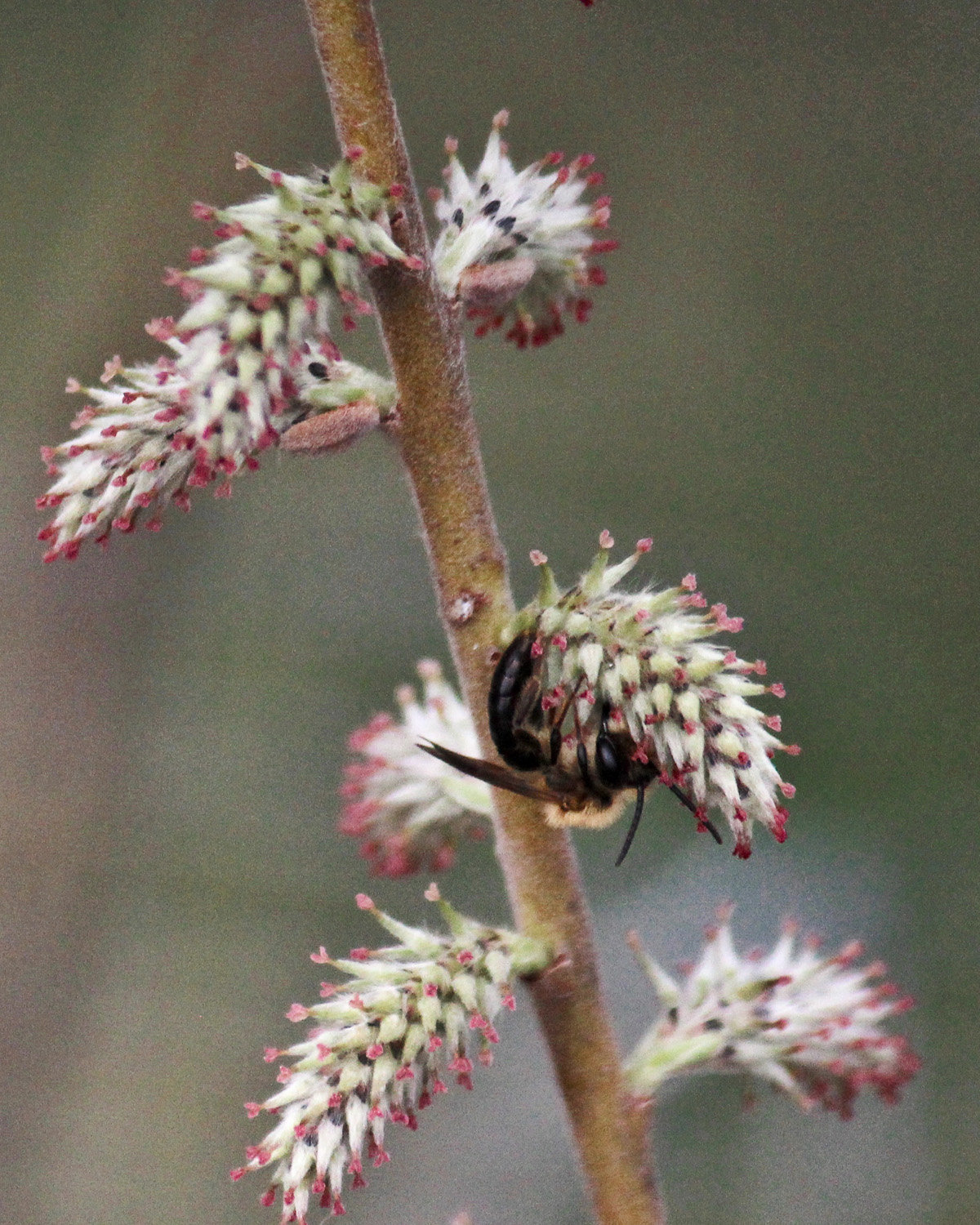 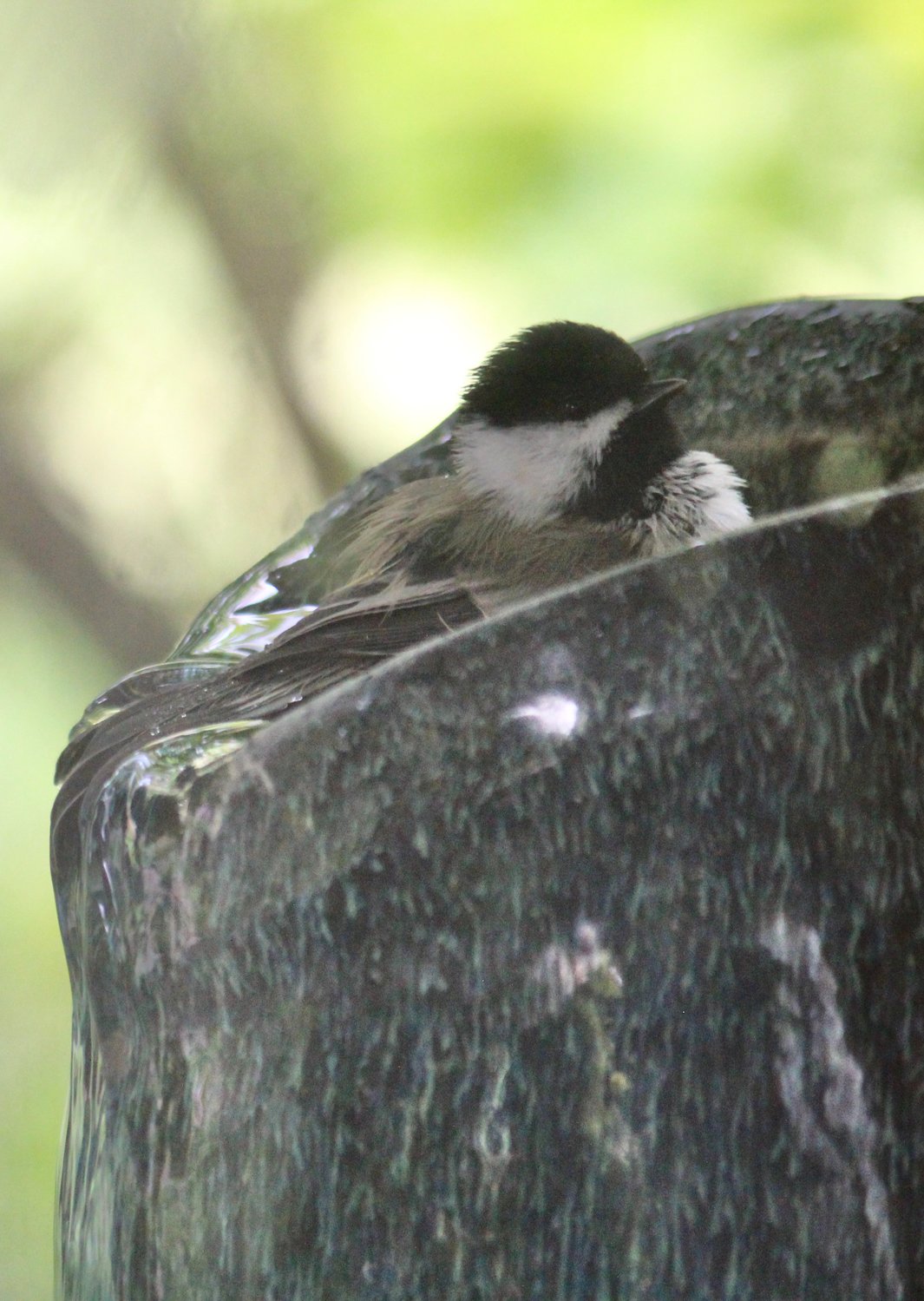 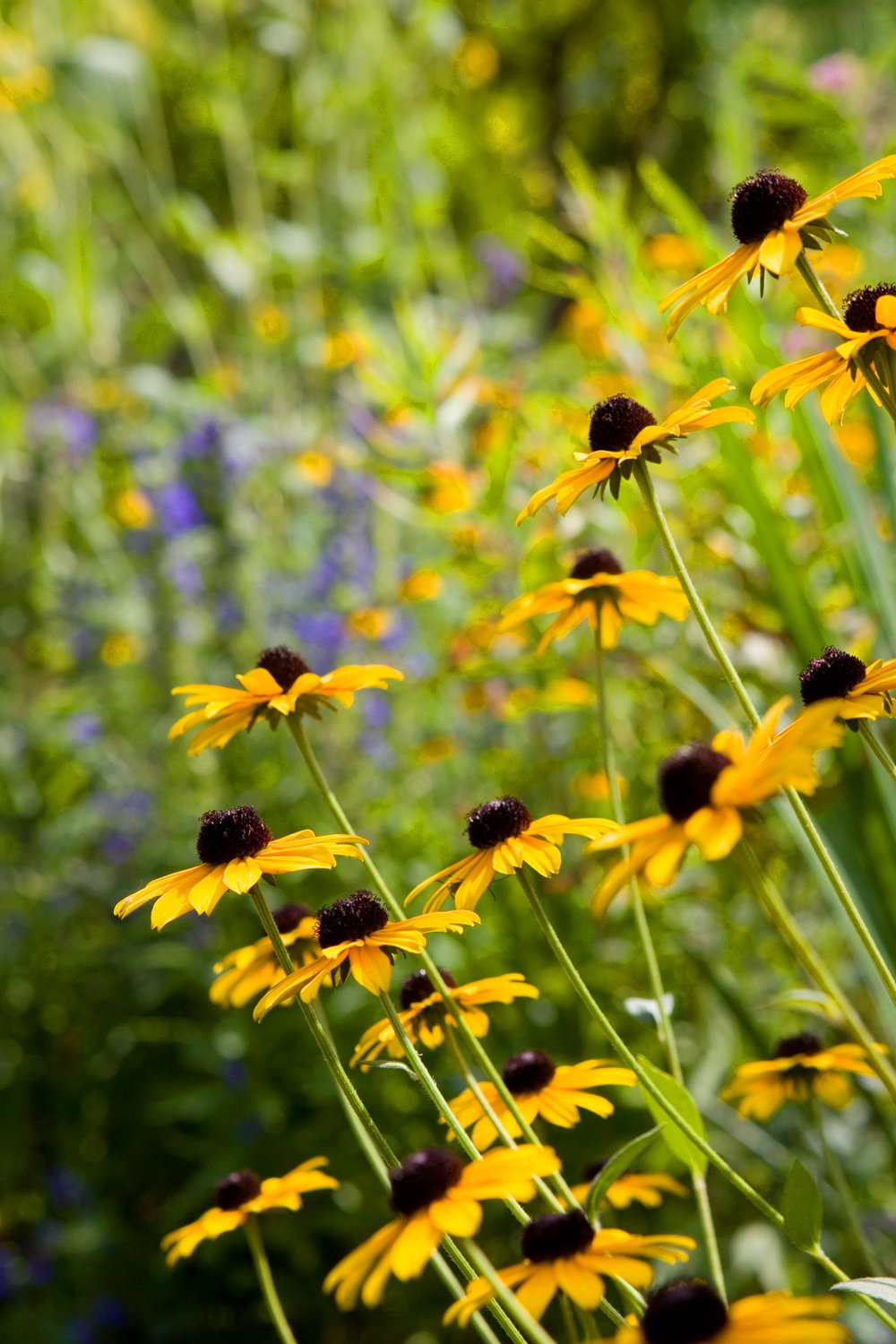 Linda Kjerland moved to her Longfellow home 10 months ago, from a condo in St. Paul. Over the course of the winter, she started thinking about how to expand her garden and turn her lawn into something more than just grass. While enjoying last winter’s Longfellow Garden Club’s Zoom meetings, she learned about the National Wildlife Federation’s Garden for Wildlife Program from local chapter coordinator Dan Schultz.
Linda said, “I was impressed by the neighborhood’s commitment to native plants and creating habitat for wildlife, so I joined the Garden for Wildlife Program.” Come spring, after being assigned a garden mentor – she was off and running.
Her garden was included in the Longfellow Garden for Wildlife Tour on Saturday, Aug. 14, 2021. Ten gardeners opened their garden gates to show the beauty of their native plants in action.
Linda’s home and yard are a typical size for Longfellow. Her first-year goal was to create an understory beneath her existing tree canopy, which includes a 30-year-old elm in the backyard and a 20-year-old pin oak in the front.
She planted several different kinds of native shrubs, including two varieties of Serviceberry bushes that will fill in the mid-range for height: Saskatoon and Downy.

Grow native plants
While earning her Garden for Wildlife certificate, Linda immersed herself in the teachings of Douglas Tallamy: a University of Delaware entomology professor and author. His first book, “Bringing Nature Home,” contends that the widespread use of ornamental plants is creating serious environmental problems. Along with climate change and habitat destruction, wildlife populations are declining because the native plants they depend on for food are disappearing.
This is something that individual gardeners can actually do something about. His philosophy is best summed up in these three words, “Grow native plants.”
From Dr. Tallamy, Linda also learned about the concept of “soft landings.” She explained, “Insect life is so rich in our tree canopies. As part of their larval stage, many insect species need to drop down and land on something soft in order to burrow into the ground and complete their life cycle. Having a soft surface like garden beds or mulch (not turf or concrete) under trees makes the likelihood of insect survival greater.”

Water for birds and insects
To get certified as a Habitat for Wildlife through the Garden for Wildlife Program, a garden must provide food, water, shelter, and a place to raise young. Plants should be grown without systemic insecticides (like neonicotinoids) or applied insecticides, and lawns should not be chemically treated.
To meet the water requirement, Linda placed birdbaths in the different locations in her yard. She said, “Consider putting stones in your birdbath to give smaller birds, butterflies, moths, and insects a place to rest while drinking.” A regular source of clear drinking water is always important, but it has been especially important this summer with the lack of rainfall and puddling.

Leave the leaves alone
Linda doesn’t bag leaves in the fall anymore. She said, “Dry leaves are like gold to a gardener, and can be used to mulch almost every kind of bed.” Exceptions are plants that require more acidity like rhododendrons and blueberries.
In general, mulching with shredded or un-shredded dry leaves buffers soil temperatures – keeping soil warmer in winter and cooler in summer. It improves soil fertility as it decomposes. Leaf mulch helps soil retain moisture, which means less watering, and leaf mulch suppresses weeds.
Let fall leaves rest in flower beds over winter; check in the spring that they haven’t formed too dense of a mat. Skip the leaf bags. The leaves will decompose, with the aid of worms and weather, and return to the soil.

Providing a food source for wildlife
Penny Fuller is a seasoned native plant gardener, a Longfellow resident, and one of this year’s Garden for Wildlife garden mentors. She has been working on her native plant and wildlife haven for more than a decade. Her boulevard plantings overflow north into one neighbor’s boulevard, and neighbors on both sides of her house planted native trees this year.
Penny has the rare garden that flourishes on all four sides of her house. She said, “The rain garden in front has over 40 native species. The catalpa on the boulevard creates the upper story. The mid-canopy layer consists of staghorn sumac, chokeberry, button bush and serviceberry. Each species produces flowers, fruit or seed. Maximizing vertical space is necessary to create more food density and habitat in a small yard.”
Also included in the rain garden are blue lobelia, purple cone flower, cardinal flower, swamp milkweed, butterfly weed, liatris, pearly everlasting, little bluestem (a native prairie grass), and many other native plants.
One side of Penny’s house is shaded by eight-foot-tall Joe Pye weed and cup plant. Both are full of seeds to sustain birds that stay the winter. The stems are hollow, and provide a winter home for many beneficial insects.

Native plants require less water
An avid birder and amateur entomologist, Penny provides food for birds throughout the season by keeping her plants healthy. One of the many attributes of native plants is that they usually require less water than ornamentals, but this summer’s drought has been extreme. She said, “I found myself watering more than I would have liked.”
Her backyard native mountain ash has been a prolific fruit producer despite the drought, according to Penny. The tree is about 15 years old, and attracts many varieties of birds including northern flickers and cedar wax wings. Dogwood bushes in her front yard were picked completely clean by birds.
Penny sees gardening for wildlife as more beneficial than setting up birdfeeders. She said, “Why not let birds eat the fruit and insects present in a garden filled with native plants? Consider natives like the Prairie Willow. It’s one of the earliest pollen and nectar sources for emerging native bees. It doesn’t get huge, and it handles dry soil.”
The Minnesota Wild Bee Survey has produced a preliminary state species list of Minnesota containing over 400 species of wild bees. They rely on native plants for their survival.

Longfellow community wins designation
Thanks to the efforts of many gardeners in Longfellow, the entire neighborhood is now a Certified Community Wildlife Habitat through the National Wildlife Federation.
Garden for Wildlife chapter coordinator Dan Schultz said, “We’ll be celebrating this achievement at the Longfellow River Gorge Festival, tentatively planned for Saturday, Sept 11 1-5 p.m. between 34th and 36th streets on West River Parkway. Please join us.”
>> See column about the Longfellow Garden for Wildlife designation on page 5.