Market values on the rise again 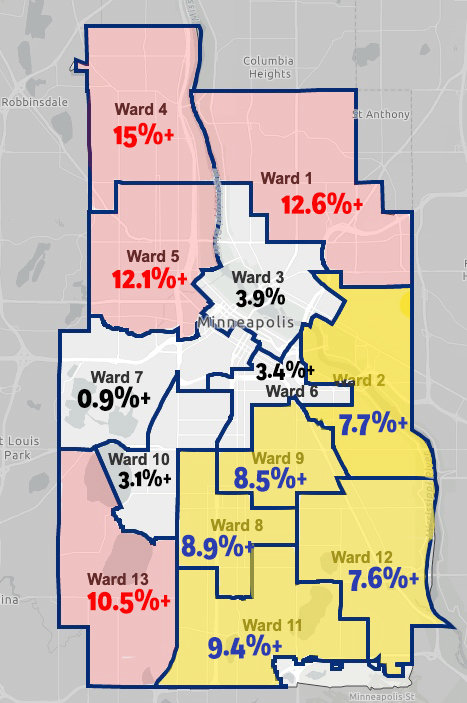 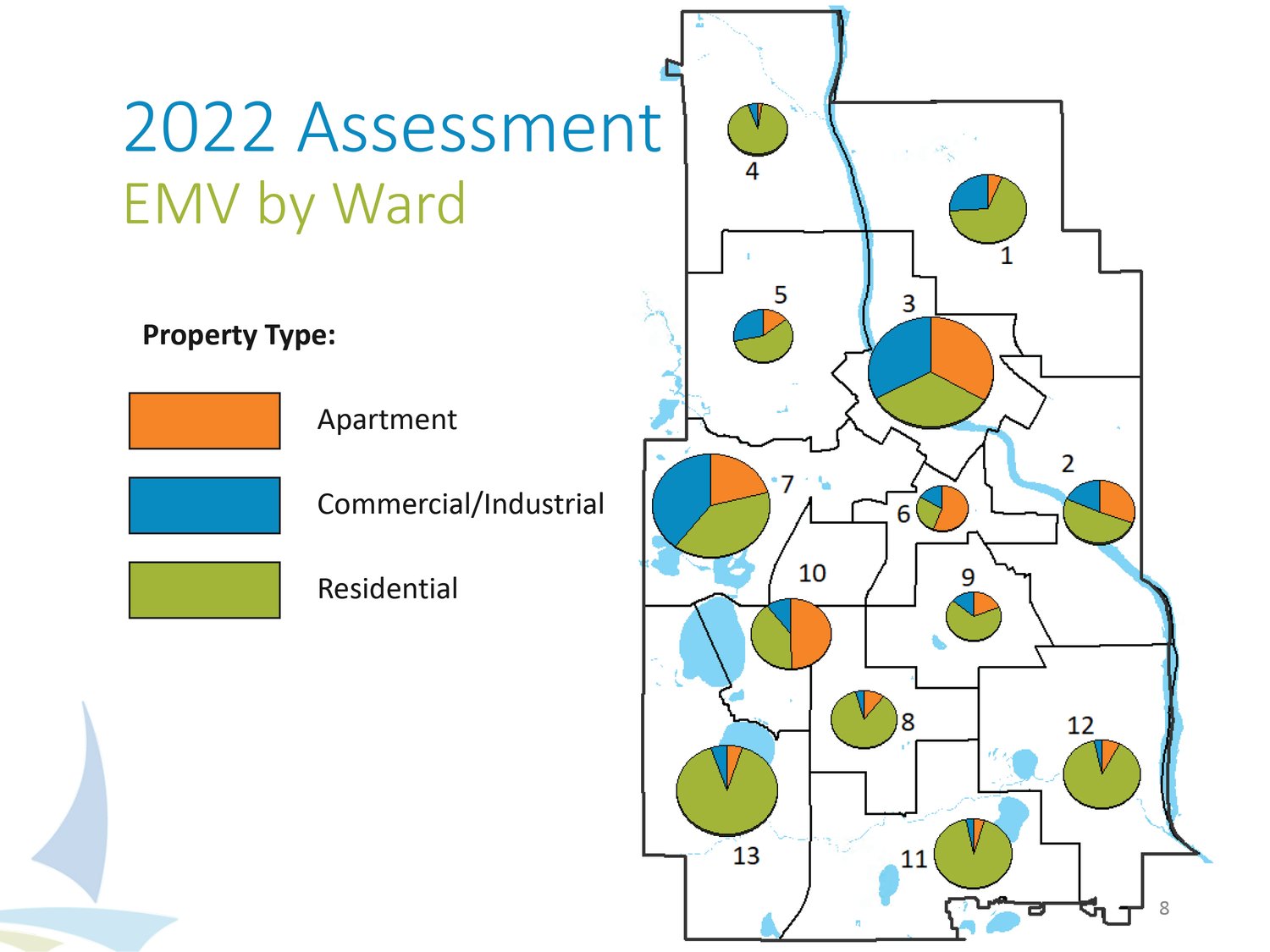 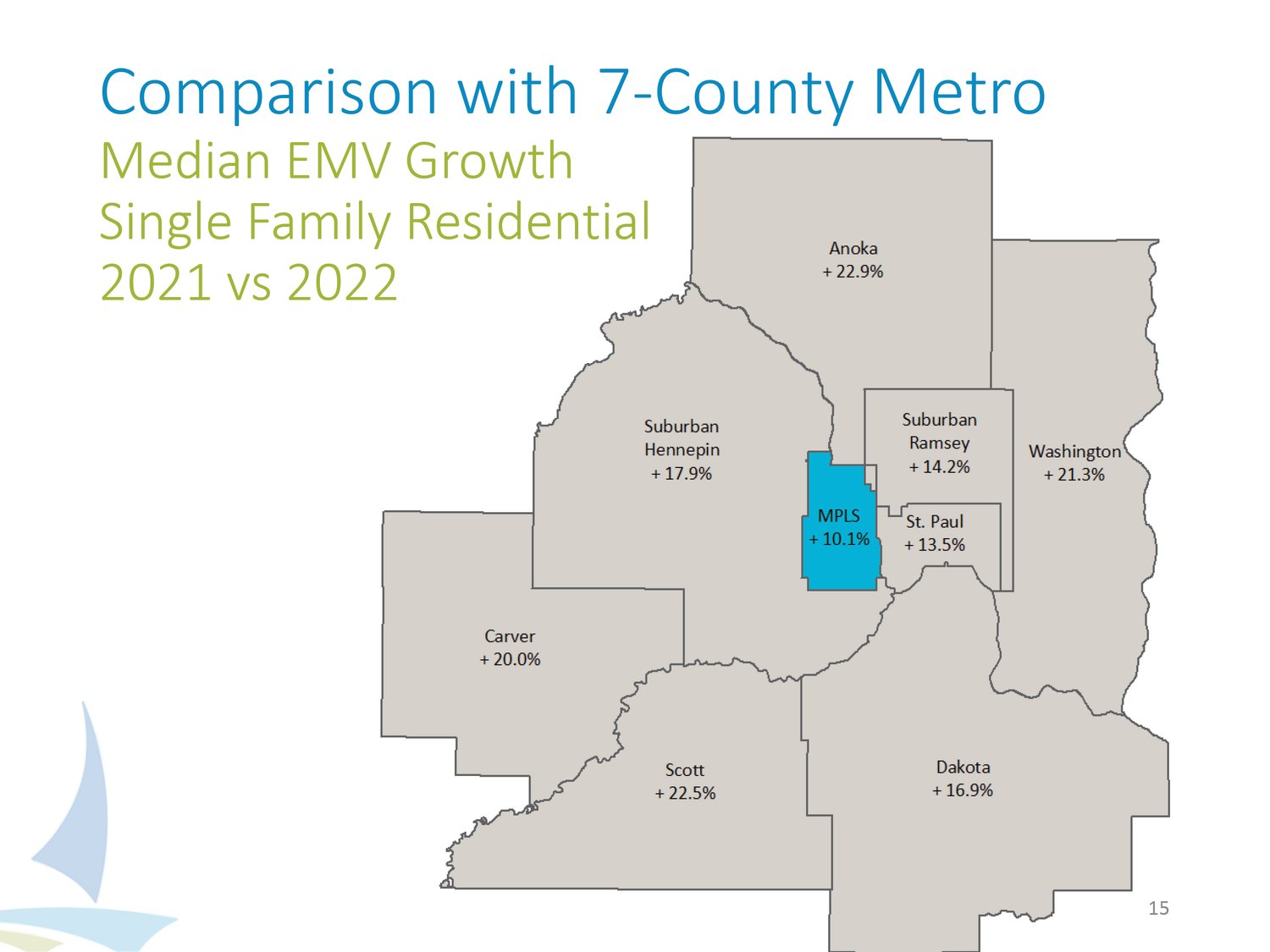 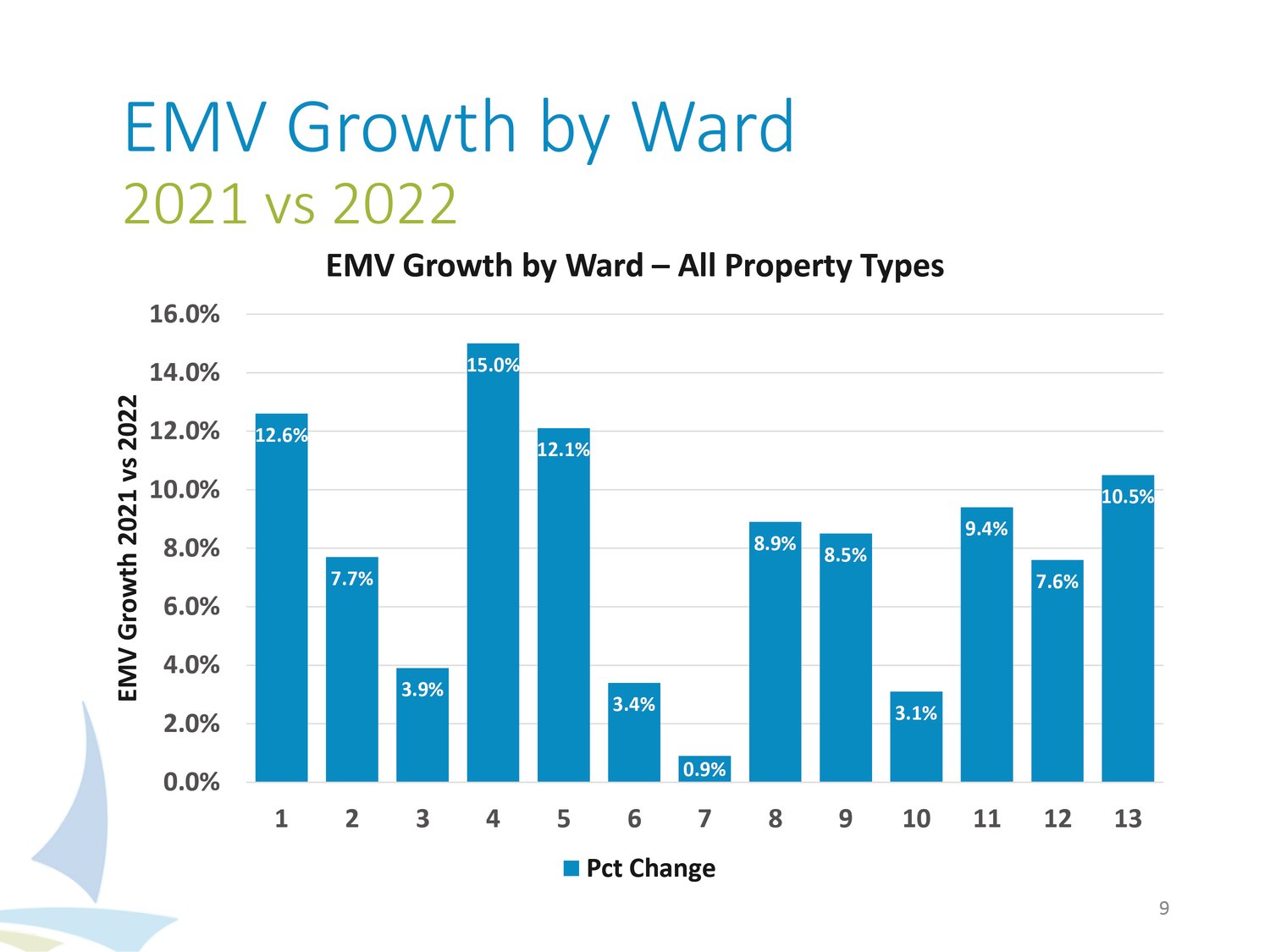 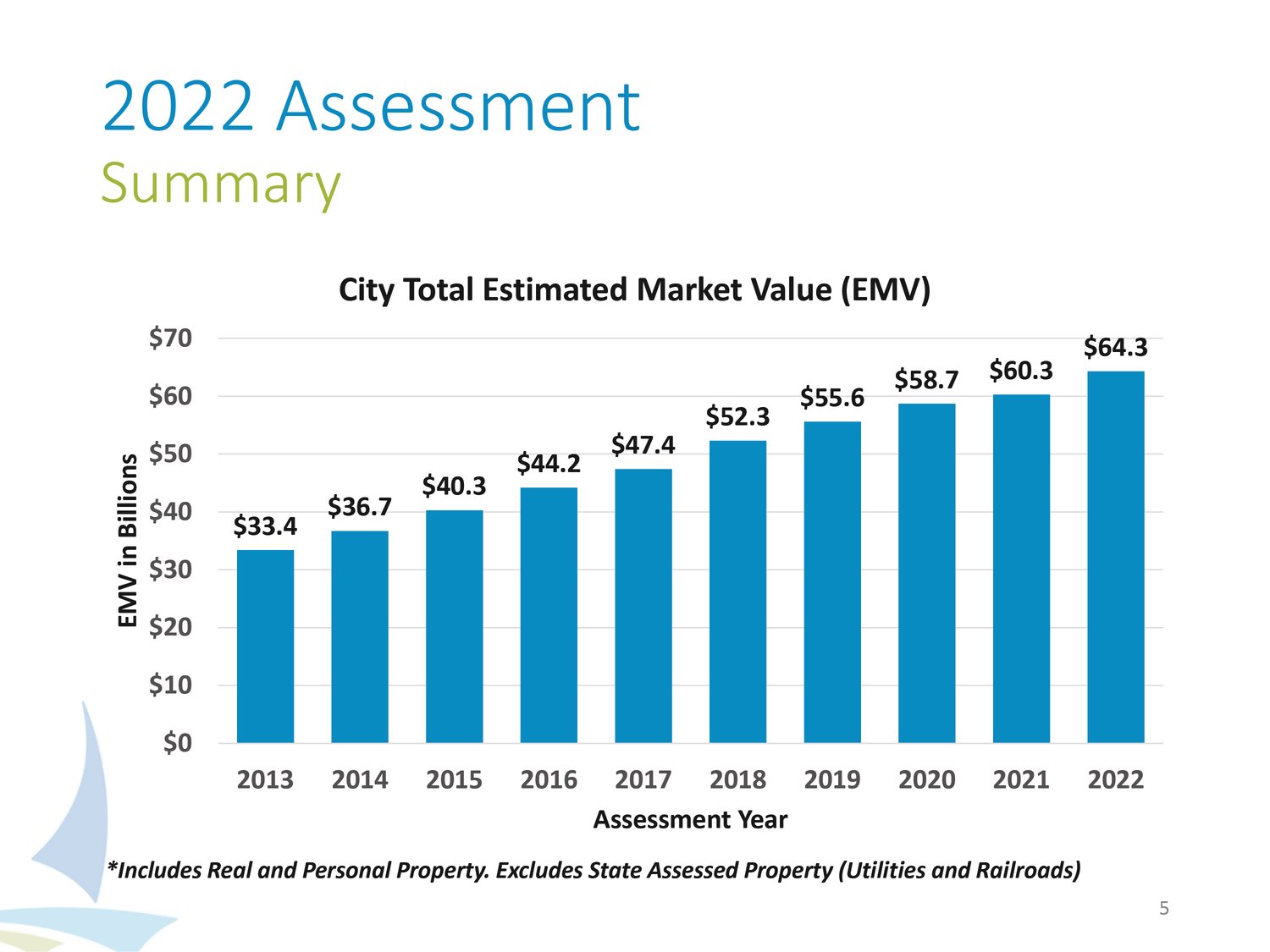 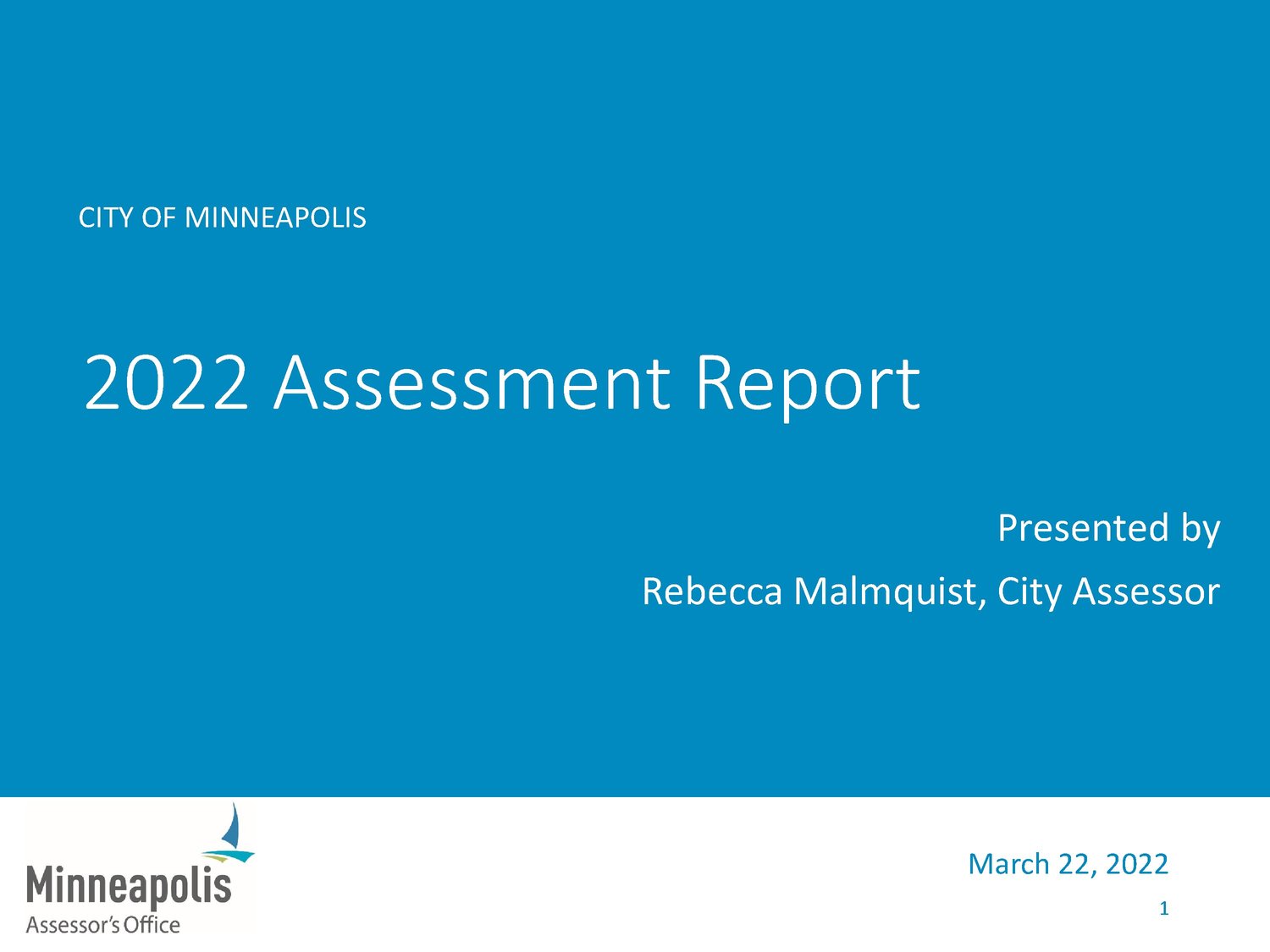 By now, all property owners in Minneapolis should have received their estimated market value statements from the city’s assessor’s office. These estimated values will be used to calculate 2023 property taxes after city, county, park and school district budgets are set late this year.
These mailings reflect the assessment of nearly 131,000 properties and are based on sales that occurred between October 2020 and September 2021.
Minneapolis City Assessor Rebecca Malmquist reported to the city council in March that the total assessed value for all properties in the city has risen again for the 10th year in a row. The total for this year is $64.3 billion dollars, compared to $33.4 billion in 2013 and $60.3 billion in 2021. The 10% increase in Minneapolis, however, was lower than other metro areas, including St. Paul, that rose over 13% and suburban Hennepin County that rose over 17%. City residential, commercial, and industrial property values all saw increases, although the subcategory of condominiums went down in value by 1.4%.
The increases were not shared evenly across wards or neighborhoods in the city.
After the presentation to the council on March 22, Ward 7 Council Member Lisa Goodman said, “It is coming to be especially harsh in the 1st, 4th and 5th wards where values have increased by huge numbers.” Ward 4 saw the greatest growth in total estimated market value, with a 15% increase. Ward 1 went up 12.6% and ward 5 saw a 12.1% increase. Ward 13 saw the fourth largest increase with 10.5%. All wards saw increases, with the smallest being wards 3 (3.9%), 6 (3.4%), 10 (3.1%) and 7, with the lowest increase at 0.9%.
The neighborhoods with the largest increases are Shingle Creek and Folwell, with 19.1% increases each in median estimated value of single-family homes, followed by St. Anthony West, Victory, and Marshall Terrace with increases around 17%. “I worry about people who want to stay in their houses and be able to stay in the city,” Goodman said, “who are pretty much being valued out.”
In southwest, Tangletown, Kenny and Windom all saw increases over 10% in median single-family home values.
“There has been great demand for homes in those areas,” said Malmquist, noting that the Camden Community, along the river in Northeast, and along the southern edge of the city have been especially popular. “It is a sellers’ market,” she said. “We have had bidding wars.”
Minneapolis City Council President Andrea Jenkins (Ward 8) noted that renters could be impacted by resulting property tax increases, as well. She said, that landlords will “pass those increases on to the renters of those single-family homes and that exacerbates our affordability crisis.”
Goodman and Jenkins agreed that more housing could be helpful in reducing future increases in valuation.“This screams to me ‘we need more housing of all types,’” said Goodman. “So, this should be a wake-up call to all of us.”
The affordability problem gets worse for owner-occupant taxpayers who have been benefitting from the state’s homestead tax credit system. The current tax credit formula favors lower-valued properties, with the full benefit going to properties valued at $76,000 or less. Properties valued at $76,000 have 40% of their market value excluded from property taxes. For properties valued over $76,000, the exclusion is calculated at 40% of the first $76,000 in value minus 9% of the value over $76,000. As your property value goes up, the homestead market value exclusion goes down until it disappears completely at a value of about $414,000.

HOMESTEAD TAX CREDIT REFORM?
Stephanie Gruver, a realtor with RE/MAX Results who works extensively in north Minneapolis, advocates for homestead tax credit reform. Following this year’s valuations, she looked at the seven neighborhoods of Camden. Using the statistics for Camden provided by the Minneapolis Area Association of Realtors she found the average sale price in September 2014 was $115,735 compared to $231,741 in 2021. Using the current homestead tax credit formula, she found that in 2014 the taxable value for the $115,735 home was $88,911, but in 2021 for the $231,741 home, it was $215,358.
“When you look at these numbers the most dramatic changes in housing values are in communities with homeowners who are not seeing dramatic increases in their incomes,” Gruver said. “The system needs an overhaul on that lower end value.” With the median sale price in the Twin Cities market now over $330,000, fewer homeowners will be able to rely on this to keep their housing more affordable.

DO RESEARCH BEFORE APPEALING
If you are thinking about appealing your valuation, you may want to do some research first.
To determine the value of your home, the assessors are required by state law to compare your property to recent sales of similar properties based on location, size, age, and, for commercial, industrial and apartment properties, the income and expenses generated by the property.
Erin Sjoquist, a local realtor with Keller Williams Integrity who own three properties in south Minneapolis, recommends moving carefully before making a formal appeal. “I had neighbors a few years ago tell me they thought their property taxes were high,” she said. “So they reached out to the assessor and the assessor thought the value should be higher and their taxes went up.”
While home prices have clearly gone up in recent years, Sjoquist notes, “Just because housing prices have gone up, doesn’t mean the city’s valuation of your property is accurate.” But this year she noted that her valuations seemed reasonable. Two of the values on her properties went down and one went up “only a little bit.”
Contacting the assessor and appealing can sometimes yield good results. “It has been many years,” Sjoquist added, “but I have contested two of my property’s values, and both times they lowered the values and the taxes.”