Stories reflect human history from 10,000 years ago to today 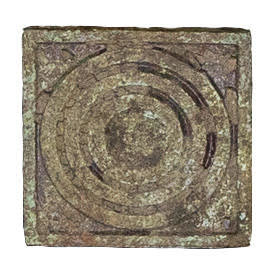 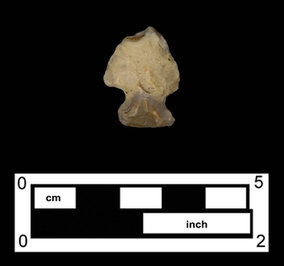 Archaeologists under the direction of the Minnesota Historical Society have recently identified artifacts and stone foundations around Historic Fort Snelling, including items that show Native people’s presence in the area for thousands of years. Other items represent the full military history of the site, from Fort Snelling’s start in the 1820s through the Civil War, World War I and World War II. Some of the items recovered include:

Archaeologists completed their investigations in July for the Historic Fort Snelling revitalization project. The scope of the work was to identify, evaluate and protect significant archaeological features in areas where construction might impact the historic landscape.

The fort has been the focus of archaeological investigations for more than 60 years, with the first excavations occurring in 1957–58. This early work was one of the largest archaeological excavations of a military installation ever conducted in the United States. As a whole, the archaeological record at Historic Fort Snelling shows the dramatic change in how the area has been used over time.

Historic Fort Snelling Revitalization
The Historic Fort Snelling revitalization project includes a dynamic new visitor center with a 4,000-square-foot exhibit inside a rehabilitated 1904 cavalry barracks (building 18); landscaping that provides opportunities for outdoor learning, reflection and commemoration; and improved parking, wayfinding and access. In 2021 the site will remain open during construction with a grand reopening planned for 2022. Learn more at www.mnhs.org/fortsnelling/revitalization.

How to Visit and Related Programs
Visitors can explore new stories shared at Historic Fort Snelling this summer with an $8 grounds pass. The fort will be open Fridays and Saturdays, 10 a.m. to 4 p.m., June 4 to Sept. 4, 2021, and on select Saturdays in September and October.  Learn more at www.mnhs.org/fortsnelling.

This September is Minnesota Archaeology Month. In partnership with the Office of the State Archaeologist, MNHS will offer archaeological programs for the public at Historic Fort Snelling and other sites across the state. A calendar will be available soon. Archaeology Day at Historic Fort Snelling will be held on September 11, from 10 a.m. to 3 p.m., and will include access to the History Under the Floorboards exhibit and an opportunity to see archaeologists in action.

About MNHS Archaeology
MNHS archaeology manages and interprets archaeological resources at MNHS properties and Department of Natural Resources land; conducts surveys and excavations, and makes recommendations for protection; manages collections to ensure their ongoing protection and access; and leads public education. Work is done in consultation with Native American tribes as outlined in federal, state, and local laws. MNHS archaeology works closely with the Office of the State Archaeologist which is charged with maintaining the official archaeological records for the state, as well as the State Historic Preservation Office and Tribal Historic Preservation Offices.