All five auditoriums will show MSP Film offerings in April 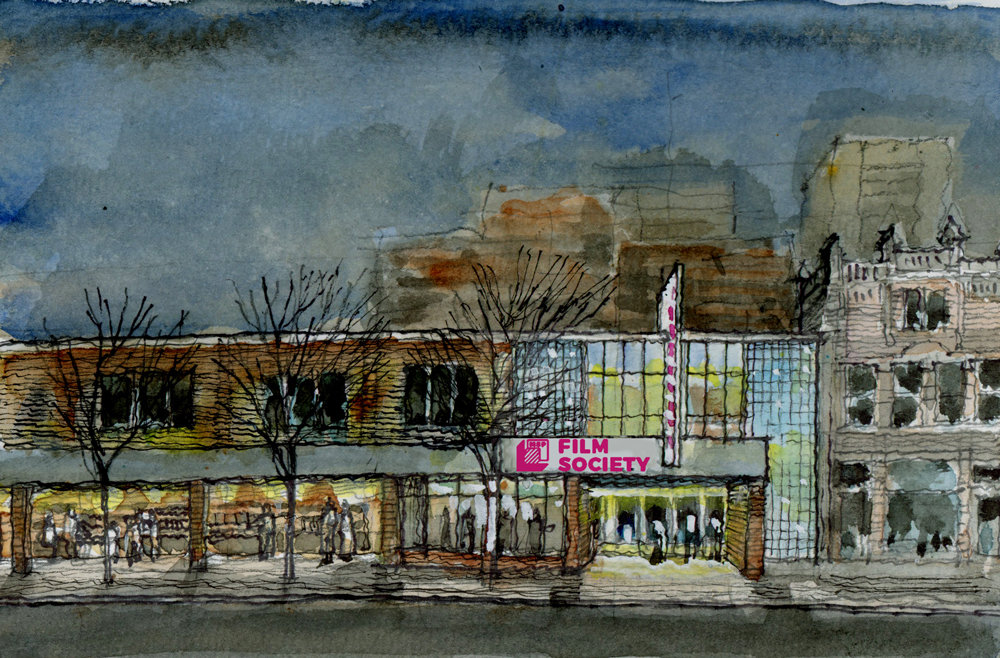 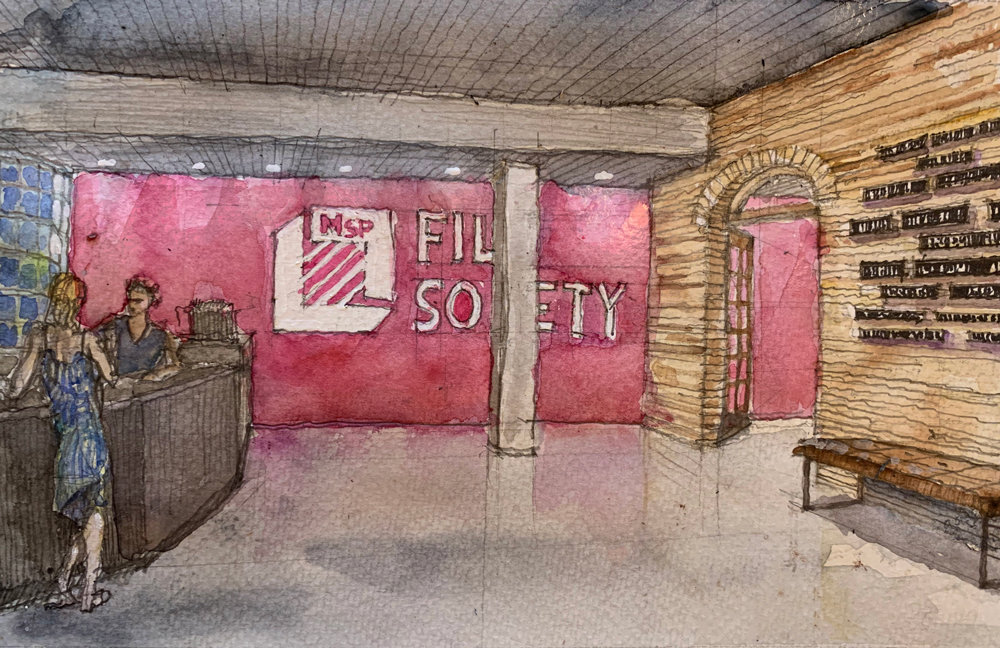 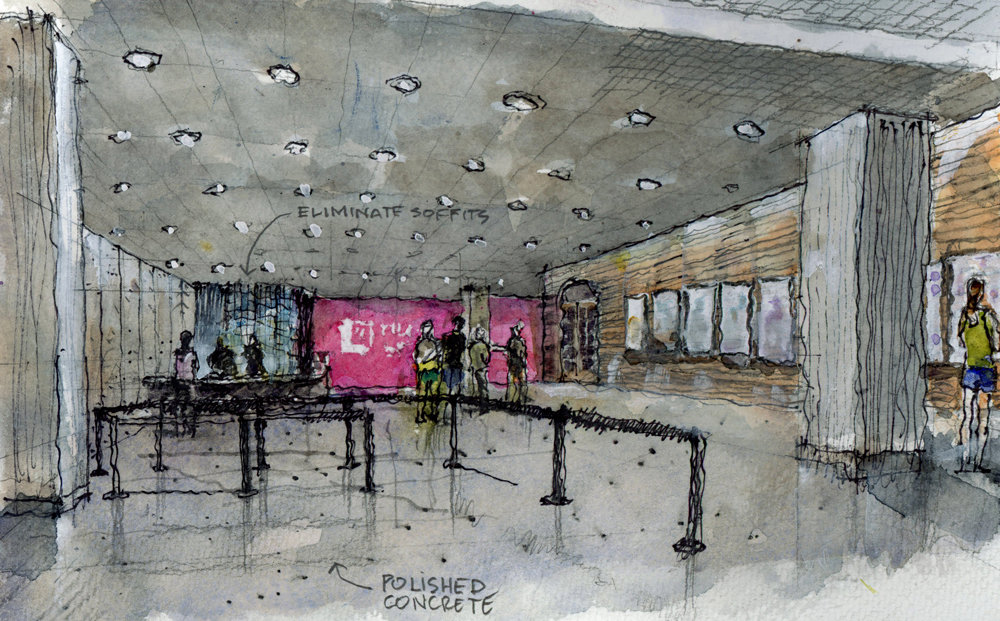 A long-time dream of the Minneapolis-St. Paul Film Society (MSP Film) is about to come to fruition. The site of the MSP Film Society at St. Anthony Main Theatre, 115 SE Main in Minneapolis, has closed, but will reopen its doors in April to an expanded film experience for its viewers. It will also be open for the MSP International Film Festival slated for spring, which was held virtually in 2021.
Instead of the one auditorium available for showings during the year, all five auditoriums will have MSP Film offerings as the organization takes over operation of the entire theater, relaunching it as MSP Film at the Main.
“We have had a lot of theaters close in the last couple years,” said Susan Smoluchowski, executive director of MSP Film, “including Edina and the Uptown. The owners came to us and asked if we might think about moving (to those theaters). It seemed very clear to us that we would prefer to stay where we are, on the river.
“So we started on making this happen in earnest. It came as the result of many factors. We wanted to create a real foothold for ourselves in Minneapolis.”
The fact that 2022 is MSP Film’s 60th birthday as an organization was an added inspiration, according to Jesse Bishop, director of programming.

“This helped give us the drive to continue to do the type of things we do in a broader and more intentional way,” he said.
“The renovation is just beginning,” Smoluchowski said. “We want to refurbish in phases. The first phase entails cleaning, spiffing it up, painting and getting rid of the old carpeting. No structural changes will be made just yet.” She said they also want to address any technical updates that are needed to make viewers’ experiences that much better.
While the theater is closed for the cleaning and painting, MSP Film will continue to offer films virtually for its film fans. “We are going to meet our audience where they are,” Bishop said. “We have found many enjoy the virtual option, but of course we believe when it is safe to use the big screen, people will want to see films in person and react with friends, families and other film lovers.”
He said the expansion is a really exciting opportunity. “There is no shortage of good cinema out there, and we’ve done a good job bringing it to audiences. We can look at the love of film from all new different angles, show retrospectives and delve into the culture of movies.” Bishop said the expansion will provide far more opportunities for MSP Film to gather together with local cultural artists and activism organizations.
“We have had such great responses to our announcement from some of the groups we have long partnered with and also those we want to partner with in the future,” said Smoluchowski. “We definitely need help from our community to make it work.”
More staff will be hired as plans progress for the re-opening of the theater. “The experience of going to movies at the Main will be completely controlled by the Film Society staff,” explained Bishop. “We will be hiring and training staff and gearing up for the festival.”
Smoluchowski said MSP Film wants its staff to be diverse and “reflect the many cultures that our films present each year. This is a real opportunity to hire from the BIPOC and international communities. That is something we are very excited about, as well.”

Collaborations
The various smaller festivals will continue to be shown at MSP on the Main, such as Cine Latino. “One of the benefits of having five auditoriums is that we can do things in a more deliberate way,” Smoluchowski noted.
“We will see more voices and more perspectives throughout the year,” added Bishop. “We’ll be developing both educational and valued encounters similar to what we have done at the festival. There will be many more opportunities throughout the year for us to Zoom in directors and also do more with local filmmakers.”
Current films scheduled virtually as of this interview include “Hives" from Kosovo and “France" from France. “Those were two of the best films of 2021,” Bishop said. MSP Film will also continue its collaboration with the Capri and the Minnesota Historical Society to present films followed by discussion the first Thursday of every month at the Capri Theater.
“With the Great Northern Festival coming up, we are showing ‘After Antarctica’ at the Science Museum with Will Steeger in attendance,” Bishop continued. He said MSP Film will also be showing “Hockeyland” and “Breaking Trail” at the Parkway Theater in February. “Breaking Trail” tells the story of Emily Ford, the first woman and first person of color to hike the Ice Age Trail in winter.
Bishop said MSP Film is also working with the Italian Film Festival, which will be held at the Landmark Center in St. Paul. “This will be our first year working with the Landmark Center,” Smoluchowski said. “We had an agreement in 2020, but then had to cancel because of the pandemic. This year it will happen.
“This move is a great thing for our organization and our audiences, but also a great thing for the city,” Smoluchowski said. “Most major cities have a film center, and we have an opportunity to bring this to this city in the 21st century to make a real splash on that side of the river.” She said it would have both a cultural and economic impact for Minneapolis.
Bishop said that underlying the excitement is the chance for film viewers to come back into the theater. “I think of the movies as like going to a concert; it’s something you’re yearning to do. Once people get back out there and try it, they will realize what they’ve been missing.”