View from the Messenger

Never forget the power of the written word 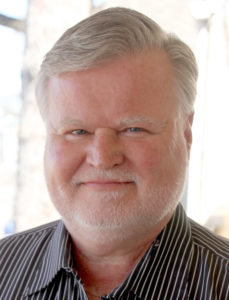 A longtime reader and community activist reached out to me last month to say hello, and in the course of our catching up, she shared a snapshot of a column I had written 20 years ago which she had saved among her collection of newspaper clippings. While I was touched with the fact that she had considered my column to be worth saving all these years, it also struck me how the power of the written word can be, at times, so enduring.
In my own family, we have a host of written treasures that my siblings and I have saved as tributes to our parents and relatives and the life and times that they experienced. My Mom was a longtime member of the Eastside Writers Club and loved to write poetry. We once published a seasonal poem she wrote under the byline “Sue Donym” (for pseudonym), a byline which she sometimes used in a show of modesty to not call attention to herself. She would often write poetry featuring the people in her life and she would also write poetry as an outlet for stress relief from life’s daily challenges.
Another cherished piece of writing was the typewritten letter that my Uncle Bob from Milwaukee wrote to my Dad when my Dad was being inducted into the Korean War. My Dad was the baby of his family, with his three half-brothers much older than him as my grandfather’s first wife, who had given birth to the three half-brothers, had passed away. Uncle Bob, the closest to my Dad in age, was still 15 years older than my Dad and very much of a father figure to him.
Uncle Bob’s letter was just a page long. Short, poignant, and to the heart. He wrote about my father’s faith, his dedication to family and country, and how he knew that my Dad would emerge from this challenging time with his principles and integrity intact. It was such a moving and well-written letter that still brings an emotional response decades later, that it is one of the pieces of my family’s history that has been preserved over time. Each time I have read Uncle Bob’s letter to my Dad I have always thought that my only wish was that I would be able to find just the right words of inspiration to impart to my own kids when they needed support, encouragement, or perhaps just a few words of praise for a job well done.
A good friend from high school that I’ve known since third grade called me a few months ago after his father had passed away as he was sorting through some of his personal effects and keepsakes. He was reading a few lines from postcards that I had sent to him when he was away at Carleton College at Northfield and I was at Hamline University in St. Paul. I was a little embarrassed, as I had completely forgotten that I had even sent him postcards during our college years, but again, also amazed that he found them worth keeping.
I’ve also saved a few letters and cards over the years myself. English professor Quay Grigg was my English advisor at Hamline University while I was a student there back in the 70s. He also led an interim trip to the Rio Grande Valley back in May 1977 of which I was a part. Upon my return, I wrote a freelance piece for the Saint Paul Pioneer Press on our trip to the Rio Grande and Georgia O’Keefe country. Grigg was kind enough to provide a photograph that I could submit, along my manuscript, to the Pioneer Press. He also sent along a short, typewritten note which read, in part: “Congratulations on your Pioneer Press budding career. I hope it does indeed bud.”
I never pursued a full-time job with the Pioneer Press after that other than writing a freelance theatre review on assignment, but shortly after our trip I became the editor of our student newspaper at Hamline and eventually became editor of our sister newspaper, the Midway Como Frogtown Monitor in 1979 with Grigg’s encouragement. I’ve saved that short note from Grigg ever since.
I think it’s true today that fewer and fewer of us are writing letters and postcards as we did years ago. We are more likely to send a text or write something on Facebook than send a letter to a friend or family member. I know that I’m as guilty of this as anyone. I’m much more likely to send off a text or write an email to someone than to spend the time to write an actual letter or postcard, put a stamp on it, and send it off in the mail.
I know that times have changed. That it’s a different world than it was 10 or 20 years ago. But my wish for all of us is to not abandon the seemingly outdated notions of handwritten or typed letters and postcards. Not everything can be expressed adequately in emojis and cryptic text messages. Sometimes the best felt emotions and thoughts can best be expressed in old-fashioned written communications.
In short, don’t forget to write!
And in addition to writing to your friends, family and other people in your life, don’t forget to write to your favorite community newspaper, the Longfellow Nokomis Messenger. Just like your friends and family we would like to hear what’s on your mind. We know it’s worth sharing.