No new structures on Cedar or Lake of the Isles 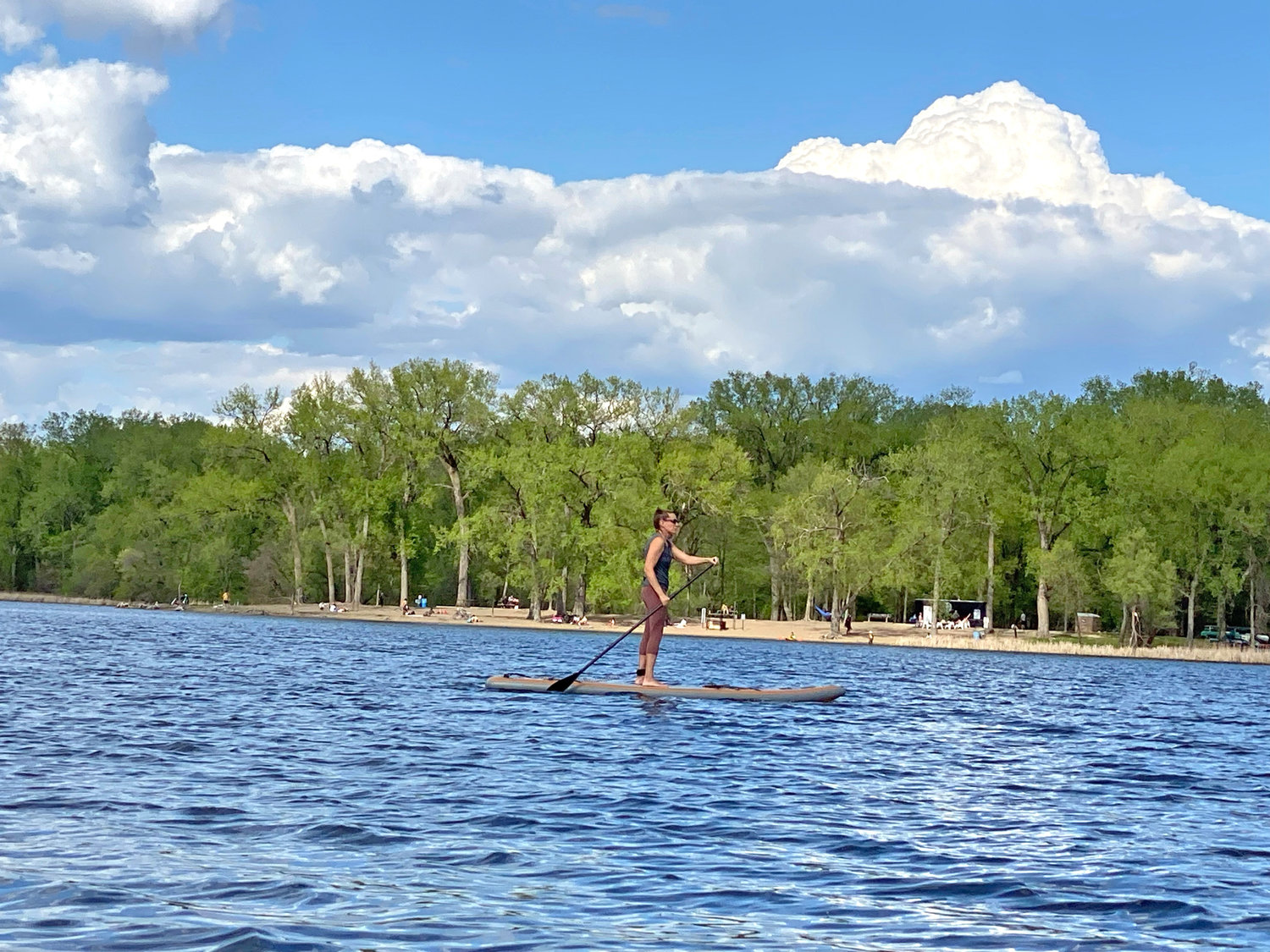 East Cedar Lake beach will remain natural. A formalized event area and a concert area with natural materials is proposed, and some new soft surface trails will be added. (Photo by Tesha M. Christensen) 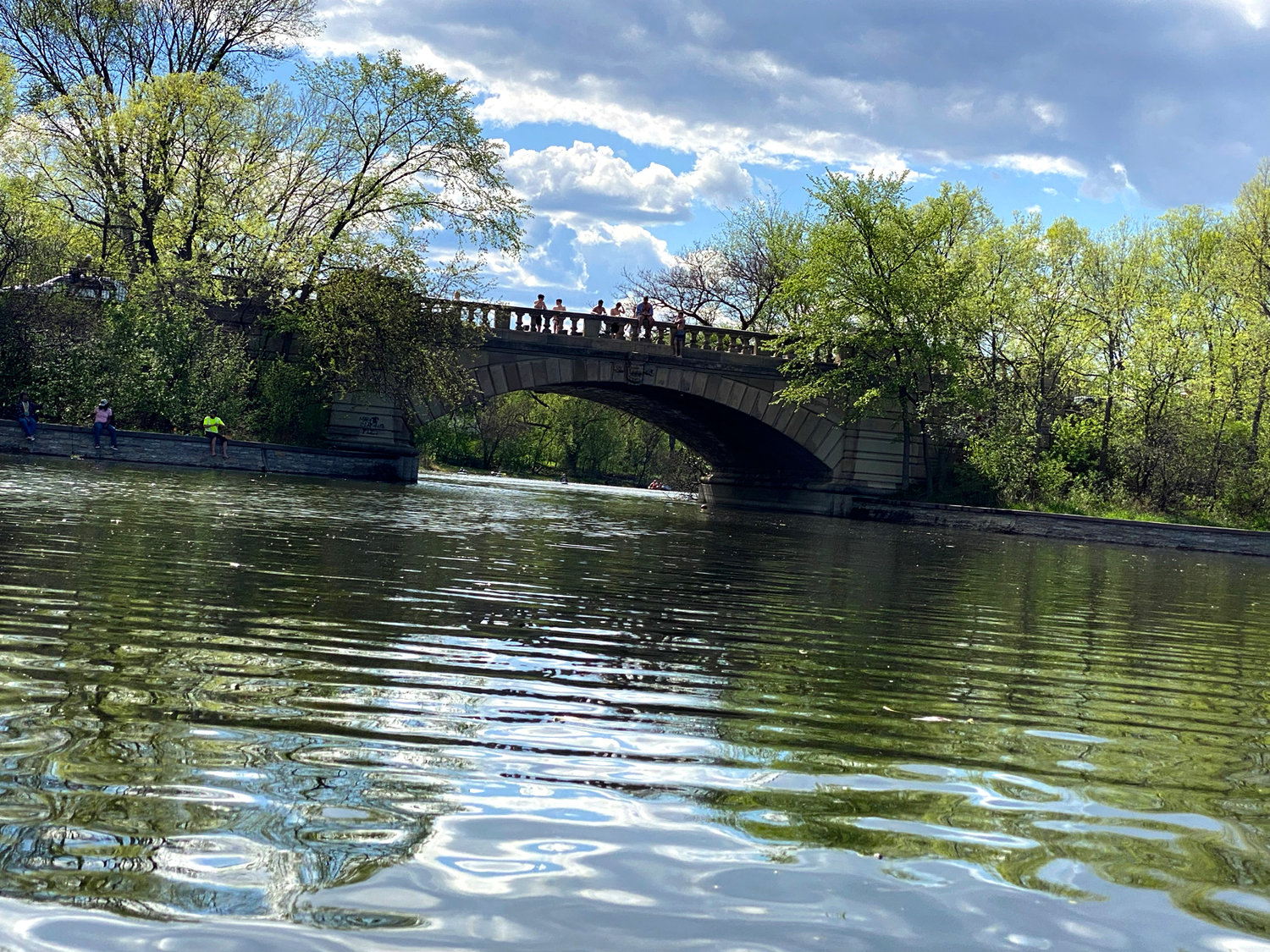 • Lake of the Isles should be an ecologically healthy, shallow lake where phosphorus levels are below <40ug/L, diverse native aquatic plants dominate, and the aquatic food web is maintained.

• Reduce phosphorus, chloride, trash, and sediment from entering the lake from areas within the project area.

• Maintain and stabilize shoreline with native vegetation in all areas except for formal access points and historic viewsheds.

• Maximize and restore habitat (terrestrial and aquatic) to improve health of the lake and have spaces for wildlife.

There are no new permanent structures in the revised master plan for Cedar Lake and Lake of the Isles.
That means no picnic pavilions. No new bathroom facilities. No rental kiosks.
These items were included in the initial draft concepts published in December 2021, but most people who commented were not in favor of adding them. The majority of the people who responded to the optional demographic questions lived in the adjacent neighborhoods or one neighborhood over.
“Generally what we heard from folks was they wanted a little bit more of a lighter touch,” said Minneapolis Recreation and Park Board planner Emma R. Pachuta.
“We hope that people feel like we really responded to the feedback we heard.”
The idea of closing the parkways is not in this version of the plan. However, the section on the northwest side of Cedar Lake will be narrowed from 24.5 feet to 22 feet in order to widen the trail there. “It’s not a perfect solution but we think it’s the best,” said Pachuta.
There will be some reconfigurations of the parkways, particularly where E. Bde Maka Ska Parkway meets W. Lake of the Isles Parkway, paired with trail reconfigurations, to improve safety. “By realigning these areas, it will hopefully work better for everyone involved,” said Pachuta.
People can comment on the plan during two upcoming open houses: Thursday, July 14, 4:30-6:30 p.m. at Cedar Lake South Beach, and Saturday, July 16, 9-11 a.m. at Lake of the Isles Parkway and Euclid Place. People can also comment online via a survey.

Park expansion?
MPRB is considering a park expansion on the northeast corner of Cedar Lake on land that is currently owned by the Hennepin County Railroad Authority. The railroad authority intends to transition ownership at some point, observed Pachuta. “This could be a great opportunity to enter into that conversation.”
The preferred park concept also includes the possible acquisition of a small parcel on the north side of the Kenilworth channel to facilitate movement between Cedar Lake Trail and the water.
Portable restrooms, seating areas, bike racks, gardens and water fountains will be added in various areas throughout the park. At East Cedar Beach, a formalized event area and concert area will be created using natural materials. A storage area is proposed near S. Upton Ave.
Two sections of the walking path around Lake of the Isles are proposed to transition to a slightly wider two-way bike path to improve connections, one on the north side of Lake of the Isles and one on the south side. Another shorter two-way section will be added along Kenilworth Trail, paired with a bike boulevard on Kenilworth Place. A new soft surface trail is proposed from the Midtown Greenway to the lake at the dog park. In other places, soft surface paths using either mulch or gravel will be installed where people have already created a path. There are no plans to add more paved trails.
Some of the informal access points on the lakes will be removed and restored to minimize erosion, and additional access areas will be formalized where there is currently heavy use. A dock will be added on each lake, including at South Cedar Beach and on the east side of Lake of the Isles.
All of the existing winter amenities will be retained, and an ice skating ribbon will extend north of the existing ice rink. There will be an upgraded temporary warming house nearby.
MPRB would like to move one welcome kiosk a few feet on the north side of Lake of the Isles to make better use of it, following feedback that it wasn’t serving its purpose where it is, according to Pachuta. There will be other enhanced entry points throughout the area to build upon existing signage and new way-finding signs added.

Water quality updates
There is no cost yet associated with the master plan. A cost estimate will be done once the plan is finalized.
The CAC can make recommendations regarding what they’d like to see as priorities. “My assumption is that it might be some of the water quality updates because there has been such a strong emphasis on water quality,” said Pachuta.
CAC members include: Aaron Shaffer, Adam Braun, Alice Lehman, Anna Eleria, Ben Surma, Constance Pepin, Craig Wilson, Drew McGovern, Eric Gangl, Jim Romlin, Joshua Christianson, Laura Kinkead, Lilia Theisen, Linda Mack, Michaela A. West, Nan Dreher, Win Rockwell (chair), Will Stensrud, and James Reid.
Stormwater runoff from impervious trails will be treated by the shoreline buffers and expanded littoral edge. Other methods will be used to manage stormwater runoff from hard surfaces. A tree trench will help hold and treat water along the parkway. There are also several proposed underground treatment areas along the parkway, including two on Cedar Lake and five on Lake of the Isles.
The preferred park concept also aims to treat runoff coming from the larger watershed through six outfall pipes by retrofitting existing treatment facilities and marsh restoration.
Managing trash from the runoff is more a watershed conversation than an issue MPRB can solve, according to Pachuta.

Draft plan expected by end of 2022
The Cedar Lake-Lake of the Isles Master Plan (Cedar-Isles) will create a 20-30-year vision for Cedar Lake, a section of Cedar Lake Trail, Lake of the Isles and Dean Parkway. The process began in fall 2019.
Given the challenge of the pandemic, MPRB looked for new ways to get feedback.
MPRB enlisted the help of community collaborators for this project. Request for proposals went out in 2020 and these various collaborators (some individuals and some nonprofits) helped kickstart the conversation.
They also used social media, had multiple online surveys, and solicited feedback at the lakes.
“We are still taking community feedback this summer. We will share feedback with the CAC to finalize their recommendation,” said Pachuta.
A draft plan will be created by the end of 2022, and then go out for a 45-day comment period before it goes before the Minneapolis Parks and Recreation Board of Commissioners for approval. The Cedar-Isles area is the only part of the Minneapolis park system that does not have an updated plan.