Not sure how to talk to kids about race? 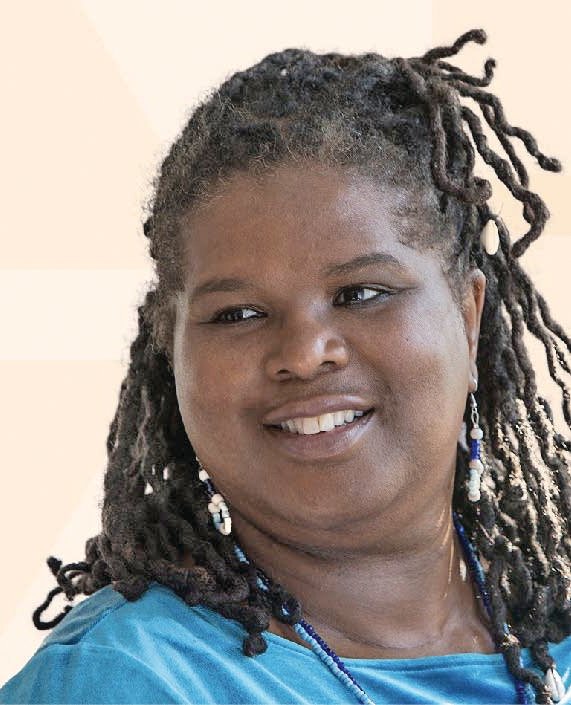 Look at this as a journey. It’s ok to make mistakes as long as you continue to have the conversations.”
Dianne Haulcy
By TESHA M. CHRISTENSEN

Minnesotans don’t know how to talk about race. But Dianne Haulcy is working to change that.
Haulcy, who was born and raise in Minnesota and spent her formative years in Eagan, has a podcast through Minnesota Public Radio and Little Moments Count called, “Early Risers: Waking up to Racial Equity in Early Childhood.”
“It never fails. I can be in a room taking to elected officials, and the moment I say anything about race, all of a sudden no one has anything to say. It shuts down a room,” observed Haulcy during a recent workshop on Raising Race Conscious Youth.
She was speaking to a virtual group assembled by the Bethel Frogtown-Summit-University Partnership on Dec. 16, but the information is part of a regular workshop she offers.
“We’re developing people into adults that don’t know how to have this conversation,” remarked Haulcy. She is focused on starting with children to help both adults and kids become race conscious.

When should parents and educators talk to kids about race?
No child is too young to talk about race, according to Haulcy, who specializes in early childhood. “As soon as children know their colors, they can categorize people into different colors,” she said. “If a child asks you about race, it is time to talk to them about it.”
Children begin to recognize cultural and ethnic differences by the time they are two. Children of color being to suffer from racialized treatment at about seven years old.
Implicit bias begins at between three to five years of age, said Haulcy, and children as young as six months old can recognize a race different from their caregiver.
“Eighty percent of brain development happens by the time a child is about five years old. During that time, a child is absorbing everything in their environment, including the implicit biases of their parents and caregivers,” she said.
What is implicit bias? The assumptions, attitudes and stereotypes that affect our understanding, actions and decisions in an unconscious manner, according to the Ohio State University - Kirwan Institute for the Study of Race and Ethnicity.
These develop over the course of a lifetime through direct and indirect messages, which means that developing children’s cultural identity in early childhood is important, said Haulcy.
“White privilege affects all children – including White children,” she said. While people don’t usually say that White bodies are more important than those of color, children are like sponges and are absorbing what they see others act out. “They don’t have the language to articulate that,” remarked Haulcy, but the knowledge about White body supremacy has profound effects on verbal and non-verbal language.

What happens when we don’t talk about race?
When people don’t talk about race, children are left to learn only through non-verbal implicit bias lodged in body language.
When children are shushed when they ask a question related to race, “children learn that it is not okay to talk about race.” But children continue to get messages about race from television, social media, friends and family members, pointed out Haulcy.
Say, for example that a White person goes to the grocery store and has the implicit belief that a Black body is something to fear. When the White person stands next to the Black person, they tense up. A child won’t miss that.
But, if a White person regularly interacts with a Black person and is at ease in their interactions, the child will pick up on that.

What happens when we do talk about race?
In contrast, when we do talk about race, children learn to form language to talk about it with their peers. They learn they can ask questions. They are able to combat racist images and conversation with the language they have developed.
“Some say, ‘children don’t see color,’” said Haulcy. “Children learn to see color and categorize their world. We need to help give them language for it.”
Haulcy pointed out that children are likely to point out a person’s color or race when they’re telling a story or asking about someone in a room. “There’s nothing wrong with saying that,” she said. “Adults do everything else but that.”
She recommends engaging in conversations about differences so they know it is okay to talk about it. “It is good to emphasize that differences in the way people look is a good thing. That includes skin color, hair texture, shape of our eyes, lips, etc.,” she said.
Tell children that people are different but everyone is equal.
Haulcy appreciates the Native American perspective on race from the medicine wheel. Split into four colors, the wheel illustrates Mitákuye Oyás ‘in, which is Lakota for “we are all related.” The yellow section illustrates Asian relatives, Black is for African relatives, White for European relatives and Red for Native and Mexican relatives.
She recommends the book, “What If All The Kids Are White?” by Louise Derman-Sparks and Patricia Ramsey as a good resource. “All children develop a cultural awareness. White children need to be taught an equity framework,” she stressed.
It is also important to note that all language is not for all people. Some words are okay when said by an African American to another African American, but not okay if said by a White person as it means something completely different – even if that person is a family member. “Have conversations with your children about the language they are learning – and what they’re seeing on social media. They are seeing and hearing a lot of derogatory language on social media,” said Haulcy.
Hearing a word in a rap song may present a teachable moment. It may not necessarily be a comfortable moment. “Being able to have a conversation about this is important,” stated Haulcy.

What about ‘wrong answers’?
Adults may be worried about giving the “wrong” answers. “Do not worry about that,” advised Haulcy. “What’s important is you open up the conversation. It is perfectly ok to say, ‘I don’t know.’ Maybe get curious about it. I don’t know, but we can find out. Then the child knows they have entered into a conversation with you that is ongoing.”
Haulcy hopes people have a “journey mentality,” one that is coming to terms with White supremacy, becoming anti-racist, and raising children in a racist environment.
“It is not a destination, but a long-term journey,” she said. “Continue to be curious about your journey.”