News for everyone, delivered to everyone
Too much coffee

Out and about on the paper route 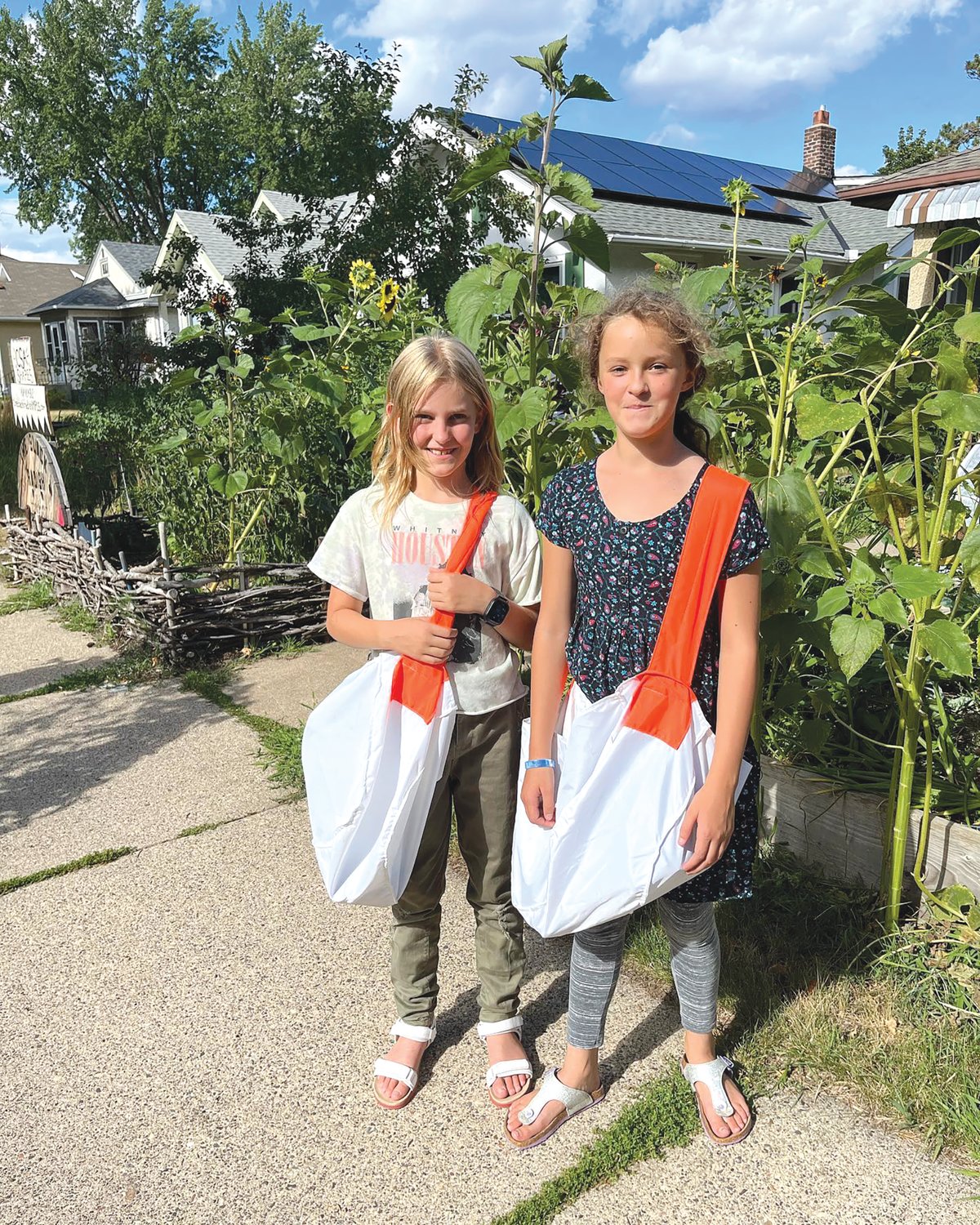 Audrey Young (left) and Annika Lindorfer, both age 10, are two new carriers for the Longfellow Nokomis Messenger. They said it is calming to walk around and see different parts of the neighborhood. (Photo submitted) 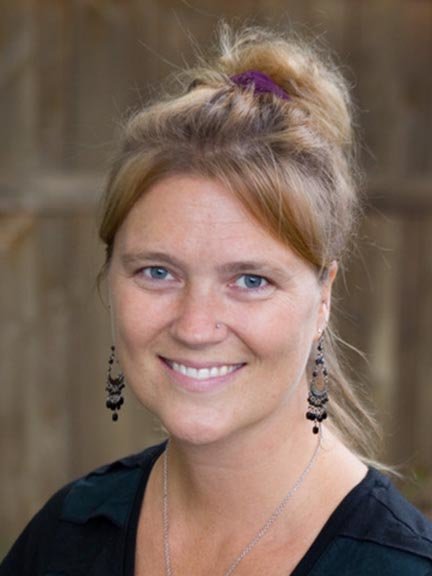 There’s a 10-year-old in our house now, and my son, Axel, took on a few paper routes this summer. That means, of course, that mom did, too.
I was excited he was interested in the family business and looked forward to the family bonding time. He wanted to pick up a little spending money (and admits it is fun to do this job together). It turns out, we’re not the only parent-child team doing delivery for TMC Publications CO. We’re part of a trend in our corner of the world.
The first thing we learned is that it’s best for us to split the 400-paper route into two 1-hour or so sessions. It is more manageable that way right now. We listen to music and audio books as we go, both taking one side of a street.
We definitely got faster as we did the same route more often, and worked out our routine for where we parked, picked up more papers, and got water. We also learned why the mail carriers walk across lawns – else a lot of time is eaten up walking up and down front sidewalks. I discovered a new gratitude for those who create pathways in their front gardens to help carriers move between houses. (Little things add up, don’t they?)

POLYBAGS OR RUBBER BANDS?
Our routes this summer became testing grounds for whether we should A) use polybags to keep papers dry, B) fold and set down, or C) use rubber bands.
I started out three years ago using polybags for every delivery. They keep the paper dry unless there is a big rainstorm or really wet snow. We switched to color bags so that folks can see them easier in the snow. However, readers and carriers are asking us to use less plastic, a sentiment I agree with wholeheartedly. Plus, I’ve noticed that the majority of papers are picked up the same day, so we don’t have to plan ahead for whether there will be rain a day or two later in the forecast. And many houses have overhangs that protect something on the front step.
My son and I tried folding papers in half and leaving them on doorsteps for our first route this summer. It was a bit tedious and the papers didn’t stay in place well, sometimes falling off the front steps as we walked to the next house. I was amazed at how even the slightest breeze caused the papers to shift.
Next, we tested out two different kinds of rubber bands, one with more rubber in it (the brown ones) versus more filler (the blue ones). This is currently our favorite method. We can roll the papers between houses and then throw it easily right onto the front steps. It doesn’t catch in the wind, and is easy to throw. I love an efficient solution. Plus, my aim is getting pretty good! Except for those occasional gusts that take the paper at the last minute and deposit it into the bushes. My apologies if that happened at your house (and your Ring door cam caught my grimace).
I love the pace of a walk through the neighborhood, and how I actually stop to smell the roses as I’m delivering papers. It’s good exercise, too. I see some folks working on their computers from their covered porches. Others are doing yardwork or reading. And we pass a lot of folks walking their dogs. I feel a lovely sense of community as I go from door to door, dropping off papers.

VITAL CARRIERS
Our carriers are vital members of the TMC Publications team. There aren’t a lot of papers still being delivered door-to-door like ours is. In the Twin Cities, more and more are switching to mail (which has its own set of issues), bulk drops (like Southside Pride) or online-only. We believe pretty strongly in the democratic way that door-to-door delivery ensures that everyone get a copy of the paper – old, young, rich and poor. During the first weeks of the COVID-19 pandemic, it became super clear that our “old-fashioned” way of getting the news out to folks had some distinct advantages. Even during the stay-at-home order, we could still keep people connected with each other.
Of course, we also use the Internet for news and updates between the issues, and you can find our entire e-Editions and each individual story on our website. But, there’s just something about the feel and smell of a printed paper... We even hear from millennials that they appreciate the screen-free moments they get as they peruse the paper.
We’ve had a lot of new carriers come aboard this year as we switched from hiring the delivery out to a subcontractor and moved it in-house. Bjorn Willms joined us last fall when we launched the Southwest Connector in southwest Minneapolis, and has pulled together a great roster of folks. It can take some time to learn the ropes, and we’ve had the occasional kerfuffle. One evening, a first-timer drove down the streets of Nokomis throwing papers out a vehicle window, and Bjorn and I dashed out early the next morning when we were notified to clean up and redeliver each copy. At other times, a house on a side street gets missed until the resident gives us a call and alerts us.
See a carrier out there? Let them know you’re grateful they bring the paper to your front door.

MEET OUR CARRIERS
My son and I aren’t the only kid-and-parent teams to join our carrier roster this summer to do a little family bonding while delivering neighborhood news. Two homeschool families are doing routes for the Messenger. East Nokomis resident Erin Airfin, along with children Matthew and Gabby, started with the August edition, delivering in our new zone. We have added the Standish neighborhood between Cedar and Hiawatha, 38th and 42nd. They enjoyed a lovely walk on a Friday morning and evening in late July. Matthew liked bagging the newspapers (he did that during other car rides), and said it was not as hard as he thought it would be.
Ten-year-old friends (and Ericsson residents) Audrey Young and Annika Lindorfer have teamed up on a few routes. Lindorfer said, “I got to see a different part of the neighborhood that I don’t normally get to see. It was nice walking and seeing other people’s houses.”
Young observed, “I liked going into the stores and getting to talk to people. It was very interesting. I liked getting to see people’s yards and their pretty decorations, especially one yard where they had a full on skeleton. I didn’t expect it to be as short as it was. It’s basically like going on a walk. It takes a couple days, but it’s pretty calming and like getting exercise.”
“It’s kind of like going on a morning walk except with a slightly heavy bag on your shoulder, and it felt better as we went along because the bag got lighter,” said Lindorfer. “I didn’t expect it to be as calming as it ended up being. I liked seeing all the gardens.”
Want to put a face to the name? Check out our Instagram and Facebook pages for images of our carriers.
Interested in picking up your own route and making $11-14 an hour? Email Bjorn at delivery@swconnector.com.

SO MANY STORIES IN OUR NEIGHBORHOODS

DON’T BE LURED INTO LIVE-TRAPPING WILDLIFE