‘Reverend, you can lean on me’ 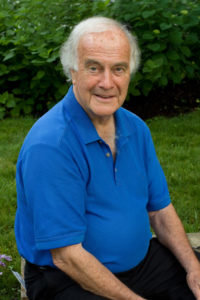 When Lake St. burned, Father Joe Gillespie gathered each night with others at the Church of St. Albert the Great in Longfellow. (Photo by Margie O’Loughlin)[/caption]

Father Joe Gillespie’s first pastoral ministry was at Cook County Hospital in 1968. He moved from Minneapolis to Chicago, and started his new job with energy and enthusiasm. Then Dr. Martin Luther King Jr. and Robert Kennedy were assassinated, followed by violent anti-Vietnam War protests at the Chicago Democratic Convention. Chicago suddenly turned into a war zone.

When Lake Street burned in the aftermath of George Floyd’s murder, Father Joe said, “Those memories of Chicago came pouring back.” He felt a sense of post-traumatic stress and abandonment, saying, “We had no police, fire department, or mail service; even the paper boy couldn’t come here.”

But Father Joe knew he had to stick around. Despite invitations from nephews in Plymouth and church administrators in St. Paul to take shelter with them, Father Joe didn’t go looking for a way out. The Church of St. Albert the Great in Longfellow is his home.

Instead, he gathered with neighbors and parishioners on the church grounds each night. Together they watched the Walgreen’s drugstore at the end of the block go up in pentecostal flames. Three dozen residents from Volunteers of America slept on the basement floor of the church during the curfew, fearing that their Lake St. residence would burn to the ground.

Father Joe walked up and down Lake St. every day during the week of unrest. Usually he walked alone, remembering places his family had frequented when he was a kid growing up in the neighborhood. His eyes welled with tears outside the ruins of the Town Talk Diner, where he had gone many times with his father. He could almost see himself and his three siblings sitting high up on stools, dangling their legs and sharing a single pancake.

Father Joe attended the Ecumenical Clergy March on June 2 with hundreds of other faith leaders, and walked the neighborhood streets once more. When the march ended at the George Floyd Memorial site, everyone was asked to kneel in silence. Father Joe dropped to one knee, but found he couldn’t stand up again unassisted. An African American woman nearby said, “Reverend, you can lean on me,” and helped him to his feet. That’s the way he sees it now. This is a time to lean in, lean on, and help each other stand strong.

The Church of St. Albert the Great recently reopened for services on Pentecost (the seventh Sunday after Easter) at half capacity. Father Joe explained, “Historically the early Christians had to celebrate in secret, just a few at a time. They celebrated in the catacombs so they wouldn’t be seen. They celebrated during the plagues. They just kept going. I guess you could say that we’re right on target.”