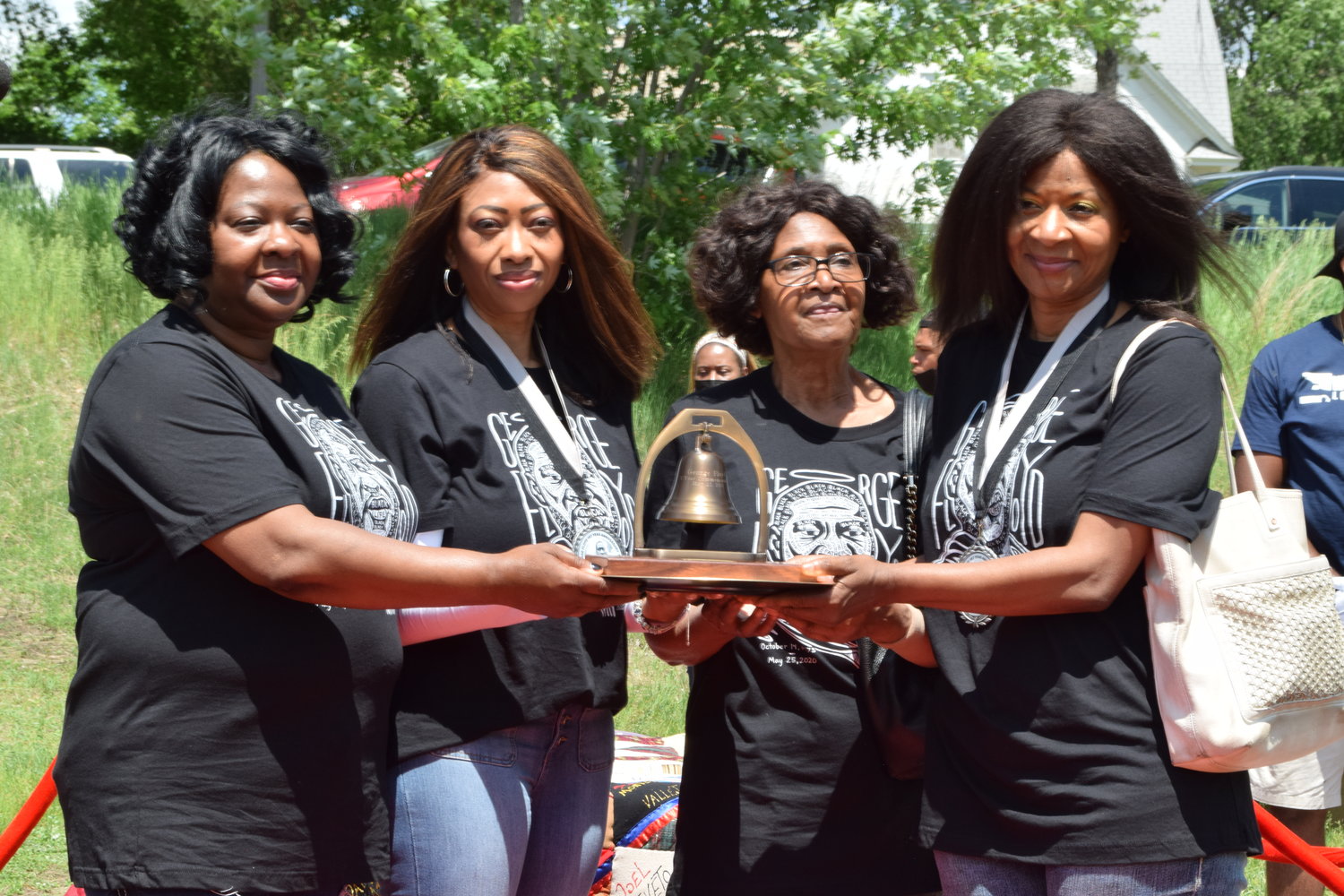 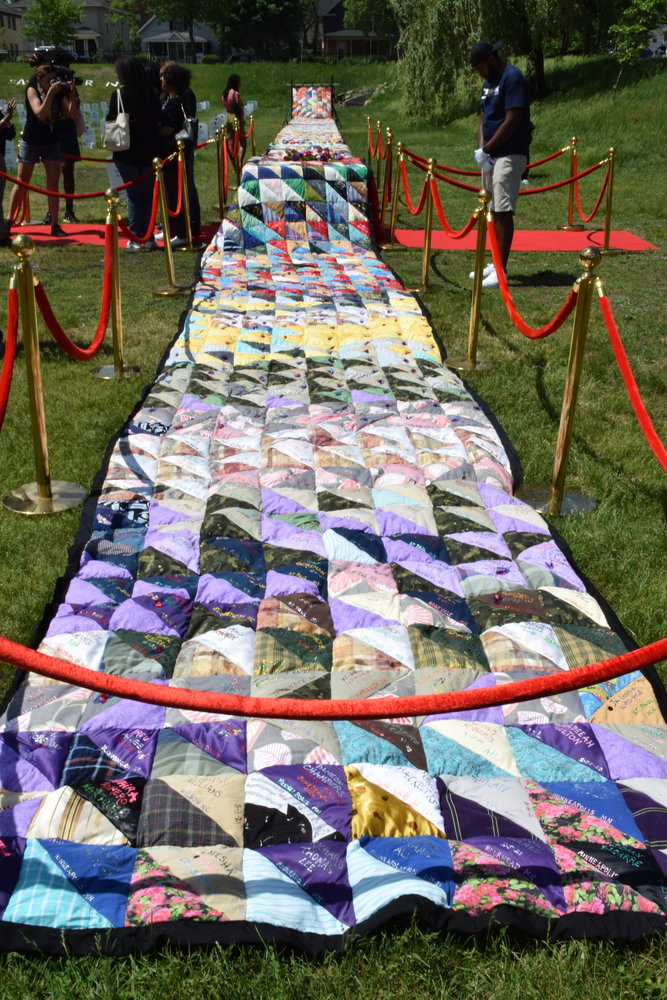 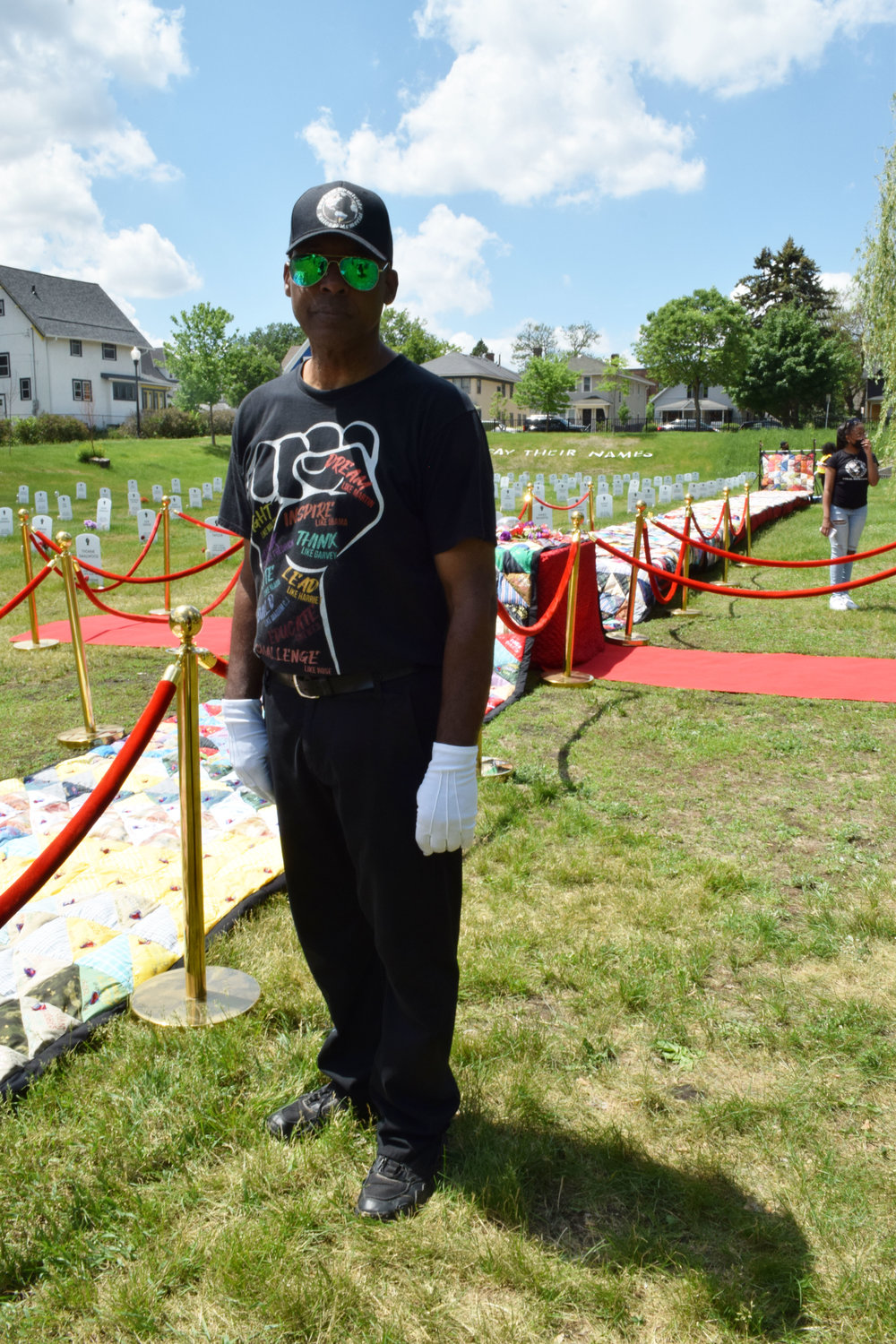 Artist Sidney Brodie added the name George Floyd onto a square of his memorial quilt, which he presented to Mr. Floyd’s family at the Say Their Names Cemetery in the early afternoon of the Rise & Remember event at George Floyd Square on May 25, 2021.  Floyd family members (from left to right) Mahalia Jones, Paris Stevens, Laura Stevens and Angela Harrelson receive a bell from Brodie, who clanged it nine times for the number of minutes Mr. Floyd was held to the pavement.

Brodie came to Minneapolis, the first time this far north, “because of the gravity of what happened last year.

"I wanted to be here with this family to mark this one year,” said Brodie. “No way I was going to let this pass without sharing with the family."

Brodie decided to create the Durham Homicide and Victims of Violent Death Memorial Quilt after two-year-old Shaquanna Attwater was shot and killed in 1994 while playing outside in Durham, North Carolina.

“I didn’t see the uprise, the outrage that I felt should have been exhibited,” said Brodie. The quilt now bears the names of 1,500 people in killed by violence in North Carolina and around the country. More information about the project is at SidneyBrodie.net.