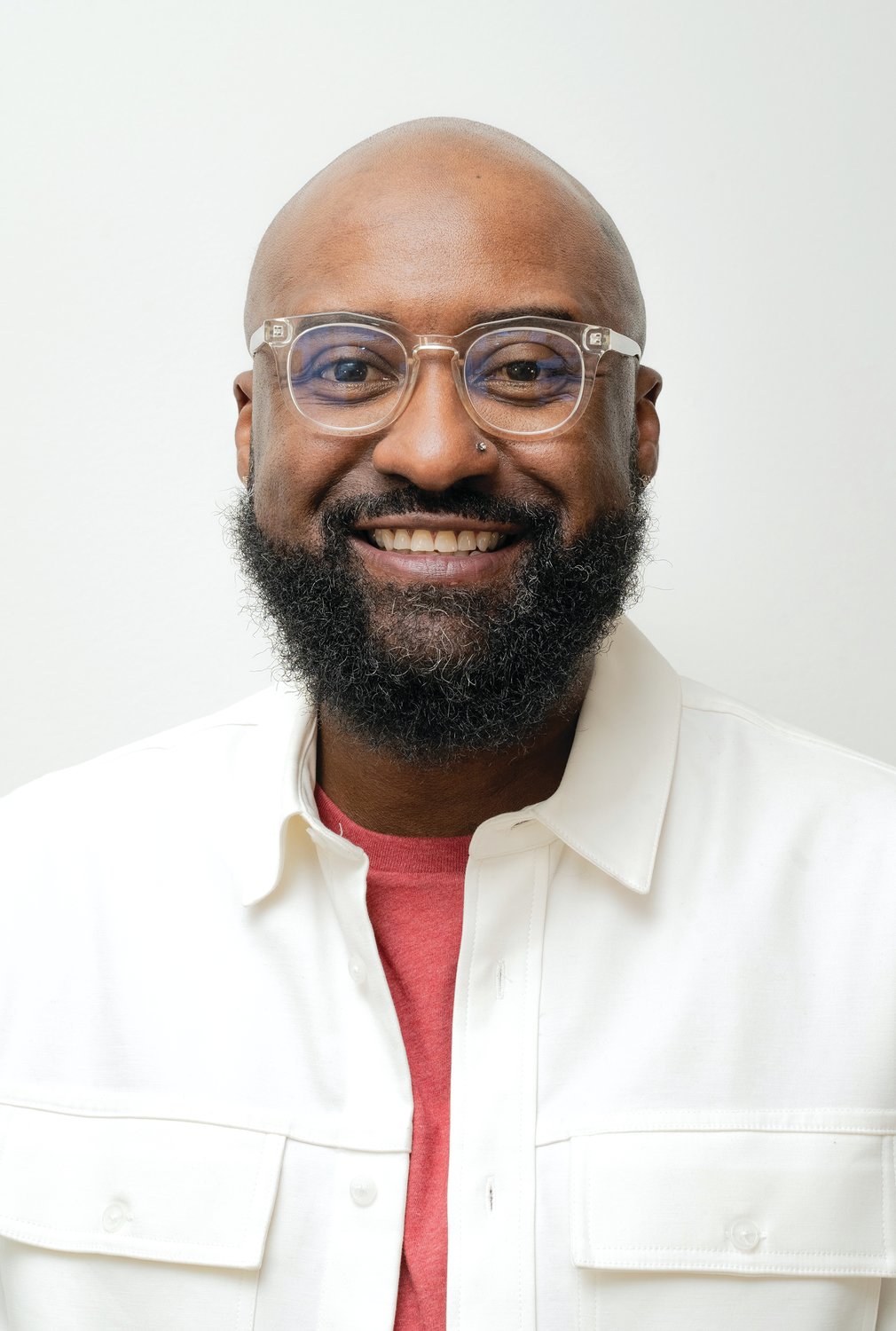 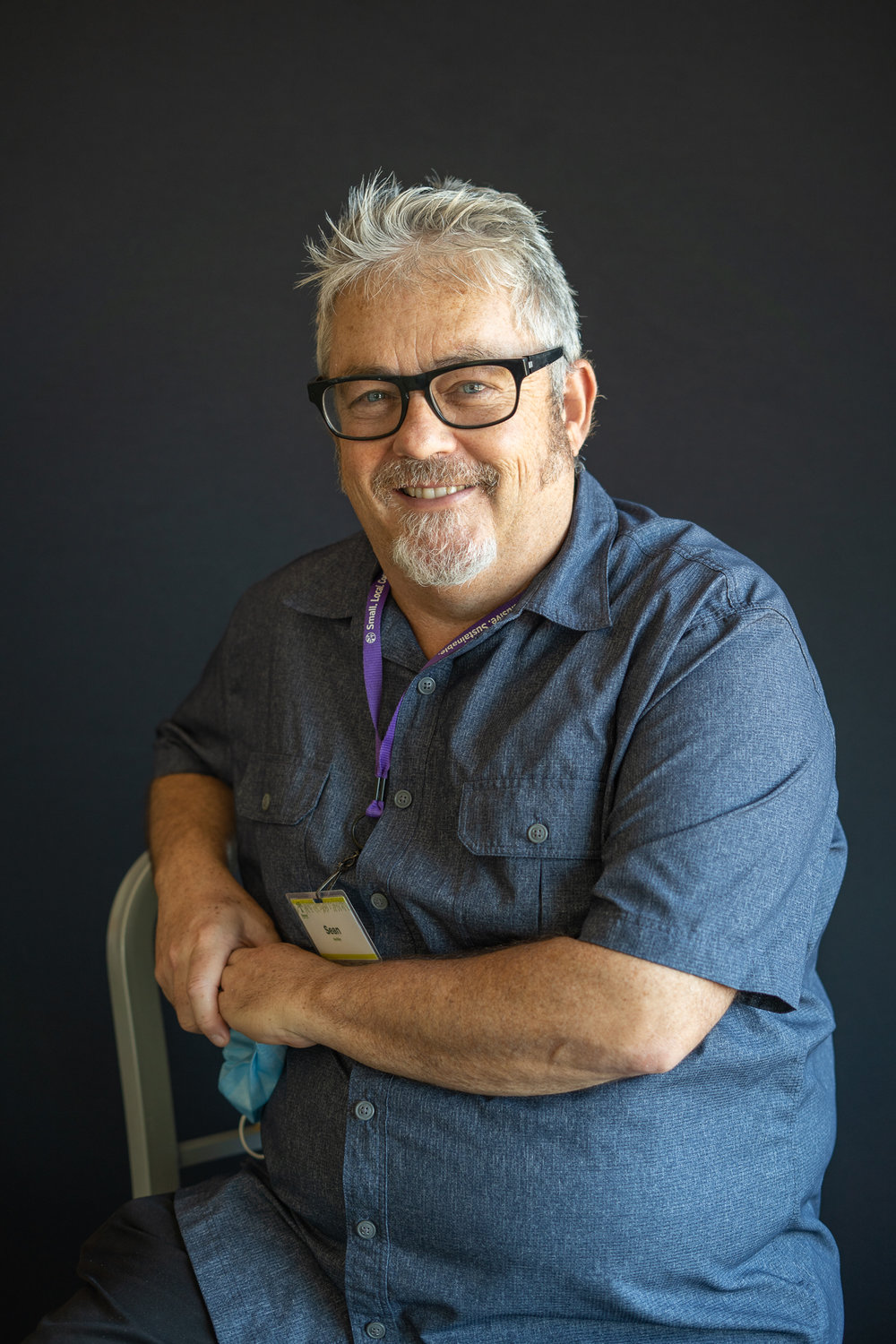 MORE ON THE CO-OP HISTORY

• Read the co-ops 40th anniversary book, “Growing With a Purpose,” on the co-op’s website

Local grocer Seward Co-op’s 50th anniversary is coming to a close this year, but there’s also another significant occasion taking place where many folks shop for sustainable and fair trade foods and goods. Outgoing general manager Sean Doyle’s last day with Seward was Sept. 29 (a position he held for 18 years) and the first person of color – Raynardo (Ray) Williams – has been appointed to the role of interim general manager by the board of directors during their search.
Per the co-op’s communication team, the board is just now creating a procedure to hire their next general manager. They anticipate the process may take anywhere from three to six months to find and fill the position.

Sean Doyle - outgoing general manager
What led to you deciding to leave the co-op after 18 years?
Doyle: I decided to leave the co-op for the business and store development director role with the National Co+op Grocers (NCG). It’s an opportunity where I will be able to use my skills to support food co-ops across the country with their businesses and expansion projects.
What are some of the things you’re most proud of doing at the co-op?
Doyle: I’m most proud of Seward Co-op’s demonstrated ability to survive and prosper in a very challenging and competitive grocery marketplace. This speaks to the commitment of our member-owners and their desire to support local producers. They keep dollars circulating in our communities where it makes a positive impact.
It’s been my pleasure to work with the dedicated and talented Seward staff who do so much to fulfill our mission of service to the community every day. We not only expanded our home store in Seward on Franklin Avenue, but we built a very successful second store on 38th in the Bryant neighborhood.
I am also incredibly proud of our SEED (round-up at the register) program. We founded this program 11 years ago and are approaching $2.5 million in funds raised for local non-profits.
What are some notable things you’ve seen while being general manager?
Doyle: I think the most notable thing in my mind is the transformation of how groceries are sold in the United States. When I first started at the co-op in the early 90s, organic and natural foods were not in the mainstream. They were often ridiculed because organic and sustainable agricultural practices were once considered “flaky” and “out there.”
Now organic and natural foods can be purchased everywhere, and today’s challenge is to give consumers information and choices about what is authentic in the marketplace.
Corporate “greenwashing” is rampant in the industry. Many products are made by large multi-national companies that aren’t necessarily interested in supporting small, local producers. A hallmark of food co-ops, and Seward Co-op in particular, is support for these producers.
We created the Community Foods program to better highlight products coming from the community for our shoppers.
What do you hope for the future of Seward Cooperative?
Doyle: Seward Co-op will always be my home co-op. I started my co-op career there in 1992 when it was a small store at 22nd and Franklin.
I have grown up with the co-op in so many ways. My hope is that it continues to offer a community-owned alternative to mainstream grocery stores.
I dream that it will provide leadership for our mission to sustain a healthy community built on food and environmental justice for another 50 years.

Raynardo Williams - incoming interim
general manager
Where did you grow up?
Williams: [I grew up in] St. Paul, but I currently reside in north Minneapolis.
How did you initially get interested in working for the co-op and what drew you to it?
Williams: After spending years working in a corporate environment, I wanted to work for a company that was mission-driven and that was more aligned with my personal and career aspirations.
[I] interviewed for the Friendship Store manager position in 2015 and [heard about] the positive impacts Seward envisioned the Friendship store having on the community: [growing] food access, creating jobs and opportunities for local producers/vendors, and a commitment to diversity by using equity as a lens for decision making. All of those things together increased my desire to want to work for Seward Co-op.
What have you learned from wearing different hats at the co-op since you were hired back in 2015?
Williams: I’ve learned so much over the years. Prior to Seward, my background was within the financial services industry working in various operational leadership roles. By coming to Seward I was able to apply what I had previously learned to the food cooperative space.
Since my time, I’ve directly managed the Friendship and Franklin store locations, and have had oversight of our café, production kitchen, operations support, and HR departments.
Throughout these roles, I’ve learned the importance of cooperation to make decisions that are in the best interest of our staff, customers, reputation, and financial sustainability with the overall goal of providing food access to all.
What are your thoughts on being the first person of color to be a manager at Seward Co-op?
Williams: I am so happy to have this opportunity. Black and Brown leaders in the food cooperative space are rare. So to have been chosen to not only to lead the co-op in capacity, but to be a voice, inspiration, and change maker to those who look like me is an honor.
How do you create good working relationships with the workers now that they’ve unionized?
Williams: I don’t have a strategy or formal process in doing that. I believe in developing authentic and organic relationships with all people I come into contact with. This includes all staff, community members and owners. The key for me is to build trust and by that, positive relationships are formed.
What are some of your favorite dishes or foods from the co-op?
Williams: The Lotus Restaurant frozen Vegetarian Eggrolls. They are so yummy!
What do you hope to accomplish as interim general manager?
Williams: During my time as interim general manager it is my hope to provide stability during a time of transition.
My predecessor Sean Doyle was in the role for 18 years. It is important that all staff, owners and community are confident in the co-op’s ability and leadership to continue to thrive.
In order for me to ensure this, I have to continue to foster positive working relationships with all staff.
We have so many passionate staff working at the co-op and it’s important that all voices are heard, support is provided, and we cultivate a positive work environment that allows for all of us to continue to do the great work we do.
What we do has so many positive impacts on people throughout the Twin Cities and throughout the world!