Take a walk with MIGIZI 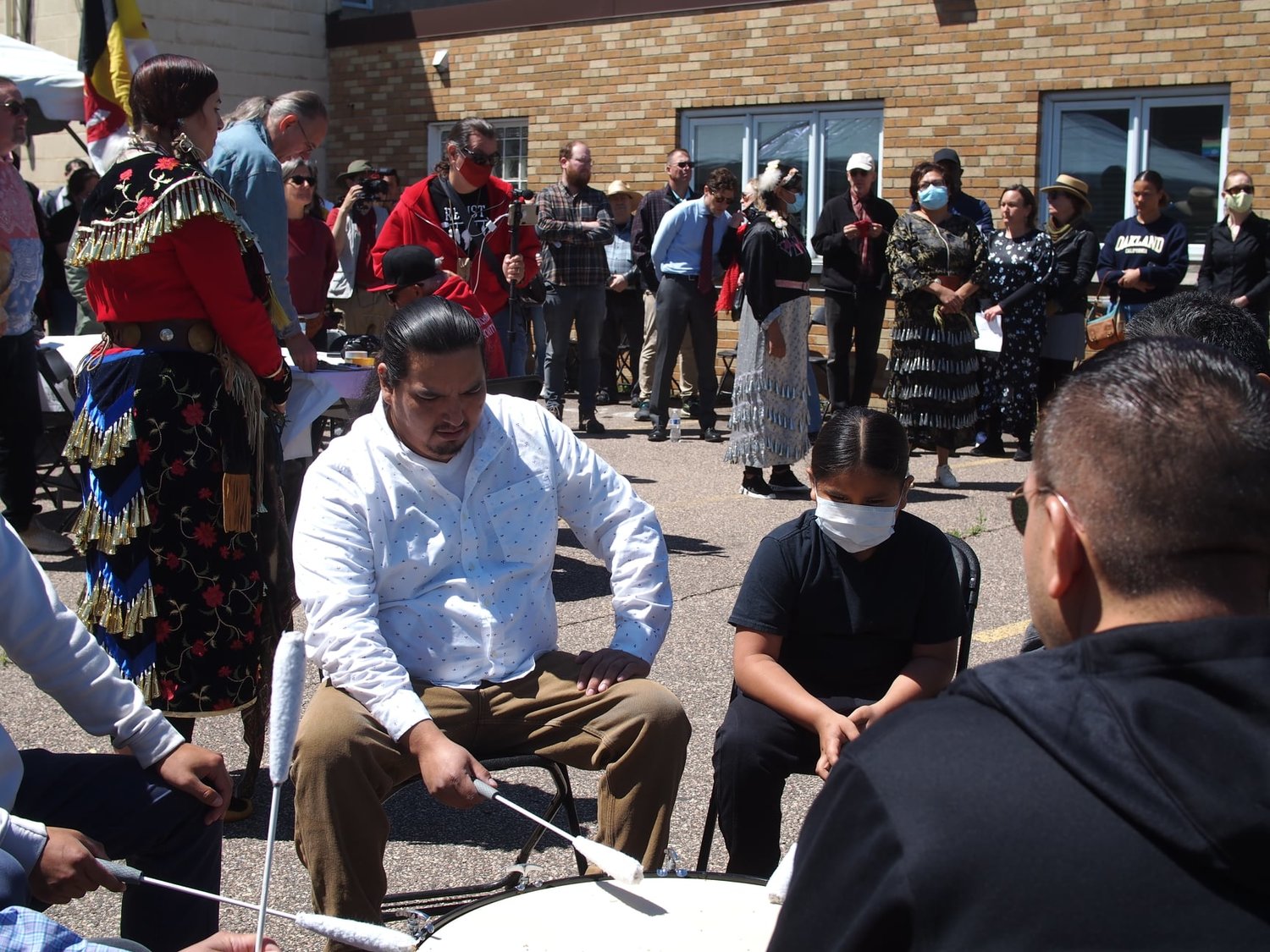 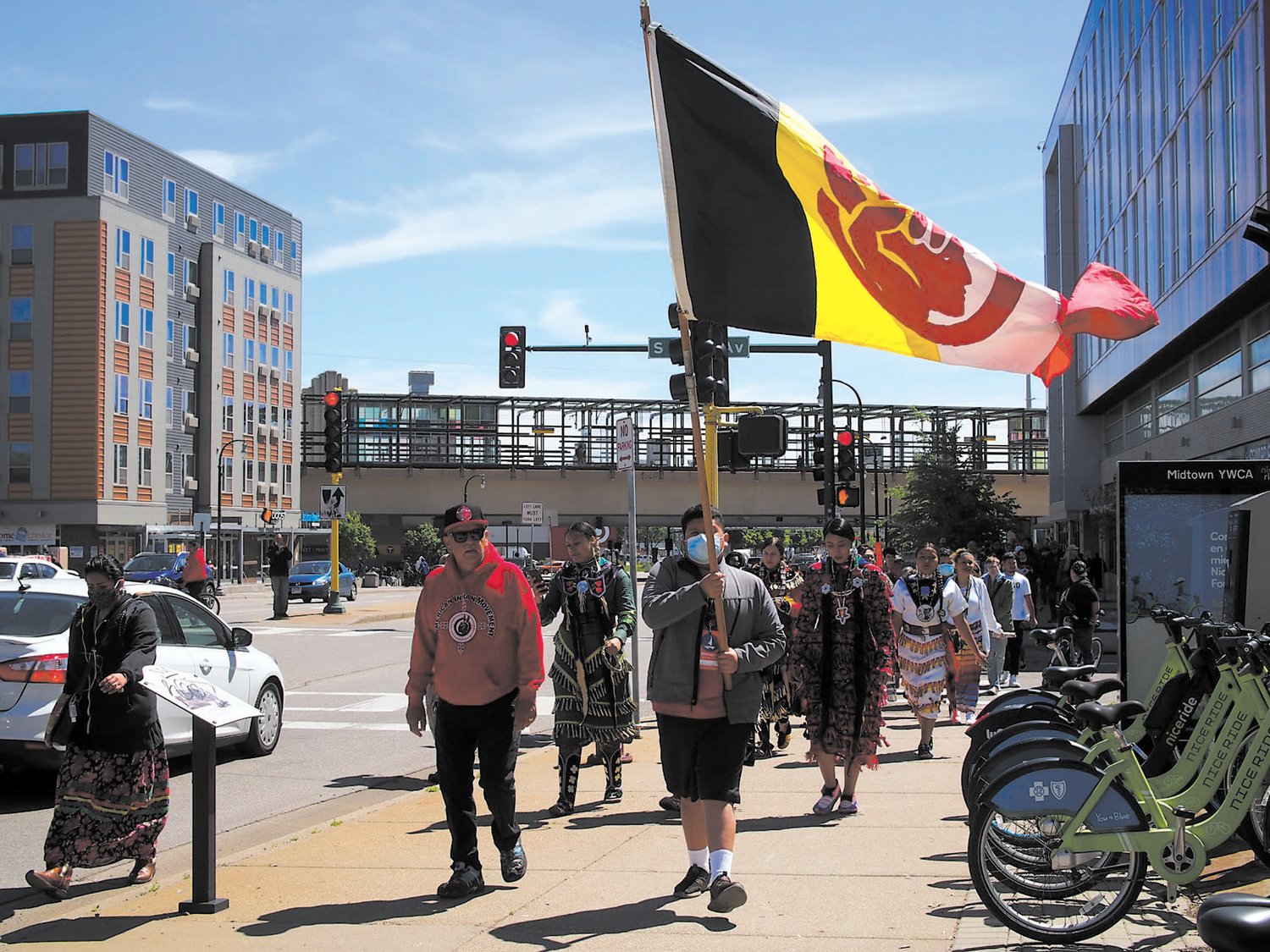 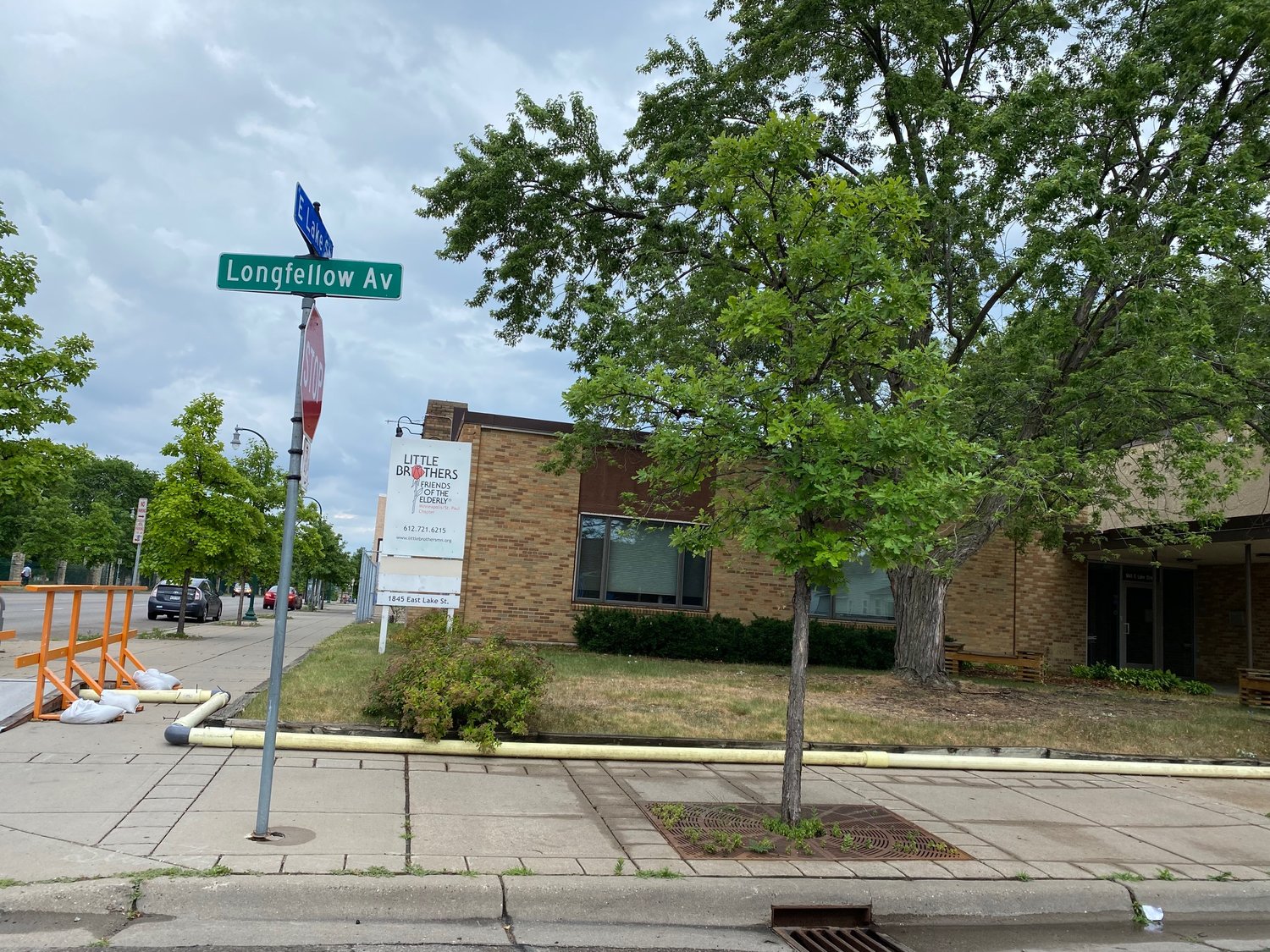 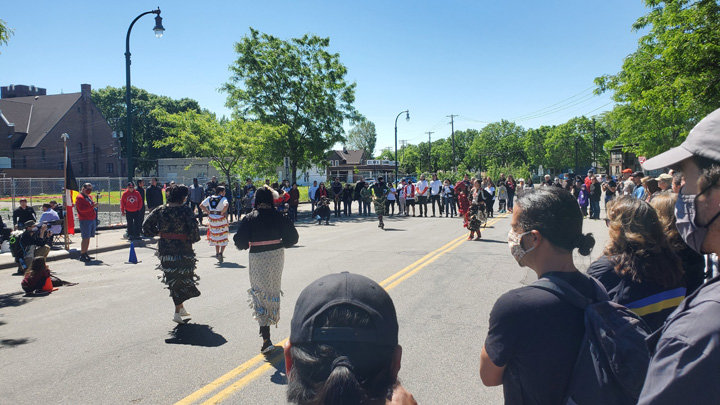 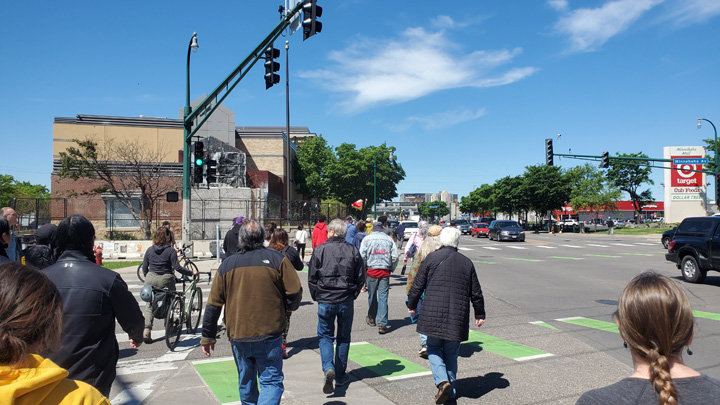 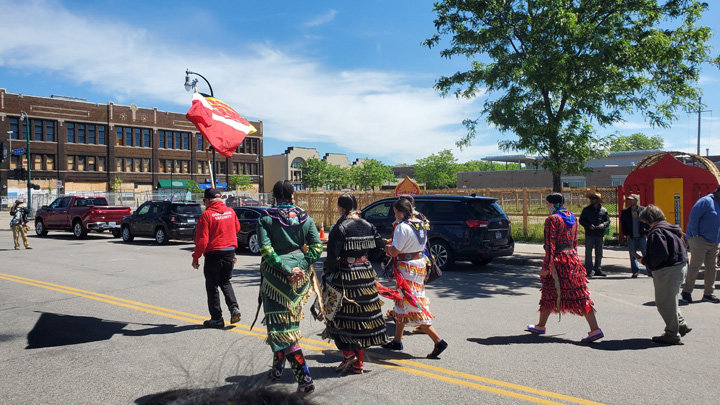 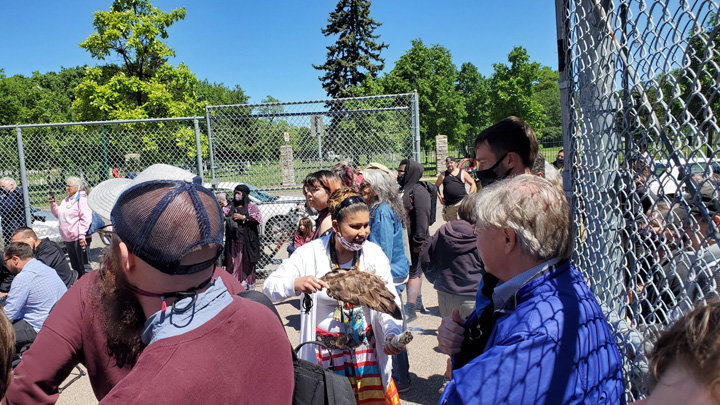 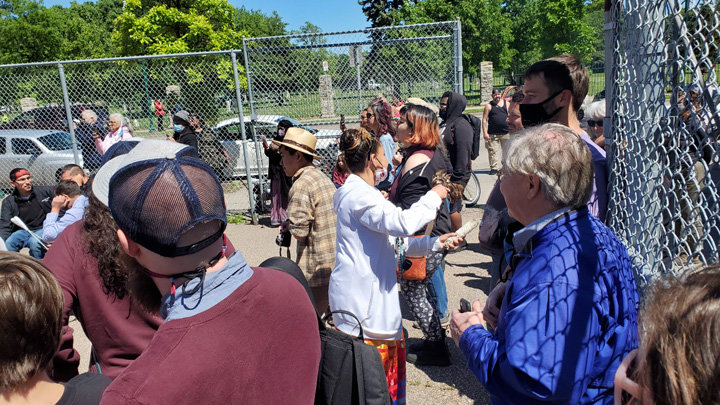 Founded in the wake of the 2020 civil uprising to address racial inequities in the Twin Cities, the Du Nord Foundation focuses on three core tenets, according to staff member Jennifer Pennington:

• Investing in rebuilding the community through intentional and innovative business development

“We do this with an eye towards economic justice,” said Pennington.

“Over 12,000 people from just about every country worldwide donated to our GoFundMe, bringing our total close to 1 million dollars.

“Of that, 48% of the donations were under $25. That’s almost half a million dollars in small contributions—proof that every person creates value.

“We distributed emergency rebuilding funds to 76 small and under-represented business owners in Minneapolis and St. Paul, whose physical stores or offices were damaged during the civil uprising.

“We relaunched the food shelf, called the Du Nord Foundation Community Market, which provides free groceries to over 400 families each week.”

One year after losing its newly renovated building in last year’s protest fires, MIGIZI organized a walk from its former location at 3017 27th Ave. S. to the building it has begun renovating at 1845 E. Lake St.
“The walk from the old location to the new location meant moving forward from the past,” said MIGIZI Director of Marketing and Communications Jacob Vang. “We wanted to recognize the past at our old space, but also through the walk on East Lake Street and settle on the future at our new space.
“The walk signified that we as a community have taken into account the past but will not let it hinder the progress that we set for our future.”
Founded in 1977, the nonprofit MIGIZI provides support and skills to Indigenous students in emerging industries, such as communications.

What has your journey looked like over the last year?
Being at the center of the protests last year after George Floyd’s death was difficult in that we saw a lot of hurt and tears expressed in many ways. When we watched the fall of our new building, there was an initial sadness and grief that overcame us all as we had just opened that space a couple months before. Over the next few days, we were uplifted and encouraged by our family members, neighbors, and supporters from all over the world. This really helped us pick up our feet and start moving.
Approximately a week after our building fell, we already knew we had a lot of work to be done to get our summer programming up and running. Thus, our staff got right to it. We worked with partners around the Twin Cities that allowed us to work in their space and were graciously given tools and resources that we lost. As our program leaders worked on ensuring a great summer for our young people, our administrators were looking for a new place to call home. Within a year we had found our new home at 1845 East Lake Street Minneapolis, MN 55407.

What support did you receive and from whom?
Our story got out there within hours of our building falling. People were giving generously and had given one million in a week. In the following weeks our supporters doubled that. Not only were we given financial support, but we were presented with a plethora of various donations such as projectors, computers, blankets, art supplies, and traditional medicines. And of course, we received thousands of encouraging messages on how our supporters could further assist us and how distraught they were about what had occurred. Support came from California to New York and everywhere between. We were especially in awe of the support coming from places such as Japan, Sweden, Australia, Mexico, and many other countries. We didn’t know how widespread our story was until we reviewed such donations!

How did you establish the path to move forward and what kept you going?
Moving forward was no easy task but with the support and heart of thousands, we knew we had to move quickly to stick true to our mission to empower our young leaders. There were many moving parts that allowed for the success of our rebuilding but to name a few, we’d love to highlight our supporters, board and staff, and young people. Our supporters gave us an ease of mind with the financial detriment that we thought we would face and we’re appreciative of that. Knowing that we had the backing of what it seemed like the world behind us, the board and staff diligently worked on a plan to proceed step-by-step.
And of course, the purpose of MIGIZI are our young people. COVID was impacting our youth negatively in engagement and academic success. We realize that distance learning was tough for everyone, but it should not be an excuse to exceedingly low graduation rates. We were and are determined to see our young leaders use their full potential and to exceed what statistics have been.

Talk about your new location.
Our new building that we have bought is located at 1845 East Lake Street, previously Little Brothers – Friends of the Elderly. This spot was selected because of the ease of access for students at South High School. South High School is one of our partnering schools and we’re excited to be only 0.3 miles away from them. Our new building at 1845 E. Lake St. is projected to finish construction in early 2022. Currently, we are located at 2610 E. 32nd St [the Du Nord Craft Spirits, foundation and community market building].
The partnership with Du Nord has been great. Chris Montana, the owner of Du Nord, has been very understanding of our situation and extends his hospitality to all faucets of our programming that allows our young people to learn, feel comfortable, and have a space that they can just hang out.

What’s next for MIGIZI?
At MIGIZI, we are looking forward to having more students and participants be in our programs, establishing new partners for our young people so that they can access different experiences, and becoming the “spot” for young Indigenous people to grow.

How can folks help?
People can make a difference by just having a conversation on the disparity of graduation rates in Minnesota. American Indian students are graduating at just 50.8% in Minnesota whereas White students are at 89%. American Indian students year after year have remained the lowest ethnic group and there needs to be a change. We need to better our educational system to be more considerate, determined, and flexible to foster the growth of all students.
If wanting to help fight the cause further, consider donating to MIGIZI at migizi.org/support-us.