News for everyone, delivered to everyone
40TH ANNIVERSARY 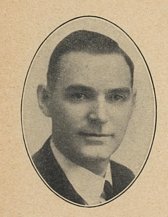 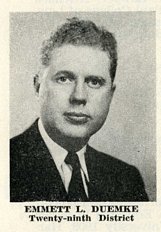 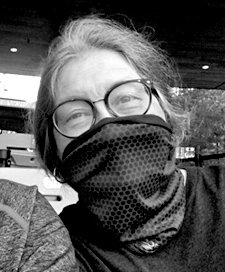 For many years the Duemke family played a dominant role in Minneapolis’ neighborhood newspaper community, with generations of family members working for the family-owned Argus Publishing Company. The father-son team of Lewis and Emmett Duemke Sr. were prominent community leaders who are forgotten today.

Lewis Duemke grew up in an Ada farming family, in northwestern Minnesota. He came to the Twin Cities to attend St. Paul Academy. In 1903, he joined the Argus Printing Company, and became its owner eight years later. Lewis Duemke spent much time expanding his newspaper network.

Argus began in the late 19th century, printing books, letterhead, posters, cards and, of course, newspapers. The company eventually would publish several Minneapolis neighborhood and first-ring suburban papers. The earliest paper predated the Duemkes. The East Side Argus began in 1890 and continued until 1957 when it and the South Minneapolis Argus were folded into the Minneapolis Argus. Lewis Duemke served in the Minnesota House from 1923-26. In 1926, he was elected to the Minnesota Senate, winning re-election in 1930. Races then were nonpartisan. Legislative records indicate he was a Republican.

Lewis Duemke was a supporter of Prohibition and sometimes gave speeches on the topic of the dangers of alcohol. In 1929 he introduced legislation that would have banned cigarette advertising on posters, streetcars and other places. It would not have affected newspaper advertising, something his foes pointed out. The senator said his intent was to try to limit efforts to sell cigarettes to minors. But the bill got caught up in a larger fight over cigarette taxes and didn’t pass. Active in many civic and fraternal groups, he was a staunch supporter of Minneapolis Edison High School. A plaque commemorating his community activities was placed near the athletic fields there in 1934. He died in 1932 after surgery for appendicitis, at 45 years old age. At the time of his death he was publishing four community newspapers – East Minneapolis Argus, Lake district Advocate, Columbia Heights Record and Camden-Fremont Bulletin.

Argus and its papers would continue under the guidance of other family members, eventually including son Emmett. In 1938, 23-year-old Emmett Duemke was elected to the Minnesota House. A Minneapolis Star article noted that he would be the youngest member or “baby” in the House that year. Like his father, Emmett Duemke was active in numerous civic groups. One year he was commodore for the Minneapolis Aquatennial. Emmett Duemke served in the House from 1939 to 1945, and in the Senate from 1945 until his defeat in 1954 by Don Fraser. Fraser would go on serve in Congress and later as mayor of Minneapolis. Emmett Duemke sold the Argus papers to the Sun Newspapers in 1960 before moving to Wimberly, Texas. He raised cattle and was active in other business ventures. He died in 1981 in Texas.

One of the colorful characters of south Minneapolis’ past neighborhood newspaper days was Edward P. “Eddie” Schwartz. He was a second-generation printer, newspaper reporter/editor/publisher, and a show businesses publicist whose specialties included burlesque.

The Schwartz family has a place in Minneapolis Jewish history, as well. Schwartz Printing Shop, later Schwartz Printing Shop and Ad Art Advertising, was Minneapolis’ first Jewish-owned print shop and one of the first union shops. Edward’s father, Mayer, opened the shop at age 17. It was originally located on Washington Avenue, and moved to different locations before landing at 3812 Nicollet Ave. in 1915. The family lived above the shop for several years. The shop later moved to Hennepin Ave. Mayer Schwartz worked as a printer for 61 years. It was the oldest continuously owned family print shop in the city at of his death in 1950.

Edward Schwartz launched the Nicollet-Lake Livewire monthly newspaper in 1921 after working as a reporter for the Willmar Tribune and the Minneapolis daily papers. The Livewire was published until 1967, with different editors besides Schwartz. For many years it was affiliated with the Loring Commercial Club and served as a promotional vehicle for neighborhood businesses.

E. Schwartz expanded the family printing business over time, handing out cards with jokes as a promotion. He did much job printing, including programs for events at the Minneapolis Auditorium. He also had a long list of community involvements, playing a leadership role in the Variety Club of the Northwest and the Variety Club Heart Hospital. He was involved in efforts to build Mount Sinai Hospital. Other involvements were with Temple Israel, the Minneapolis Chamber of Commerce, neighborhood business associations and with Democratic Farmer Labor politics. He was sometimes referred to as “Mister Minneapolis.”

Schwartz loved books and was a longtime book reviewer for the Star Tribune. He hosted visiting novelists including Henry Miller and Erskine Caldwell. He was a founder of the Henry Miller Society at a time when some of Miller’s novels were considered pornographic.

Schwartz was quick-witted, often called on by the daily newspapers for a quote, an interview or some historic background. The Star Tribune’s Mr. Fixit column, which answered reader questions, called him in March 1970 to answer a question about dance marathons in wake of the movie "They Shoot Horses, Don’t They?" He had promoted and printed programs for dance marathons.

Schwartz died in 1983. He was interviewed in the 1976 as part of the Jews in Minnesota Oral History Project. His interview can be found at the Minnesota Historical Society.

The Longfellow-Nokomis Messenger is not only one of Minneapolis’ oldest neighborhood newspapers, it is part of a long tradition of such Minneapolis and St. Paul publications.
Coverage of city neighborhoods was a 19th century staple for Minneapolis’ daily newspapers. Correspondents sent in copy describing which family had motored to Red Wing or entertained guests for Sunday supper. That coverage was phased out over time as daily paper news space faced other demands.
The earliest versions of neighborhood newspapers began in the late 19th and early 20th centuries. As Minneapolis expanded beyond its downtown area, and the streetcar network grew, distinct commercial and residential districts took shape.
Every neighborhood had at least one print shop. Printers were needed to produce letterhead, posters, business fliers, greeting cards, invitations, business cards and other paper goods. In some cases newspapers were a sideline for a printer, taking a back seat to job printing. In other shops the newspaper was the main focus. Printing jobs provided extra income.
Newspapers began rolling off of these small presses starting in the 1880s and 1890s. City directories indicate that Minneapolis had several dozen of these small papers over the years, most of them printed on a weekly, bi-weekly or monthly basis. They joined papers printed in several languages, predominantly Scandinavian languages and German in the 19th century.
These inaugural neighborhood and community newspapers not only served as advertising vehicles for their business districts, their printed pages were an important means of promoting or “boosting” community interests. Neighborhood causes filling the news columns included demands for paved streets, street lighting, better schools and adequate fire and police protection.
A frequent theme of early papers was to urge readers to “shop at home” at locally-owned stores, and not at “chain stores.” Stores and catalog companies including Montgomery Ward and Sears Roebuck and Company were viewed warily.
Papers came and went. It wasn’t unusual for printers to move their shops, discontinue one neighborhood newspaper and start another paper at the new location.
Some printers served as newspaper editors. Others provided printing services for individual publishers or for groups, which provided copy and editing. Civic booster or commercial clubs often served as publishers and editors.
The Southeast Civic Association published the East Minneapolis Bulletin and later Southeast Minneapolis Bulletin, starting in 1915. The South Side News, published by the South Side Businessmen’s Association, only lasted for a few issues in 1934.
Other late 19th and early 20th century South Minneapolis newspapers included the Southside Telegram, South Minneapolis Argus, Southside News and South Minneapolis Press. Various papers published under the name South Minneapolis News, with the earliest paper in 1883-1888. Names were reused by different publishers over time.
Some early papers were saved by historical societies and libraries. But others are only found with a reference in old city directories.
By the 1930s and 1940s, the number of neighborhood newspapers had dwindled. Increased advertising competition from daily newspapers, radio and later, television, took a toll. Changes in printing technology were another factor. Minneapolis retained a handful of papers, most owned by suburban chains.
Neighborhood papers enjoyed a renaissance in the 1960s and 1970s. It was time when Minneapolis, like so many other cities, found itself caught up in debate over urban renewal. People needed a way to communicate in the pre-Internet days, beyond distributing fliers door-to-door.
An example of a 1970s paper with a community betterment focus is the Seward West News, later the Seward West Gazette. In the early 1970s, the City of Minneapolis’ Housing Authority announced plans to demolish 70 percent of the houses in a 35-block Seward West neighborhood. It was part of an urban renewal and housing development effort.
Neighbors fought to preserve homes and their community, organizing as the Seward West Project Area Committee to fight City Hall. They crafted a development plan which emphasized historic preservation.
Eleven houses on Milwaukee Avenue were eventually demolished and replaced with new housing that reflected the historic homes. One house was moved onto the avenue from an adjacent street. The rest were preserved and rehabilitated.
Similar battles were unfolding throughout Minneapolis and St. Paul. Editors began to network and organize among themselves. It wasn’t unusual for editors to help each other with stories, page layout and the loan of equipment. Because neighborhood papers weren’t allowed to join the Minnesota Newspaper Association at that time, editors organized as what became the Neighborhood and Community Press Association in 1974. One argument that kept neighborhood papers out of MNA was that their coverage was “advocacy” journalism.
It was time to form their own group. Activists from the cities got together to share ideas. Jim Scheibel, an editor and organizer in St. Paul, helped bring the group together. He later became mayor of St. Paul and is now on faculty at Hamline University.
The organization at its peak had more than 40 members, with spring and fall conferences and an annual awards contest. But online advertising took a huge toll. The NCPA folded more than a decade ago. Today Minneapolis and St. Paul have fewer than 20 print publications between them. Along with the Messenger, Hill and Lake Press (1976), Camden Community News (1976) and Northeaster (1978) are among the oldest print publications.
Interested in neighborhood newspaper history? The Minnesota Historical Society maintains many papers on microfilm at its library, along with a digital newspaper hub. https://www.mnhs.org/newspapers
>> More photos and
stories about our 40 years