News for everyone, delivered to everyone
COLUMN

The words are easy, the work is hard 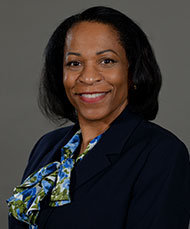 Reva Chamblis has served on the Metropolitan Council since 2019. She represents Council District 2 in northern Hennepin and western Anoka counties. The 17-member council is the primary planning entity for the Twin Cities metro area; it also operates Metro Transit, the region’s wastewater treatment system, and a regional housing agency. Chamblis has wide-ranging experience in planning, organizing, business consulting, and implementing community engagement projects.

Law and policy are comprised of words, but it takes committed action to create change. As the new year began in 1863, President Lincoln’s Emancipation Proclamation took effect. However, it generally was enforced only as Union troops advanced deeper into Confederate territory. It would be more than two years after the proclamation was issued that the North was able to end the bondage of Americans in southern states.
Even after the Confederate Army surrendered at Appomattox in April 1865, it took two months for Black Americans in Texas to learn they were free – on June 19, 1865. And it wasn’t until December of that year that the 13th Amendment to the U.S. Constitution was ratified, ensuring that slavery would be eliminated in all states forever.
Ninety-nine years later, it would finally become illegal to deny African Americans equal rights to education, voting, and public accommodations. The point I’m making is that real change is hard; it takes steadfast devotion to doing what is right to slowly bend the arc towards justice.

A high quality of life, and a high level of disparities
We see that in the Twin Cities today. By every measure our region has one of the highest qualities of life. We have an economy that consistently outperforms the national economy. We have outstanding cultural venues and opportunities, a nationally renowned parks system, and clean water.
Conversely, by most measures our region is one of the most inequitable for people of color. We rank nearly dead last when it comes to people in our African American communities being employed, educated, owning homes, and accumulating wealth. The words and intentions are there, but the change is slow.
I’m serving on the Metropolitan Council because we’re uniquely positioned to help create the change that makes a difference. As a planning entity for the seven-county metro region, we are facilitating discussions and leading to shape our future. It’s imperative that we pursue our vision now because our region is changing.
Today, 27% of the population of the seven-county metro region is Black, Indigenous, and people of color. However, in the next 18 years that number will be close to 40%. As a region we simply cannot afford to deny opportunities for education, good housing, and an ability to succeed that is on par with others in our region. It is a colossal waste of human capital that we cannot afford when we’re competing in a global marketplace. It’s also just plain wrong.
Equity has to be part of all of the work the Met Council does, from regional planning that sets a vision for housing, transportation, and economic development to operating parks, wastewater treatment, and our transit system. All the work we do must help contribute to building a region where everyone has access to opportunity and prosperity.

Ensuring current residents benefit from Blue Line Extension
I’ve been involved in the discussions of the Blue Line Extension that will connect Brooklyn Park and other cities to the regional rapid transit network of light rail and bus rapid transit. This newly revised route is going through Minneapolis’ Northside neighborhoods, where people know what’s happened in the past when big infrastructure projects wiped out African American communities, homes, businesses, and cultural assets in areas like Saint Paul’s Rondo neighborhood.
The result has been people and businesses displaced in the name of progress. Their homes bought out from under them at less than fair market value, and other affordable housing and business spaces bought up. In other cases, the new investment brings involuntary gentrification that can price the original neighbors and local businesses out of the area.
We have to make sure that the Blue Line Extension benefits the neighborhoods it serves by connecting them to the wider region. That way, a college student who lives near the corridor can use transit to go to school, and later to intern, or work, at one of the Fortune 500 companies located close to our regional METRO system. Businesses along the Blue Line can access customers from across the region.
The Met Council can’t do this work alone. We’re partnering with the neighborhoods we serve, Hennepin County, municipalities, and the U of M’s Center for Urban and Regional Affairs to ensure that we have a robust community discussion about how this major infrastructure investment should benefit everyone.
It’s been 157 years since the first Juneteenth, and 52 years since the passage of the Civil Rights Act. But it’s not too late to do the work to build a more equitable region. Let’s celebrate freedom and keep doing the work so necessary to guarantee it for everyone.