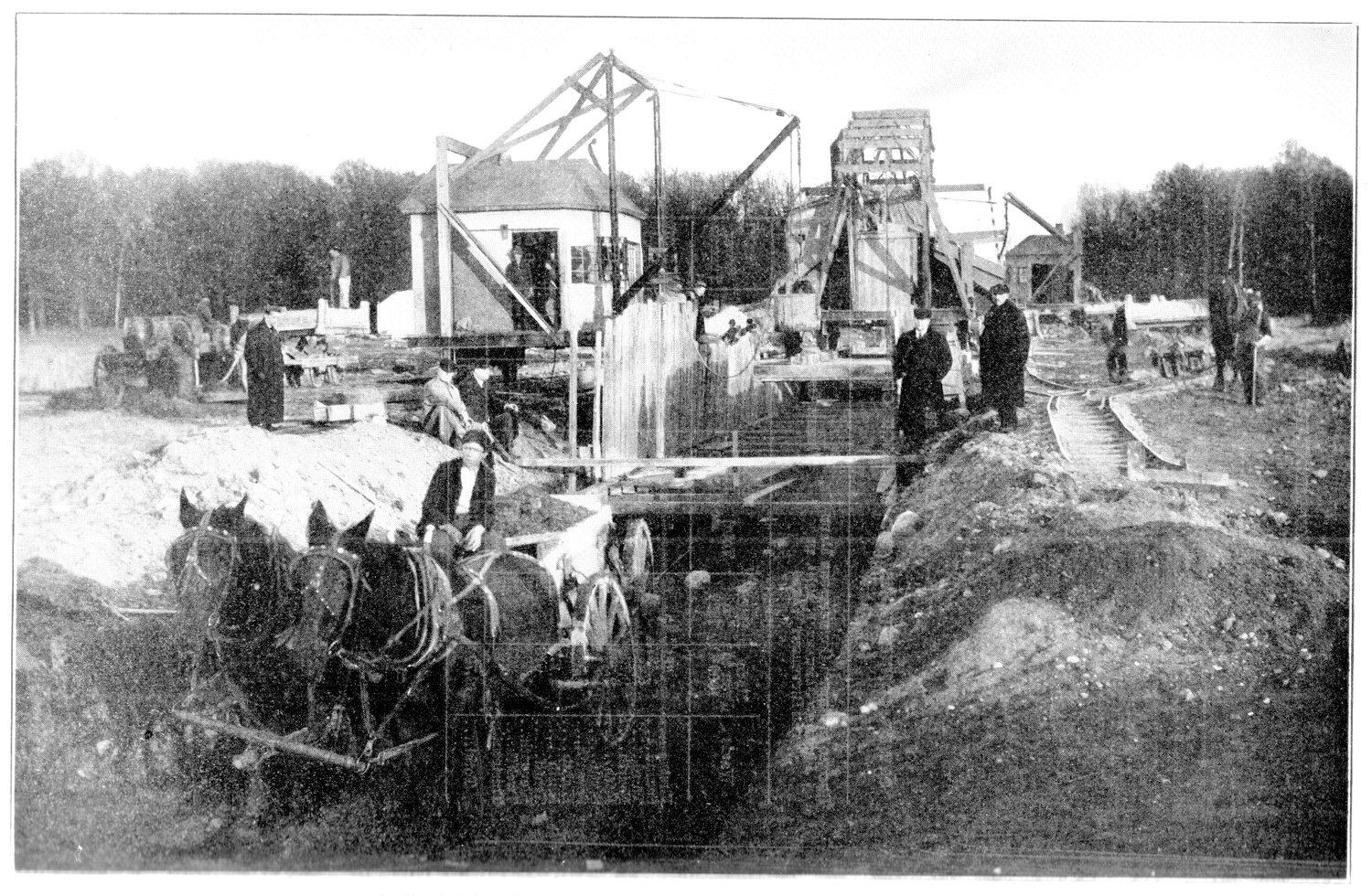 Extending the 38th Street sewer main, near the Mississippi River, 1909. (from the Annual Report of the Minneapolis City Engineer, 1910) 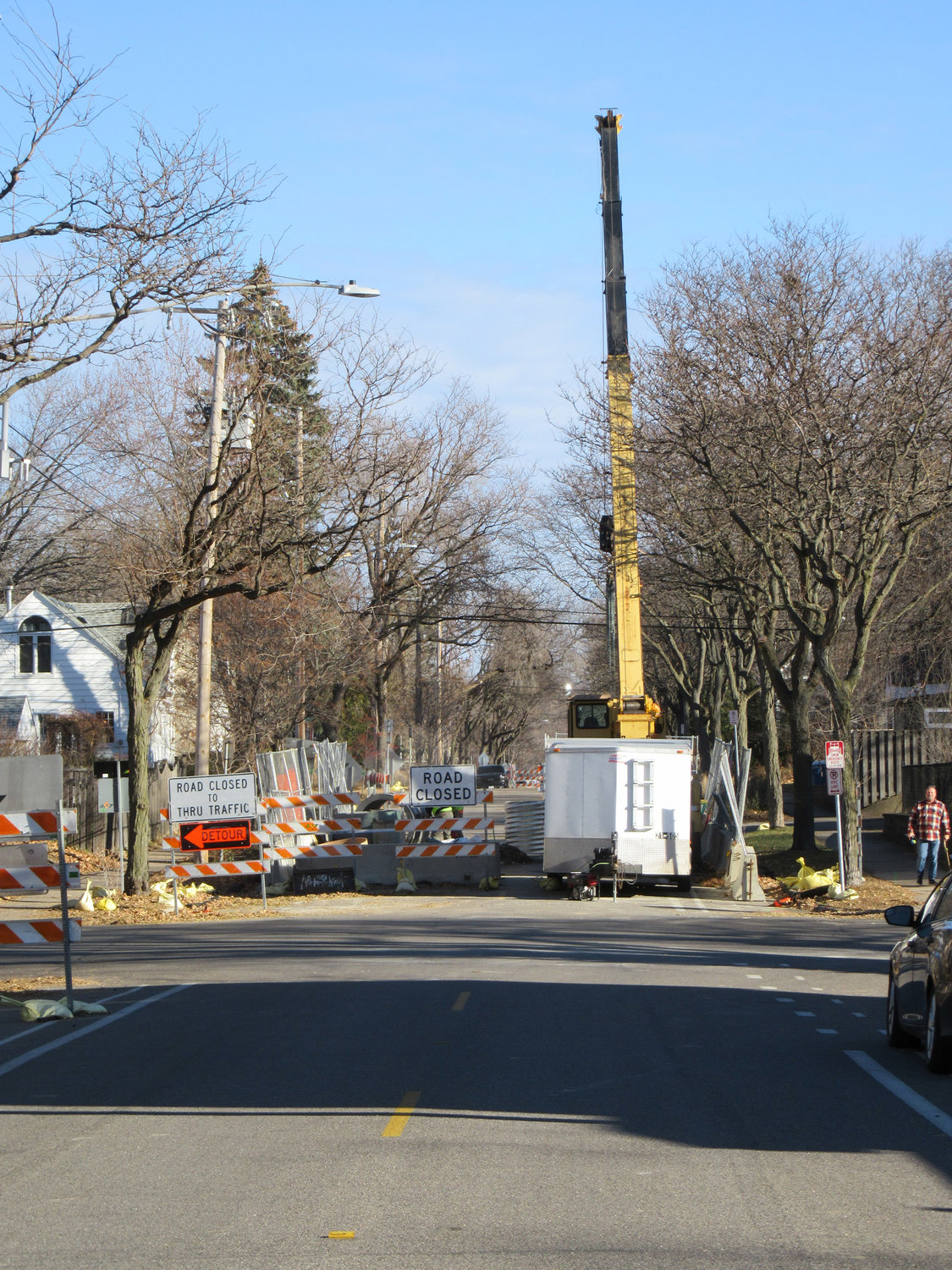 In 1909, 38th Street was barely a road or even only drawn on paper maps, especially close to the Mississippi River where this photo was taken. Most likely the photo was taken close to where 46th Avenue would be eventually, judging by the densely wooded area which was along the River at that time. A lot has changed with underground utility work since 1909 when the city first laid the sewer main down 38th Street to the Mississippi River. The crane they used in 1909 to get move things in and out of the trench is a major operation compared to the modern version which fits easily on one lane of 38th Street. Moving materials to and from the site is simple in 2021 - trucks just come and go from the site on the paved streets. But in 1909 it required temporary infrastructure be installed to the undeveloped site - note on the right hand side of the photo there is a temporary rail line that was laid to the construction site. ~ Submitted by historian Eric Hart