Shovel the sidewalks, say hi to your newspaper carriers 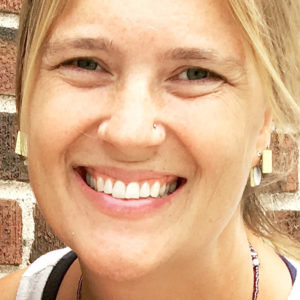 Let’s give a hand to our newspaper carriers, those wonderful people who are out delivering the news before many of us wake up. As winter sets in, give your newspaper and mail carriers a hand. Keep sidewalks shoveled and ice-free, and make sure there’s a clear pathway to your front door. Some folks even clear a house-to-house trail on their lawns so the carriers don’t have to go up and down steps. It could speed delivery, just a tiny bit.

Nearly 30 million U.S. households still get a newspaper delivered to their doorstep, according to 2018 data from the Pew Research Center.

The job hazards are what you’d expect – dogs, sprinklers, rain, snow and sleet.

The carriers may not be what you’d expect. Henry Huggins, the beloved fictional character created by Beverly Cleary, epitomized a time when kids filled the majority of newspaper routes. Today, most carriers do the routes as a second job. This side hustle pays for vacations, cabins, and home repairs. For some, it’s a way to stay active and fit when they retire.

Our newspaper carriers aren’t TMC Publication staff members, but employees of Fresh Heir, a small business that delivers for a variety of neighborhood newspapers in the Twin Cities. They earn their wage based on the number of papers and routes they deliver. Carriers can earn $13-15 an hour and their hours are flexible. To accommodate those without cars, the Fresh Heir van drops bundles off at street corners. Carriers can then fill their bags multiple times over the next hour or so without them becoming too heavy, and then work through way up and down the street. A 12-inch stack of newspapers weighs about 35 pounds, so a carrier is always balancing how much they can carry versus the length of the route. In poor weather, the carrier places the newspapers in polybags (that can be recycled by readers), and in better weather they roll them with a rubber band to make it easier to throw.

It takes some muscle and finesse to deliver a paper to your front steps. I can tell you that my arm got pretty tired by the end of my routes this summer, and some papers didn’t make it exactly where I was aiming. My apologies for those of you that found your papers closer to the bushes then your front steps.

Some of our carriers have been delivering the same routes for years, and although I tried to talk them into being interviewed for this column, they all declined, leaving the spotlight for others. These carriers regularly walking our neighborhood streets help keep them safe. And they feel connected to the homes they’re serving. 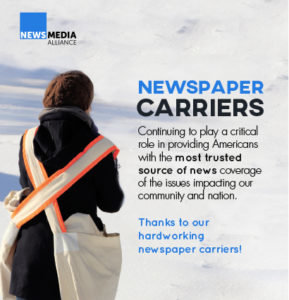 Every once in awhile a newspaper carrier makes it into the newspapers they’re delivering. Here are a few stories compiled by the News Media Alliance:

• In 2018, Howard Shelton was shot on the job. He is a carrier for the Arkansas Democrat-Gazette. The 60-year-old was delivering to customers on his route when his car was stolen and he was shot. His customers set up a GoFundMe to help with his expenses while out of work. It was the first time in 20 years Shelton missed work.

• In 2017, Mari Schlegel was delivering the Lincoln (Nebraska) Journal Star when she noticed a home on her route was on fire. After calling 911, Schlegel knocked on the door of the house to wake up the resident, Debra Sherard, and alert her to the fire. Thanks to Schlegel’s quick thinking, Sherard and her pets escaped the house unharmed, and the fire department was able to put out the fire before it spread further through the house.

• When Debbie Brazell, a newspaper delivery woman for Columbia, South Carolina’s The State newspaper, noticed that papers were piling up in the paper box of a long-time subscriber on her route, she thought something had to be wrong. And she was right. The 93-year-old resident had fallen and couldn’t get up, so Brazell called 911. The woman, it turned out, had fallen and blacked out on Friday, and was not found until Brazell arrived on Monday.

Feel free to leave a tip for your carrier during these tough winter months (it’s customary to tip a carrier $5 to $10 per month, and up to $25 during the holidays), and I’m sure they’d also appreciate a smile and a thank you.

Newspaper carriers don’t just deliver papers; they also deliver democracy door to door, according to Lindsey Loving, a spokesperson for News Media Alliance. “Without newspaper carriers, many people wouldn’t receive the news that keeps them informed about their communities,” she said. “Both the news and newspaper carriers play critical roles in preserving our democratic society, and we couldn’t be more grateful to them.”

The Department of Justice is investigating the Minneapolis Police Department

Living in America under Trump’s era while being black, Muslim, and a new immigrant