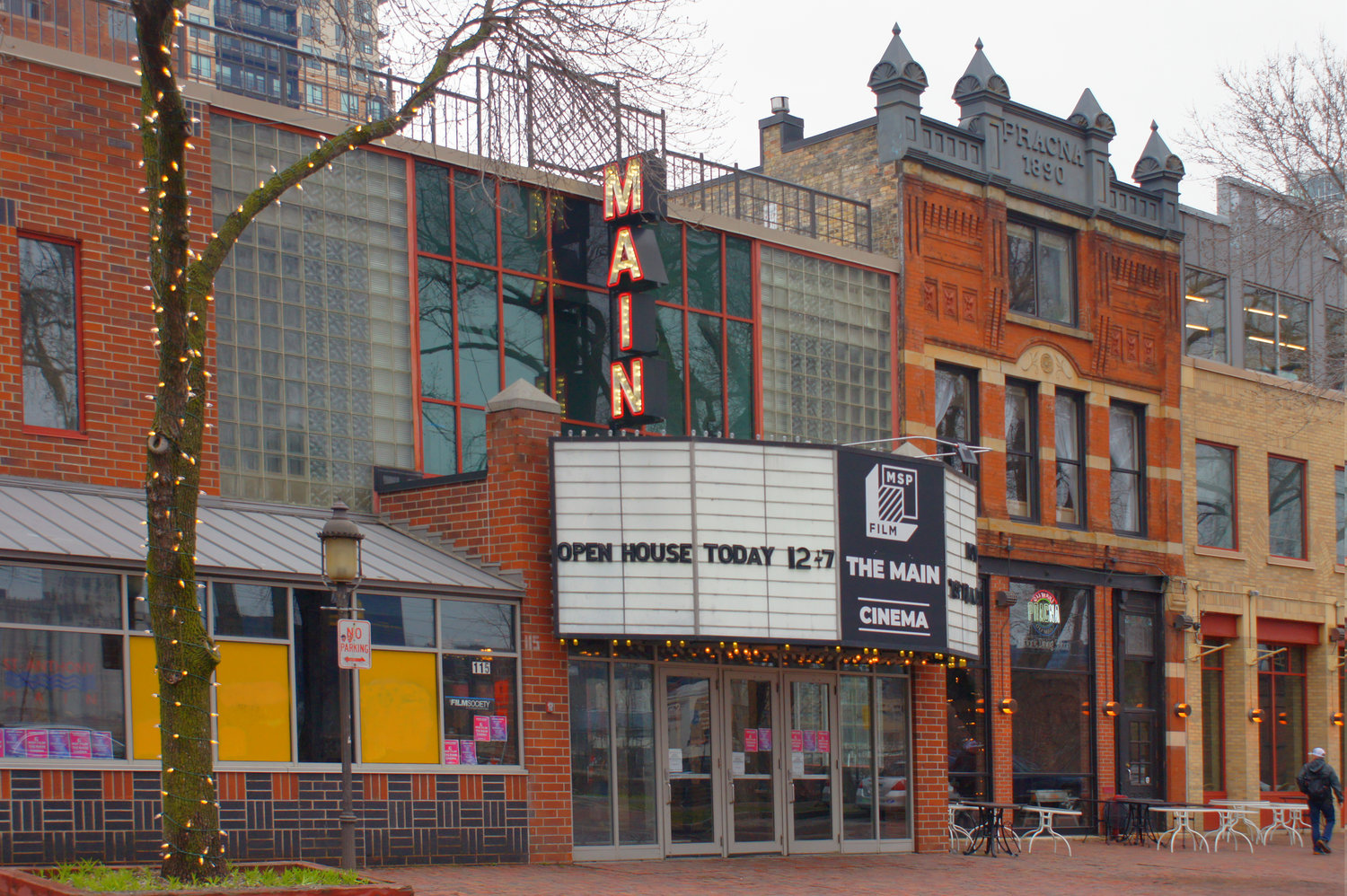 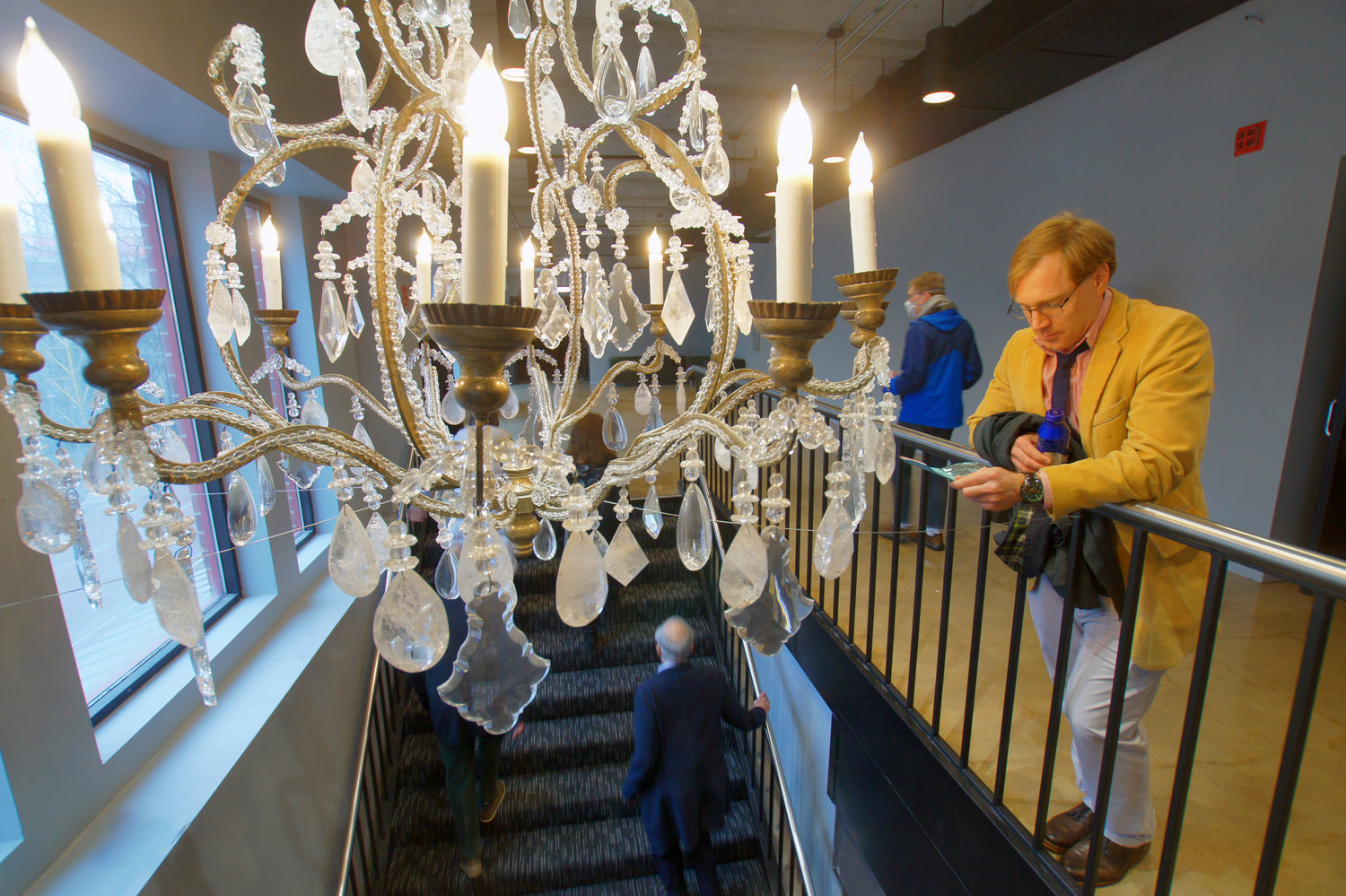 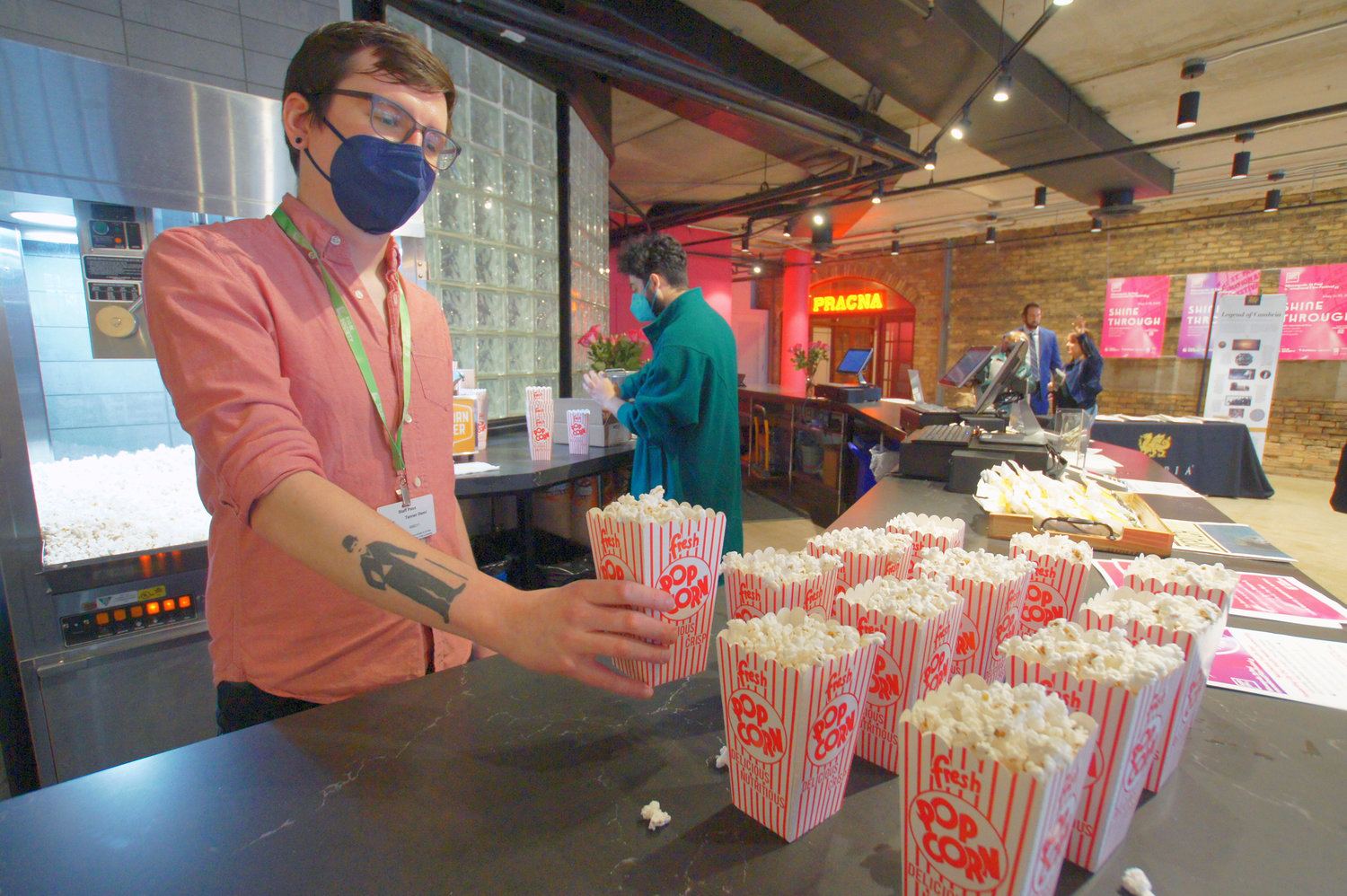 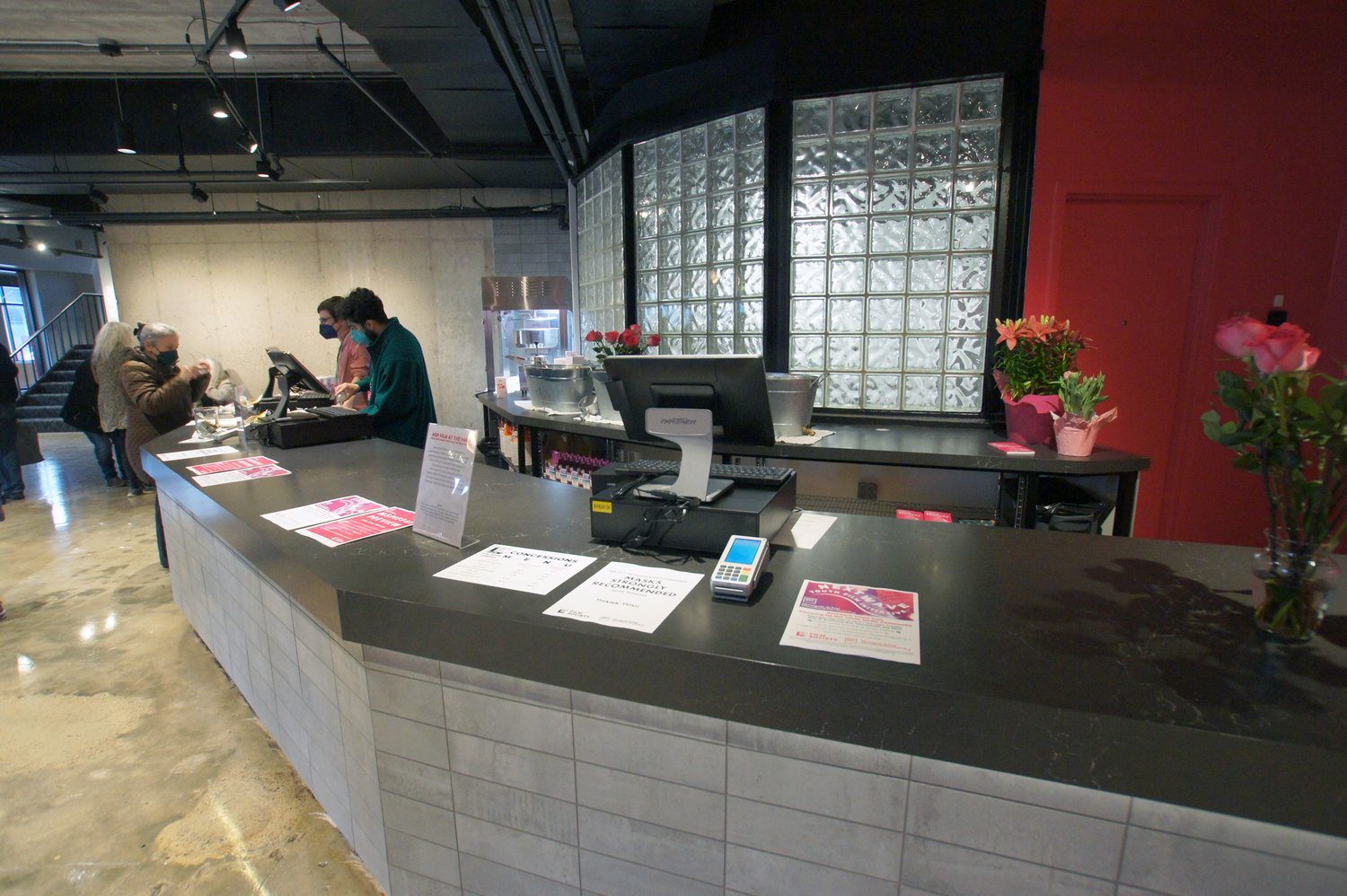 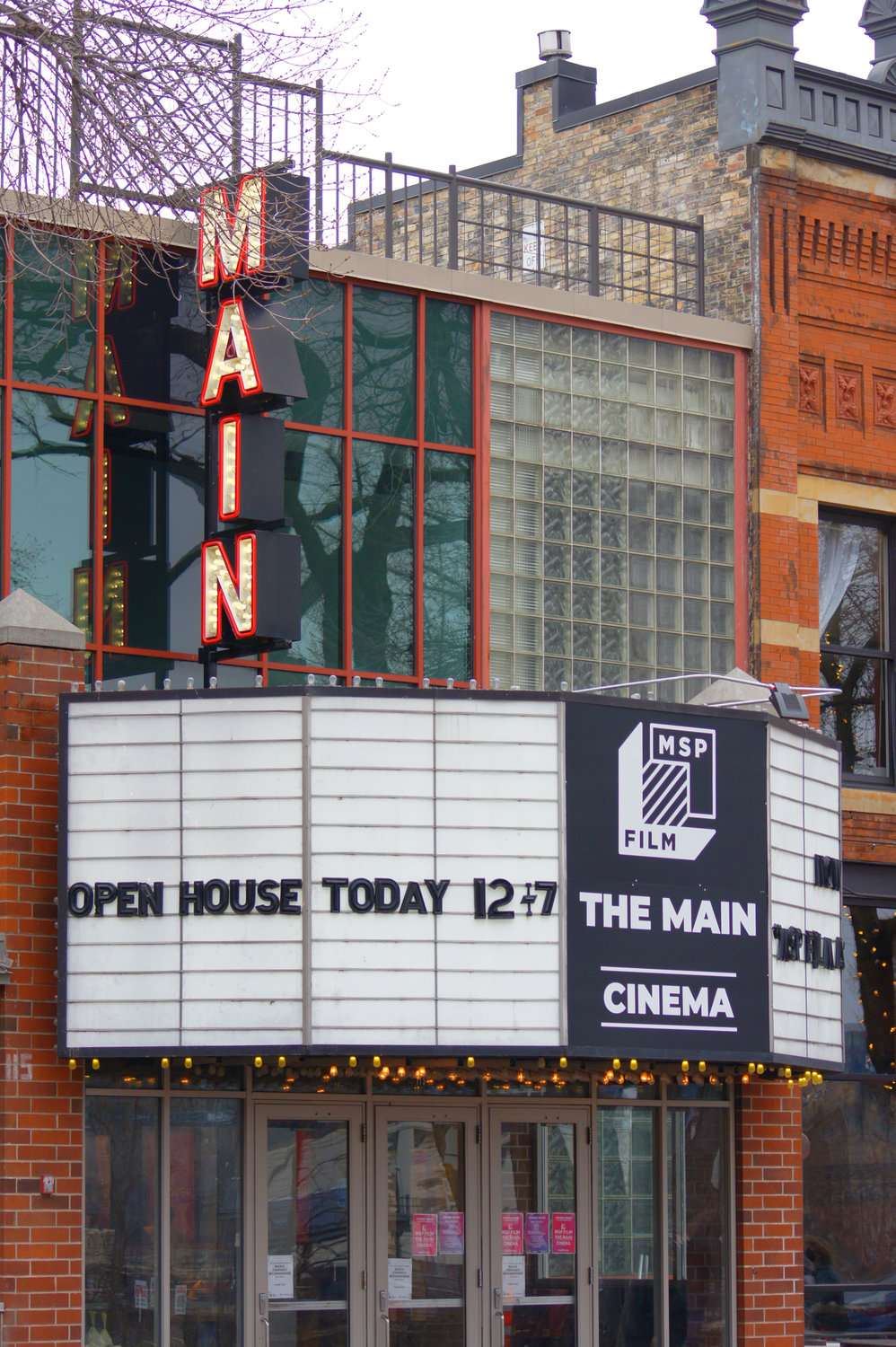 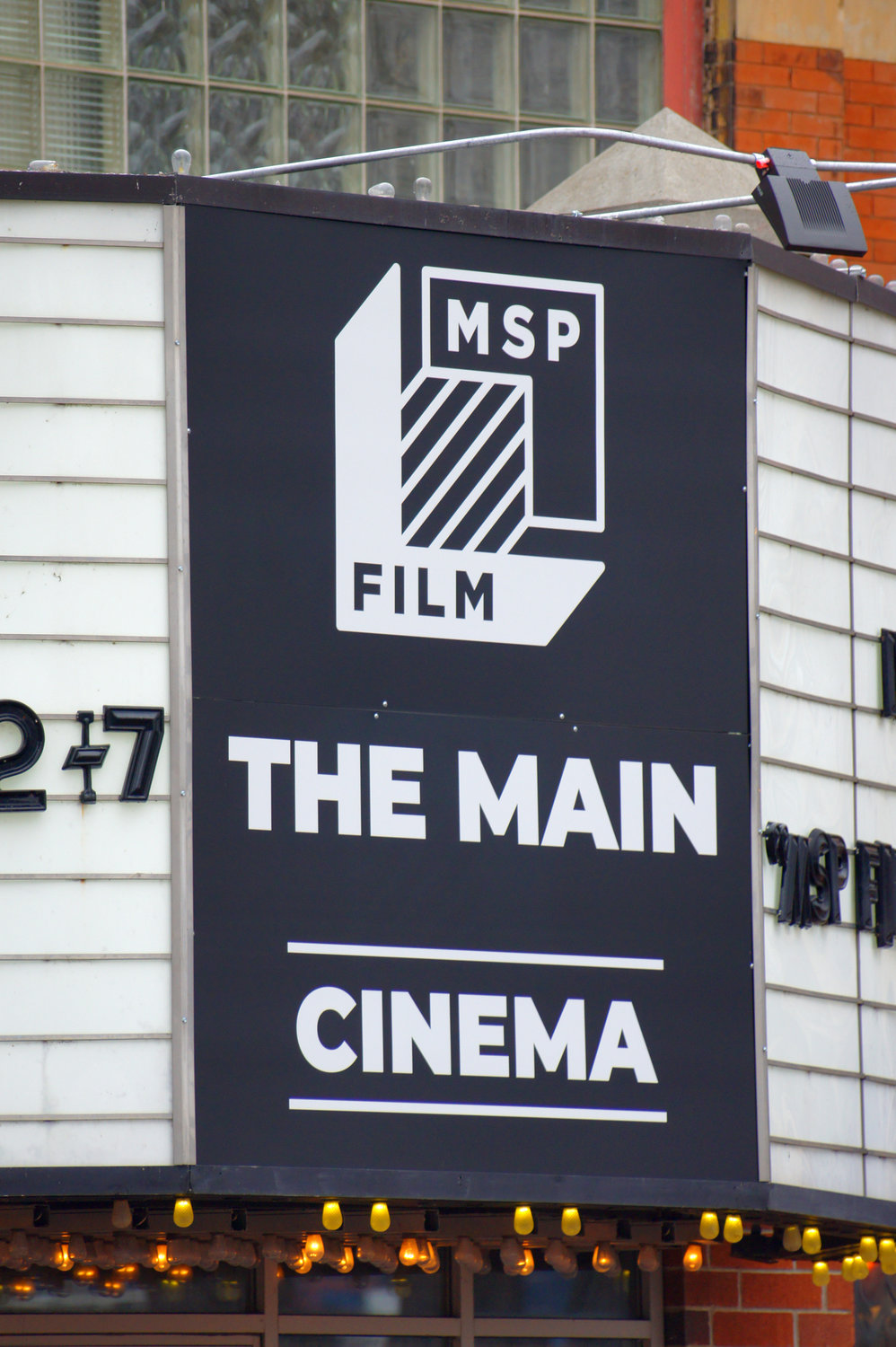 Welcoming its patrons back to a fresh look, the MSP Film Society opened the Minneapolis St. Paul International Film Festival (MSPIFF) on May 5 at the theater on 115 SE. Main. Formerly the St. Anthony Main Theater, the refurbished location is now called MSP Film at the Main.
Running through May 19, the festival will present over 200 films from over 70 countries and cultures. Festival attendees will return to a space that has undergone a thorough clean-up and update.
“We painted the lobby, took up all the carpeting, changed all the lighting, took out the drop ceilings, completely refurbished the concession stand, adjusted the sound, redid the bathrooms and put in aisle lighting,” said Susan Smoluchowski, MSP Film Society Executive Director.
“The seats were replaced just a few years ago, so we did not change them, but we will be doing a little bit of work on the headrests next week,” she said.
A large chandelier that drops down from the second floor ceiling was provided by John and Julee Rimarcik, owners of the theater building and nearly the entire stretch of Main Street. “The owner has invested himself in a lot of the upgrades over the past four months,” Smoluchowski noted. “The chandelier was discovered in one of his storage spaces.”
In phase two of the refurbishment, an elevator will be installed in the theater. “We will always need to be doing some work to upgrade the equipment,” Smoluchowski added.
But first, the 41st MSPIFF will take place, both onsite and virtually. Other venues for showing films will be the Landmark in St. Paul, the Capri Theater in Minneapolis and the Gray Duck Theater in Rochester.
This year’s lineup includes five films by Ukrainian directors. “We wanted to speak to what is happening in that part of the world,” Smoluchowski said.
The opening film May 5 was “The Phantom of the Open.” It is a British Comedy, inspired by Maurice Flitcroft, who entered the British Open having never played a game of golf in his life. Mark Rylance and Sally Hawkins star. “Rylance had a long career at the Guthrie, and, of course, Sally Hawkins needs no introduction,” Smoluchowski said. She said the Flitcrofts had twin sons who were competitive disco dancers. “Flitcroft gets into the Open, and the story continues from there,” Smoluchowski said. “We wanted something uplifting to start the festival.”
The closing film is called “Paulie Go!” and tells the story of a nerdy kid who studies in LA and wants to find the elusive professor who is an inspiration for him. “This film was shot almost entirely in Minnesota,” Smoluchowski said. “Much of the cast and crew will be here.”
Other highlights of MSPIFF include the screening of “Leadbelly,” “The Learning Tree” and “Shaft” by famed director, artist, musician and photographer Gordon Parks. “Half Past Autumn,” a documentary about Parks by filmmaker Craig Rice will also be screened.
“We are showing a number of films by women directors,” Smoluchowski said. On May 6, there were four films by four visiting female directors. There was an event celebrating women in film afterwards.
She said that Ken Jacobson will be recording a live podcast of his conversation with several visiting filmmakers on May 14. A Nextwave Youth Filmmaking Competition will be a part of the festival, also. During the two weeks, events and panels and parties will be sprinkled throughout the festivities.
The Film Society is now operating all five auditoriums at the former St. Anthony Main Theater location during the entire year, offering other festivals and international films on a daily basis.
“We are excited to show off our new theater and let people back in our fold, coming to see films every day of the year,” Smoluchowski said. “We are calling it a festival all year ‘round.”
To find out more about MSPIFF, film descriptions, schedule and tickets go to www.mspfilm.org