News for everyone, delivered to everyone
ELECTION 2021 RESULTS

On Tuesday, Nov. 2, voters in Minneapolis rejected a plan to change the Minneapolis Police Department and replace it with a public safety department. The vote was 80,506 no to 62,813 yes or 56.17% against and 43.83 in favor.

As of 4 p.m. Wednesday, Nov. 3, citizens were still waiting to hear the results of the park board races. With ranked choice voting, a winner is evident if they obtain a certain percentage of the ballots cast. For the mayor and city council members, that amount was about 50%. For at-large park board members with three open seats, it was about 25%. For district 3, a candidate needed 9,617  votes to win in round one based on the total number of 15,120 votes cast; it was 15,155 in district 5 based on a total of 30,308 votes cast.

Mayor Jacob Frey will return for a second term. He was announced the winner on Wednesday after two rounds of tabulations. The final second round count was 70,669 for Frey or 49.1% and 55,007 or 38.2% for Kate Knuth.

For the races that met this threshold, we have listed the number of votes for first choice. This includes: City council races in wards 9, 11 and 12. 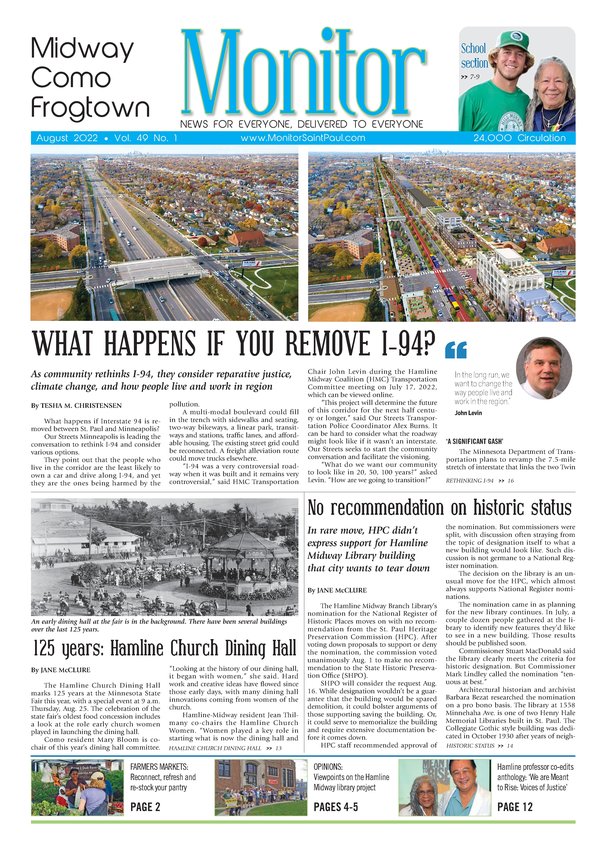 A WALK THROUGH TANGLETOWN

Today’s Tangletown neighborhood used to be known as Washburn Park, and the high school, library and historic water tower still bear evidence of the family that transformed the space from farm …