Have a little grace

We can feel both-and: Support protests and grieve loss of local businesses 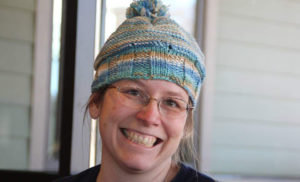 There was a saying that was repeated so often when I was in graduate school that we all used to groan when our professors would say it. It was a deceptively simple phrase that went like this: “It’s a Both-And.” We used this phrase to refer to situations that seemed like they had to be one way or all another, but somehow were BOTH...AND. Both things. This AND that.

The last several weeks have been a practical lesson in holding two (or sometimes more) seemingly conflicting truths at the same time. As humans we are quick to see things as one way or another. If I am right, you cannot also be right. It is uncomfortable to think that two things that seem conflicting might both be true at the same time. Either-Or is much more comfortable than Both-And.

For example, consider this truth: Riots are justified when an entire people group has been largely unheard for more than 400 years, when no other method of communication has worked, not marches or kneeling or sit-ins or holding signs or writing letters or voting. Literally, nothing else has brought about the necessary systemic changes. The murder of George Floyd pushed many people beyond the threshold of peaceful protest, and that makes sense.

AND this truth: The destruction on Lake Street, University Ave., and elsewhere in Minneapolis and St. Paul hurts the people who live here, many of whom are Black, Indigenous, People of Color, and/or immigrants. Businesses that employed local residents and supplied necessary services are gone, impoverishing already struggling neighborhoods. Some people have lost their entire livelihood. The destruction is breathtaking.

BOTH positions can be true.

We don't have to pick a truth, take sides, or negate one thing in order to prove the other.

We can hold both truths, though it is uncomfortable and hard to do.

When we hold both truths, it moves us beyond focusing on which thing is the problem and pushes us toward solutions. We need justice and equity for people of color. The question right now is not what types of protest are ok, but where do we go from here? How do we deconstruct and reconstruct? Where can we participate in systemic change and where can we participate in “boots on the ground” relief for our neighbors and community members.

As a white woman, I’ve spent the last few weeks with my ear to the ground, listening to the people who haven’t had a voice. If you’re white, I suggest that you sit back a little bit and do the same. Make space for others to take the lead. Be conscious of taking up all the space in a conversation. Consider that your concerns have often (always?) taken precedence over those of others. We can’t have a just and equitable system if we can’t hear that our answers have historically only kept white people safe. None of us want a repeat of the last month, not another murder, not fires, not curfews or police wearing riot gear or the National Guard.

Follow the lead of your non-white neighbors, friends, and community members. They know systemic racism from the inside.

Until the voices on the inside are heard, there will be no peace, only silence.

Until silenced voices are heard, there can be no justice, no equality.

No justice. No peace.

Amy Pass earned her master’s degree in marriage and family therapy from Bethel Theological Seminary. But perhaps her greatest lessons have come from raising two children and maintaining a 21-year marriage.