Well-known Minnesota chef plans to open restaurant in The Capp

Development near 46th and Hiawatha will also include grocery store, other retail, and 150 apartments

James Beard Award nominee chef Erick Harcey plans to open a new restaurant next year in The CAPP building, a mixed-use project near 46th and Hiawatha that will include a grocery store.

The restaurant at 3939 46th St. E. will be part of a five-story mixed-use development proposed by Excelsior-based Oppidan Investment Company. Construction is anticipated to begin in 2018.

“I’m thrilled to have the opportunity to develop a restaurant in the Longfellow neighborhood,” Harcey said in a press release. “My team and I are looking forward to bringing an approachable space to the area and a destination for all.”

The new 4,000-foot, one-story restaurant building (illustration right provided by Oppidan) with outdoor seating will be located on the northwest slice of the property, between the extension of Snelling Ave. and the railroad tracks. The five-story building with the grocery store will be to the east, replacing the current structure that houses Creative Kidstuff’s corporate offices.

Harcey has not yet picked a name for his new restaurant, and other details, including concept and menu, are still in the works.

The new restaurant in Longfellow near Minnehaha Park comes at a time of flux for Harcey, who has recently stopped serving the “Perfect Burger” at his Victory 44 restaurant in North Minneapolis and shuttered the Upton 43 and Dirty Bird take-out in Linden Hills. The Upton 43, known for its modern spin on Nordic food, will be reopening at a smaller location in the North Loop.

Harcey’s deep Swedish roots are at the source of his cooking, according to his website.

“He has never quite recreated, in later life, the joy of coming home from school in Cambridge, MN, and smell, before he even opened the door, that his mother was baking potato dill bread. And it was several long talks near the end of his Swedish grandfather’s life that gave him the ultimate vision for Upton 43. But Chef Harcey is just as influenced by Marco Pierre White’s White Heat, and the insatiable inventiveness of Ferran Adría.”

When he’s not in the kitchen or planning a new restaurant, Harcey might be found coaching one of his four son’s baseball teams or trying to get a fat walleye to bite the end of his line.

No grocery store named yet

Both the restaurant building and the five-story structure with a grocery store, 150 apartments and pedestrian-friendly town center were reviewed by the city’s planning commission on July 17.

“We received project approvals from the Minneapolis planning commission about a month ago and are very excited, but still have some big challenges,” said Drew Johnson of Oppidan. 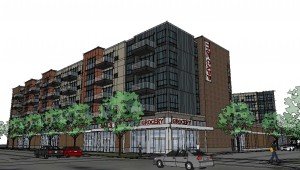 Photo right: James Beard Award nominee chef Erick Harcey plans to open a new restaurant next year in The CAPP building near Hiawatha and 46th, part of a multi-use development that will include 150 apartments and a grocery store. (Illustrations courtesy of Oppidan)

A grocer has not yet been selected.

“Now that we are approved, we’re going to the market to see who can best meet/achieve the specific land-use requirements of Minneapolis,” said Johnson.

Challenge ahead for the project include funding for the public improvements, including the new city street, Min Hi Line trail project, and relocating the Xcel power poles.

The city approved a variance to increase the maximum allowed gross floor area for commercial use from 20,000 square feet to 47,280 square feet, subject to a few conditions. Staff recommended that a principal entrance, accessible to the public during the open hours of operation, be prominently located at the corner of 46th St and Snelling Ave., and at least one commercial tenant space in addition to the grocery store face 46th St.

The city also requires that architectural elements, such as windows, shall be incorporated on the north, east and west building elevations to prevent blank, uninterrupted walls exceeding 25 feet in width as required by section 530.120 of the zoning code. On the west elevation of the elevator/stair tower and at the upper floors of the corner of the building facing 46th St and Snelling Ave, additional consideration shall be given to ensure the corner of the building is an attractive focal point with visual interest. Also, to be consistent with the zoning code, the exterior appearance of the face brick and thin brick cladding on the insulated precast wall panels will match, and the types of metal panel used will be limited to two, one of which will be an accent material.

The planning commission also gave a deadline for the project: all site improvements shall be completed by July 17, 2019. 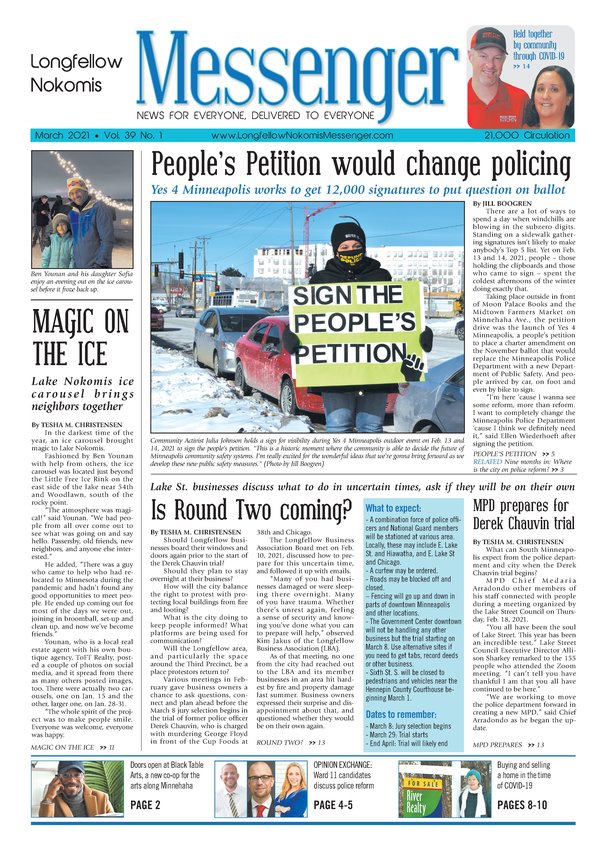