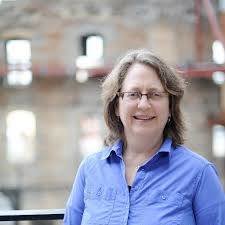 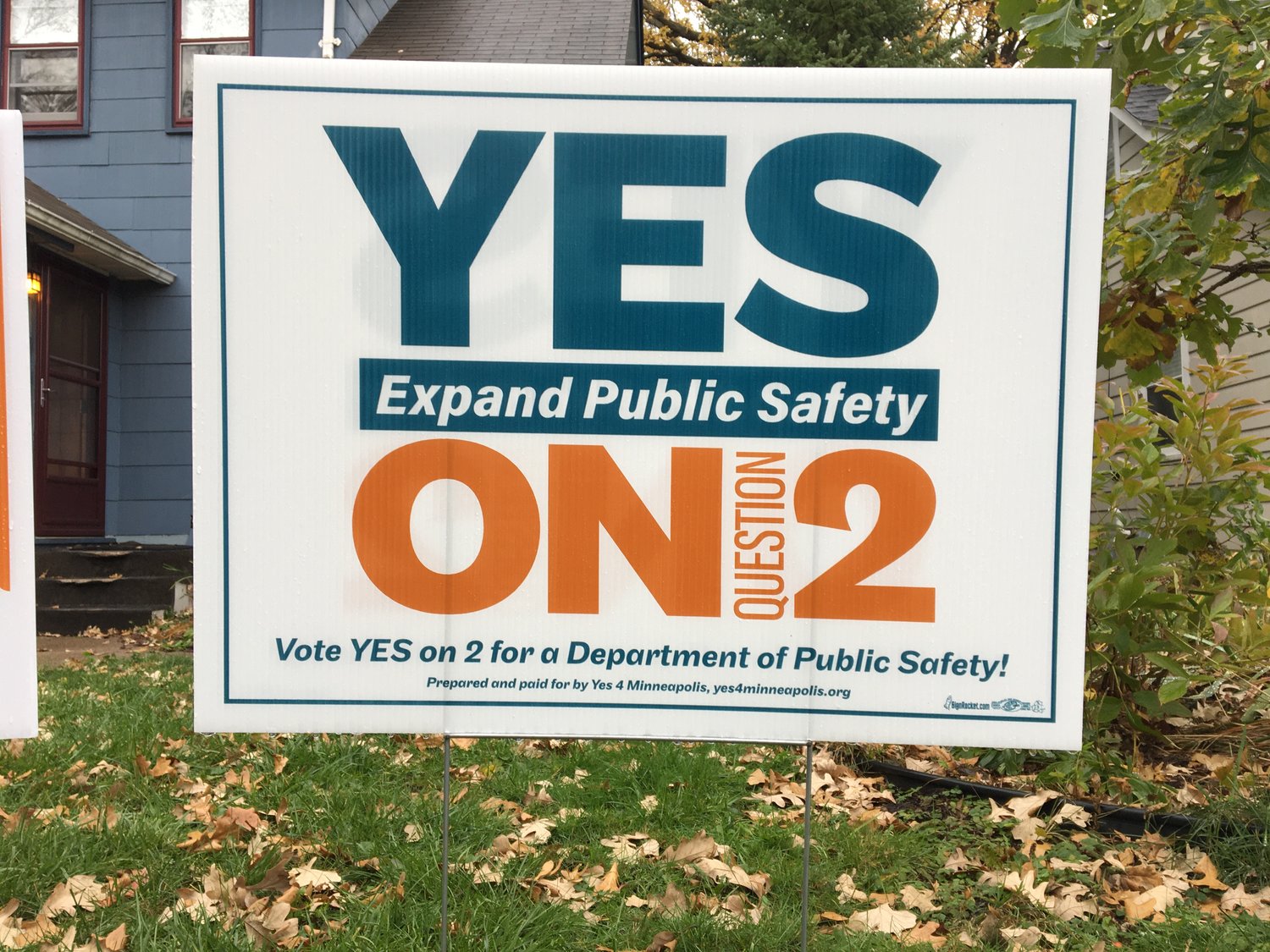 “I think Minneapolis needs this amendment. Organizational change takes a lot of hard work and dedication but too many people have suffered devastating losses for me not to embrace this chance for improvement.” – Jen Beckham

“People living in Minneapolis should not be afraid to call 911 for assistance when they need help. De-escalation training and mental health care expertise is critical to public safety, and I believe the charter amendment provides a way forward that does not further militarize the police. My hope is for a system that allows police officers and Minneapolis residents to see the humanity in each other.” – Rachel Bly

“Some people are hesitant to support Yes on 2 because they say ‘there’s no plan’. I actually think that is a strength because it will let us create something that is responsive to the moment we are in right now, while allowing growth, modification or change in the future. I want a system where Public Safety can adapt to the ever changing needs of the community, and can continually move towards bettering itself.” – Jessica McDonald

“When thinking about the question of who has access to public safety in Minneapolis, I think about a white friend whose bi-racial daughter told her, if she calls 911 for help, to tell the operator there’s a Black person living in the building so the police won’t assume she’s a perpetrator. When raising my sons, I lived across the street from an African American family with sons just a bit older than mine. Their mom and I became friends. One day she told me about her worry for her older son who had just received his driver’s license. She said she impressed upon him to be extra polite if the police ever pulled him over and to follow their requests immediately. It struck me that I didn’t have to have that conversation with my own sons.” – Nancy Johnson

“There is a lot of misinformation about the second ballot question. What it is really about is removing the funding requirement and police-to-resident ratio language in the city charter, and whether the police are solely overseen by the mayor or the mayor and city council. I am voting YES because I want a public safety department that works for everyone. I want it to be financially possible to have social workers and mental health crises workers as part of our public safety system. And I would love more money to go to areas that are proven to prevent issues of safety, such as education and mental health resources. I want proactive systems instead of reactive.” – Nicole Stanich

“I'm voting YES because I see the need for change in the system. Too much sorrow and trauma has been caused by the city's current way of policing. I like that voting yes would make policing and public safety issues less dependent on the mayor, and share the decision-making with the city council. I see the need for the greater resources that a Department of Public Safety would bring, supplementing the role that the police play with other skilled professionals. My vote is informed by an experience I had with the police in 2016. My then-husband and I were awakened in the middle of the night by shouting and flashlights as 5 police officers entered our attic bedroom and handcuffed us in our pajamas. A neighbor had called 911 after seeing our renter (my son's friend, a young black man) in our backyard. He told the officers he lived here, but they handcuffed and laid him face down on the ground. After they determined it had been a mistake, the police uncuffed us and left, no apologies. It was a frightening and traumatic experience, and we were lucky that no harm came to our renter or ourselves.” – Theresa Alberti

During the height of last summer’s protests over the Minneapolis Police killing of George Floyd, our neighborhood got connected. We gathered, set up group chats, scheduled overnight crews to protect each other, and woke up to more and more destruction of our neighborhood landmarks.
Once the streets settled down, a group of us started meeting regularly to try to better understand the trauma that was revealed in the toxic combination of pandemic disruptions, longstanding systemic racial inequities, and individual instances of police violence.
Consider us part of the Great Awokening that took place in the aftermath of George Floyd’s killing, when White people across the country had their eyes opened to what it was like to be Black in America.
But our neighborhood is uniquely situated in the struggle for racial equity, especially when it comes to healing from last year’s events. It was the Minneapolis Police officers that patrolled our neighborhoods that responded to originally peaceful protestors with tear gas and rubber bullets in one of the major commercial areas in our neighborhood that triggered the destruction of property that we still pass by every day. That proximity to the epicenter gives us a special obligation to work to make sure it doesn’t happen again.
Even more disturbing to us White neighbors who were happy and safe in our little South Minneapolis bubble was the reality of how our very own police precinct – now a burned out shell – was home to “renegade” police officers who the Star Tribune reported “played by their own rules” for years. According to the article, Third Precinct officers had a particularly aggressive way of policing, especially against suspects of nonviolent, low-level crimes who were people of color. This style of policing had led in part to the city paying out $2.1 million to settle misconduct lawsuits involving Third Precinct officers between 2007 and 2017. Court records also show that “judges have thrown out cases for ‘outrageous’ conduct of [Third Precinct] officers, and prosecutors have been forced to drop charges for searches found to be illegal.” (Star Tribune, “Minneapolis' Third Precinct served as 'playground' for renegade cops,” June 7, 2020.)

Meeting this historical moment
Once the proposed charter amendment to create a Department of Public Safety was confirmed on the ballot our little group of neighbors researched, read, and discussed the issues around it. We invited the Yes on 2 campaign to an informational session for neighbors who had questions and concerns about the proposal. Through this investigation, we are all now looking forward to voting YES on 2 this year.
While we first got together because of the George Floyd protests, we all recognize that the Minneapolis Police Department has not provided the breadth of public safety options that our city has needed for a long time. Yes, last spring’s events opened our eyes, but in our hearts we had all already known that in regards to policing, Black and Brown people are too often seen – and treated – as suspects when just living their lives.
We knew; we just didn’t do anything about it.
Now we can. The conversation around public safety has given us an opportunity to find our voices on issues we know must be addressed. It also keeps us moving towards the safe communities we want for everyone. We need a police force that has the respect and trust of the communities they protect and serve, made up of officers who see the humanity of the people they serve. At its most basic, question 2 would bring the Minneapolis Police Department into a larger Department of Public Safety; bring its governance in line with every other city department; and remove the odd 60-year-old funding set-side for the police force and minimum ratio of police-to-residents in the city charter. It will not solve all the issues with the MPD (see also the police union), but it does provide the opportunity to start the transformation.
There are some who criticize White supporters of Yes on 2 for jumping on the “woke” band wagon. While some significant policy changes were passed recently, serious attempts in the last few decades to reform the MPD failed. We don’t all agree on what police reform is best, but many more are aware that we can’t bury our heads in the sand and just support the status quo, hoping for a different outcome. Let’s use that increased awareness of the problem to grow into a new way of doing public safety.
As Minnesota Attorney General Keith Ellison put it, this is our chance to meet this historical moment and the needs of the future with a YES vote.