Why is city excluding neighborhood residents? 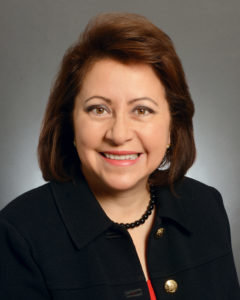 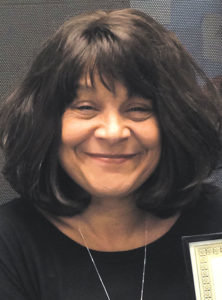 Why is the city leaving Longfellow residents and businesses out of its plans for rebuilding along E. Lake St.?

At a Zoom meeting on Thursday, July 23, of the 12 local leaders in attendance, only two had been approached by the city and only one was part of the mayor’s rebuilding task force.

People of Color and Indigenous (POCI) Caucus member and District 63 Senator Patricia Torres Ray of southeast Minneapolis has been looking for a plan she can advocate for at the state capitol, and is starting to worry about the lack of one.

“I’m absolutely shocked the city doesn’t have a plan. I’m starting to ask if that is intentional,” said Torres Ray.

She added, “I’m very alarmed about the fact that we don’t have our act together. I find it hard to understand why we are so chaotic.”

“I find it so shady that there is zero inclusion of residents or the two African American Neighborhood Executive Directors in Corcoran and Greater Longfellow,” stated Longfellow Community Council Executive Director Melanie Majors. “I think it’s intentional people are being left out of the conversation.”

The Minnesota House PROMISE Act passed on June 19 will help rebuild the areas damaged by civil unrest and it has now gone to the Senate. Torres Ray has many concerns about the new and complex redevelopment corporation being created and its ability to use eminent domain, among other things. She encouraged people to read the bill to learn more about it, and offered to provide an overview of the bill during a separate meeting. She has questions about how the redevelopment corporation will be accessible to the community, how money will be distributed, and who will get funds.

Torres Ray repeatedly stressed that community leaders need to come together to create a plan that reflects their needs and desires for the Lake St. area. Current efforts are primarily grassroots and are being done by many organizations. (See sidebar)

“I am very happy to work with you on a plan to bring your voices to the Legislature,” said Torres Ray. “You’re asking for a new day. That requires a new process.”

Majors pointed out that the Third Precinct police station is a big unknown at present. The most recent estimate to rebuild is between $10-12 million. Given its location at the E. Lake St./Minnehaha Ave. intersection, it will impact how the area is redeveloped.

Seward Redesign Executive Director Chris Romano pointed out that community members are still dealing with emotional stress and strain, which makes planning difficult. “I don’t think we’ve given them enough time to figure that out,” said Romano. He suggested that planning be done in a series rather than all at once.

Hillary Oppmann of the Seward Commerce and Civic Organization (SCCA) noted that they are still trying to support businesses as they cope with COVID-19, manage evictions, and make future plans. Plus there is the issue of homelessness and local encampments. This is on top of the issues related to rebuilding after the civil unrest following George Floyd’s murder. “All of us are working on so many different fronts,” said Oppmann. “Keep all that in mind.”

“I think people are worn out,” agreed Corcoran Neighborhood Organization Executive Director Alicia Smith. “I think we are moving very fast. White folks are moving too fast and not allowing people to grieve.” She thinks that developers want to be on the right side of history and will wait to move when people are ready.

Torres Ray stated that she is a woman of color who deals with trauma every day. “I don’t have the luxury of taking time to deal with trauma,” she stated. “I can’t afford to wait to figure it out. I have to do something today.”

She pointed out that the banks and developers aren’t waiting. “I need that plan now. I need to know what you need,” said Torres Ray, who apologized for being blunt.

The group agreed to create a steering committee with representatives from the neighborhood.

Lake Street Council Executive Director Allison Sharkey is a member of the mayor’s task force, the Minneapolis Forward: Community Now Coalition. She reported that the group is primarily focused on fundraising and lobbying at the state level. There are no neighborhood organizations represented within the group, but it is instead made up of corporate stakeholders and larger business organizations such as the Minneapolis Regional Chamber, Minneapolis Foundation and Metropolitan Consortium of Community Developers.

Majors thinks that should be changed.

“One of the things I hear from residents the most is they don’t want things happening to them without them,” Majors said.

“We know that the greatest conflicts lie with money. There won’t be a collaborative community response if there isn’t at least a voice at the table.

“How do we get neighborhood representation?”

What are local groups doing?

Corcoran Neighborhood Association: Talking to businesses about their needs and obstacles to getting grants. Focus: Corcoran

Lake Street Council: Raised about $10 million, and is distributing $5 million in a round of grants that are being finalized. Businesses owned by Somali, Latinex and Black communities are among those receiving grants to rebuild and temporarily relocate. LSC received 500 applicants and grants will be up to $25,000. LSC is also coordinating pro bono donations of supplies of labor. Staff are leveraging additional funding to aid in site control of damaged buildings. To be better organized, LSC is adding staff for office administration and marketing. Focus: E. Lake St. from Mississippi to Bde Maka Ska

Longfellow Community Council: Though a partnership with Rebuild Longfellow, LCC is matching volunteers with business needs, which range from general labor to IT to legal support to marketing. Comcast is donating $25,000 to help reach out to local businesses. Staff are engaging with residents to assist in rebuilding Downtown Longfellow, working on a longterm stabilization plan, and focusing on a rebuilding plan. They are also pulling resources together to connect with state, city and local leaders. Focus: Greater Longfellow

Longfellow Nokomis Messenger: Reaches residents and businesses with news and information, and provides an avenue for businesses to build their customer base. The free What’s Open web page connects businesses and customers. Focus: Longfellow and Nokomis

Seward Commerce and Civic Association: Offers $500 grants to help any business impacted from a total of $32,000 raised through GoFundMe. SCCA is coordinating with Augsburg University. Focus: Seward