News for everyone, delivered to everyone
Legal tips David K. Porter

You can write your own will 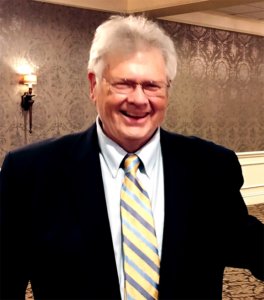 A lot of people are asking how to write their own wills during this Covid-19 situation. We are all having to think about the fact that we just may die before we've been planning to. I've been helping people with estates, trusts, wills, health care directives, powers of attorney, and inter-generational transfers for about 40 years. So I've been to this rodeo once or twice, eh? This column is not legal advice – just general education. You can also check out the Minnesota State Attorney General's website at https://www.ag.state.mn.us/Consumer/Handbooks/Probate/CH1.asp I also advise talking to an experienced lawyer to figure out what you need for your own specific situation.

Yes, you can write your own will if you follow some basic rules. Here are the most common problems:

1. Any will should be signed, dated, and witnessed by two people who sign their names - as witnesses - in front of the testator (the person whose will it is. The testator can sign it and then take it to two different (adult and legally competent) people and say, "This is my will. Please sign here as witnesses to my saying 'This is my will and my signature.' " They do not need to know what is in the will. They do need to think you know and understand what you are doing.

2. There are a lot of people – well-meaning lawyers among them – who think the testator and the witnesses also have to have their signatures notarized. This is not true, and this kind of "obedience to the form they are used to" leads to too many people not getting their wills done. The real reason for the extra rigamarole was to cut down on the number of will contests by "shifting the burden of proof" to the contestant (opponent) rather than the proponent (in favor) of the will. As it has turned out, this hasn't made much actual difference.

3. The most common mistake is thinking a notary takes the place of, or is just as good as, two witnesses – it doesn't. Notaries are needed for real estate documents and powers of attorney. A health care directive (also called a "living will") can be witnessed by two people or a notary. But that option does not apply to a will.

4. As for stating how you want things divided and distributed after you're gone – the devil is in the details. Remember, there are going to be different points of view after you're gone. Most often, there are very real – and very firm – opinions about what you "really wanted." The best way to avoid this is to keep it simple and get some competent help. I tell people who want to write their own wills, "It's a lot like doing your own plumbing behind a plaster wall. By the time they find out it's leaky, it gets really expensive to fix."

5. The person writing their own will can get caught up in a swirl of conflicting and competing emotions and thoughts. This can result in wording that makes perfect sense to the person who wrote it, but turns out to be hard for everyone else involved to agree on what was meant.

Plainly put, people who write their own wills can make more work for lawyers than they meant to. I once handled an estate of a woman who lived over by Wagner's Greenhouse. She was a real antique collector, and would often take whatever was left over after estate sales, take it all home to her own garage, and sort through things looking for treasures. And she left a house full of things like original Thomas Edison cylindrical wax records, with Edison's own voice. She wrote her own will, but it got complicated when she started assigning "whatever is in the front bedroom to my nieces and nephews on my husband's side, the back bedroom to my cousins, and the kitchen. . ." We ended up with something like 32 people all wanting to get in the house at the same time, each with their own ideas about what they were entitled to. Her estate sale had so many antiquers lining up the night before that the neighbors called the cops just to get some peace and quiet before the sale. One of the cops turned out to be a niece of the decedent, so she got the bright idea of handing out numbers to everyone herself so that the buyers could get back in their cars and get some sleep before the sale opened up. Long story short, it cost an extra $10,000 in various lawyers' fees just trying to straighten things out.

6. Half the job of writing a straightforward estate plan is figuring out what you want. The other half is writing it up clearly and simply, and using the right documents. Sometimes a living trust is a good idea – but not always. You're giving an awful lot of power to someone who can rob you blind. Same with a power of attorney. Transfer on death deeds make sense IF there are a very small number of recipients. I'm talking like one or two here, because the recipients are going to be the immediate owners, and if they want to sell, their spouses are going to have to join in, too. I've got one going now where all five kids – and their respective spouses – now have to agree on whether and when to sell, AND price, terms, timing, and getting all the documents signed.

7. A will can be handwritten. It still needs to be witnessed by two people. I've done a few by hand, writing as clearly as possible while sitting next to someone literally on their death bed at 3 in the morning. I don't recommend it, and I sure as heck don't want to be doing it for someone infected with this Covid-19 stuff.

So - do it before you need it. Please. Your family and friends (and even your lawyer!) will be grateful.

David K. Porter is a lawyer with more than 35 years experience in estate planning, probate, trusts, and real estate. He is certified as a real estate specialist by the Minnesota State Bar Association. He's at: 5208 Bloomington Ave., Minneapolis.

I rely on the Connector, Messenger for my business