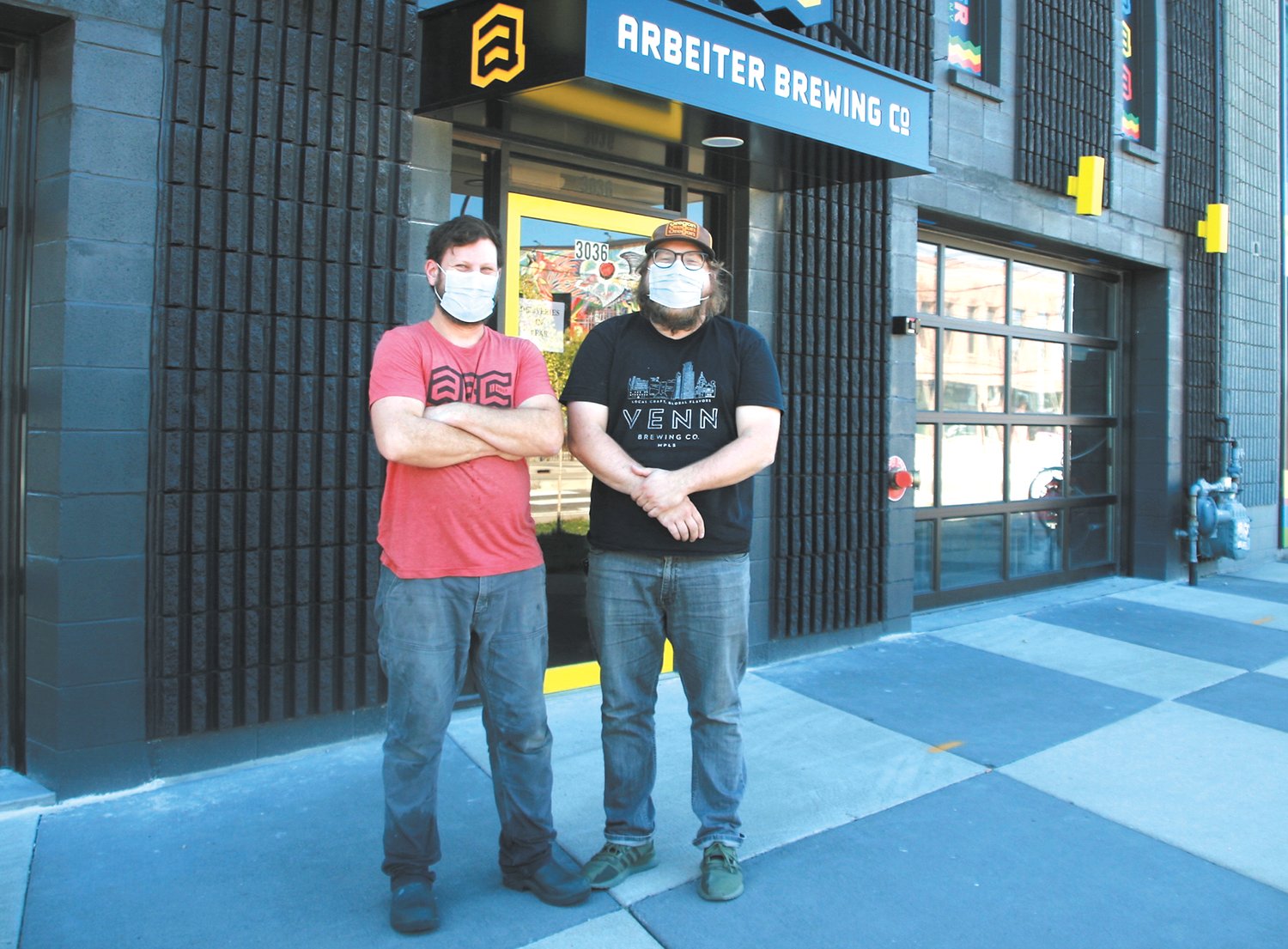 When three friends working at Northern Brewery, a home brewer supply company, first started talking about opening their own brewery and taproom, they could have never anticipated what was to come.
It was 2015, and Josh Voeltz, a man with years of experience in beer sales and marketing first discussed the idea with his friends. It was now or never, he said, to open a brewery. He joined up with Juno Choi, then (and now) the marketing manager for Northern Brewery and Garth Bloomberg, a graphic designer with experience in craft brewing. Aaron Herman, from Town Hall Brew Pub, who also works at Northern Brewery, soon joined as Arbeiter’s head brewer.
They started with a business plan and an idea of how to create a space that made and served easy drinking German festival style beers, mostly lagers and pilsners, without having to have any specific brand behind the bar. “It allows us creativity and freedom because we are not beholden to have a specific brand on the shelf,” said Voeltz.
The mostly traditional brewery is located a half-block off of Lake Street not far from the 3rd Precinct police station. It seemed to be an advantage to be in the center of a thriving neighborhood of business of all types and the plan to open a taproom in the summer of 2020 was on target.
A light kolsch style beer, a crisp and drinkable hybrid of lager and ales popular with those who enjoy lighter tasting beers is in production as are a couple of IPAs. “India pale ales are very popular and the Hay IPAs are trending now, too,” where hops are added late in the boil and again early during fermentation.
Then came the pandemic. But, they adjusted, planning to open a few weeks later, following COVID safe guidelines.
“The benefit for opening now, we had time to figure out the many regulations, city and state. We will have a 50 percent occupation with tables six feet apart. There will be masks and hand sanitizer everywhere.”
And then, came the riots. The unrest on Lake St. changed everything. After the three nights of disturbances following demonstrations, the three men looked across the street to see the building that once housed their neighbor’s businesses, burned to the ground. They had been lucky. There was some damage to Arbeiter Brewing Co,, but they had survived with only some broken windows and a burglary.
“I guess the people doing the destruction didn’t bother to cross the street,” said Voeltz.
Right now, the taproom is on hold until mid-fall. But several beers are fermenting, including a much-anticipated limited edition Oktoberfest. “It’s a little late in the season to brew an Octoberfest beer. It’s usually brewed in August,” said Voeltz, “but due to when we are opening, we decided to brew one anyway.”
And, they made a decision. They wanted to help their neighbors and neighborhood. The work ‘Arbetier’ means ‘worker’ and they knew that their work would include rebuilding their community.
“Now,” he said, “we have a responsibility to Longfellow to be a place for the community to gather, a place for people rebuilding the neighborhood to come eat. We want to be available to our neighbor. As a new business, post protest, we have a responsibility to the greater Twin Cities and businesses in general and doing right for all communities.”
The brewery is creating a ‘Black is Beautiful’ stout, a way for the brewery to help the fight for equality. They are making 10 barrels, roughly 2,480 pints where profits will go into Black and Brown communities.