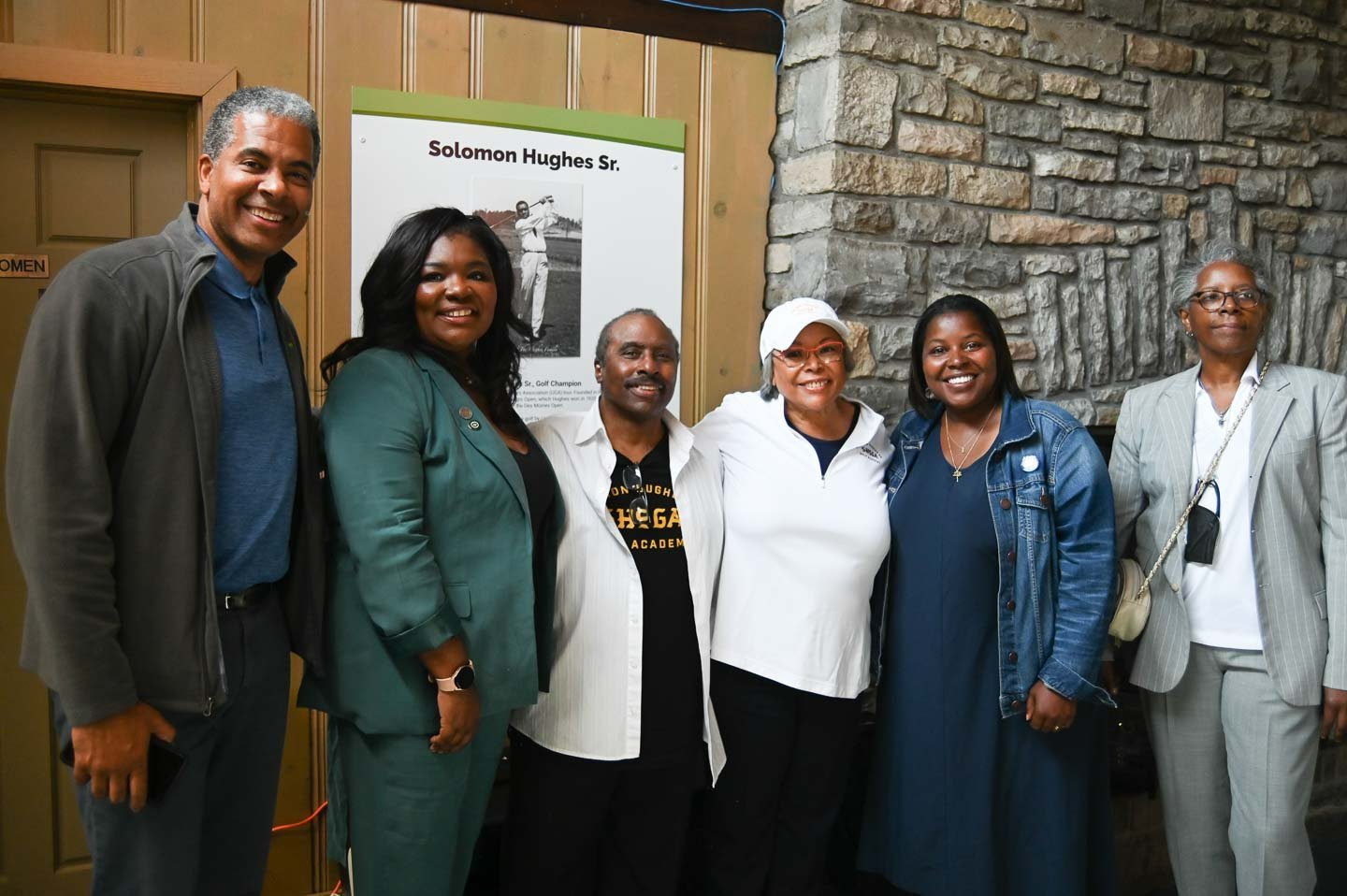 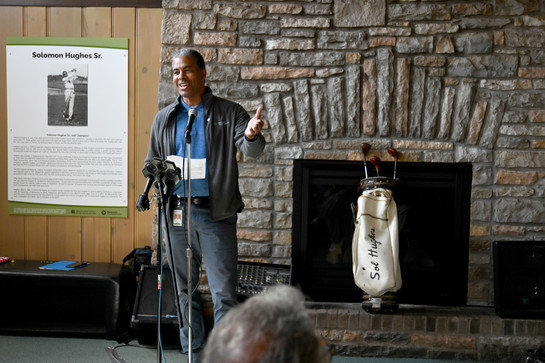 MPRB Superintendent Bangoura thanked the Hughes family and last year’s park board commissioners and acknowledged the importance of the building name. “As an African American man standing here today, it is important to see his name on the building, to know who he is and who he inspired. He proved things were possible and he opened doors for black, brown and BIPOC golfers,” said Bangoura.
(Photo courtesy MPRB) 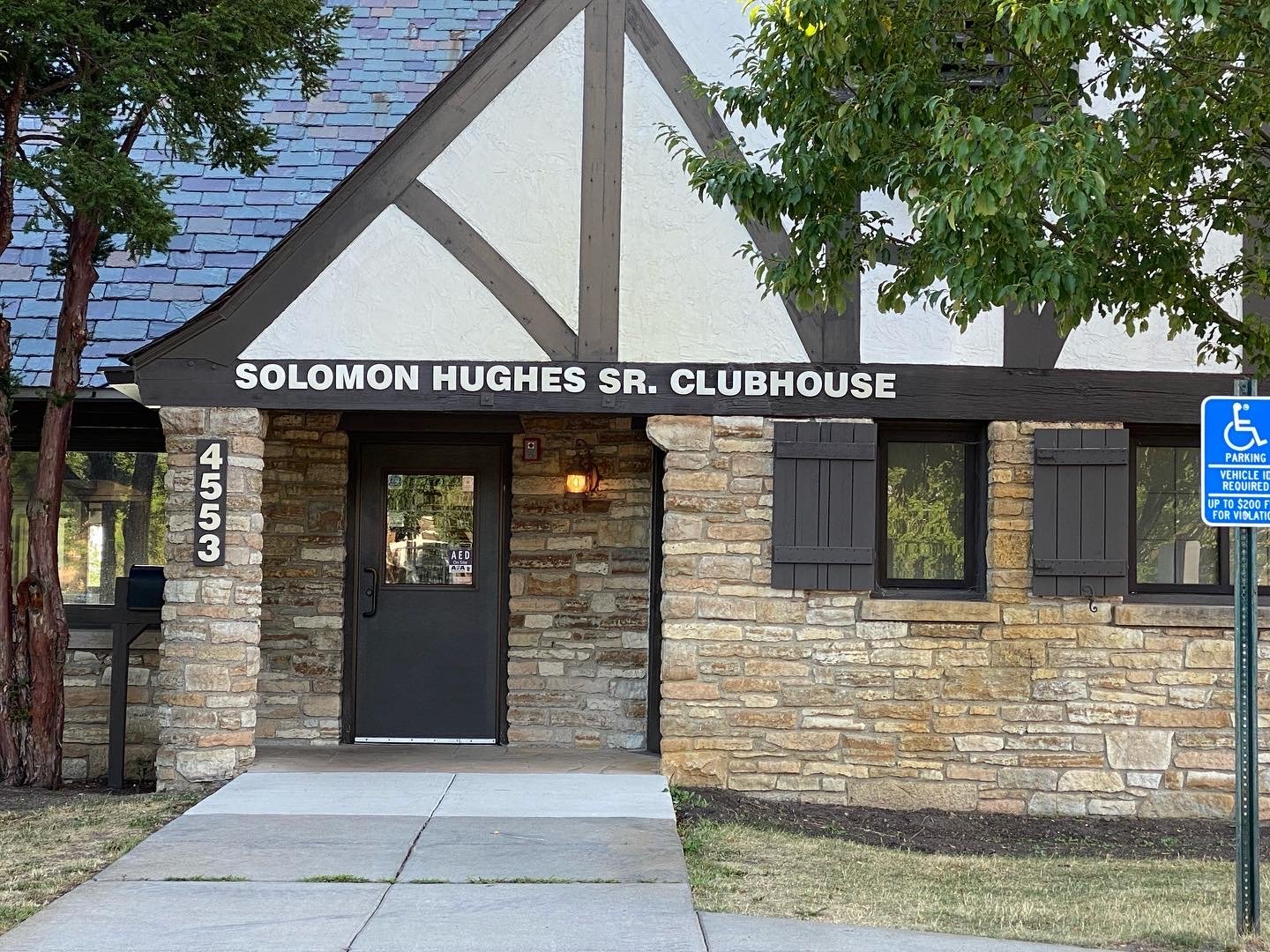 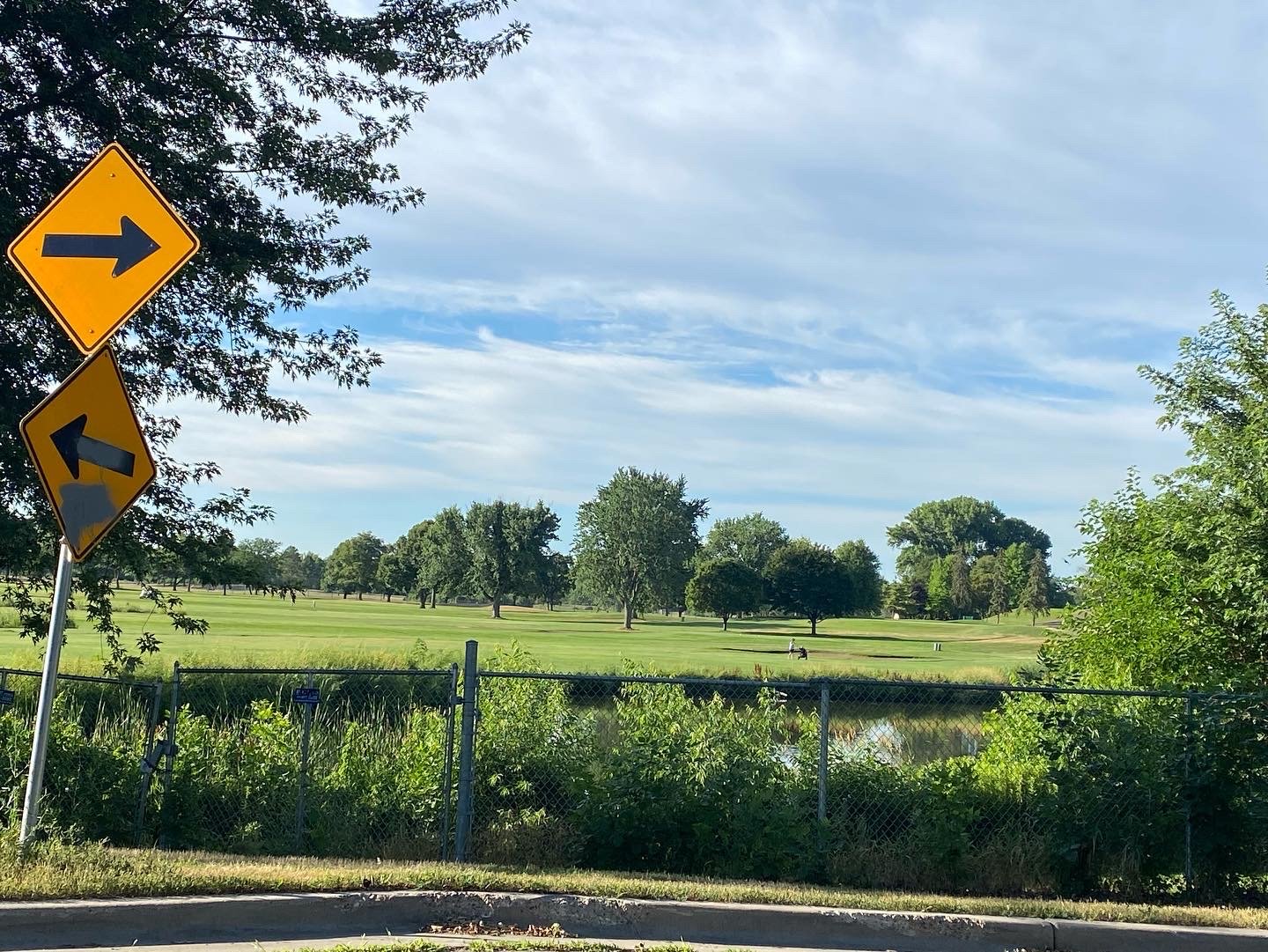 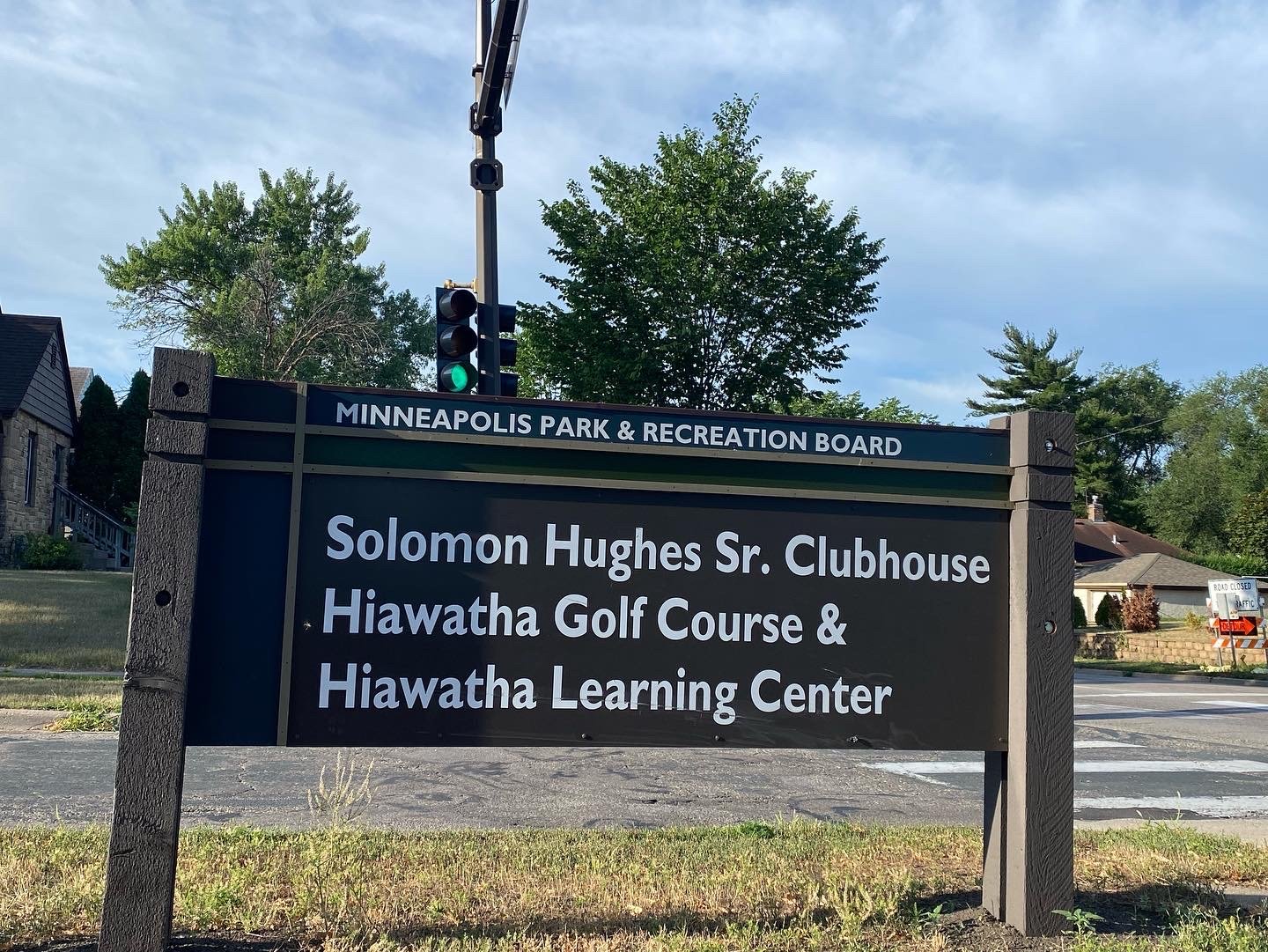 During a time when black golfers were not allowed in clubhouses or to play in golf tournaments, professional golfer Solomon Hughes Sr dedicated himself to integrating the sport of golf. Growing up in Alabama, Hughes Sr learned the game and competed in professional events sponsored by the United Golf Association for black golfers. After marrying and moving to Minneapolis with his young family, he played golf professionally, taught golf lessons and played a significant role in integrating Hiawatha Golf Course. Hughes and others were repeatedly denied access by the PGA to local tournaments in the 1930s to 1950s. The PGA eliminated its Caucasians-only clauses in 1961.

MPRB Superintendent Bangoura thanked the Hughes family and last year’s park board commissioners and acknowledged the importance of the building name. “As an African American man standing here today, it is important to see his name on the building, to know who he is and who he inspired. He proved things were possible and he opened doors for black, brown and BIPOC golfers,” said Bangoura.

Solomon Hughes Jr expressed his family’s excitement and honor that the clubhouse is named after their father, and shared stories of his father’s legacy. “Solomon Hughes Sr was a professional golf champion. He never bragged about his wins, and he never complained about his losses or playing poorly. He always carried himself with respect on and off the course. He was always willing to help out other golfers whenever he could. He was a pioneer of black golf rights, helping to integrate the Hiawatha Golf Club and the PGA. As a family man and father, he always put his family first and made sure they were taken care of,” said Hughes Jr.

MPRB Vice President Alicia D. Smith acknowledged the many firsts of the Hughes family members and the park board. “It's a privilege to be here with the Hughes family and it’s remarkable to stand on the shoulders of such remarkable people. We have to recognize the impactful history of Black People in this country. I want to thank the previous board for being bold enough to take the action to honor the contributions of Solomon Hughes Sr.,” said Smith.

Minneapolis Councilwoman and former MPRB Commissioner LaTrisha Vetaw, remarked about the importance of honoring Solomon Hughes Sr. “It’s amazing we get to share in the glory of Solomon Hughes Sr and his legacy. It’s a remarkable story and remarkable history, and it’s wonderful to honor him in this way,” said Vetaw.

Following remarks, the SHSGA hosted the first annual Solomon Hughes Sr Legacy Memorial with a nine-hole youth exhibition golf game. Participants are part of the SHSGA’s Fellowship program focusing on youth development on and off the course.