News for everyone, delivered to everyone
CITY TO DEMOLISH BUILDING 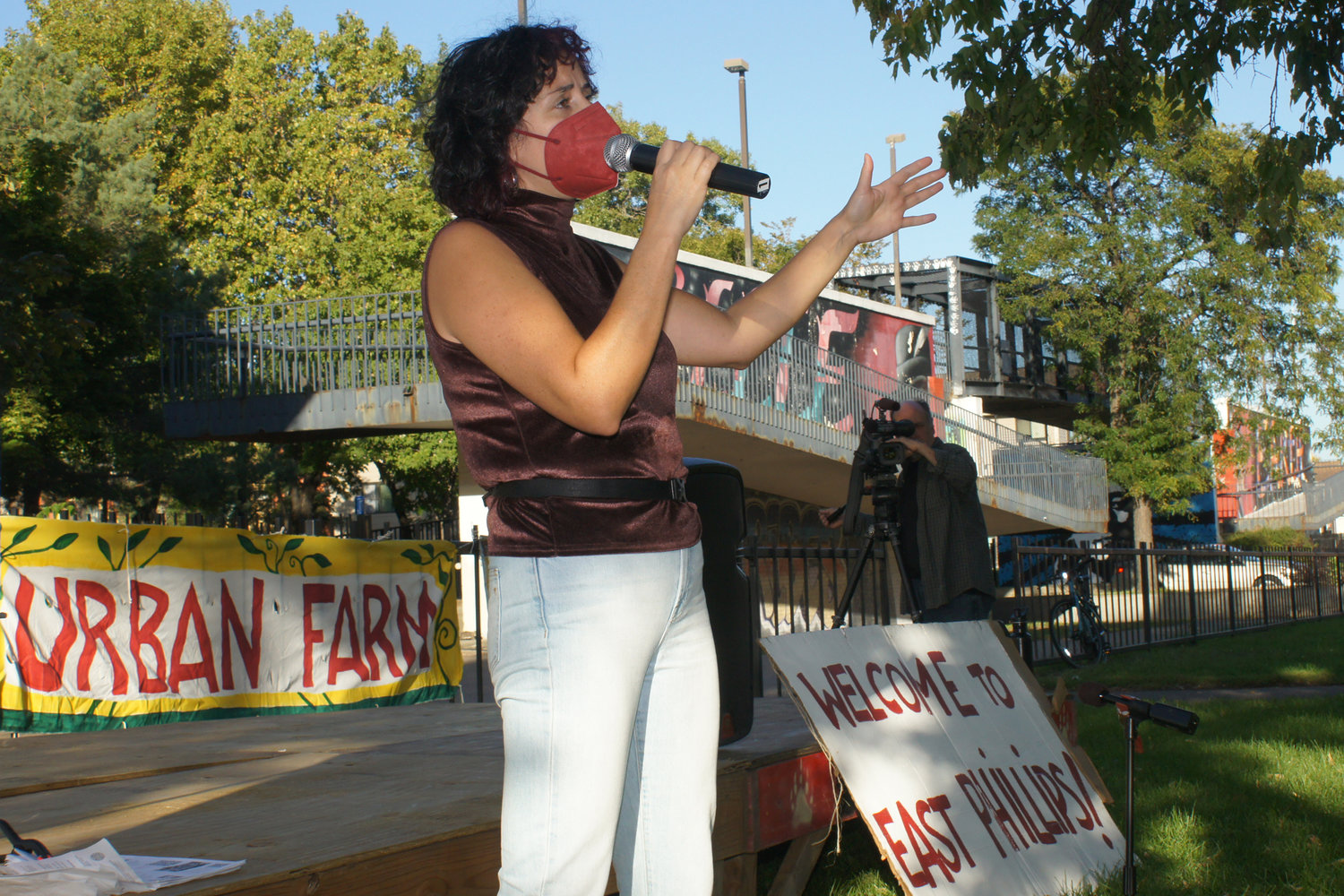 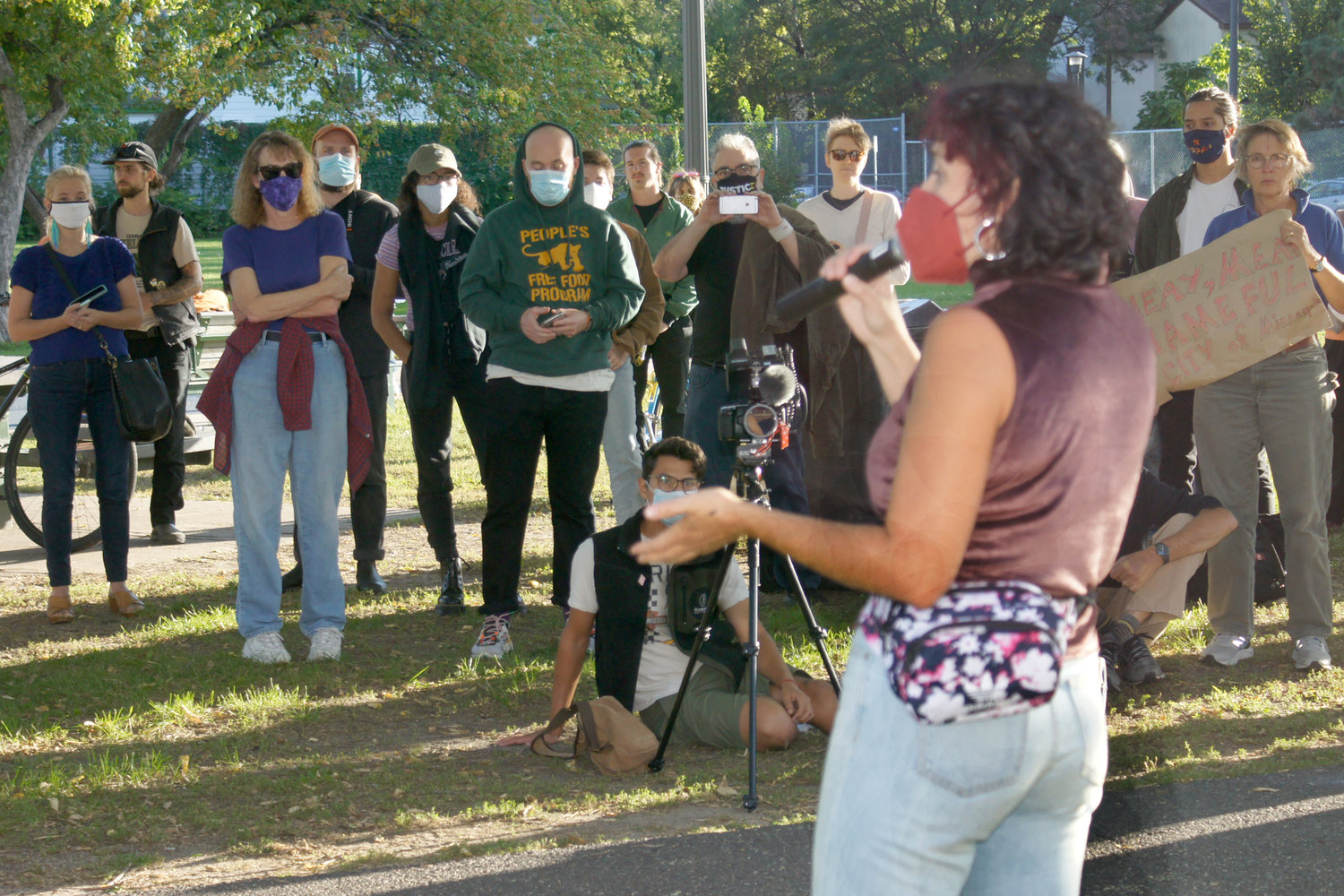 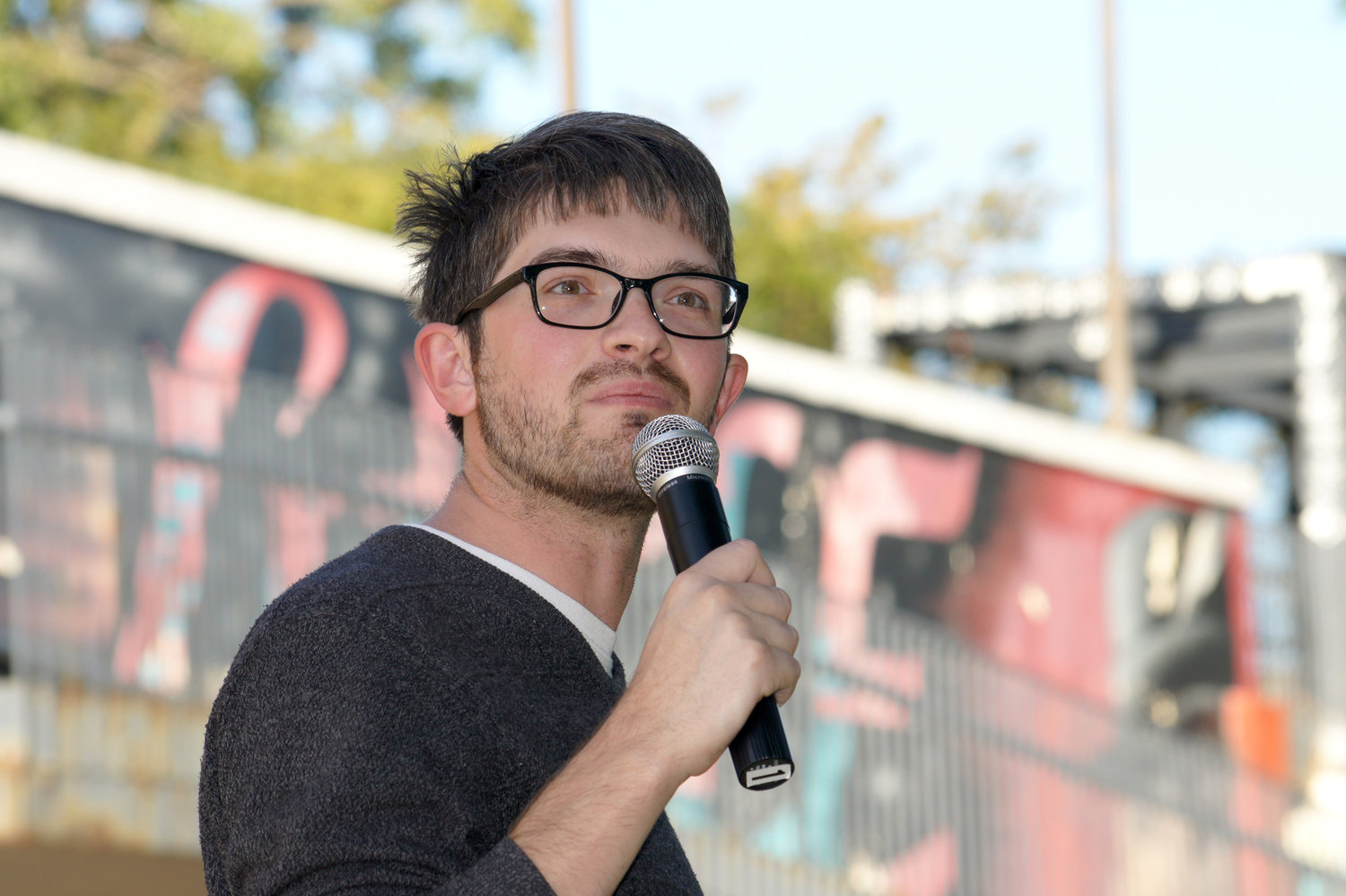 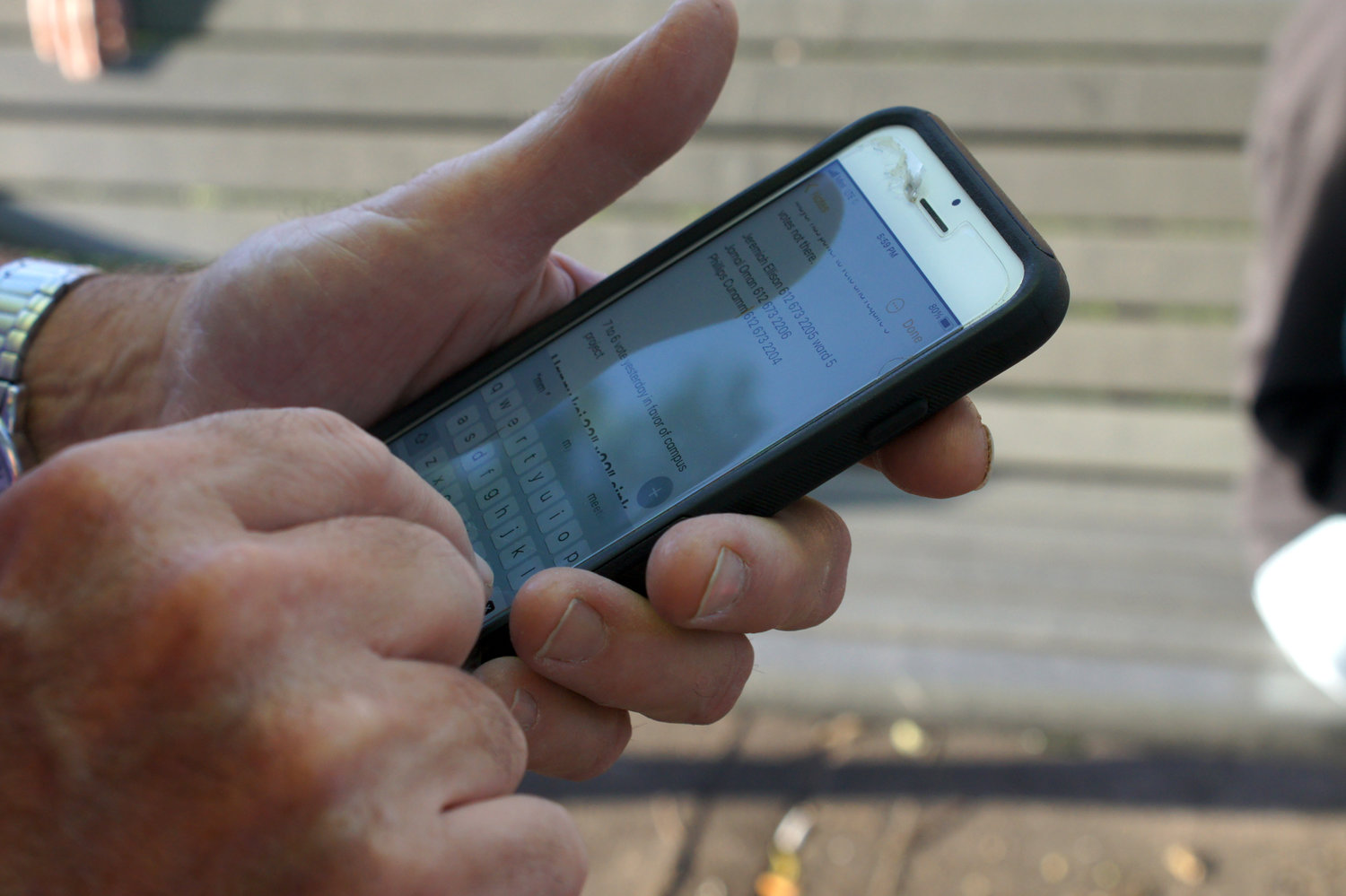 Citizens contact their city leaders during the community rally on Sept. 23, 2021.
Terry Faust 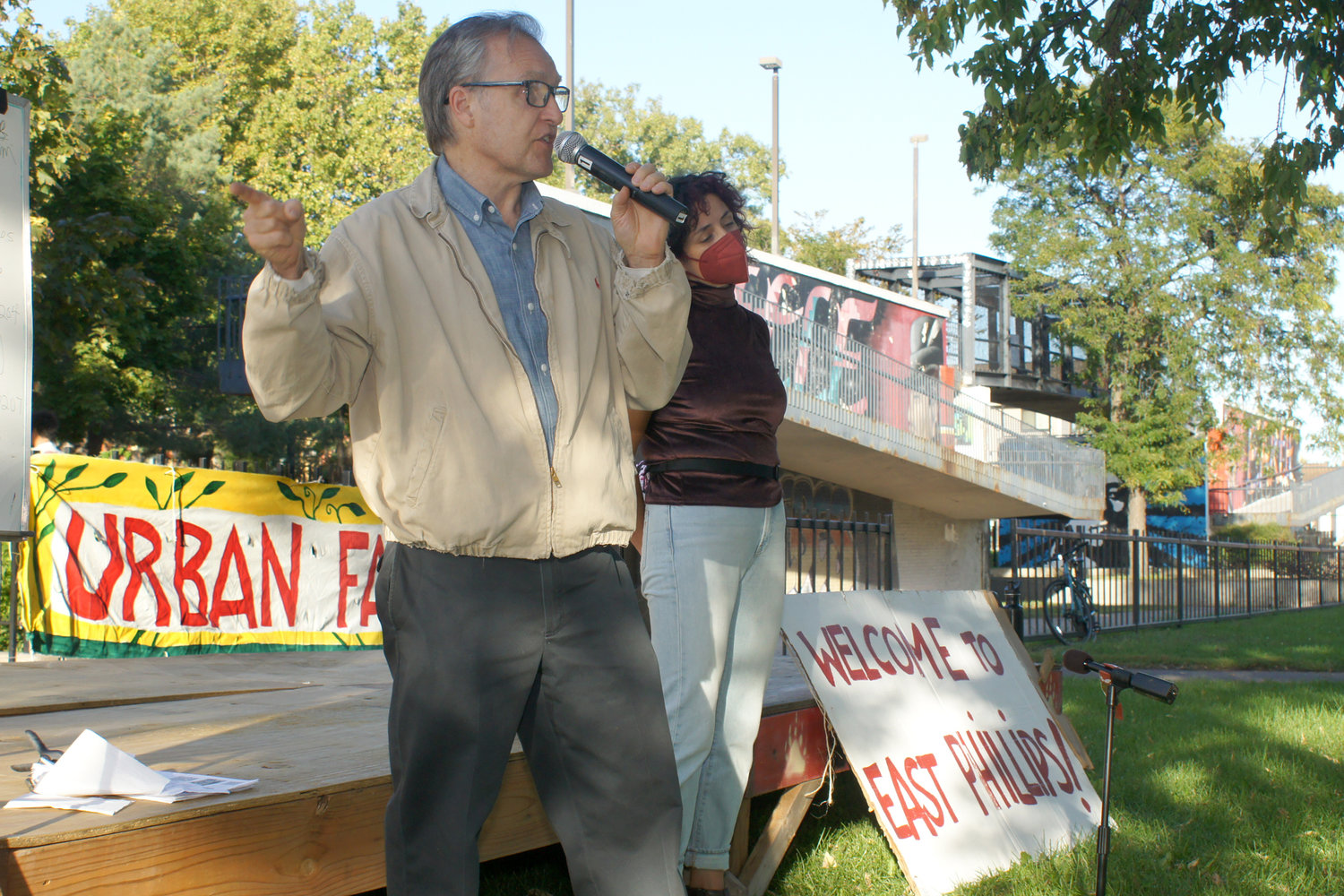 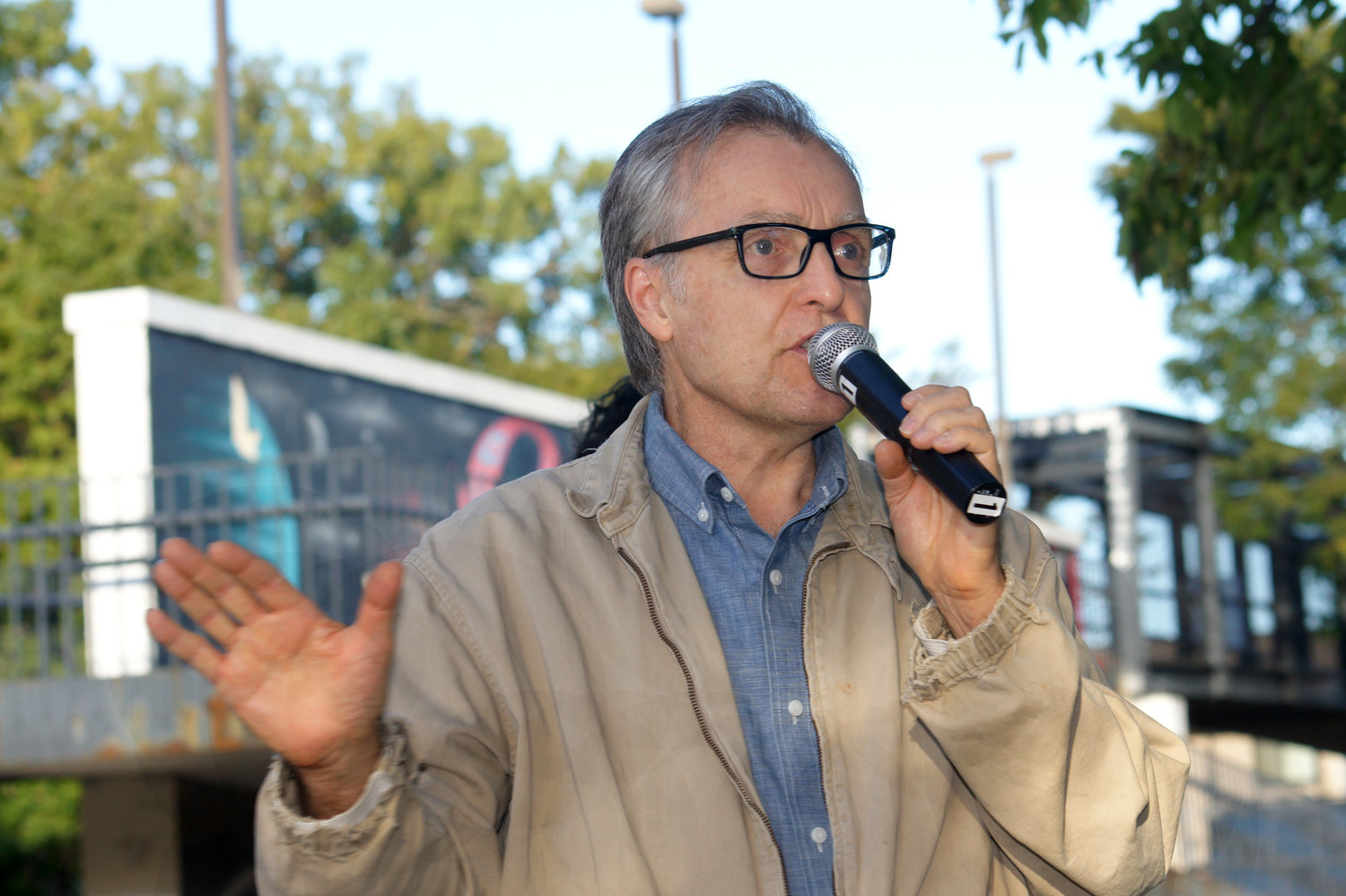 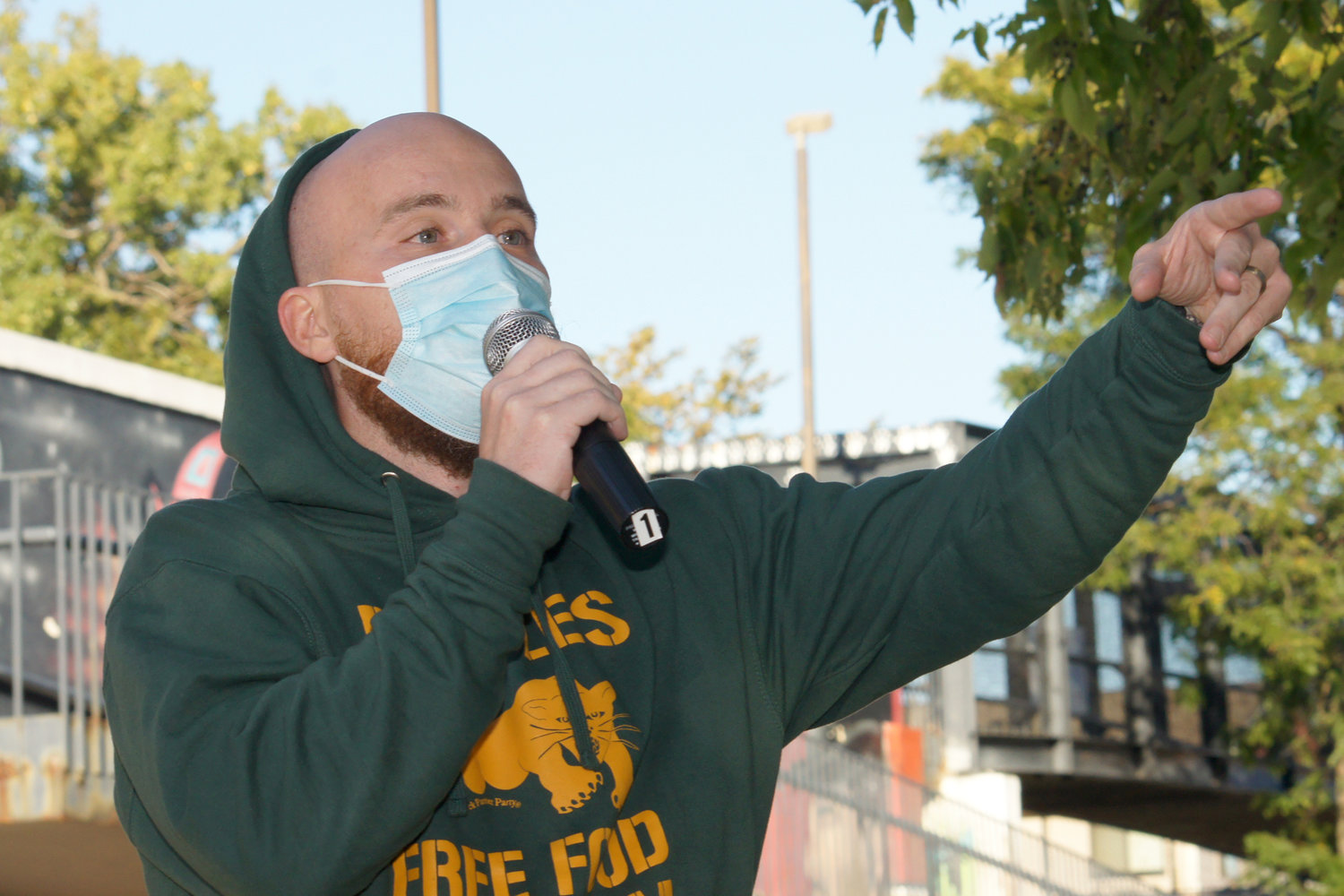 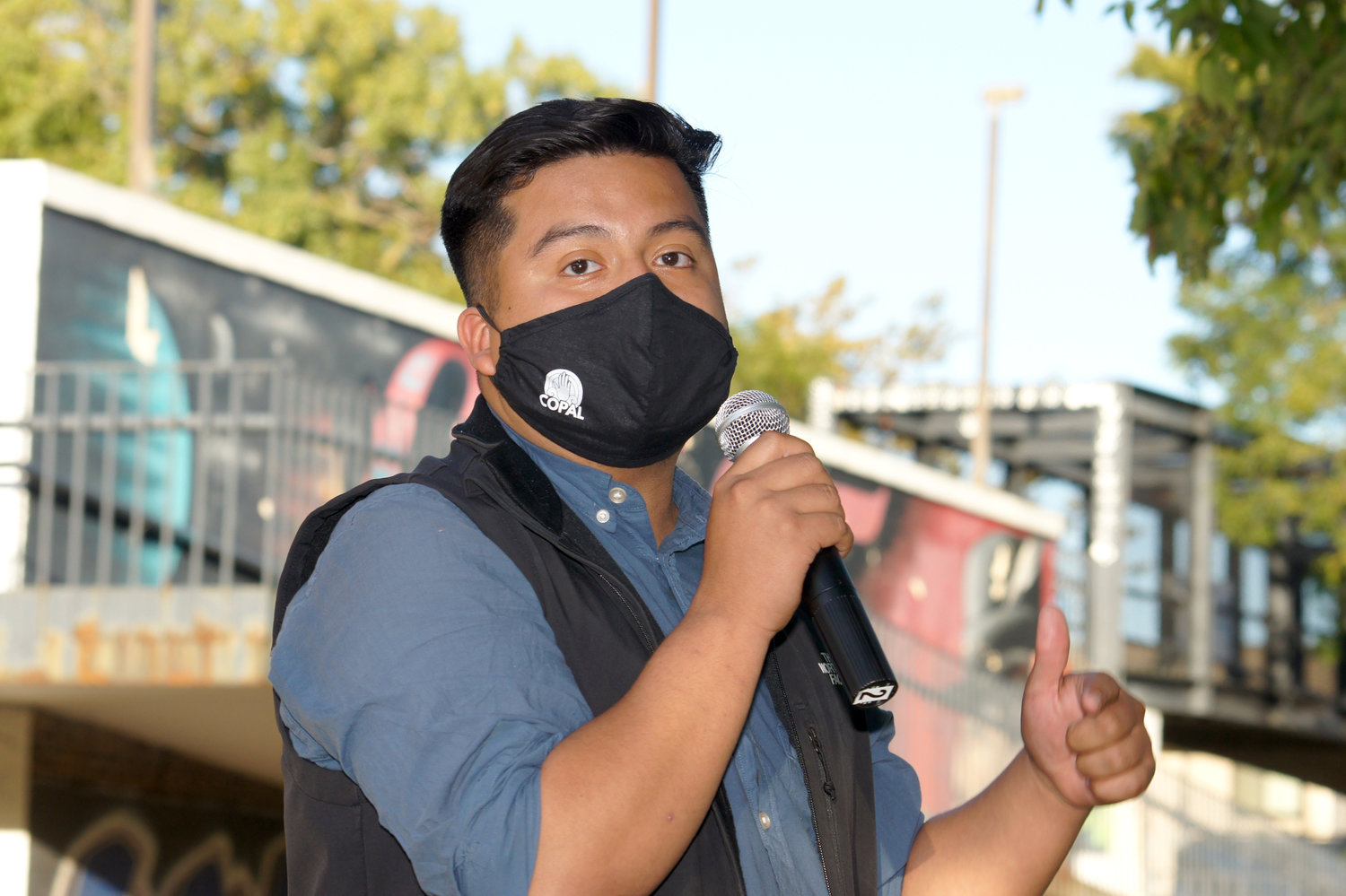 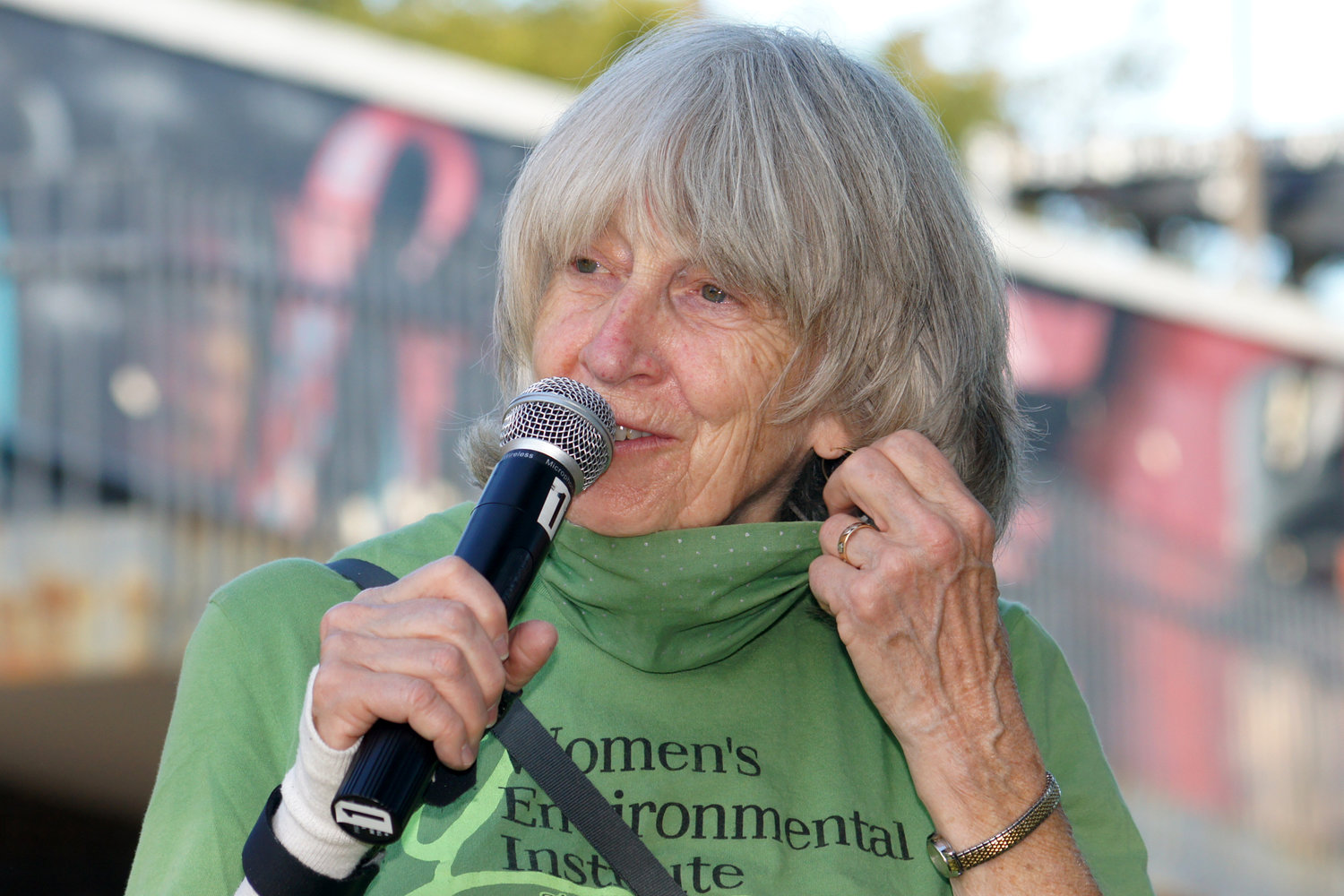 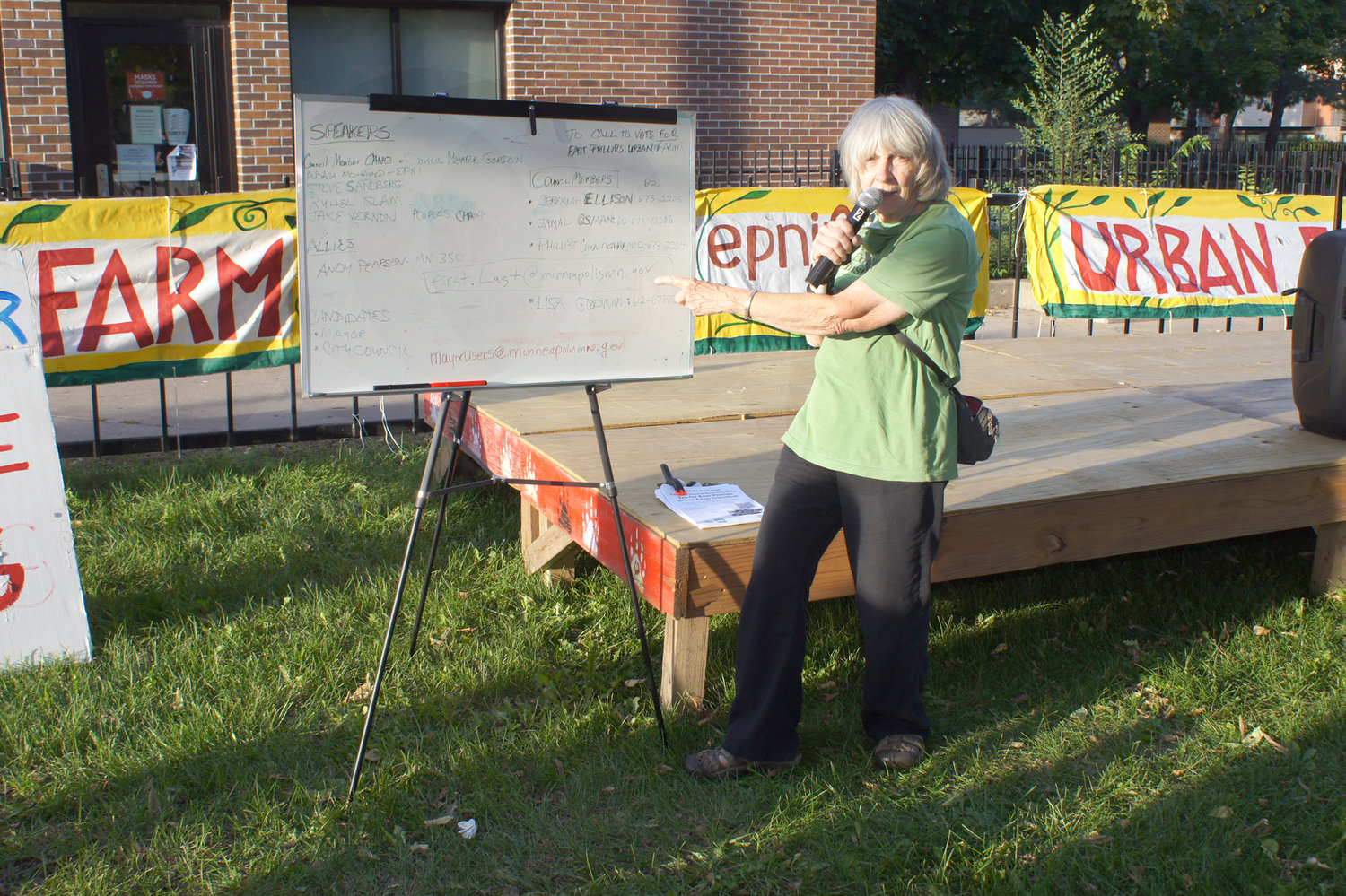 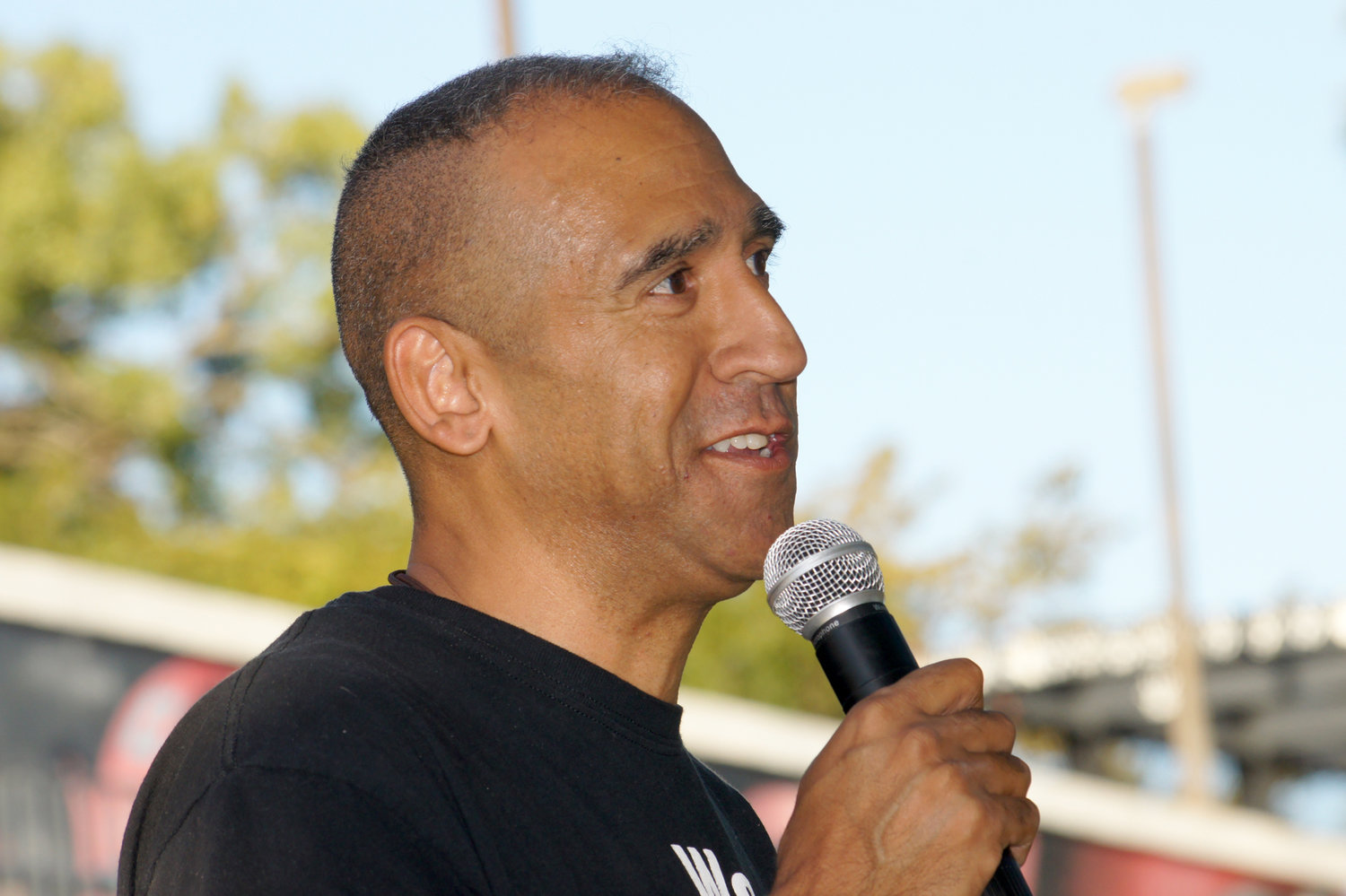 Supporters of the East Phillips Indoor Urban Farm rallied on Thursday night, Sept. 23, 2021 in between two votes that will determine the future of the project.

On Wednesday, Sept. 22, the city council abruptly reversed its earlier direction to stop the public works expansion project at the former Roof Depot site (1860 28th Street East and 2717 Longfellow Avenue South) during a POGO (policy and government  committee) meeting and voted to demolish the building on a 7-6 vote. It was expected to take up the staff directive at its Friday, Sept. 24 city council meeting.

At the meeting, Ward 1 council member Kevin Reich moved to continue the city’s original proposed Hiawatha Expansion with the exception of the Outreach and Training Facility and new Central Stores building. "This move kills the alternative community-based, community-led East Phillips Neighborhood’s proposed Urban Farm Project and allows the city to demolish the Roof Depot building. That would expose the East Phillips Community to more toxic pollution such as the arsenic underneath the building. Health experts agree that the best mitigating plan for this highly toxic  arsenic is to leave it undisturbed! Their plan also increases toxic traffic congestion—a major source of life threatening asthma and heart disease in Phillips," pointed out Joe Vital of EPNI.

"The community feels blindsided by this unexpected  council action. Before the vote we believed council member Ellison was committed to finding a middle ground that wouldn’t expose our community residents to more toxic pollution, and to provide a legitimate process for community ownership for the Roof Depot. We asked for two more weeks to realize this middle ground but instead the city council took it upon themselves to decide what is best for the East Phillips community. Let’s be clear, East Phillips has been in meaningful conversation with the Minneapolis Building and Construction Trades Council about incorporating a job training facility into our Urban Farm plans and they were open to a non-polluting 'green' oriented facility on heavy duty electrical equipment training.  The East Phillips community has never been anti-worker but rather anti-pollution in an already toxically overburdened residential community. That’s why the Minnesota Department of Employment and Economic Development, Minnesota’s state job training agency,  awarded us our first planning funds in 2017.

"This is a horrible misstep by the Minneapolis City Council. The city’s Hiawatha Expansion Project received more than 1000 objecting citizen comments, the most in city history. The city’s Environmental Assessment Worksheet (EAW) for their proposed Hiawatha Expansion Project had been announced 'voluntarily' the same afternoon EPNI and a Little Earth parent filed a lawsuit suing the city for environmental injustice for their proposed Roof Depot plan. 'Environmental Justice' is never even addressed in the city’s EAW. Note that this site is located in the SouthSide Green Zone (SSGZ), only two miles from the corner where George Floyd was killed. The Hiawatha Expansion Project violates the city’s own Climate Emergency Declaration principles and their finding that 'racism is a public health emergency' in Minneapolis. East Phillips residents assert that it’s irresponsible and environmental racism to only consider locating toxic polluters in our most low income, majority Native American and community of color neighborhoods, especially when these communities already suffer from toxic environmental health overburdens--as is well documented in East Phillips residents.

"East Phillips Neighborhood organizers have worked incredibly hard during the last six years to put together a plan to redevelop the former Roof Depot site into an indoor urban farm with affordable housing, cultural markets, and incubators for our small businesses (some destroyed during the 2020 uprising), all near accessible public transit. During this time EPNI has secured active support from our Minneapolis House and Senate State Legislators, Hennepin County Commissioners and U.S. Congressional Representatives.

"Our opponents would prefer us to believe that this fight is over. That East Phillips will always remain in industrial purgatory,  but we know there is a different future for the community. One that involves fresh food for our youth, green jobs for our people and renewable energy to help our planet. We continue this environmental justice struggle with joy and humility because this fight is worth fighting.

"We also invite you to call and thank Minneapolis City Council members Cano, Gordon, Jenkins, Johnson, Schroeder, and Palmisano who supported our years of work with their strong and courageous vote yesterday. "

The rally was held at Cedar Field Park, E.25th St. and 18th Ave S. next to Little Earth.

View the meetings on the city's Youtube channel here:

For more information about the City’s environmental study (EAW):

To donate to EPNI's legal battle against the city of Minneapolis, visit: https://gofund.me/4402214e