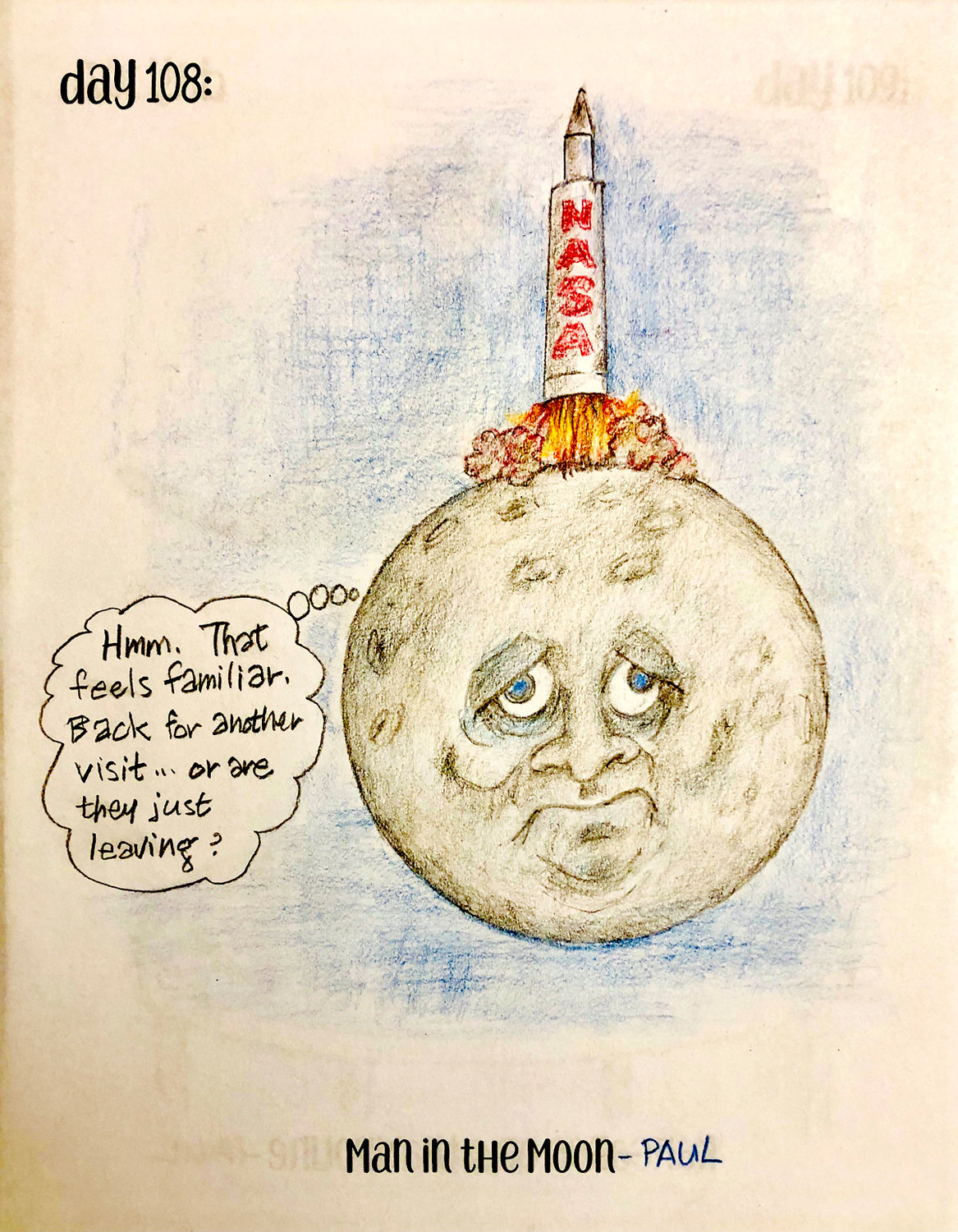 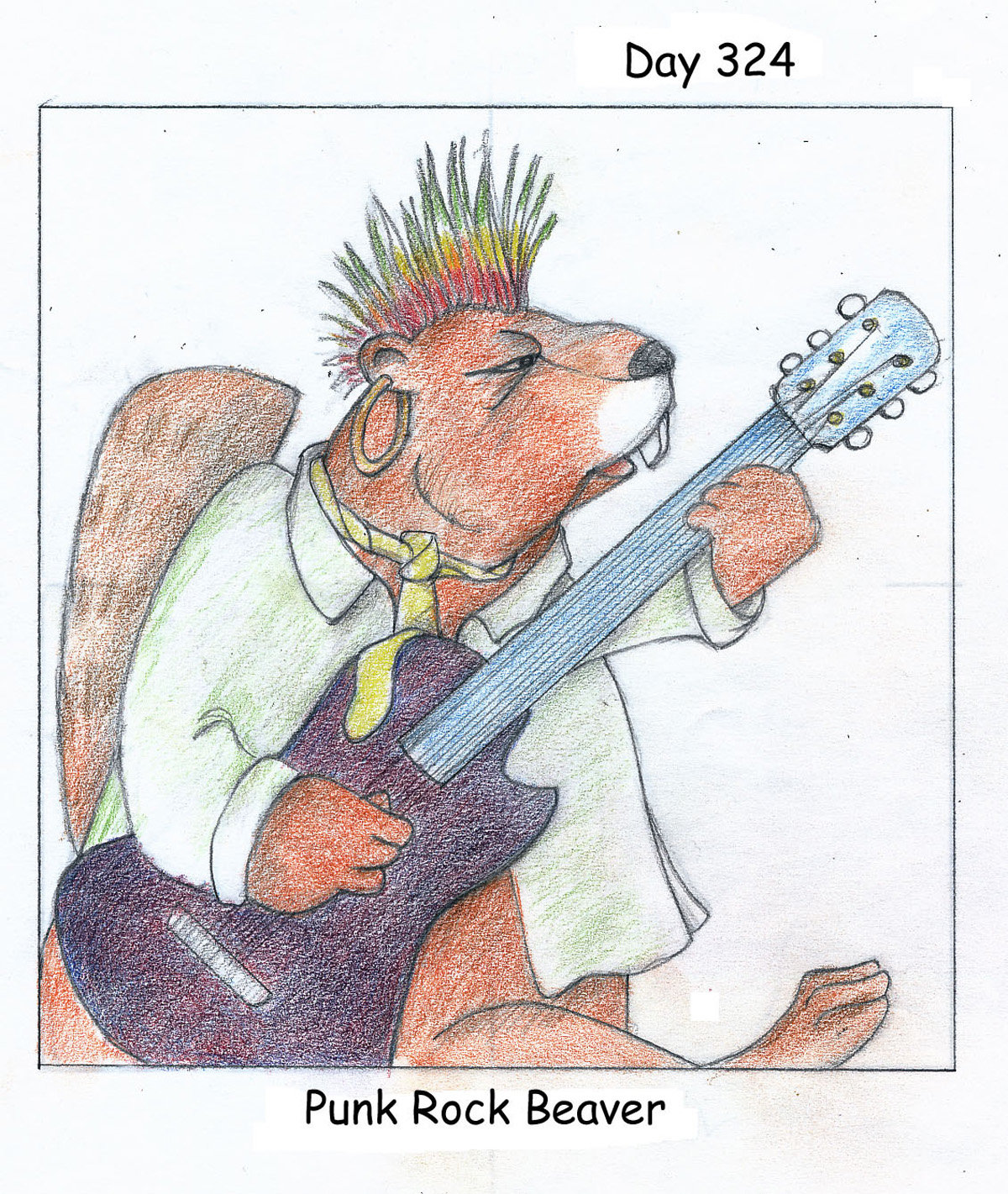 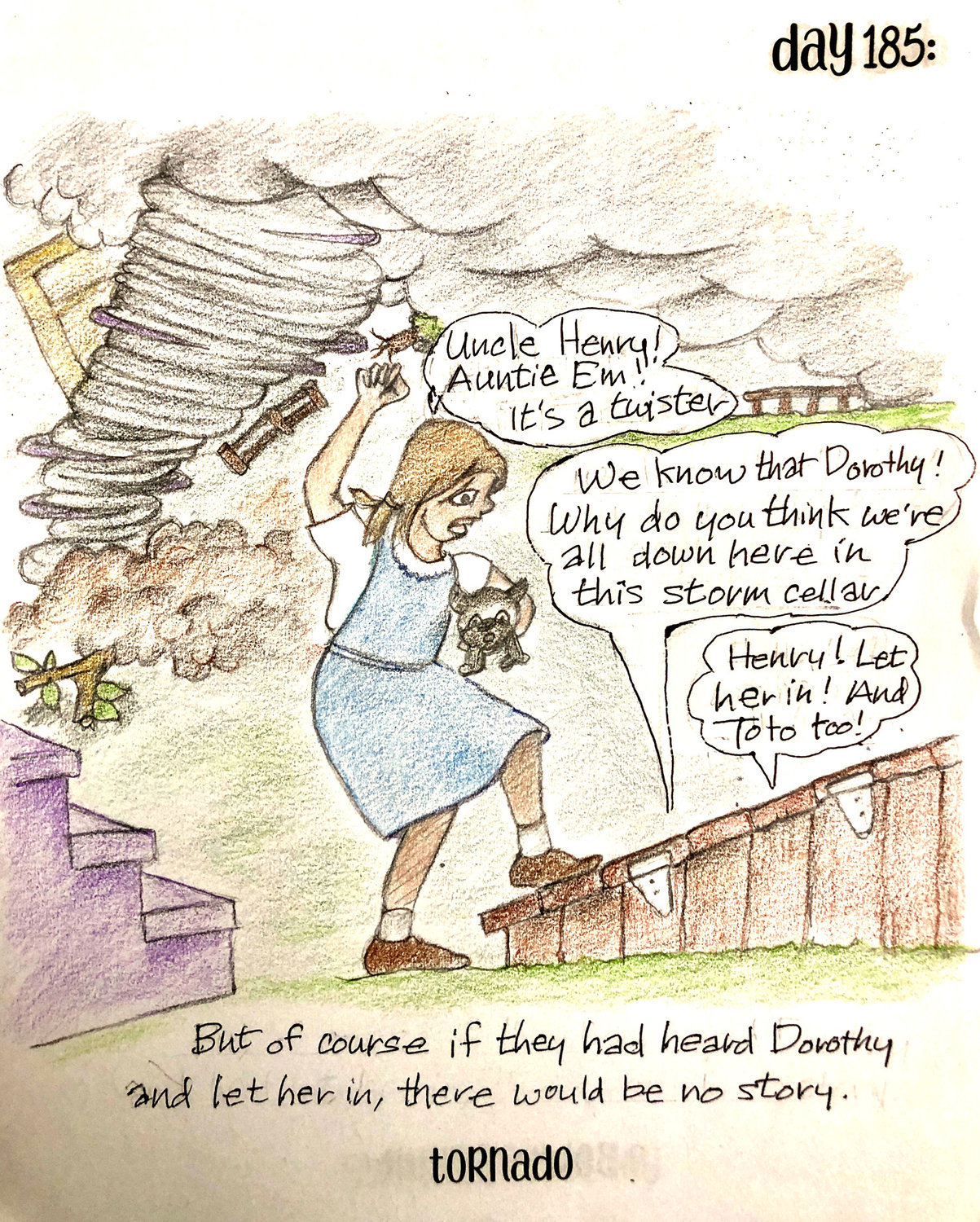 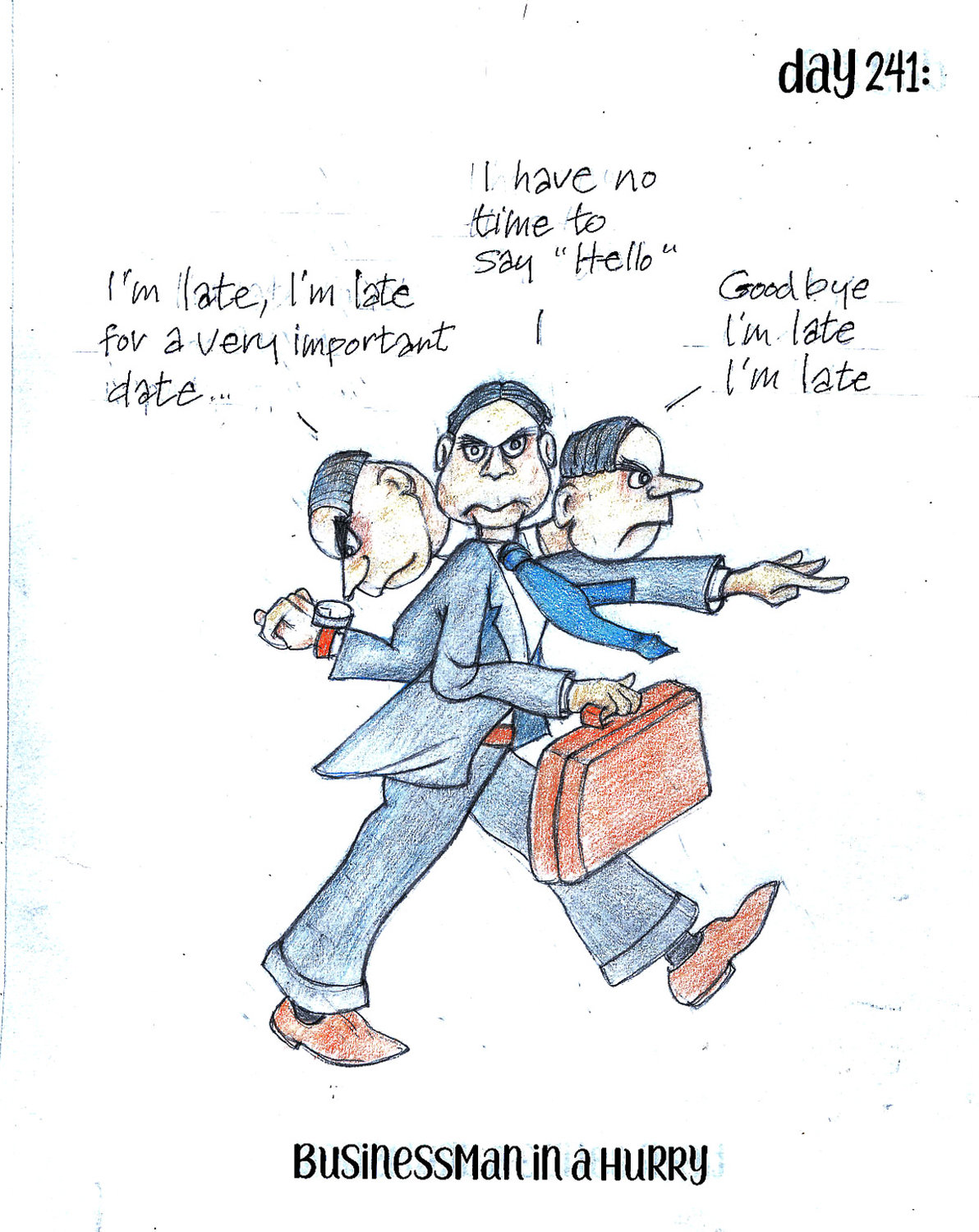 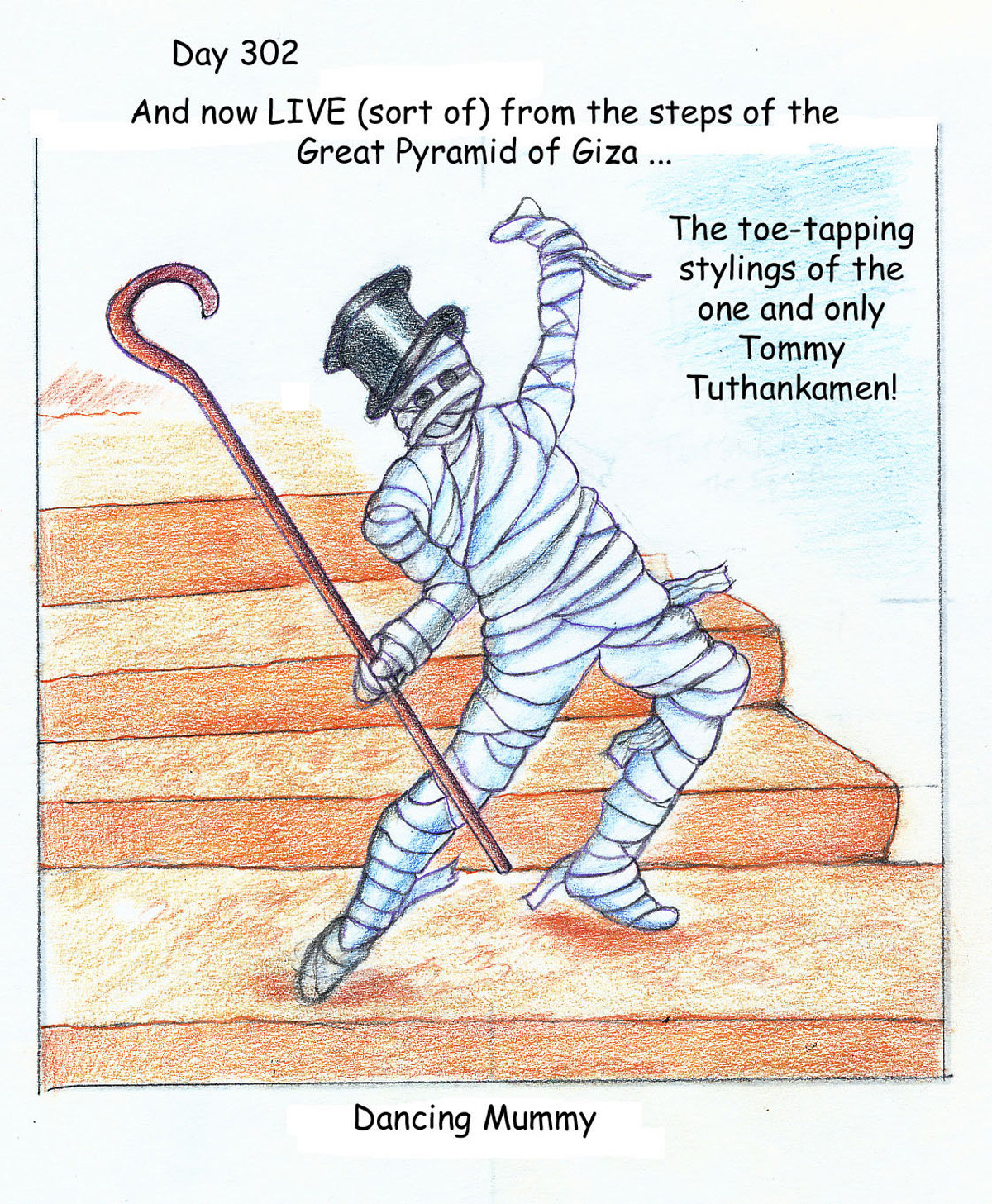 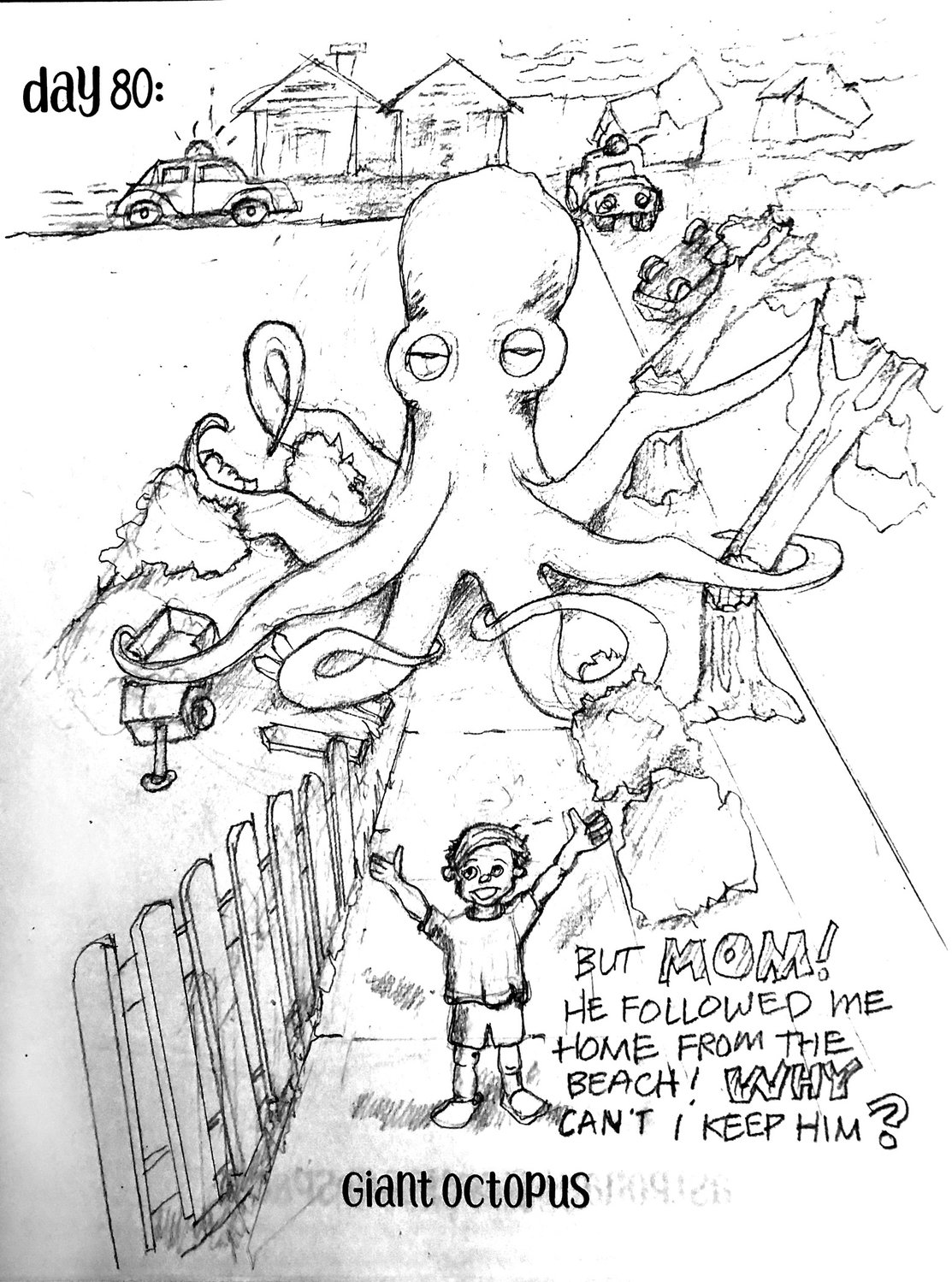 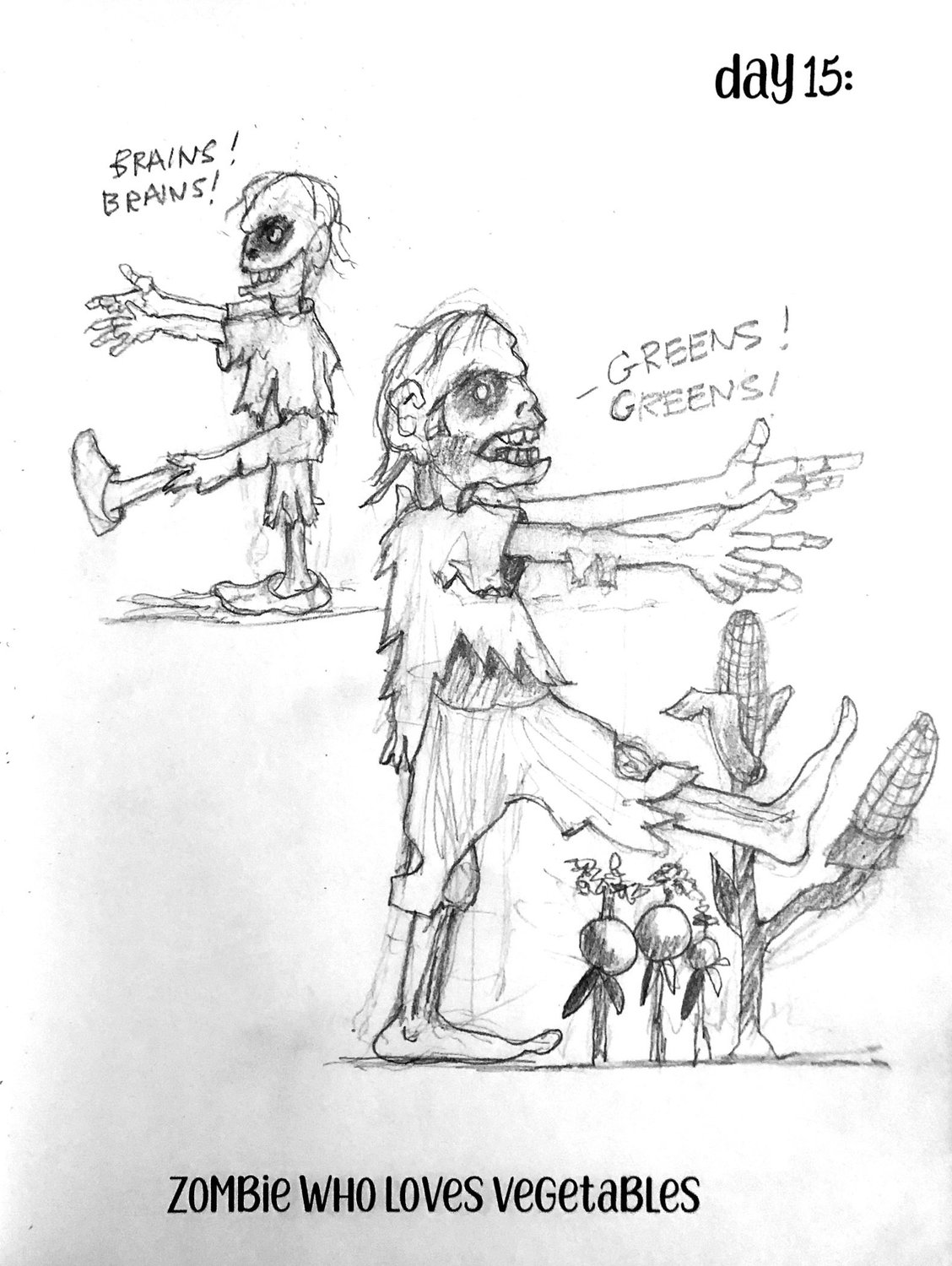 In 2021, retired University of Minnesota filmmaker Paul Eide and a few members of his family pictured a way to fight pandemic isolation – a way that creatively drew them together.
Just before Christmas, Catherine, his niece in Seattle, discovered a unique sketchbook. Entitled “365 Days of Drawings Prompts,” it was a set of all blank pages, except for a day number at the top of each page and a “prompt” at the bottom. A prompt was a word or phrase intended to inspire a drawing. A couple examples: “Turtle Playing a Trumpet,” and “Zombie Who Loves Vegetables.” She sent out copies of the book to challenge members of her family to a year-long project of drawing and sharing. Besides herself and her own three children, the participants included her sister in Anchorage and her mother, father and Uncle Paul in Minneapolis.
Using the book’s written prompts, they all came up with imaginative illustrations and shared their pictures each day on a text messaging thread.
“The prompts were definitely what made the whole scheme work,” Paul said. “Each of us had a commitment to post a picture for each day. Drawing a picture became part of our daily routine. Some of the ideas that emerged were enjoyable surprises.” Looking forward to each day’s sharing of images helped ease the isolation caused by the coronavirus lock-down and provided an amusing source of contact and community for all of them.
“Sort of to our surprise,” Paul said, “we all stuck with it and each of us managed to complete 365 drawings in the course of the year. We all brought different levels of drawing skill to the challenge. Some of us had taken college art classes in our earlier lives, and some had never done any drawing. It was not a competition…we all learned that by doing something day after day, you can’t help but get better at it.”
The daily exchange of images was a wonderful connection that kept family members in touch and creatively active. It was such a hit that, around the middle of 2021, Paul’s nephew, Charlie, proposed another family project: writing and sharing short stories. That would include his own mother and father, and again, his Uncle Paul. In his scheme, the participants took turns randomly choosing three “elements” that needed to be included in a story. They would have two weeks to write, and then share their creations online at the end of a two-week period.
Paul mused, “Whether the need to stay home and isolate helped generate or inspire these family projects is a question I should ask of both my niece Catherine and my nephew Charlie. I suspect that is the case. Though both the drawing and short story projects were family generated, I think any group of people could band together and do something similar.”