News for everyone, delivered to everyone
guest column

DON’T BE LURED INTO LIVE-TRAPPING WILDLIFE 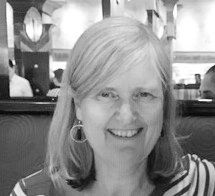 The cry of an animal in distress caught my attention one warm August morning. I hurried outside. Animal suffering mostly takes place behind closed doors, at factory farms and research labs, but the curtain was pulled back when I found the source of the cries: two live traps mounted on a steep garage roof, each confining a raccoon. One animal appeared immobile. The other’s trilling quieted when I spoke in a calm voice. “I’m going to rescue you,” I promised.
It was a promise I couldn’t keep. The property owner had hired a wildlife management company to catch the raccoons getting into his garage through flimsy-looking roof vents. The company’s technician told me the raccoons, who’d been lured by cat food, would ride in the back of his pickup truck until three o’clock, when he’d return to the company’s suburban office and “gas” them. According to Animal Control, this was all legal. Minneapolis permits the live-trapping of raccoons, although they can’t be killed inside city limits.
South Minneapolis residents frequently see raccoons disappearing into street sewers, or find their droppings in backyards. These intelligent, adaptable critters sometimes make their way into attics, crawl spaces, or garages to safely bear and rear their young. To well-meaning homeowners, live-trapping raccoons or other wildlife sounds benign.
It’s not as kind as you may think.
Confinement in live traps causes suffering. Wildlife management companies are only required to check live traps once every 24 hours. Fur-covered raccoons can be trapped on a roof in blazing sun or thunderstorms with no shelter or water for a full day and night. Relocation after trapping may make a homeowner feel less guilty, but it isn’t a good option from the animal’s point of view. Wild animals are disoriented when moved and don’t know where to find food, water, or shelter in unfamiliar territory. A study of trapped and relocated squirrels found that 97% died soon after relocation or disappeared from their release area. Raccoons trapped in Minneapolis are usually destroyed, rather than released, because they often carry distemper, but the death raccoons experience by “gassing” is not painless. The Humane Society of the United States (HSUS) has called euthanasia by carbon dioxide chamber in the pet shelter context “particularly troubling” and “certain to cause pain and distress” for several minutes until consciousness is lost. Finally, if adults are trapped and removed, any orphaned young suffer, too.
Fortunately, we can choose more humane solutions.
According to experts at Humane Wildlife Removal, because of raccoons’ climbing ability and strength, sealing entry holes with professional-grade repairs is the single most important and ethical concept. Put steel caps on chimneys, make sure vents are properly screened and that eaves and soffits do not have openings. Removing features that attract raccoons to your property, such as unsecured food waste, is also key. You can also try strategies to repel raccoons, such as motion-activated floodlights, motion-activated audio repellants, or certain scent repellants. HSUS suggests that if animals are not causing damage, consider waiting until the young are big enough to be on their own, and the animals move on. After they do so, repair your home or garage so wildlife can’t enter again. If you can’t wait, try humane eviction to encourage them to leave with their litters. A combination of unpleasant smells (e.g., rags soaked in cider vinegar), lights, and a blaring radio at night may work.
The technician I spoke with admitted much wildlife management business comes from shoddy construction using cheap materials, allowing animals to get inside. Squirrels invaded a friend’s attic after a remodeler installed a plastic roof vent, for example, but were unable to enter after it was replaced with sturdier steel. Ask contractors to use strong, quality materials when remodeling to prevent animal intruders before a problem starts.
Humans increasingly encroach on wildlife habitat, and for many, it’s easy to assume animals who get in our way must be “managed” or destroyed. We do better if we see them as fellow creatures sharing this Earth and not “nuisances” to control when our lives intersect.
Traps remained on that steep garage roof through thunderstorms and hot sun for several more days. I couldn’t rescue the four raccoons I know perished. Other animals can avoid that fate if we educate ourselves on our choices and let compassion be our guide.
To learn more about resolving problems with raccoons responsibly, visit the websites humanesociety.org/animals/raccoons and humaneraccoonremoval.org.