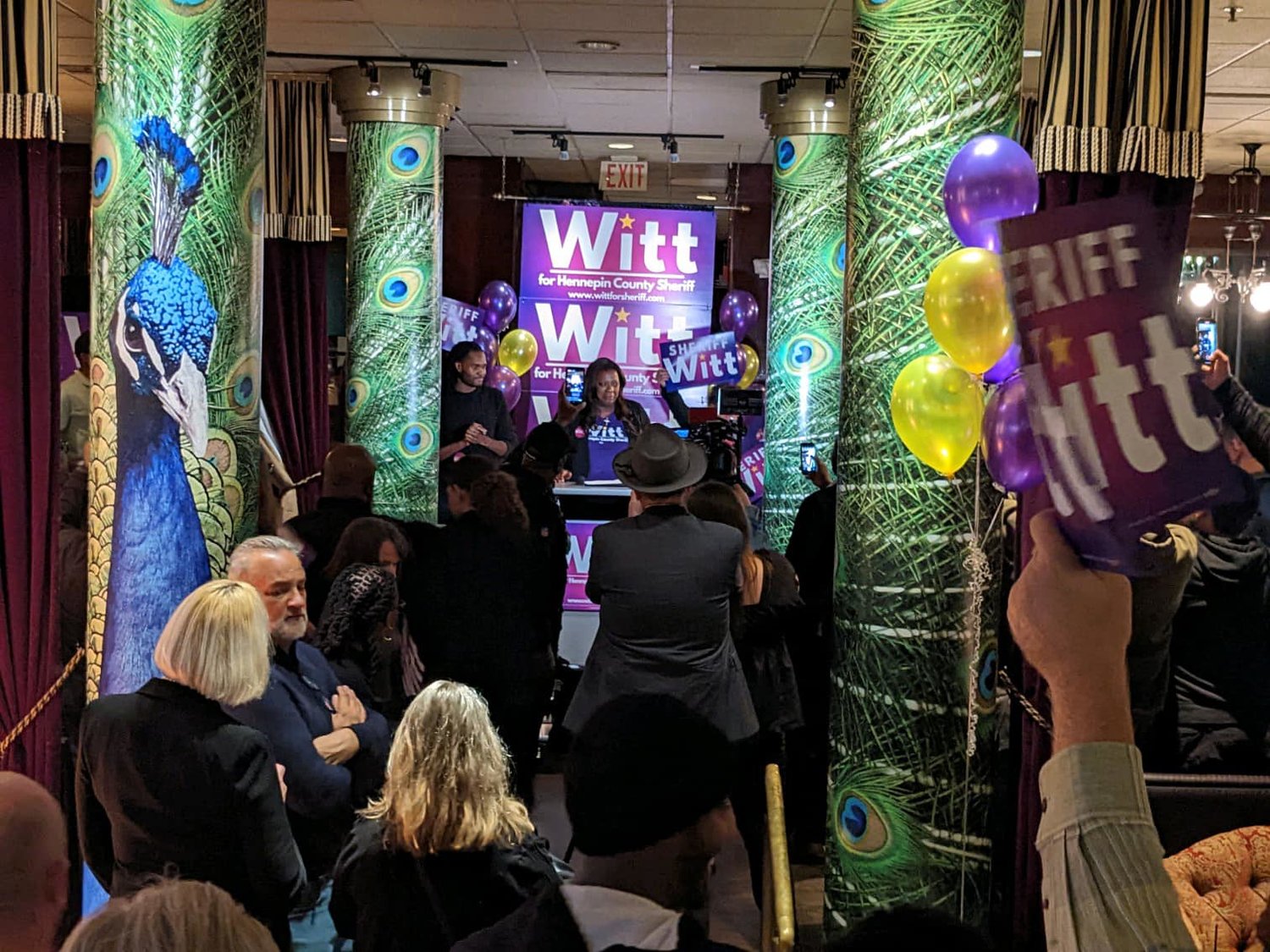 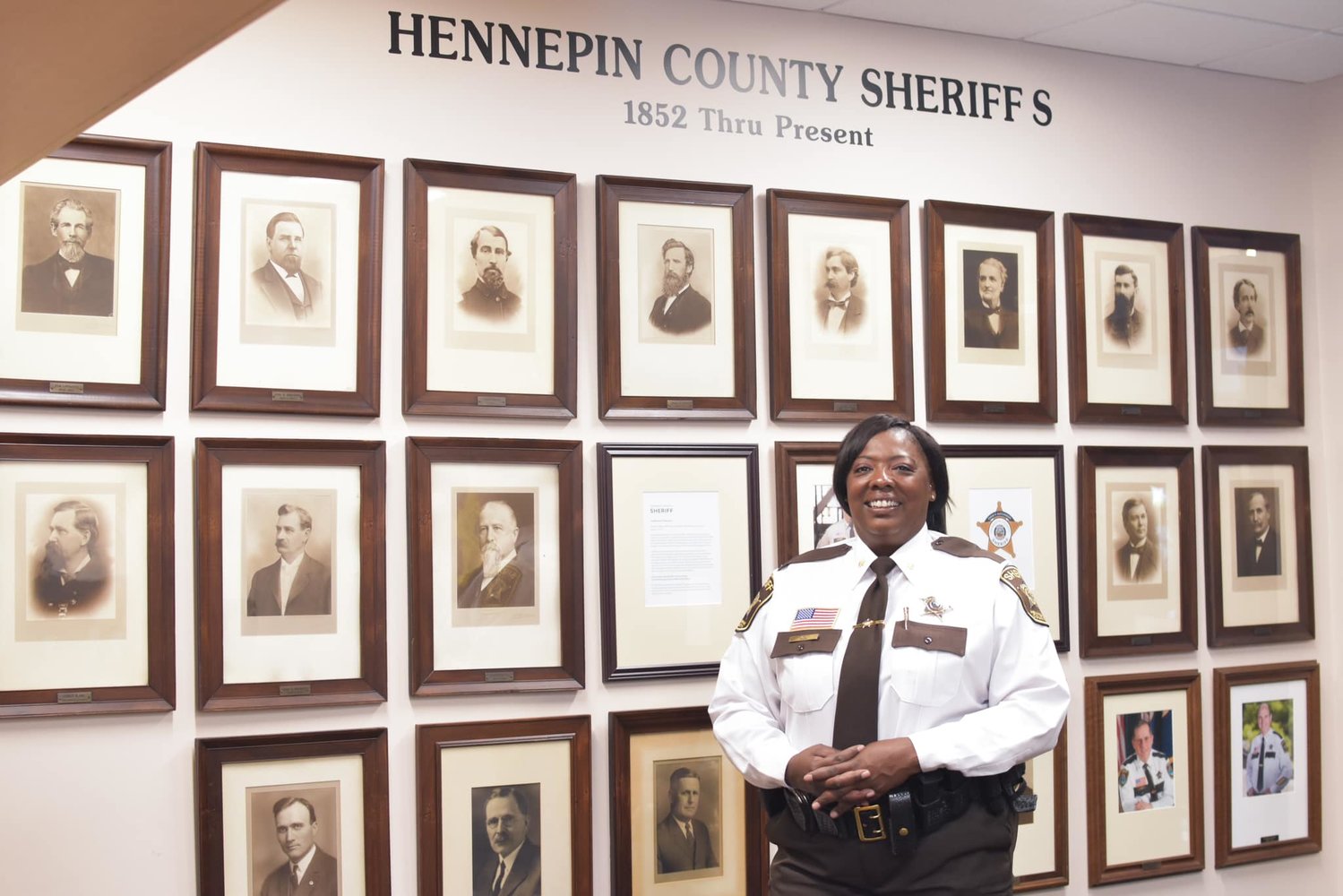 Dawanna Witt stands next to photos of the 28 White men who preceeded her as Hennepin County Sheriff.
Photo via Facebook 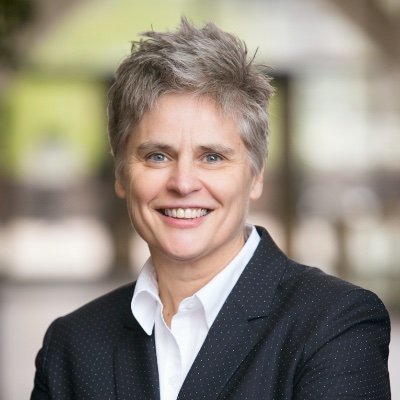 “I am honored to serve as the next Hennepin County Attorney,” said Mary Moriarty.
Photo Submitted 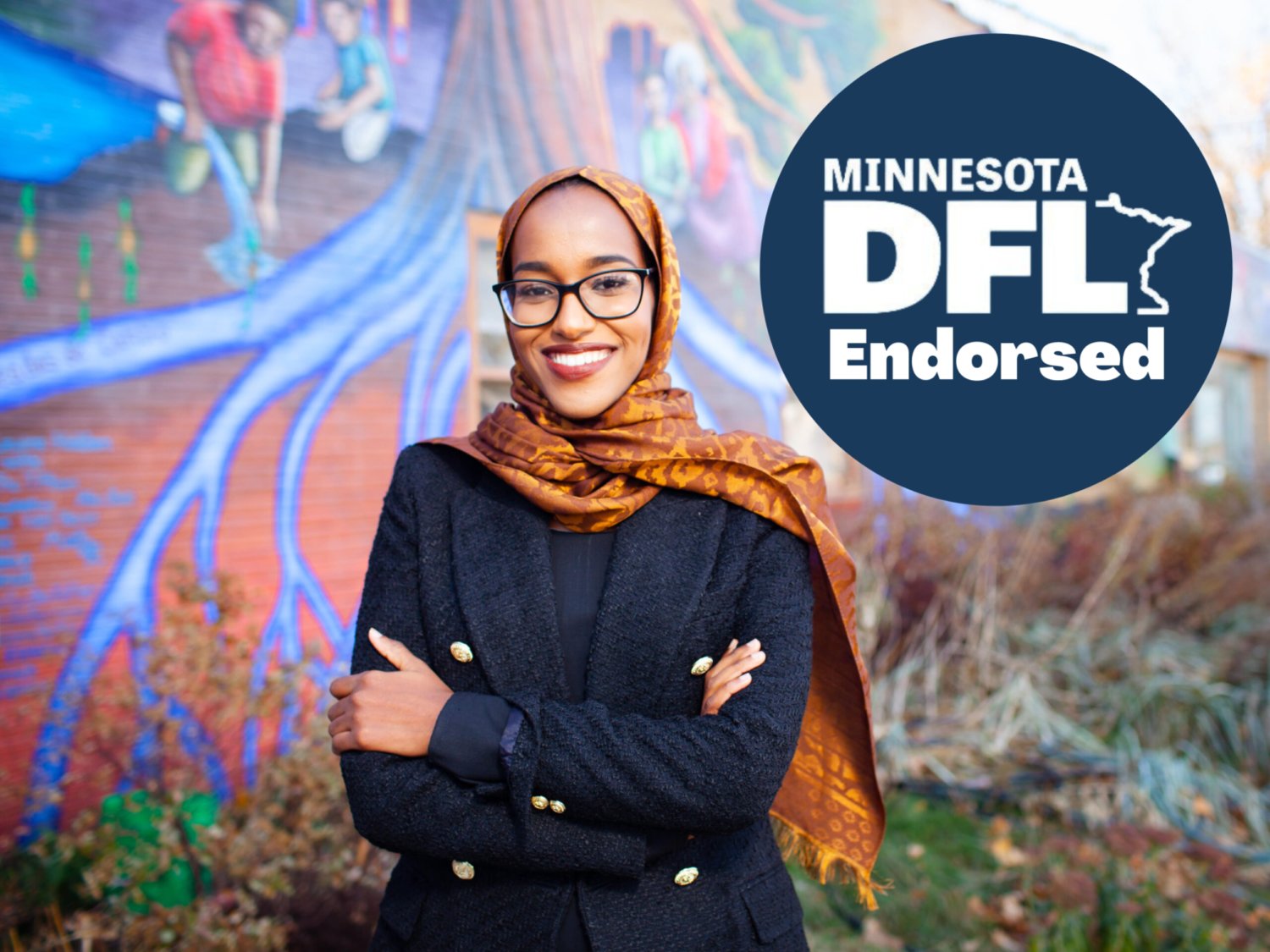 The 2022 midterm election provided many firsts for Hennepin County and Minnesota as a whole. Black women will serve in the Minnesota Senate for the first time with the election of Zaynab Mohamed, Erin Maye Quad, and Clare Oumou Verbeten. Dawanna Witt was the first Black person and woman to be elected as Hennepin County Sheriff. Leigh Finke was the first transgender lawmaker elected to serve in the state House. Mary Moriarty was the first openly LGBTQ+ woman to be elected as Hennepin County Attorney. Both candidates, Collin Beachy and Sonya Emerick, elected for the Minneapolis school board at large positions are members of the LGBTQ+ community.

Black women in the Minnesota Senate after 164 years of statehood. Mohamed is also the youngest woman elected to state Senate at 25 years old.

“I’m honored that the people of south Minneapolis have placed their trust in me to serve as their next state senator,” Zaynab said Tuesday night to the Sahan Journal. “I’m incredibly grateful to my friends, family, campaign staff, and volunteers who made this historic night possible and for the unwavering belief they had in me throughout this campaign. There’s important work ahead and I can’t wait to get to work improving the lives of working Minnesotans.”

Dawanna Witt posed by the photos of Hennepin County Sheriffs from 1852 through the present. Her photo will be the first Person of Color and woman to don the wall after 28 White men. In a statement released on her Instagram, Witt expressed gratitude and excitement for her coming term. Witt was in charge of the two largest divisions at the Hennepin County Sheriff’s Office, Court Security and Adult Detention, before being elected. She also is an adjunct professor at Inver Hills Community College teaching Juvenile Justice and American Corrections.

“Thank you to every single person who helped me on this journey. I am so lucky to have a team that believed in me, supported me, and elevated me,” Witt wrote. “The next few months will be busy as I prepare to take office as the 29th Sheriff of Hennepin County. I plan to build a team that will help me build a stronger, safer Hennepin.”

Mary Moriarty was a public defender in Hennepin County for 31 years before being elected as the county attorney. In 2014, she was appointed as Hennepin County’s first female Chief Public Defender. Studies conducted by her office in 2018 and 2020 found that Black residents were more likely to be stopped by police officers in traffic stops and that Black drivers are searched at a higher rate.

“We built our coalition, and our coalition showed up,” she wrote in a Facebook post. “I am honored to serve as the next Hennepin County Attorney.”

Collin Beachy and Sonya Emerick are both members of the LGBTQ+ community and have been elected to the Minneapolis school board at large positions. Beachy has been a public school educator for 19 years. His position before being elected included equity lead at Transition Plus Services.

“I have worked very hard to get here. My team has worked hard, my friends and family have worked hard. There are just no words I can say to thank everyone for their support and their votes,” Beachy wrote on his website. “Let’s go into this with our heads held high and with big goals and dreams. This is where the real work begins. Thank you.”

Sonya Emerick is a parent of a student enrolled in Minneapolis Public Schools. Emerick works as a youth case manager, and has decades of community organizing experience including work with homeless and at-risk youth and organizing food distribution. They serve on the MPS Special Education Advisory Council and is on the Board of Directors for the Autism Society of Minnesota.

“All Minneapolis precincts are in, and I’m thrilled to say that we’ve done it,” Emerick wrote on Facebook. “Thank you, voters, supporters, volunteers, donors, mentors, and everyone else who helped us get here. I’m so grateful. Together.”