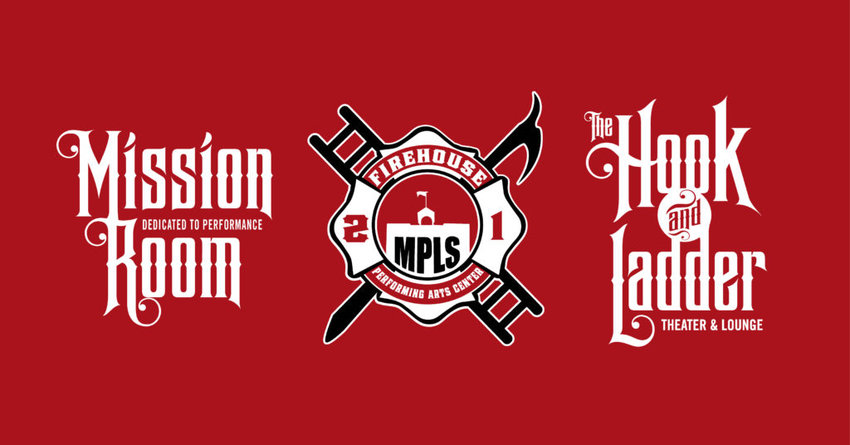 As early as March, a new venue space will open inside the old Firehouse 21 building at Lake St. and Minnehaha Ave. Called The Mission Room, it will be a performance and gallery space to serve local visual, literary, spoken-word, singer-songwriter and multi-media performance artists, as well as host community meetings, fundraisers and events.

“It certainly wasn’t part of the original plan to be pursuing an expansion within two years of opening,” said Mozena. But since their opening in 2016, several other venues closed—Bedlam Theatre, Triple Rock Social Club, Intermedia Arts—and The Hook and Ladder kept on booking. In just two years, they have presented more than 4,000 local, regional and national performing artists and helped numerous nonprofits raise funds for their organizations.

“Due to circumstances we had to pick up the slack,” said Mozena. “Here we are, two years later, and we’re still saying ‘no’ more than we’re saying ‘yes’ to performers.” 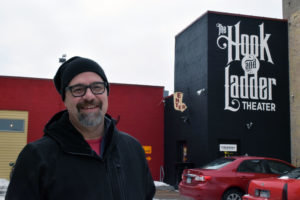 Photo right: Chris Mozena, Executive Director of Firehouse Performing Arts Center, outside the red brick building that will soon house the Mission Room next to The Hook and Ladder Theater & Lounge. (Photo by Jill Boogren)

This speaks to a demand for more artist and community space, but it also speaks to a demand for a "different" space. The Hook’s capacity is just shy of 300, which is a lot more than is needed for some events. With a 100-guest capacity, the Mission Room will be a better fit for some artists and performers. Some book readings, spoken word or singer-songwriter performances, and community meetings may benefit from a more intimate setting. It also gives the FPAC room to support startup and experimental works.

“The smaller space will lend itself to these kinds of activities,” said Mozena. “It’s a way to meet our commitment to community and to our mission.”

The Mission Room will be in the space formerly used by Zorongo Flamenco Dance Theatre, who is moving to a new nearby location. It’s the red brick section with an entrance from the south side parking lot. The venue will require a basic interior remodel to make the space accessible, both physically and regarding proximity of artists to their audience. The raised dance floor used by Zorongo and the tin ceiling will be removed. A small stage will be built, acoustic, lighting and aesthetic improvements made, and new seating added.

The concept is for it to be a hybrid gallery and performance space. They plan to utilize eight to a dozen six-foot wide, two-and-a half-foot deep plexiglass casters to showcase non-performing arts.

“Some artists work in 2D or 3D pieces of art,” said Mozena. “Each one would be available to monetize their work.”

Mozena would also like to house a box office there so that patrons can avoid processing credit cards online, with tickets for any FPAC venue shows available.

“What we’re hoping is to look for a synergy of performances, crossover from one theater to another,” he said. “Three stops, one venue.”

FPAC has held numerous fundraisers for community groups, like the benefits for the Roosevelt Theater program, Water Mission, the Leukemia & Lymphoma Society, and Standing Rock, and the Mission Room will open up more opportunities.

“We’ve been the nonprofit helping other nonprofits,” said Mozena. “We just want them to engage artists in some way.”

FPAC relies heavily on sales of tickets and beer, individual donations as well as volunteer hours to put on the shows they have. At the time of this writing, they’d received about 60% of their fundraising goal for the Mission Room. Donations are still welcome and being accepted on their giveMN page under Firehouse Performing Arts Center.

The first week of January, The Hook will be dark as they make improvements to the bar that will allow them to get a spirits license. A few highlights after that are: Jan. 10, Bedroom Floor Body Positive Fashion Show and Cabaret; Jan. 24, Growler Gala to benefit Roosevelt Theater; Jan. 25 ouTposT performance by MN Orchestra musicians. Check their calendar for more.