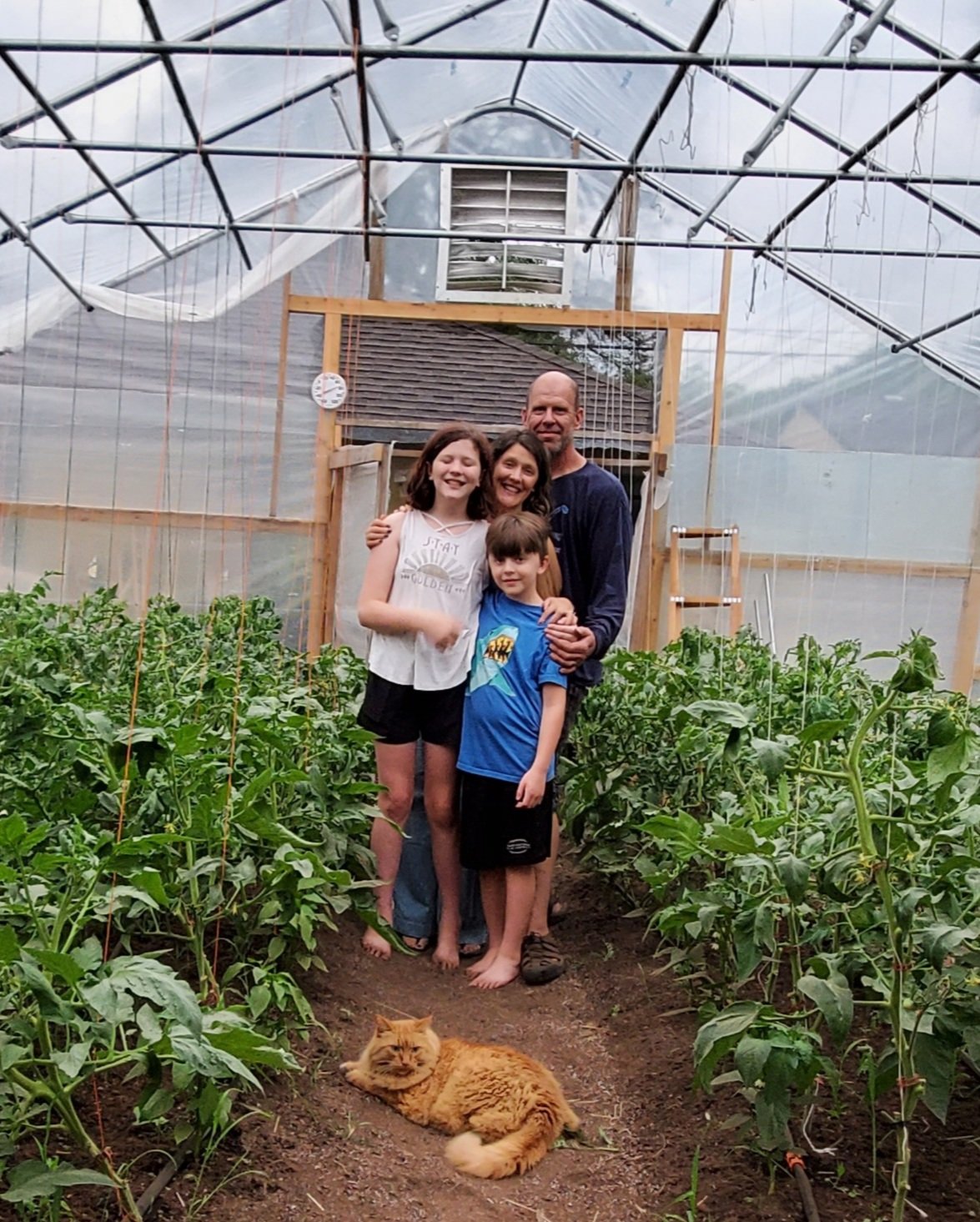 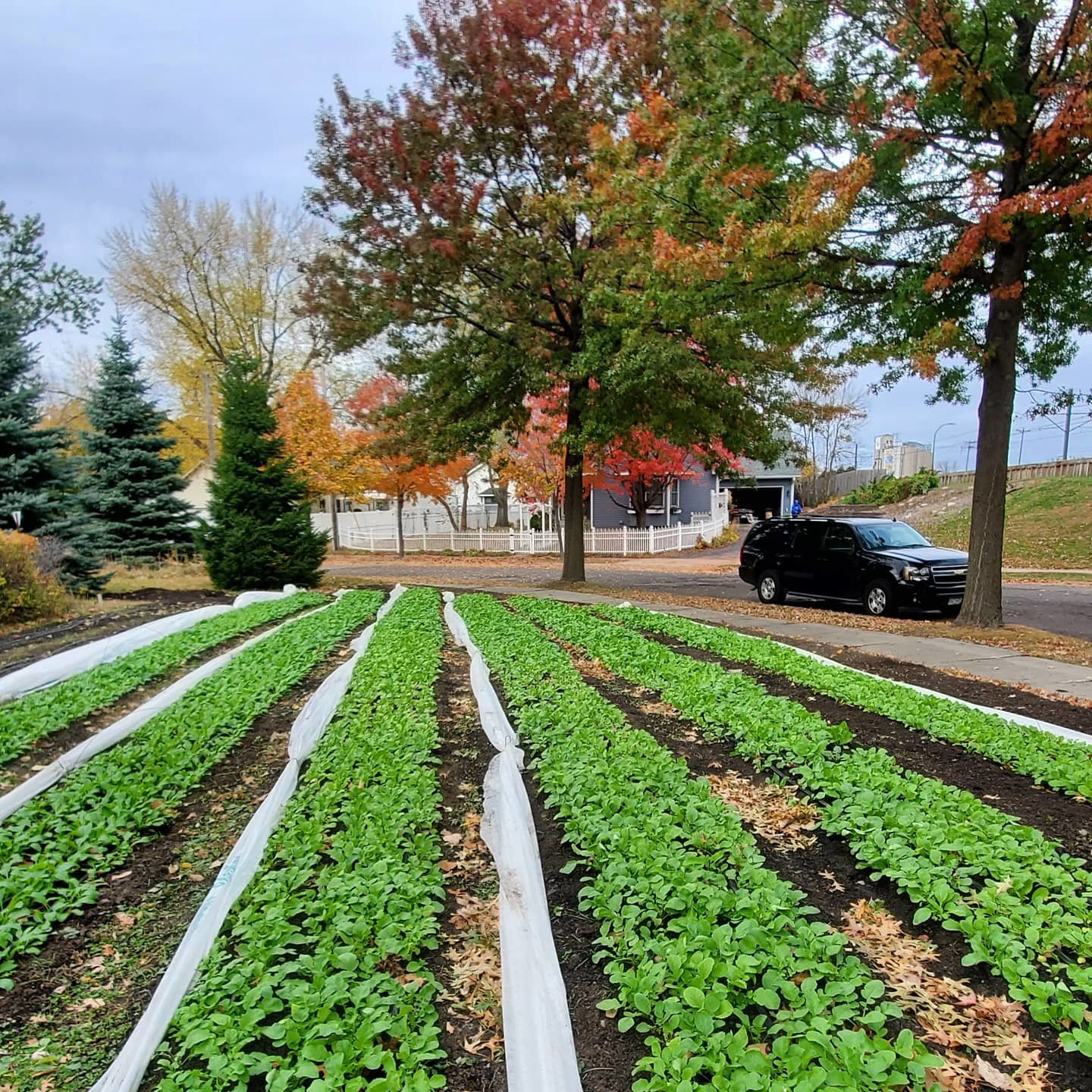 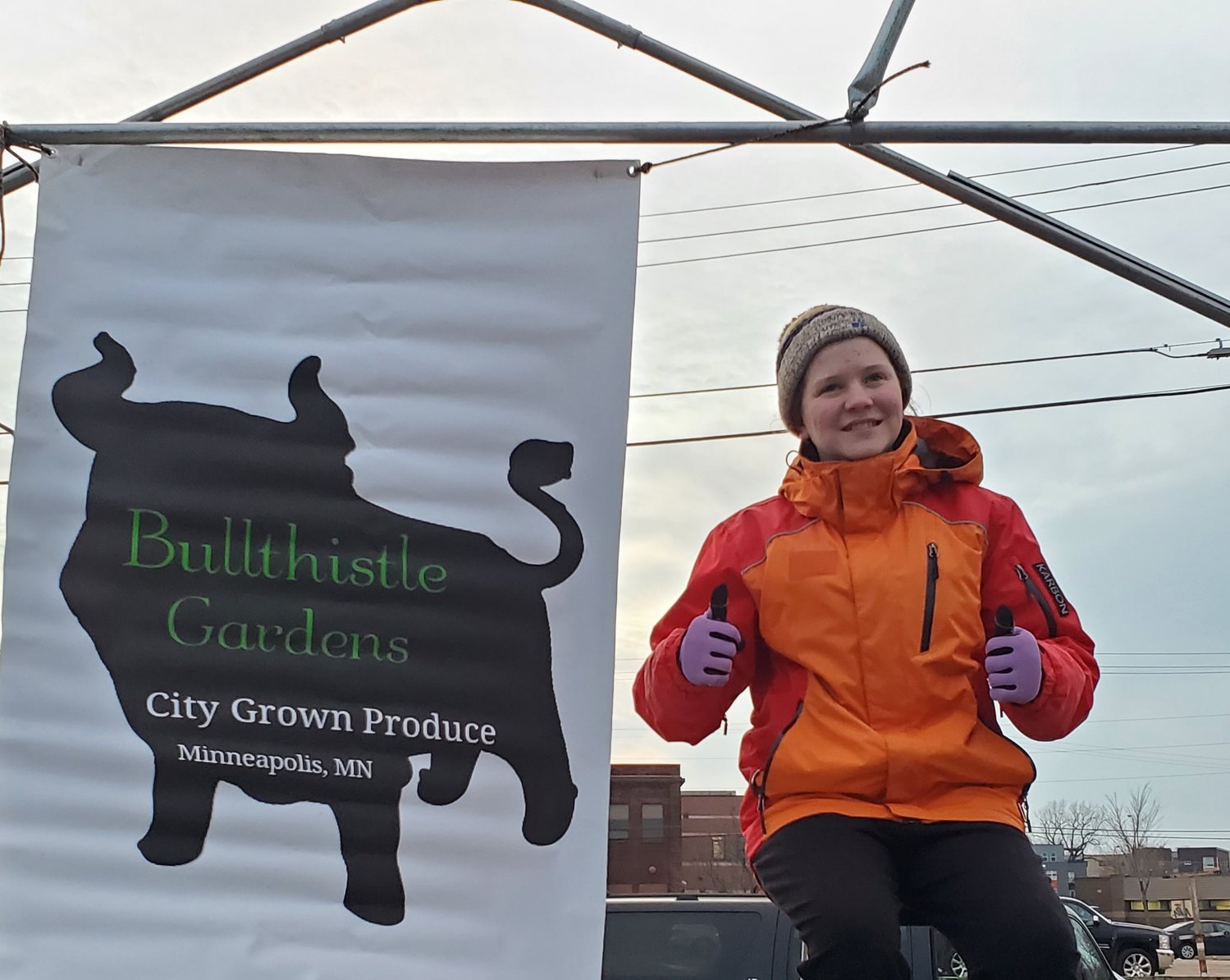 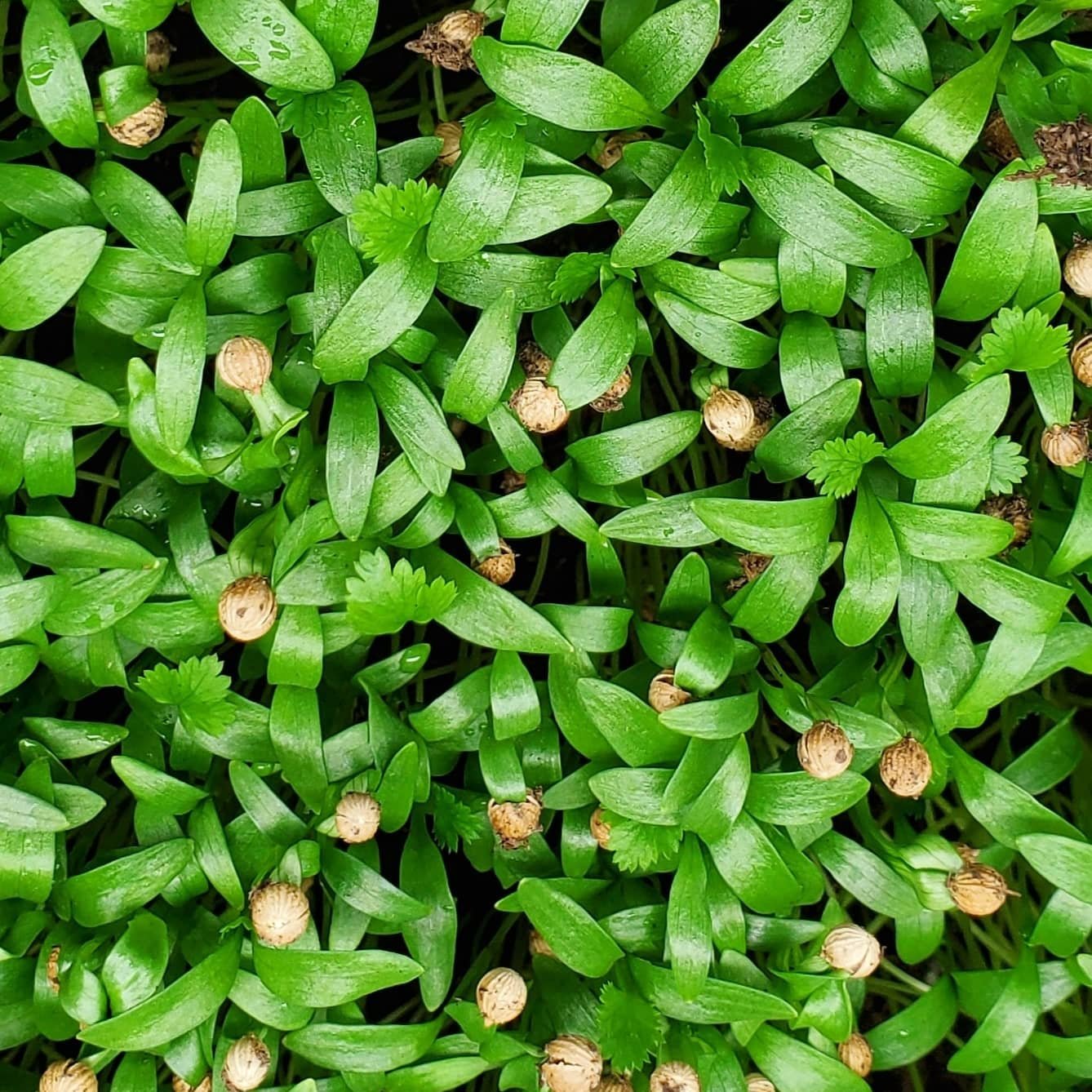 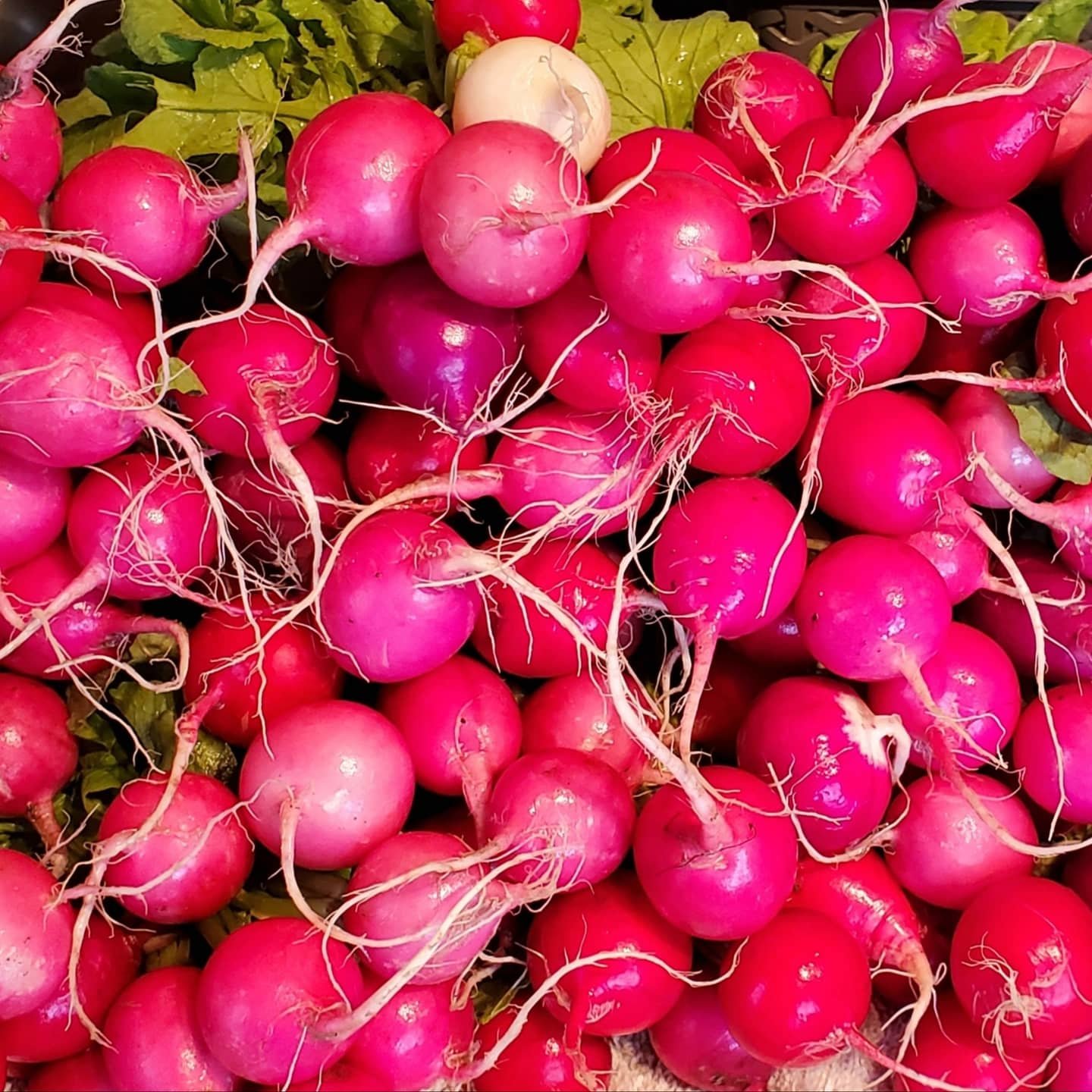 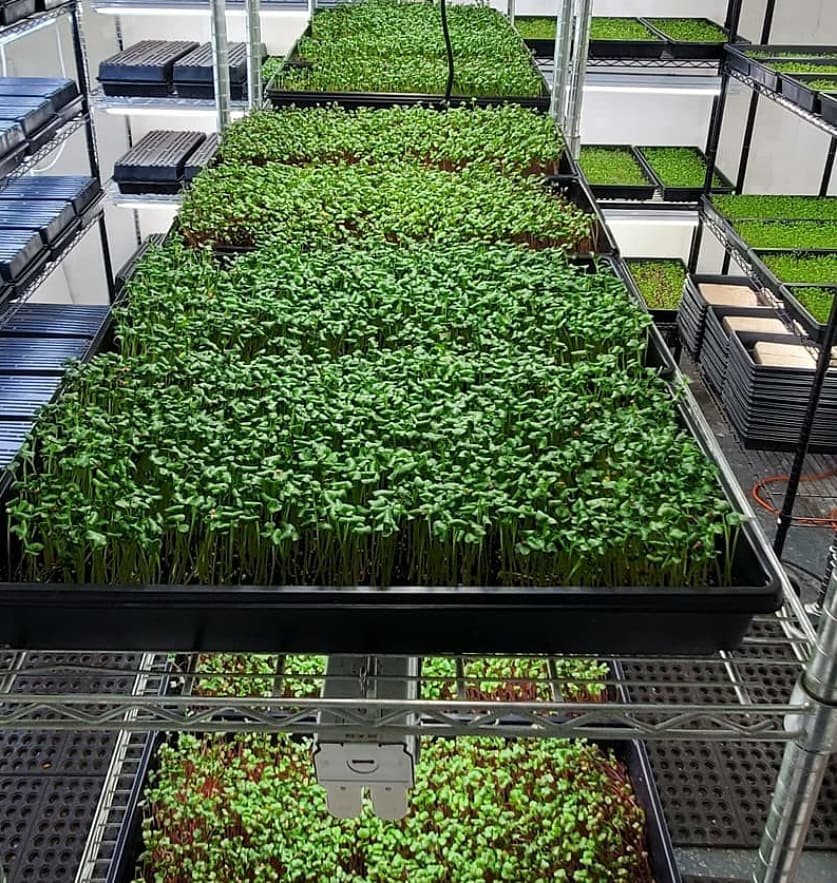 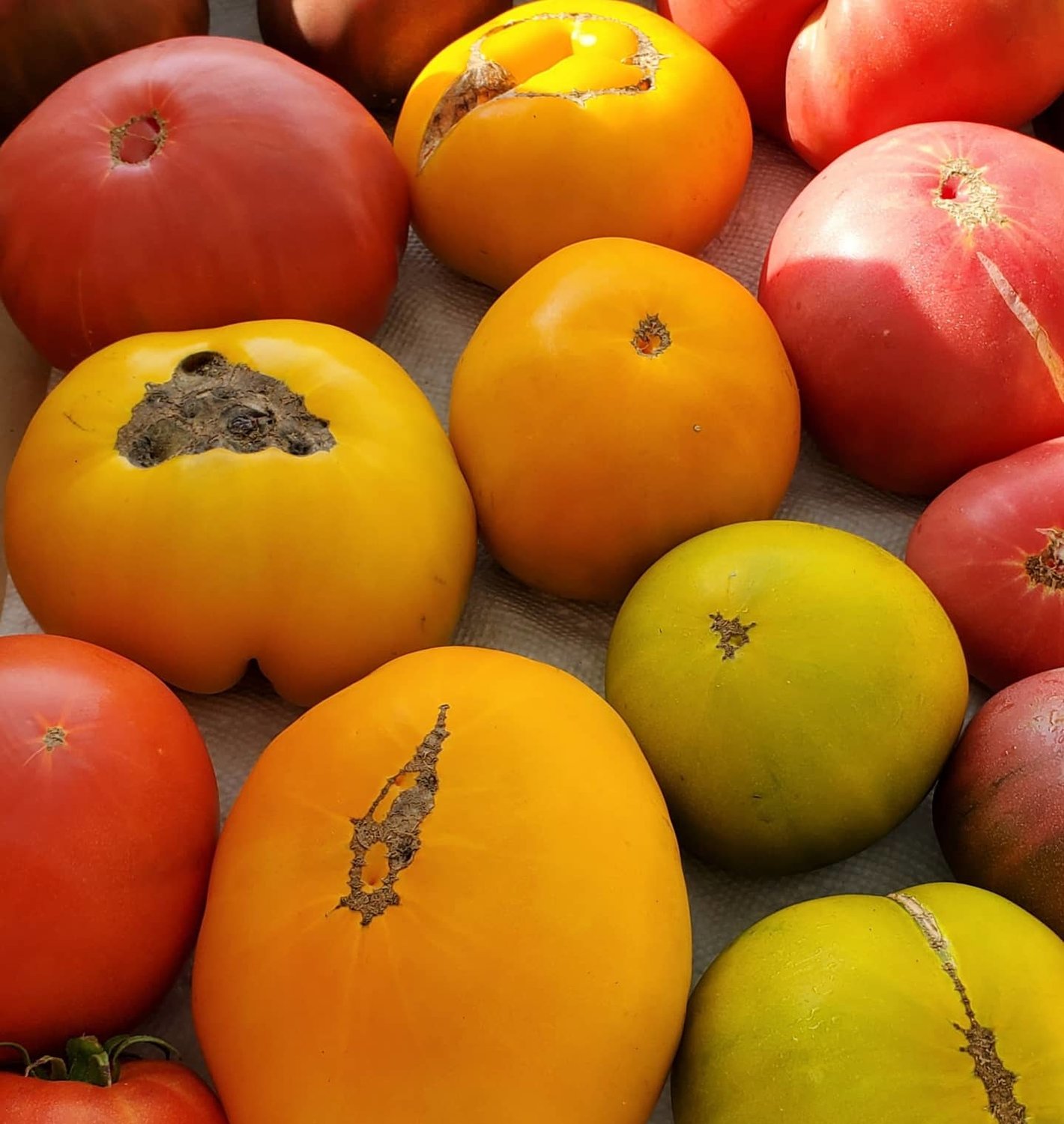 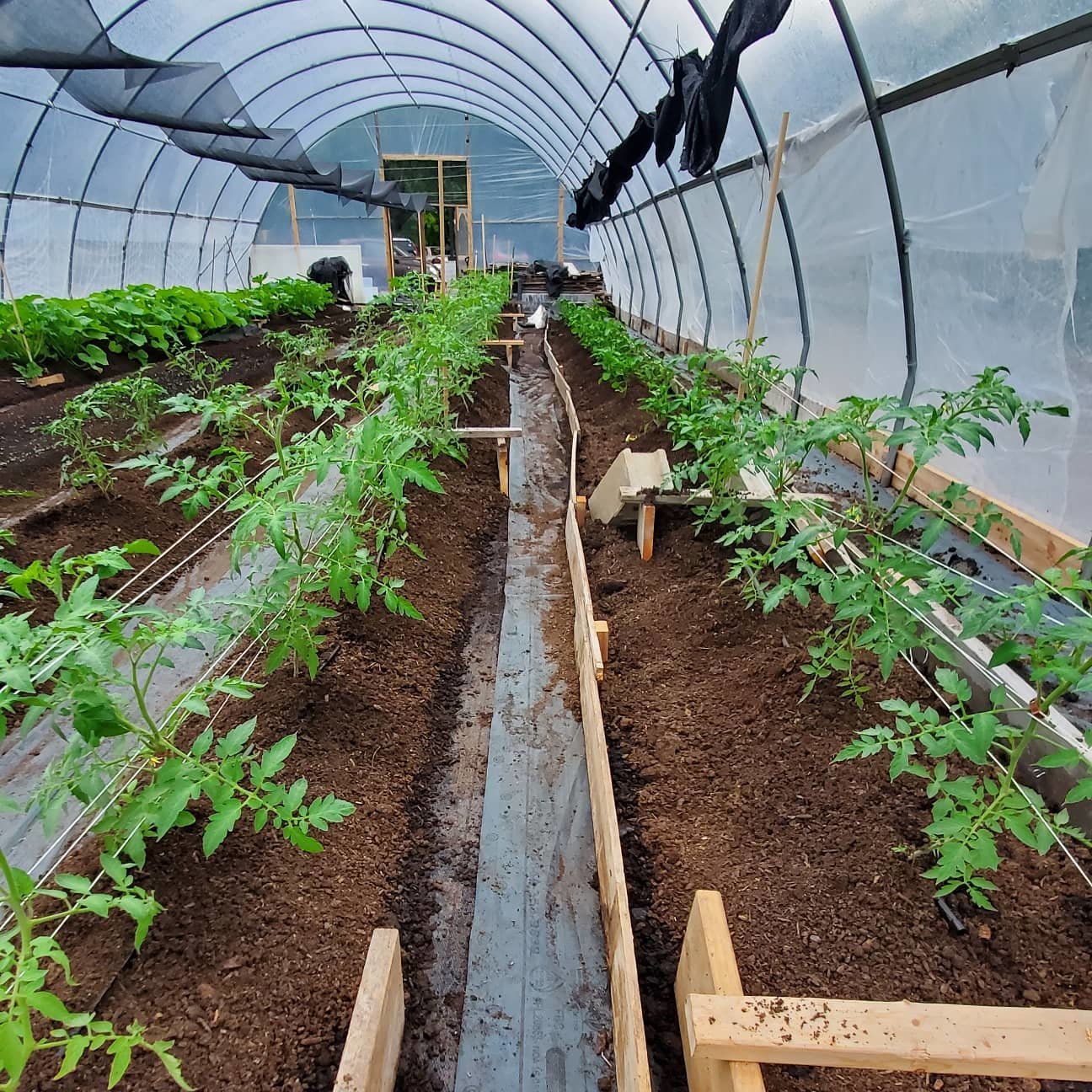 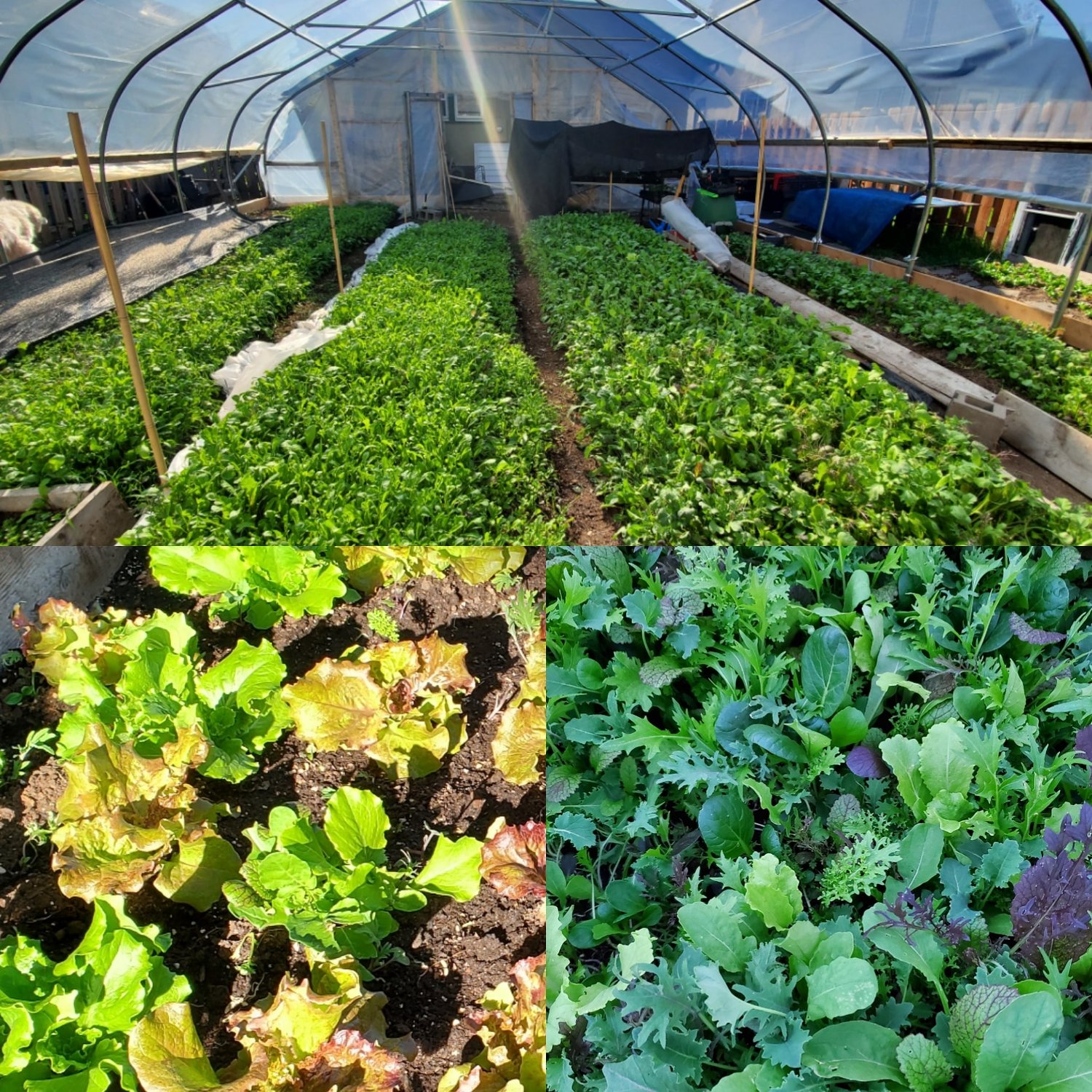 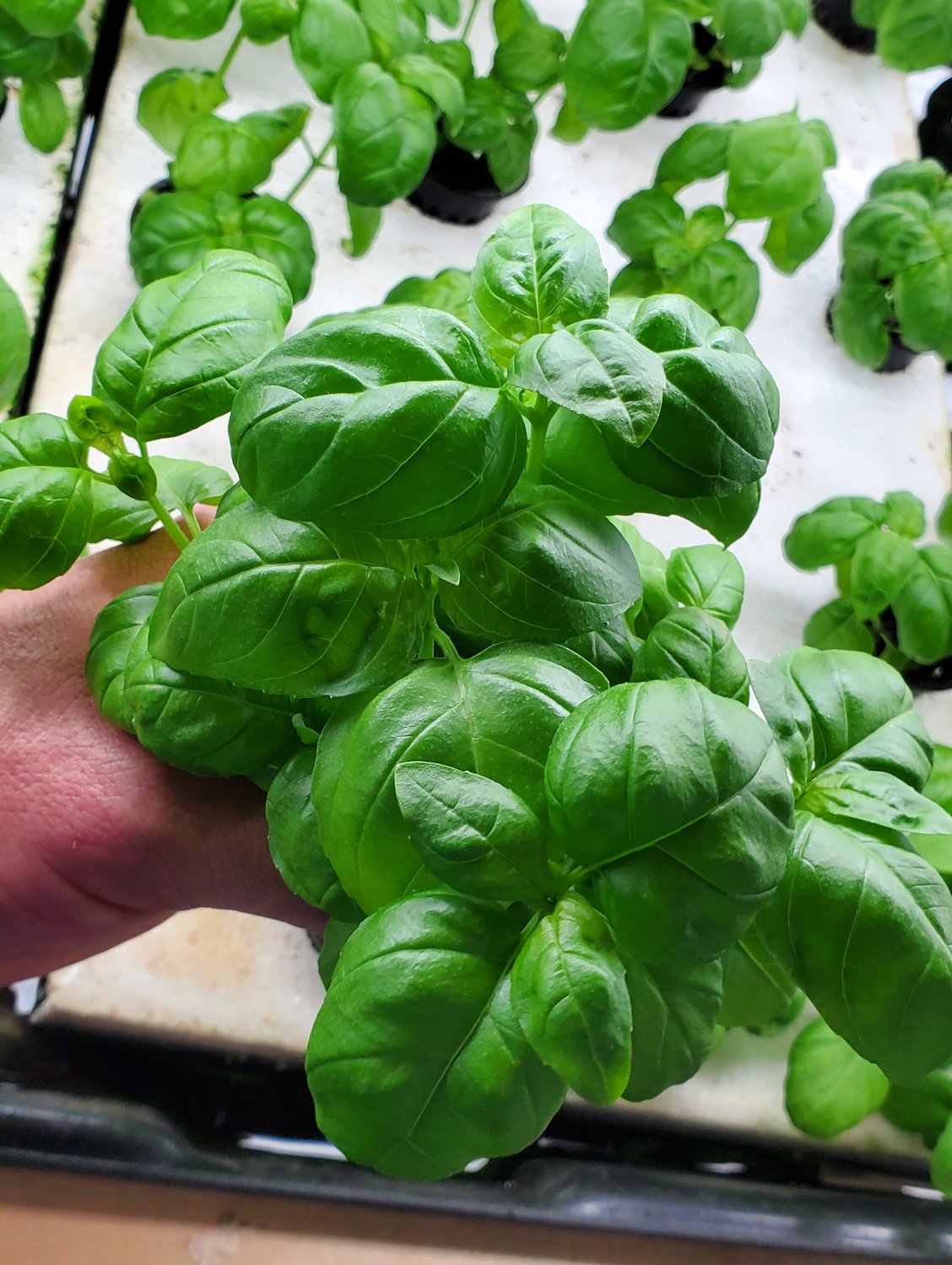 From David Gray of Bullthistle Gardens:

2) Don’t quit if it doesn’t work the first time.

3) If only we had YouTube videos and social media to the extent we do now, back when we started. However, the first and best gardening book I ever bought is called “The Vegetable Gardener’s Bible.”

In a place where many buildings were destroyed by fire, something new is growing.
A high-tunnel greenhouse south of Moon Palace Books (3032 Minnehaha Ave.) and Arbeiter Brewing will provide fresh, local food.
It’s part of the Bullthistle Gardens operations. “There’s no denying the symbolism when you’re pounding steel posts into the ground for a new greenhouse while facing the other side of the street where everything was lost,” observed urban grower and Hiawatha resident David Gray. “Now with our attention on the [Derek Chauvin] trial – it’s an opportunity for change, and this garden represents a new beginning in many ways.
“We tell our kids that we’re in the midst of something so big that one day they’re going to look back and be proud to say they were a part of it.” David and wife, Beth, have lived in the Longfellow neighborhood for 15 years, and have two children, Elsie (age 12) and Jack (age 9).
Bullthistle had been eyeing the location prior to the pandemic. “However, it was the unrest that solidified it for us,” remarked Gray. “Not only was there the immediate need for healthy food, but it was pretty quiet down there for a few months. We want to give our community another reason to get outdoors.”
Once operating, the 28 foot by 96 foot structure will provide food items for Gandhi Mahal and Curry in a Hurry, which opened at 3025 E Franklin Ave. after a fire destroyed the restaurant at 3009 27th Ave S. Bullthistle Gardens will also have a walk-up market a couple days a week once they get going in mid-May. The grand opening is set for Sunday, June 1 from 3-5 p.m.
Bullthistle Gardens grows baby leaf greens, microgreens, lettuce, herbs, heirloom tomatoes, cucumbers, peppers and melons. The Moon Palace location will be home to all of the tomatoes, hot peppers and cucumbers. Plus this location will serve as the pick-up spot for online orders.

Partnership with Gandhi Mahal
This isn’t the first time that Gray has collaborated with Ruhel Islam of Gandhi Mahal. He was also involved in the innovative aquaponics growing system that was operating in the basement at the restaurant.
Gray was first introduced to aquaponics in 1995 while working on a greenhouse at Penn State University. “I remember not being able to wrap my head around what the grower was showing us,” he admitted. The first time he worked with a grow system that used fish was at Gandhi Mahal. Then Gray essentially emulated the same system that he put together there for his own use in the basement of his house – minus the fish.
The high-tunnel greenhouse at Minnehaha Ave./Lake St./27th Ave. joins several other sites. The Bullthistle market garden operation includes a 30 foot by 70 foot high-tunnel in Northeast Minneapolis, and gardens inside and outside at their home. Plus, they have a 3,200 square foot city lot in Standish-Ericsson through the Homegrown Minneapolis Garden Lease Program.

Pivoting with Chowgirls
For 15 years prior to becoming self-employed, Gray co-directed a non-profit that assists adults with intellectual disabilities in finding and maintaining employment. In 2009, they created an entrepreneurial project that ultimately turned into a 12-acre certified organic vegetable farm that he directed. They ran a CSA and sold at farmer’s markets such as Midtown and Northeast.
While at the Northeast Farmers Market, Gray met Heidi Andermack of Chowgirls. They teamed up last year during the pandemic and were part of their shift from high-end catering to preparing high-end meals for those who need them. “It was an opportunity to put our model in action, and to give something back to a community leader in Heidi, who’s always supported me,” stated Gray.

Extending the growing season
Gray believes in his work and points out that it is important to the health of the community.
“There’s such a big gap between full swing market seasons in Minnesota, typically mid-October to May. That’s a long time to go without fresh produce,” he observed. “I believe there’s a lot of stopgap measures that can be met by using season extension practices outdoors in the winter, growing indoors year-round, using high-tunnels/greenhouses without supplemented heat, etc.
“While using relatively minimal space, there are cost effective ways for people to grow their own food in the city.”
For the past three winters, Gray and his family have had lettuce, microgreens and herbs growing in their basement at home. “That’s a lot of nutritional value over a six-month period of time when there are not many fresh options out there, let alone local.
“We believe everyone deserves good, healthy food. The pandemic has magnified that need more so now than ever.”
Learn more about Bullthistle Gardens at https://bullthistle.org/.