News for everyone, delivered to everyone
Lake Nokomis ice carousel brings neighbors together 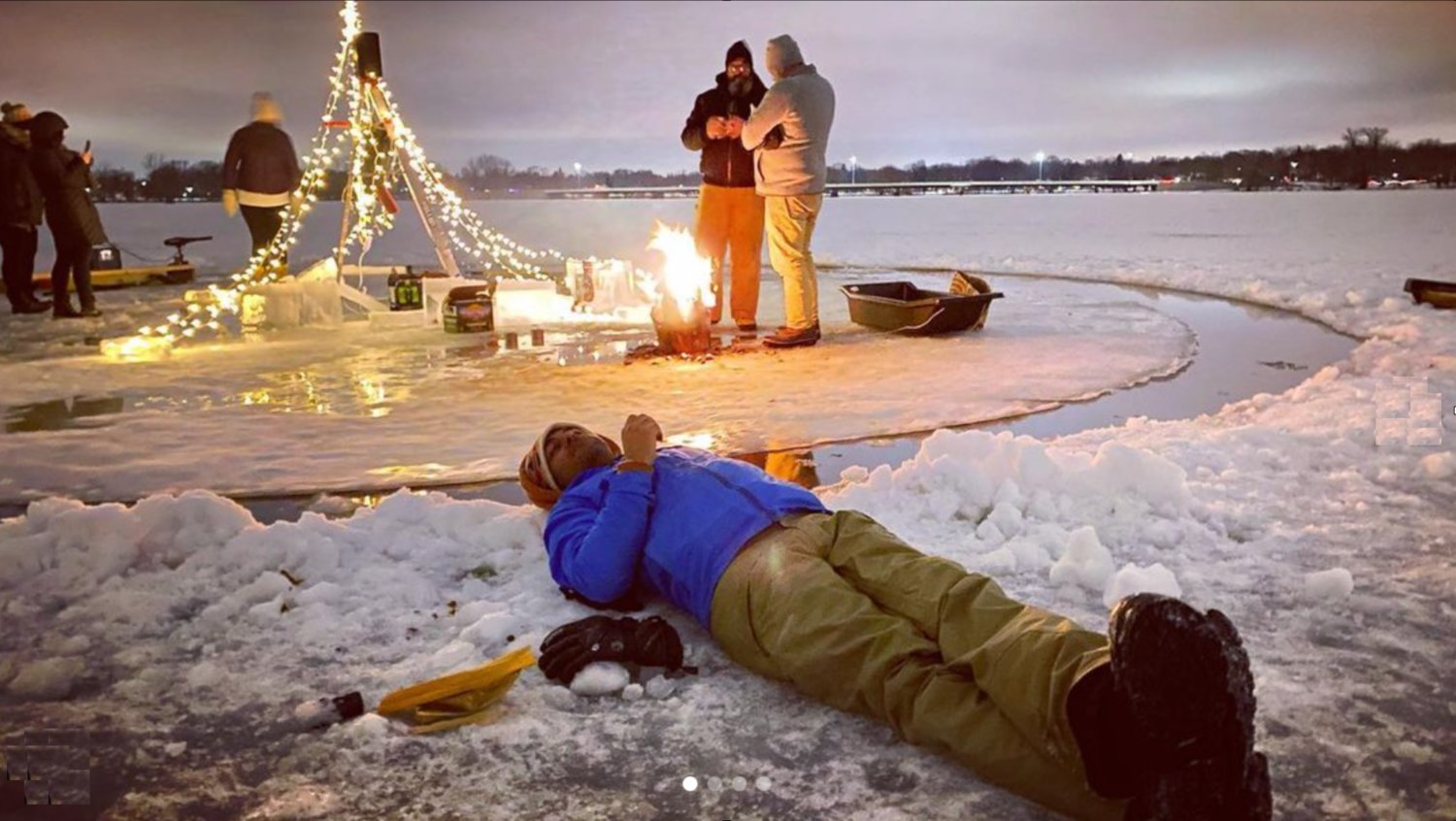 The ice carousel on Lake Nokomis brought the community together outside. "It's a small gesture, but from my vantage point, it had a big impact on the local community," said Ben Younan, who designed it. (Photo by Mimi Schirber) 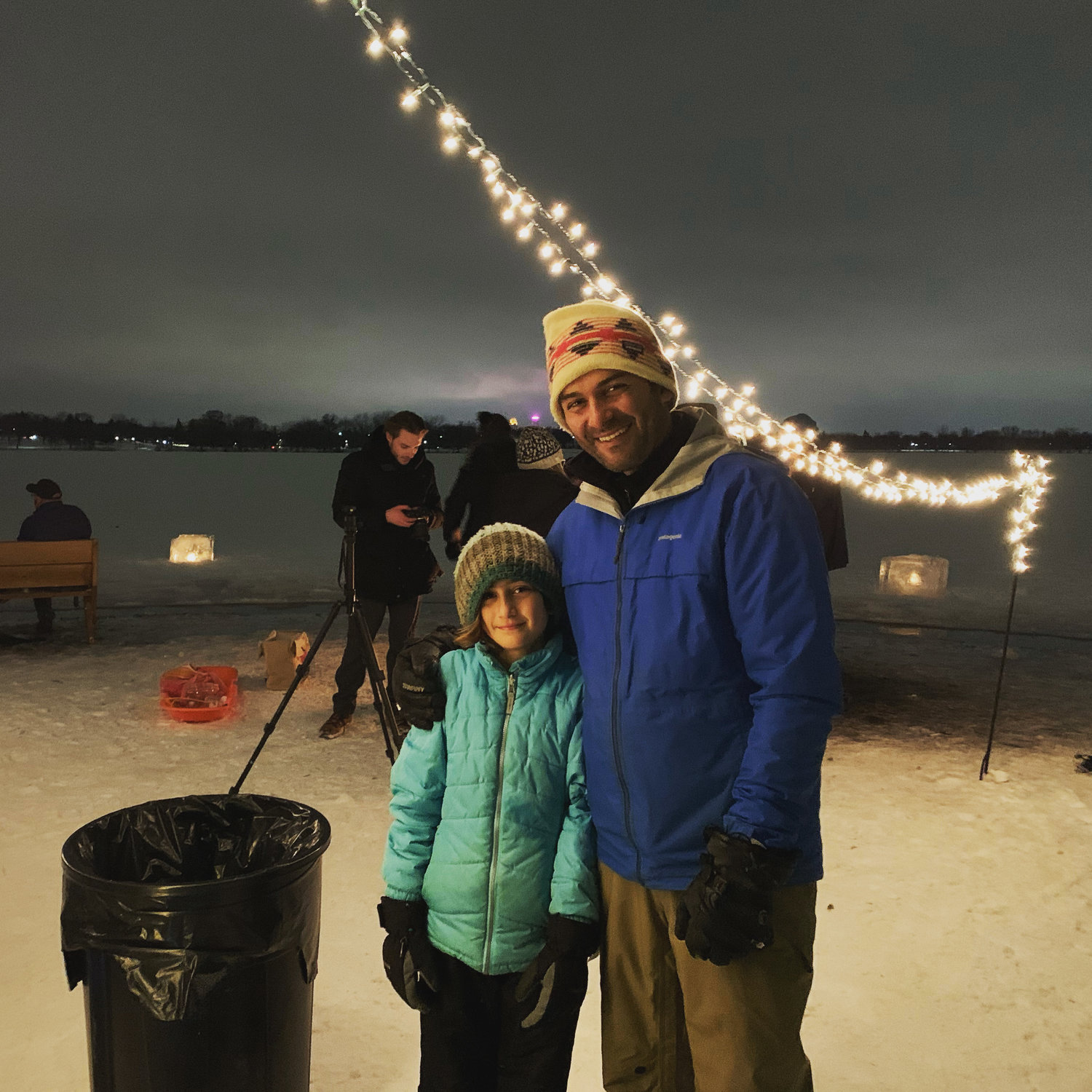 Ben Younan and his daughter Sofia enjoy an evening out on the ice carousel before it froze back up.( Photo by Nora Dahlgren) 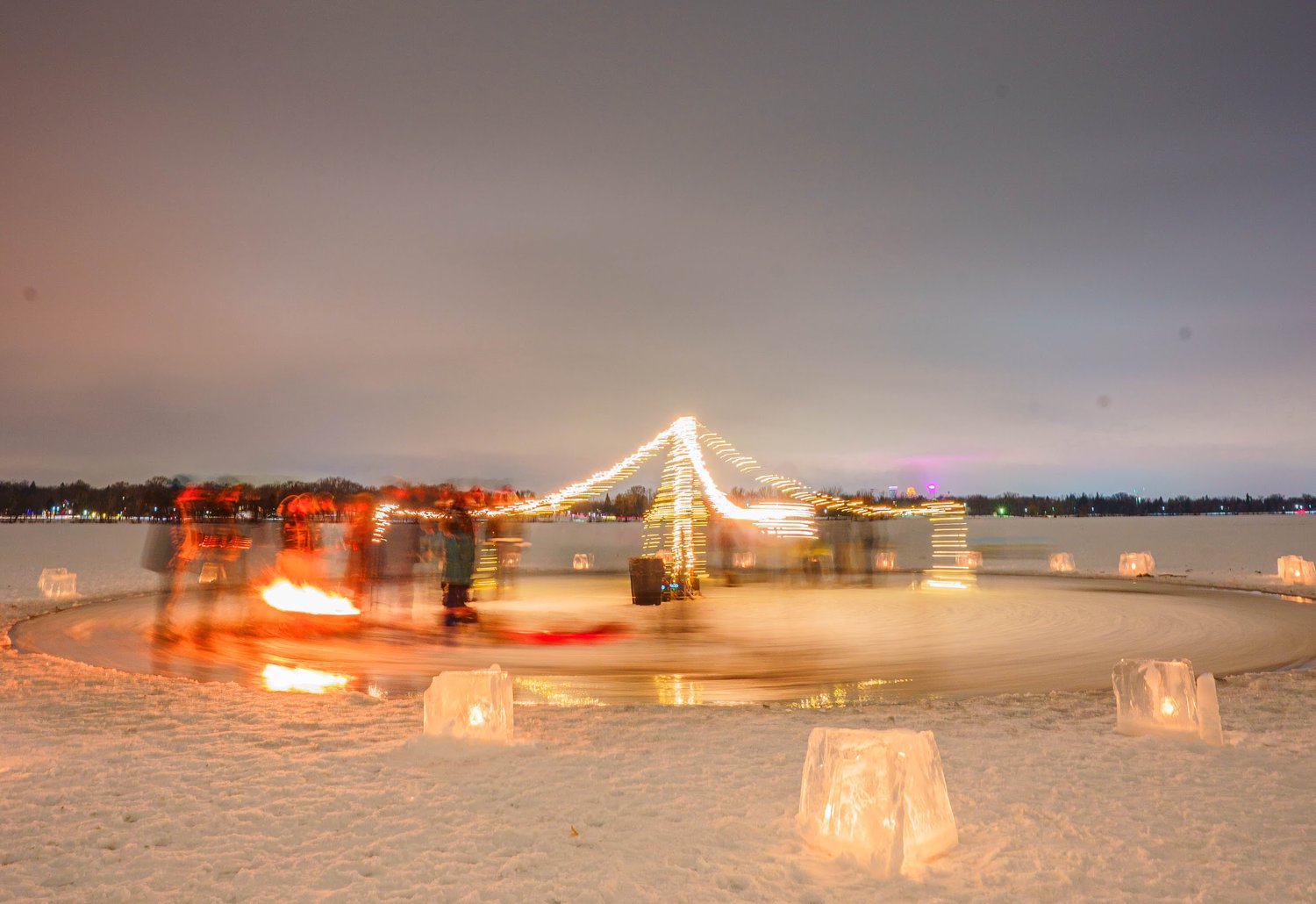 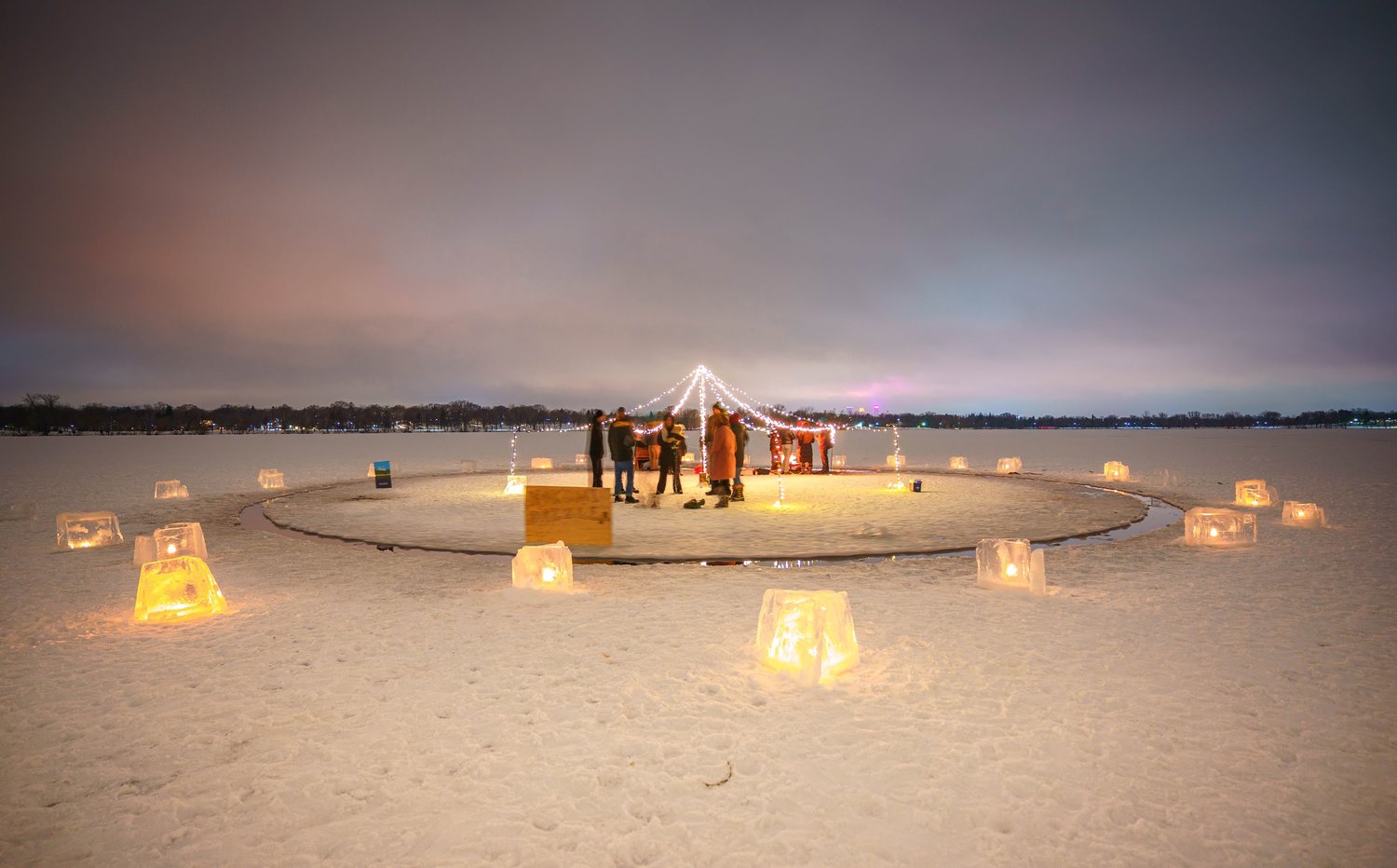 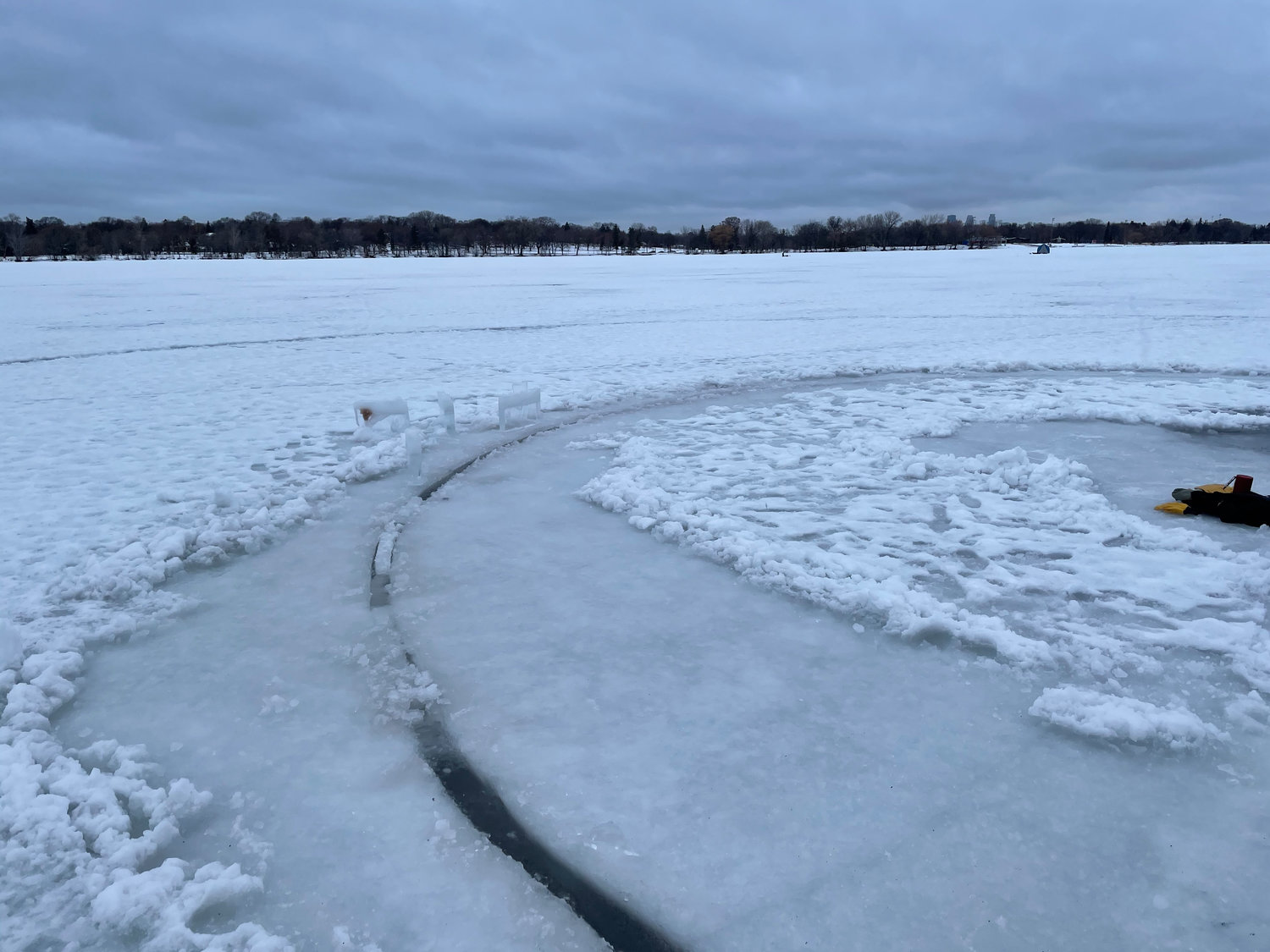 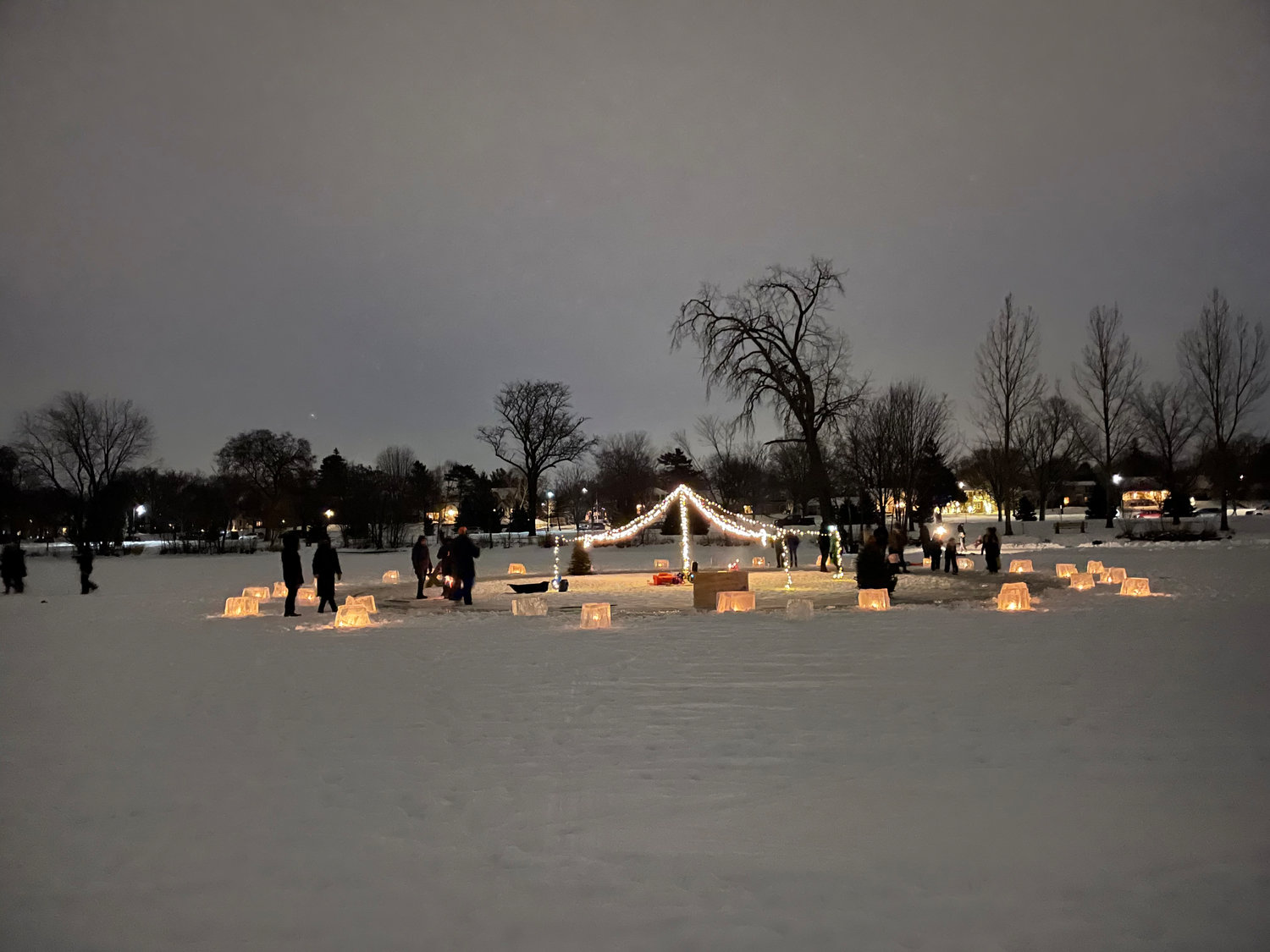 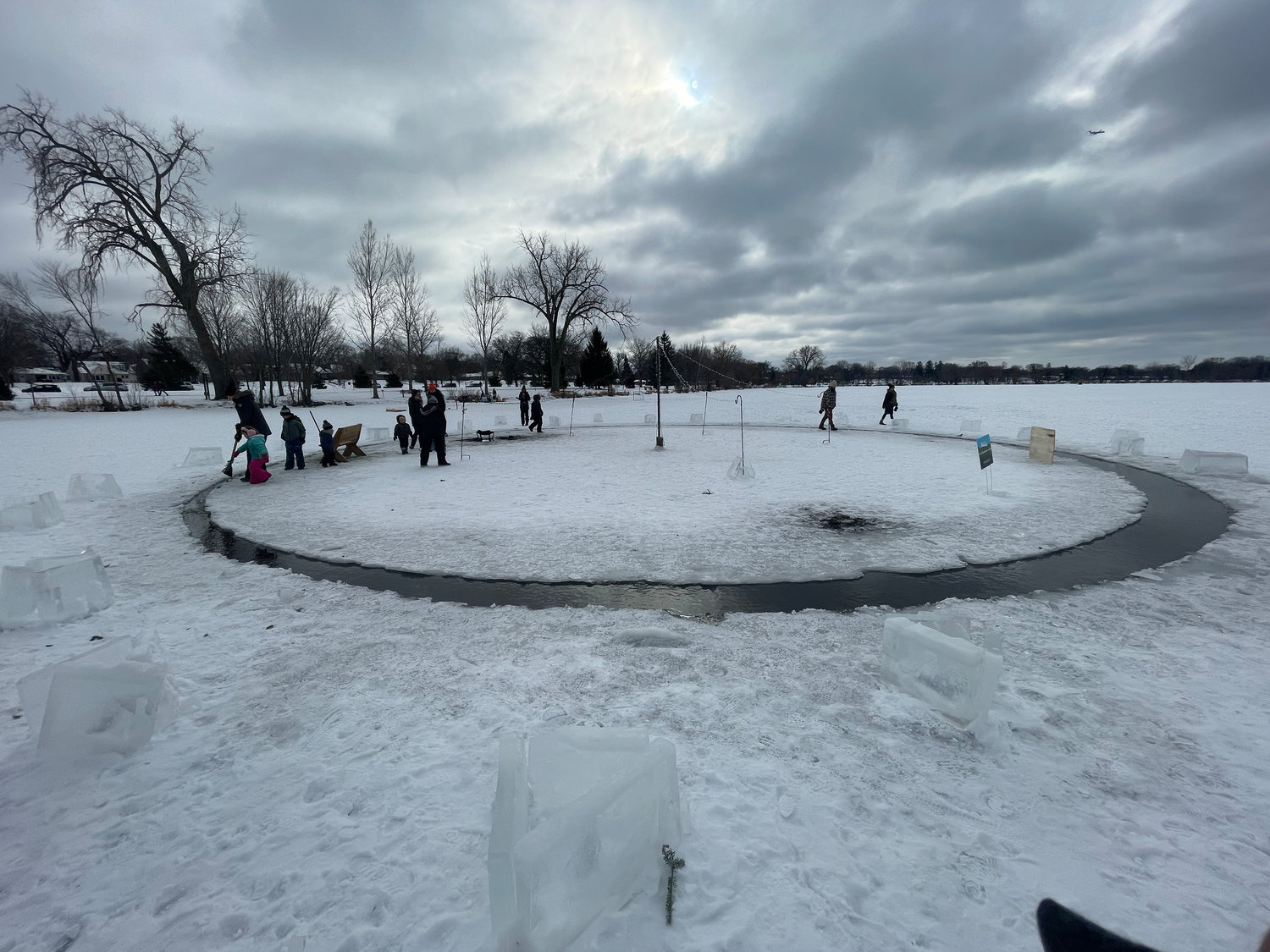 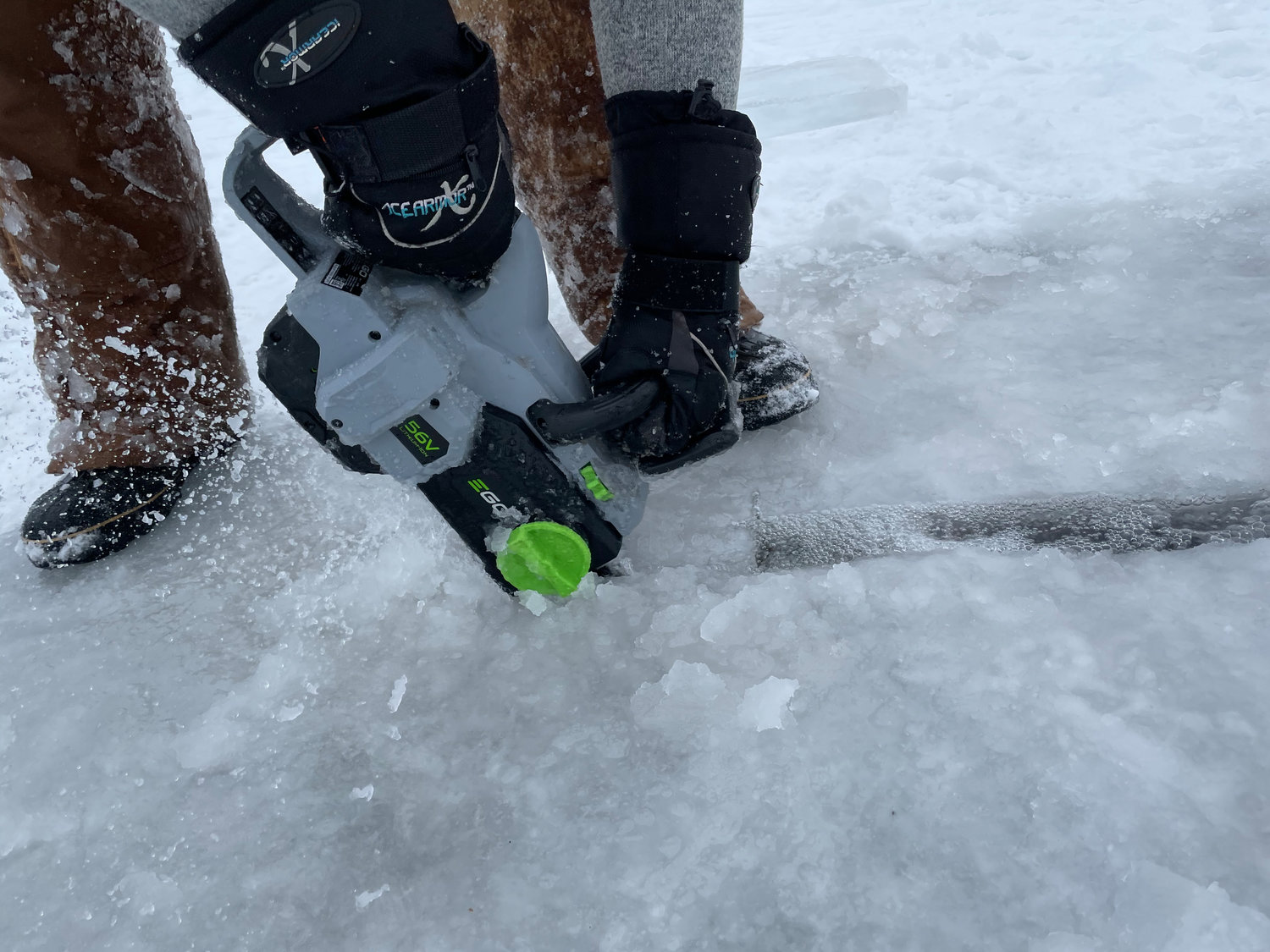 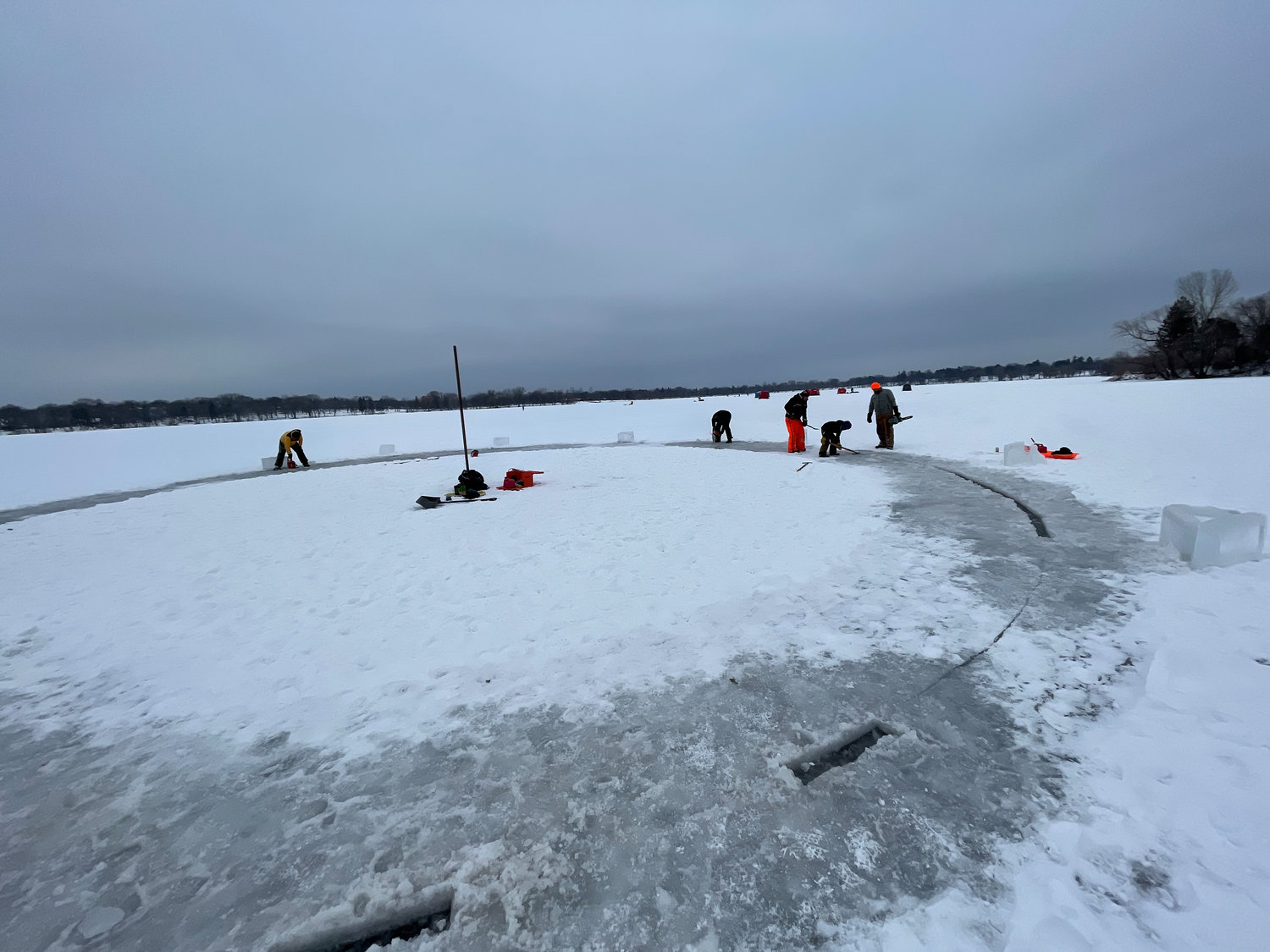 In the darkest time of the year, an ice carousel brought magic to Lake Nokomis.
Fashioned by Ben Younan with help from others, the ice carousel was located just beyond the Little Free Ice Rink on the east side of the lake near 54th and Woodlawn, south of the rocky point.
“The atmosphere was magical!” said Younan. “We had people from all over come out to see what was going on and say hello. Passersby, old friends, new neighbors, and anyone else interested.”
He added, “There was a guy who came to help who had relocated to Minnesota during the pandemic and hadn’t found any good opportunities to meet people. He ended up coming out for most of the days we were out, joining in broomball, set-up and clean up, and now we’ve become friends.”
Younan, who is a local real estate agent with his own boutique agency, ToFT Realty, posted a couple of photos on social media, and it spread from there as many others posted images, too. There were actually two carousels, one on Jan. 15 and the other, larger one, on Jan. 28-31.
“The whole spirit of the project was to make people smile.  Everyone was welcome, everyone was happy.
"I know there were several political opinions present but there was something visceral and human that brought us together. I think that’s what I love about Minnesotans so much: we embrace the winter, and work with the natural elements to make life here not only tolerable, but wonderful.
“What we can do is only limited by our imaginations. It’s really a great way to live.”

Little Free Ice Rink
Younan has been a resident of South Minneapolis for 10 years, and moved to East Nokomis in the summer of 2020 to be closer to the lake and enjoy the visual space of the city’s lakes and parks.
“I have loved getting to know the neighbors and coming together on projects outside.  Being so close to nature and green spaces has been amazing,” said Younan.
They had a backyard rink in the past, and opted to create one on the lake itself this year with a few neighbors. Younan spent most of winter break out on the lake working with pumps, buckets and an electric generator trying to engineer a workable system to prep and maintain the ice.
One afternoon, as he was prepping water holes for the Little Free Ice Rink with an electric chainsaw, Younan observed the large blocks of ice floating in the holes they’d made for pulling out the water.
“It dawned on me that we could make blocks on a bigger scale,” said Younan. “I had also been inspired by the efforts of the folks up in Little Falls after they set the world record for the largest carousel a couple years back. I mentioned it to a few friends and a couple of the crazy ones said they’d be up to help.”

All ages joined in
It was a neighborhood – and a family – project. Thirteen-year-old Aiden (a student at Sanford Middle School) helped his father crunch numbers where geometry and algebra were needed. “Our math estimated the carousel was eight tons!” remarked Younan.
Ten-year-old Sofia (a student at Dowling Urban Environmental School) helped pull out the ice blocks and welcomed other kids. This winter the father-daughter duo also slept in a quinzee in their front yard when the overnight low was -20º.
Ben’s partner, Amber Blom Younan, who runs a private practice in mediation, conflict coaching, and circle facilitation, put together the beautiful light tree and luminaries that lit up the space.
Broomball was a huge hit this year, as well. One Friday night they put together a neighborhood tournament with teams and brackets.

Exhausting, but worth it
The work of creating the ice carousel began with a lot of careful planning, focusing on efficiency and safety.
They needed to make sure the thickness of the ice was adequate, but not too thick that their saws wouldn’t reach through to the water.
The other big decision was figuring out what size to make it. The first one was 35 feet in diameter and the second one was 60 feet.
“To begin, we stake a center spot, attach a static rope, and mark the circle by etching in the snow,” explained Younan. “We then have to clear the snow and mark the circle again by etching in the ice. From there we begin cutting that first line with saws. The cutting gets quite sloppy because once we hit water, we’re constantly sprayed with a generous stream of lake water and ice all over our hands and legs. It ends up being so ridiculous; once we go numb it’s sort of laughable.
“Next we cut another circle about two feet outside the first line so that we can remove small pieces at a time.  Once we cut two circles two feet apart clear around, we’re ready to start spinning.
“It’s exhausting work, but worth the effort in the end. “
Will there be another carousel on Lake Nokomis?
“Yes, I think so,” said Younan. “There have been so many people asking us to do it again. It’s a tremendous amount of work but now that we’ve pulled it off, there are others willing to help.”

Small gesture, big impact
Younan is grateful for all the people who helped, contributing their part to the group effort.
“This was all about community. Yes, it’s been a hell of a year with all the things that have happened. So much pain and numbness this year. Making a silly circle in the ice was certainly more than the project itself,” observed Younan. “It was about giving people the opportunity to take a break from the screens and the news and re-discover some of what our wonderful city has to offer.
“It’s a small gesture, but from my vantage point, it had a big impact on the local community.”