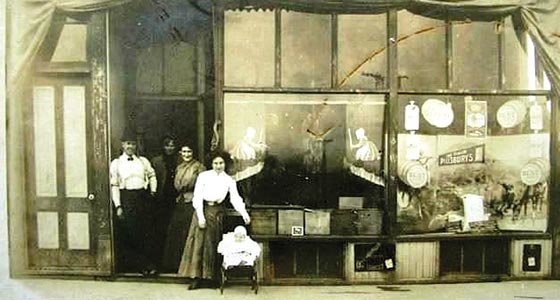 Joel Ahlstrom envisions a store that will resemble the one his grandfather once ran years ago at 2700 17th Ave. S. in Minneapolis. Recently, he came across a photo of his grandparents in front of that store, with his father in a stroller (above).

Having been in the business for more than 50 years, Joel Ahlstrom knows something about groceries. And now he wants to bring that experience to the Longfellow area as he plans to open Riverside Market, an old-fashioned grocery that emphasizes service, at 3815 East Lake Street.

Describing his plans to the Neighborhood Development Committee of the Longfellow Community Council (LCC) at a meeting March 12, Ahlstrom said he has been working on this project for four years, although the dream has been there longer.

He operated the Riverside Market on Franklin Avenue for 19 years and currently owns a store by the same name in Isanti.

“There is a need for a store in this area,” he said. “It’s kind of a vacuum, and I think I know what people are looking for, and it is not Rainbow or Cub.” He said his idea for a grocery is to build one that has character.

His store will feature wooden floors and cases finished with wood. Shelving will reach to the ceiling, as it did in stores of yesteryear. He plans to put old-fashioned packaging from early companies in Minnesota, such as Pillsbury, Hormel and Land O’ Lakes, on the top shelves. The shelves that are reachable by customers will contain a full line of products, including natural foods.

“The most important thing is that we are going to have exactly what people want,” Ahlstrom said. “I have learned that people will tell you what they want. Every neighborhood is different, but I listen to customer requests.”

He envisions a store that will resemble the one his grandfather once ran years ago at 2700 17th Ave. S. “I came across a photo of my grandparents in front of that store, with my father in a stroller,” Ahlstrom said. He said he found the picture a little over two years ago and had not realized it existed.

He said the employees will be dressed in old-fashioned style, with men in white shirts, bow ties and garters on their sleeves and the women in white blouses. He also hopes to have a dress-up day once a month, in which customers can wear fashions from the 1800s.

Saturday mornings will bring crafts to the store, butter-churning or candle-making. Barbershop quartets will perform, and even piped-in music will play songs from the 1920s.

There will be a full bakery and deli. Ahlstrom said he is bringing in the best produce person and best butcher that he has met in his 51 years of grocery business. “The stores are as good as the people who work in them,” he said.

But although the store will replicate the style of businesses from the early 1900s, it will be thoroughly up to date in meeting today’s standards.

“We will meet or exceed the green energy codes,” said architect Mike Mularoni. The entire block between 38th and 39th Avenues will be used for Riverside Market. The former Peterson Machinery building will be renovated and house the new store. Mularoni said he plans to keep many of the original features in the building. The remaining buildings on the block will be removed.

There will be 14,000 square feet on the main floor of the building. The front of the store will feature windows, and passersby will be able to look in and see employees at work in the deli and the bakery. The architect said there will be 46 parking spaces in addition to parking on Lake Street. The 46 spaces include 14 additional spaces gained after an existing house will be razed.

Mularoni said the City Planning and Economic Department (CPED) had a lot of input on the site and street for the store. He and Ahlstrom waited until they knew everything was in place for the project to bring it to the LCC for its endorsement and some help with funding.

The project’s total cost is $4.5 million, with the majority of funding through bank loans which are expected to close by April 15. There is a remaining gap of $180,000, which they hope to fill through community loans.

“We have $150,000 of that,” Mularoni said. The Neighborhood Development Committee agreed to send a letter of support to the LCC, and will work on developing a scope of service to work with Riverside Market on the $30,000 in funding that is needed.

Ahlstrom said a market survey done on putting a grocery store in the Longfellow area resulted in incredible numbers.

“And because we are in an urban area, it won’t increase the traffic count enough to be measurable,” Mularoni added.

“It’s going to be a store the neighborhood can be proud of,” Ahlstrom assured. He said he wanted to prevent grocery shopping from being a hassle and instead make it something people look forward to.

“I don’t ever want to retire,” he said. “I love what I do. And this grocery store is going to be as fun as it possibly could be.”

World's Most Expensive Sneakers Will Order Your Pizza

Better Immunity is Just a Spray Away 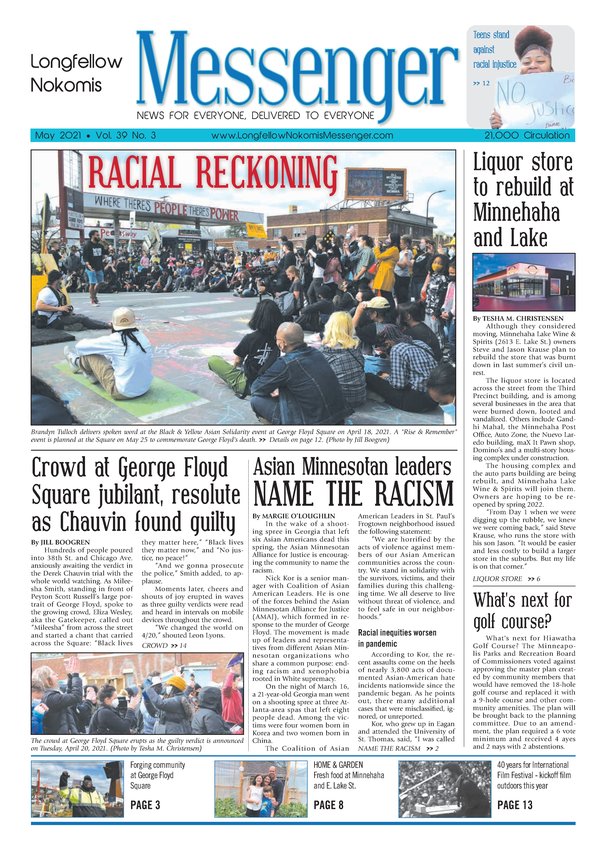