Poor governance to bring new toxicity to the ‘Arsenic Triangle’ 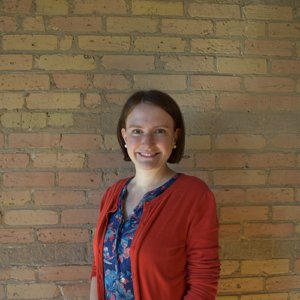 In the heart of Minneapolis’ Southside Green Zone, in an area nicknamed the “Arsenic Triangle,” East Phillips community members have vied – so far to no avail – to have a voice in a project with direct implications for their environmental health and economic opportunity.

The Hiawatha Campus Expansion Project would consolidate Public Works’ water distribution operations and employees from three different sites into one central location: the former Roof Depot site at E 28th St. and Hiawatha Ave. The original vision for the project dates back to 1991 and, thanks to a series of City Council and city agency decisions over the past five years, the site is nearing demolition in preparation for project construction.

We ask the city council to reconsider its decision to use the Roof Depot site for city operations, and to return the land to the East Phillips community. We make this request on the following grounds:

Environmental racism: Although the proposed project is expected to reduce overall greenhouse gas emissions in city operations, this would come at the direct expense of local environmental quality by increasing pollutants from traffic near this site. As a neighborhood that is 83% Black, Indigenous, and people of color, the East Phillips community would be expected to bear the brunt of the impact for the “greater good,” which is an unacceptable trade-off. Racism has recently been declared a public health emergency in Minneapolis. Knowingly increasing the amount of pollution in a neighborhood primarily populated by Native American, Latinx, East African and Black communities will only exacerbate this problem and demonstrate the hypocrisy of the city’s words.

Poor community engagement: Like any neighborhood, East Phillips is no monolith, and individual residents have differing perspectives on the value of the Hiawatha Campus Expansion Project. But, by almost any account, the project does not align with the stated needs or wants of the community, especially its historically disenfranchised populations of lower-income and underemployed households, Indigenous people, and people of color. Even in notes recorded by the city from community meetings, repeated patterns of marginalization emerge: sidelining requests to use part of the site for local food production, affordable housing, and jobs training; prioritizing the needs of Public Works ahead of those of the neighborhood; and failing to respond to residents’ concerns about traffic congestion and pollution on and near the site.

New conditions demanding community-led planning, affordable housing, and business development: In the wake of George Floyd’s death and throughout the COVID-19 pandemic, the East Phillips neighborhood has been home to uprising, destruction of property, and loss of revenue, income, and employment. The Roof Depot site offers a space for businesses to reopen during the reconstruction phase, support community needs for food and job training, and respond to the evolving needs as residents deal with economic fallout.

The ability for Public Works to explore alternative project sites: The city’s choice to locate the project in the East Phillips neighborhood limits options available to residents to develop their vision for a local community center that promotes sustainable food production, job training, affordable housing, and business development. Public Works has a larger geography to choose from but has chosen to invest there at the expense of community-driven plans. This is unfortunate, as this site could be championed as a step toward realizing the City’s Green Zone initiatives, and instead is moving forward in a business-as-usual mindset.

At this pivotal moment I am writing to ask Messenger readers to raise awareness, challenge council members, and think critically about the implications of the Hiawatha Campus Expansion Project for equity, sustainability, environmental racism, and environmental justice in our city.

My personal connection to Ukraine