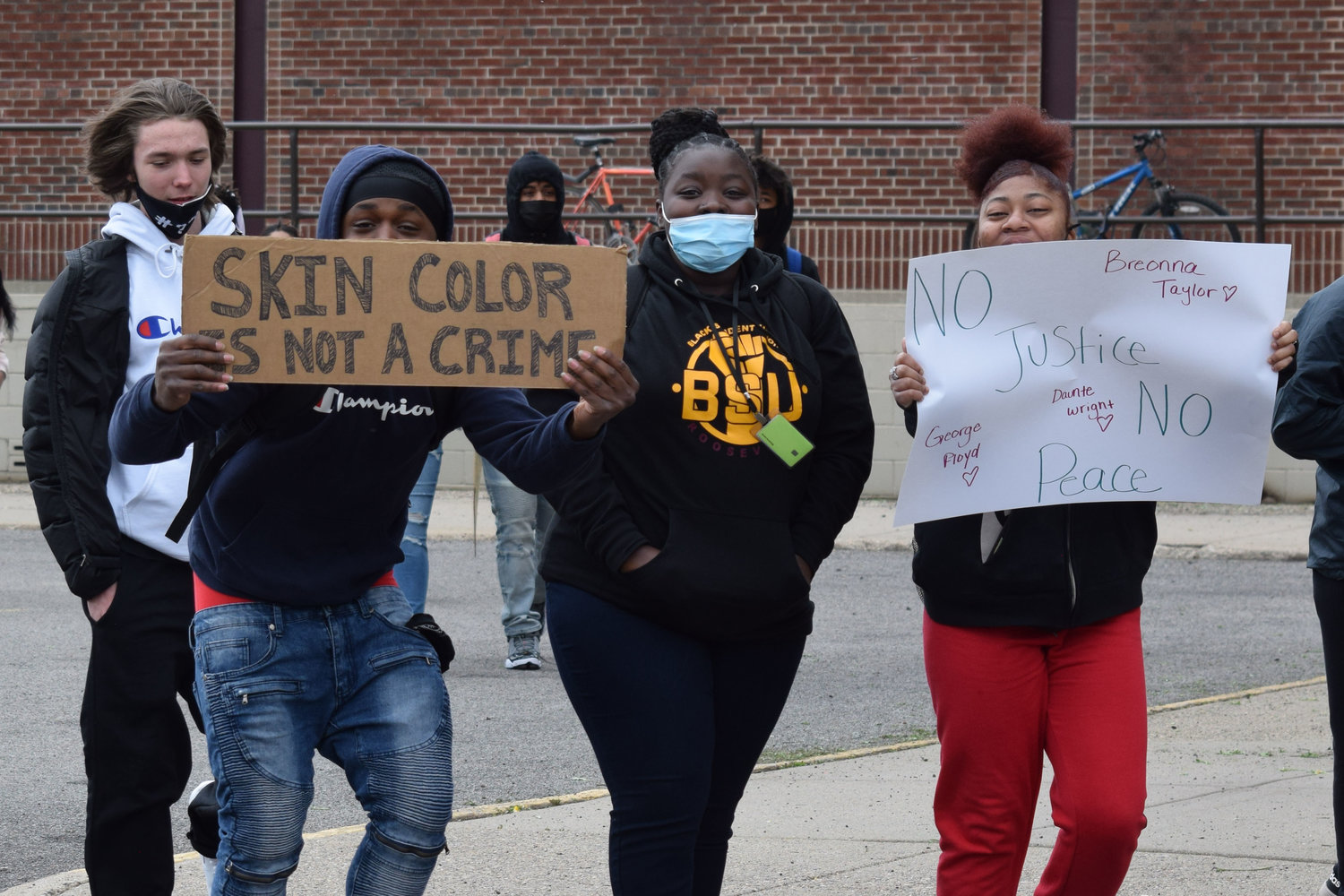 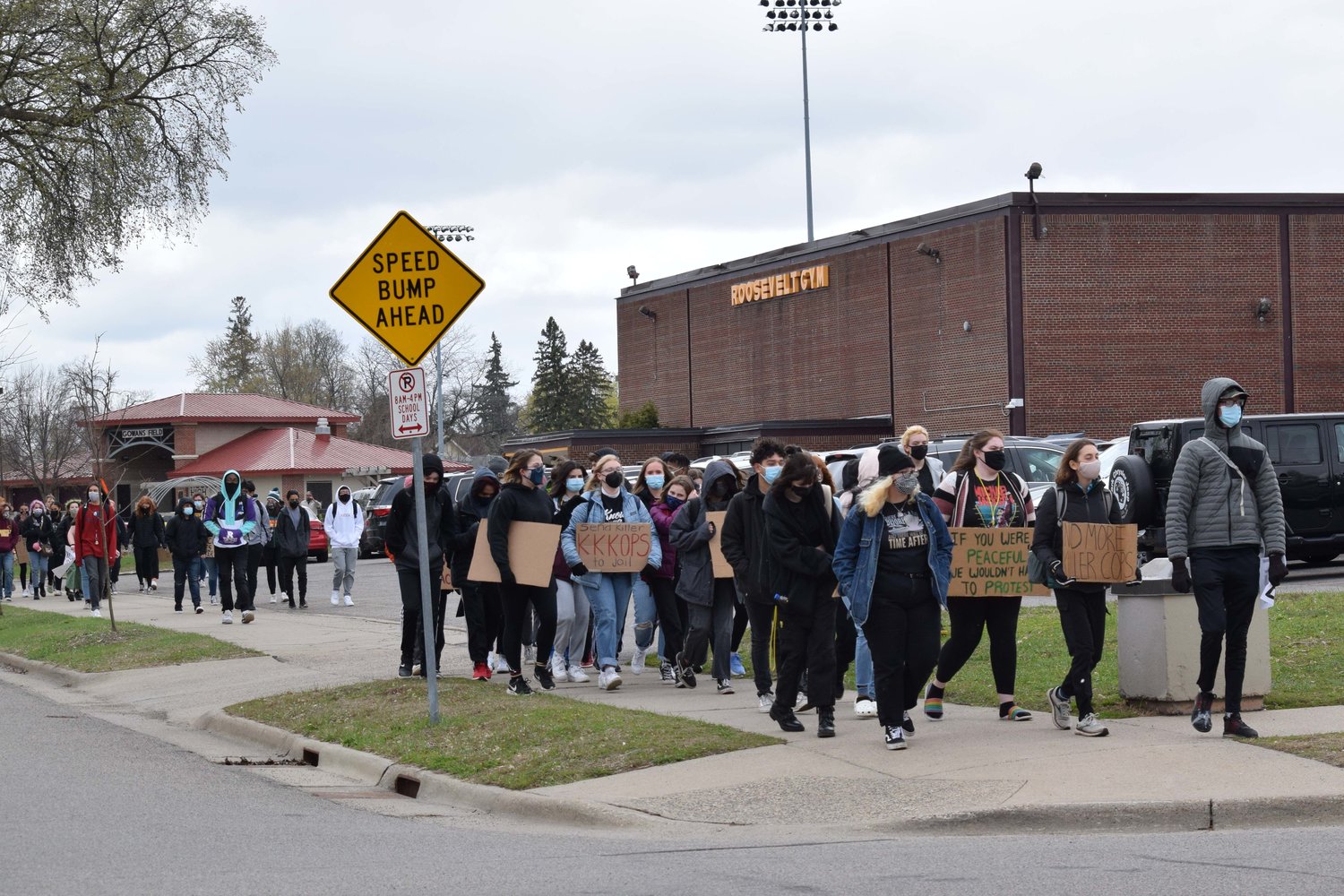 Roosevelt High School students joined a statewide walkout to stand against racial injustice on April 19, the day closing arguments were given in the Derek Chauvin trial. Participants took the light rail train to the U.S. Bank stadium, where they joined with other students downtown. The walkout was organized by Minnesota Teen Activists @mnteenactivists. (Photo by Jill Boogren)