‘A Picture Gallery of the Soul’ exhibit at the Katherine E. Nash Gallery through Dec. 10 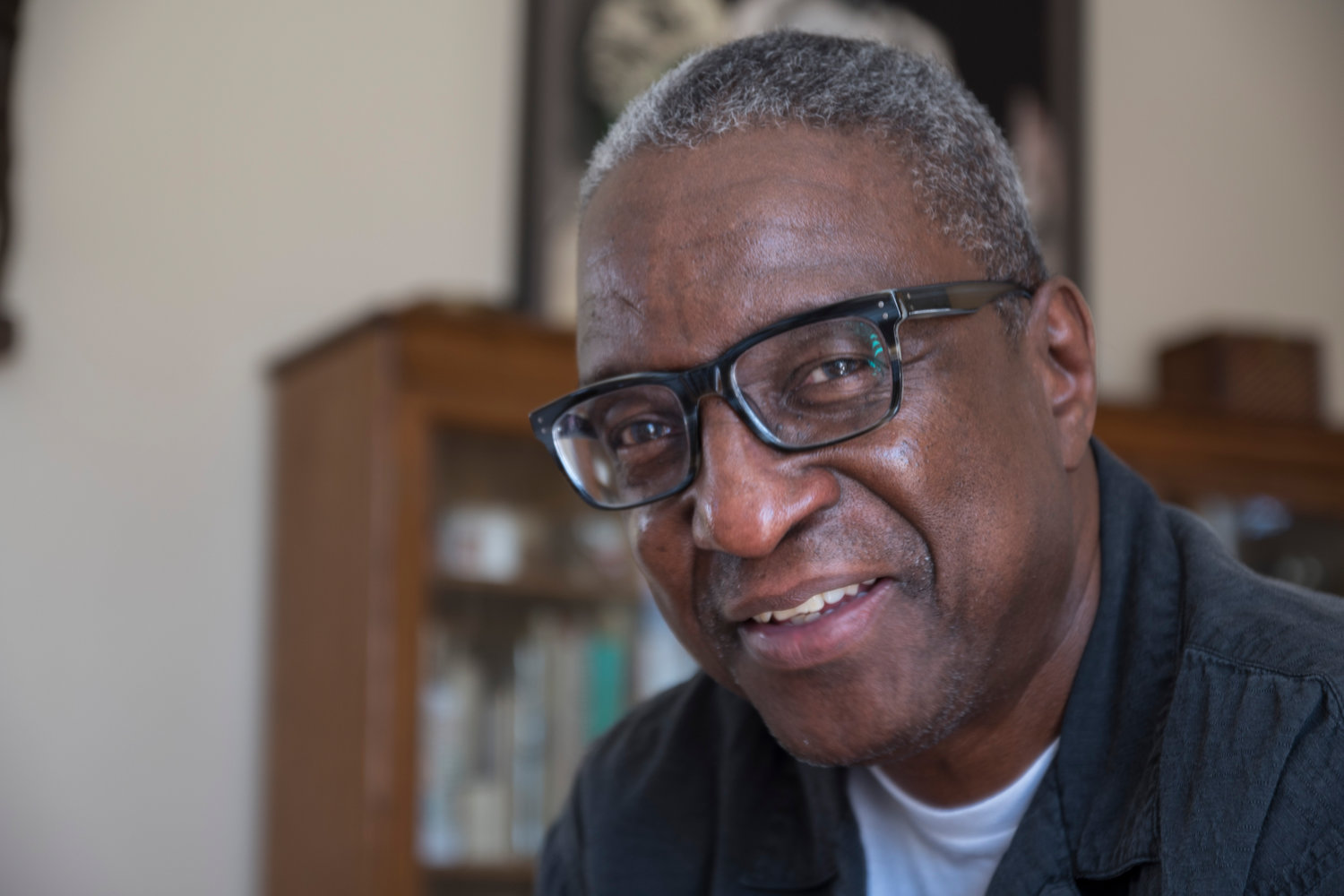 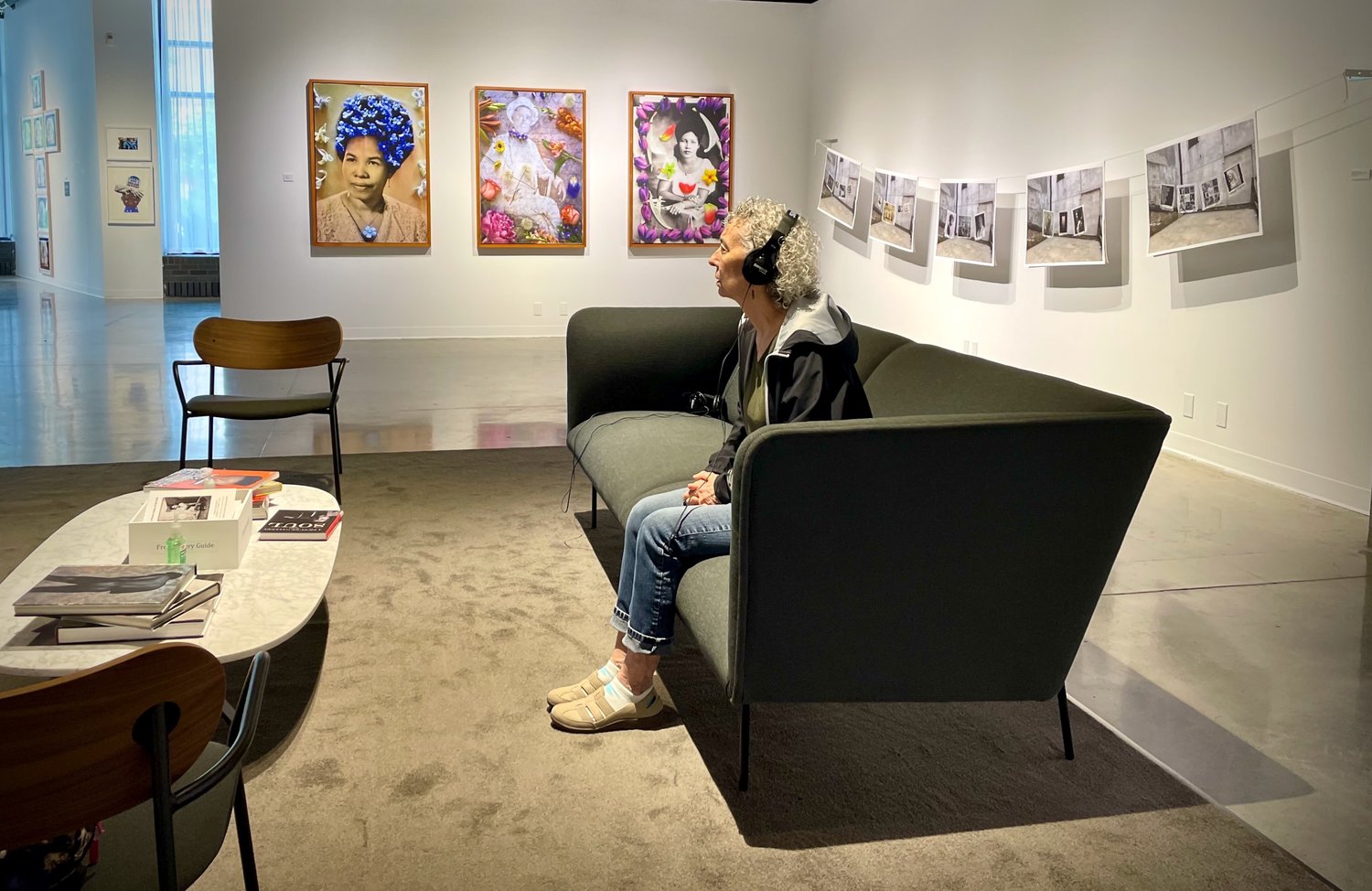 St. Paul resident, Robin Warshaw, enjoys the soundscape of "A Picture Gallery of the Soul" exhibit at the Katherine E. Nash Gallery on the University of Minnesota Campus West Bank. It runs through Dec. 10 and is free. (Photo by Susan Schaefer) 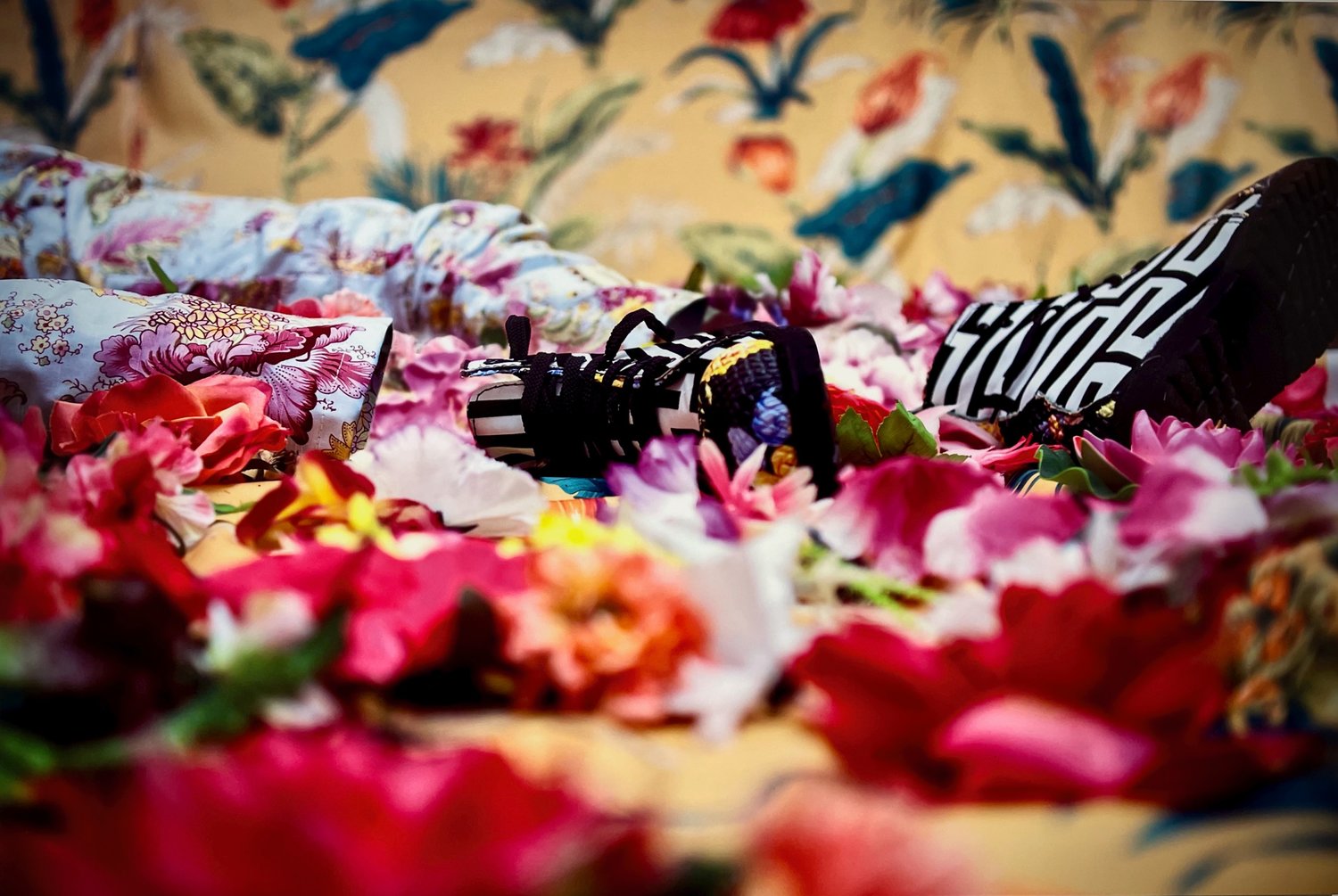 Ebony Patterson’s "From the corner of my eye." (Photo by Susan Schaefer) 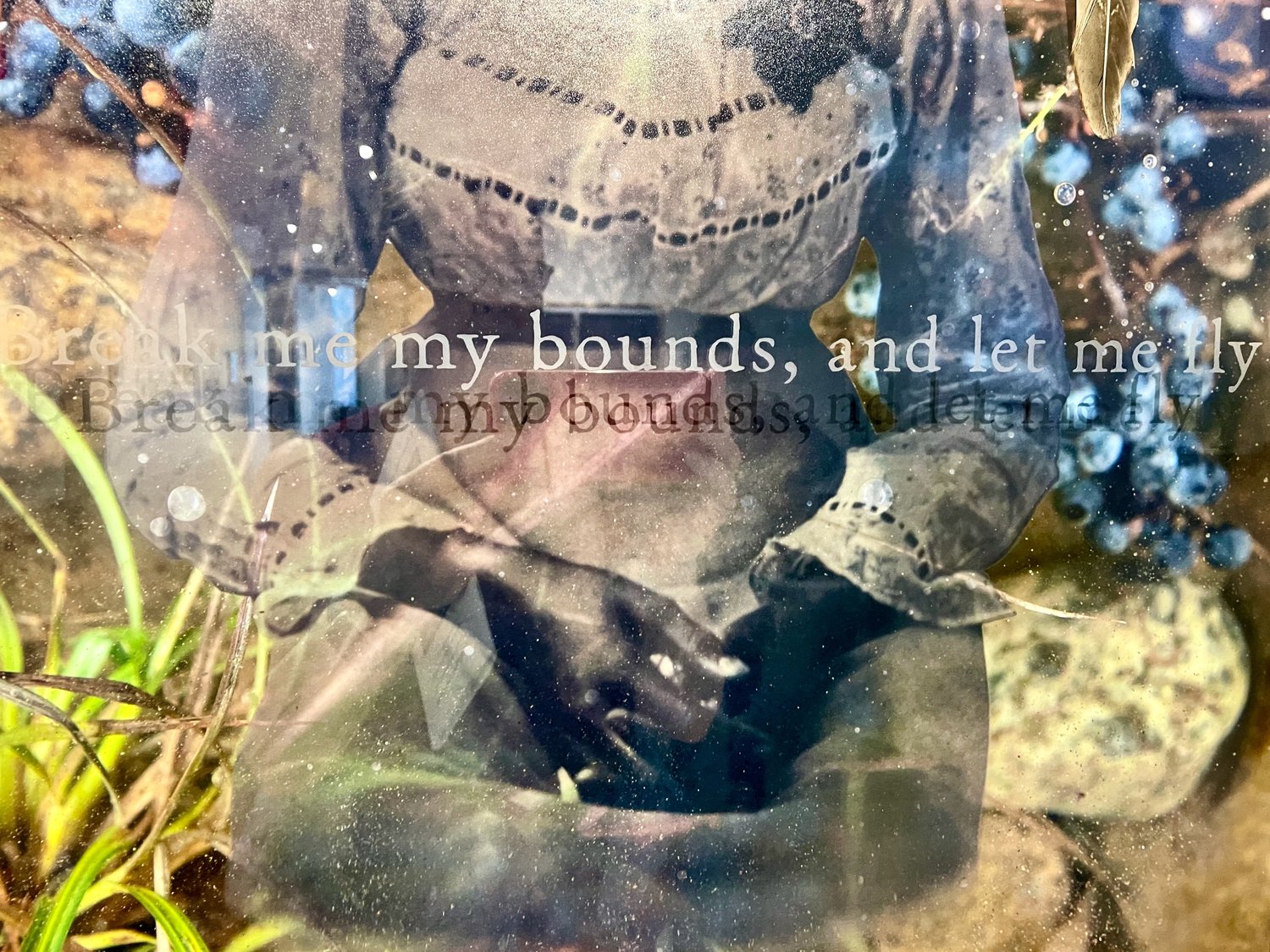 Detail from Daesha Devón Harris’ "The work, I do not need Freedom when I’m dead. I cannot live on tomorrow’s bread." (Photo by Susan Schaefer) 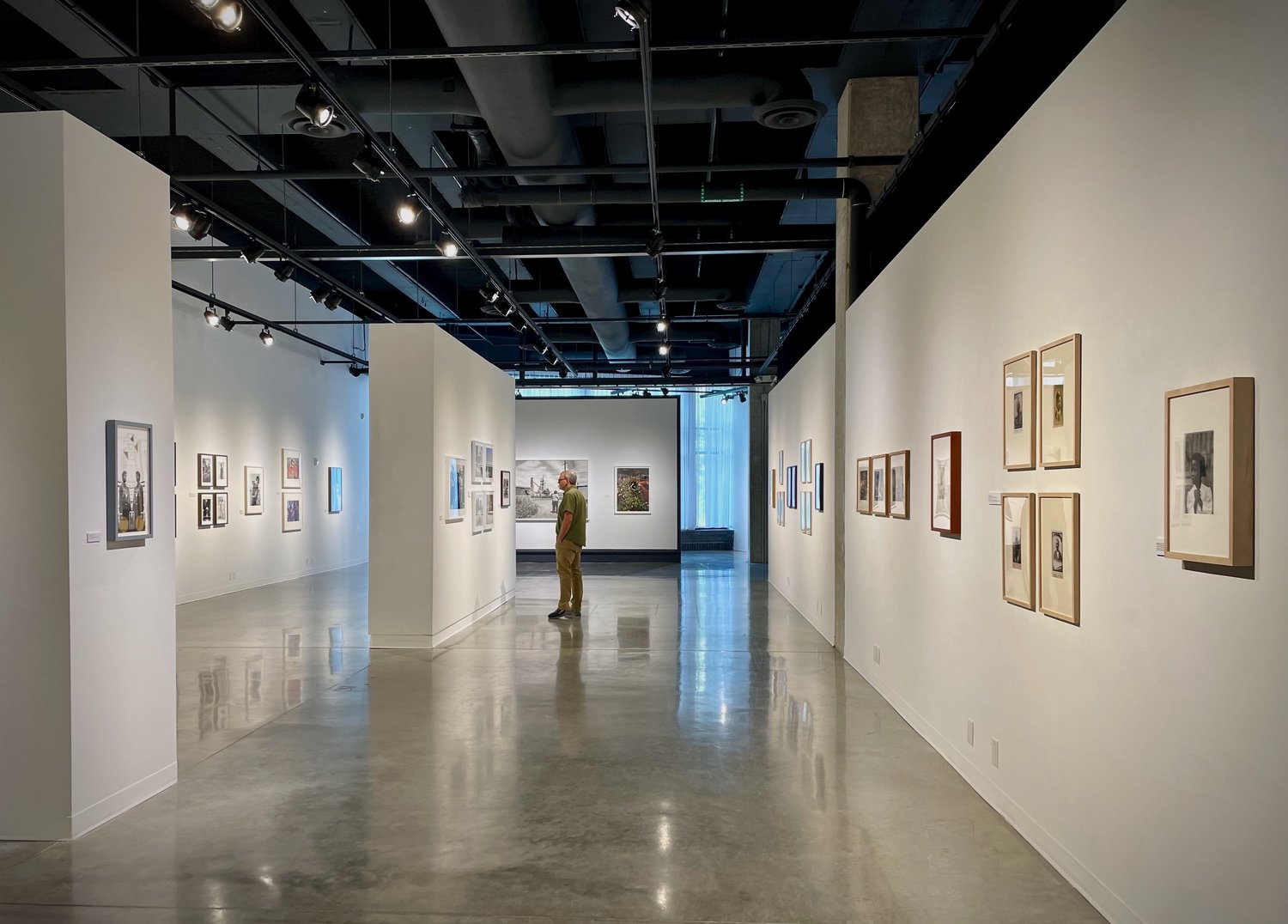 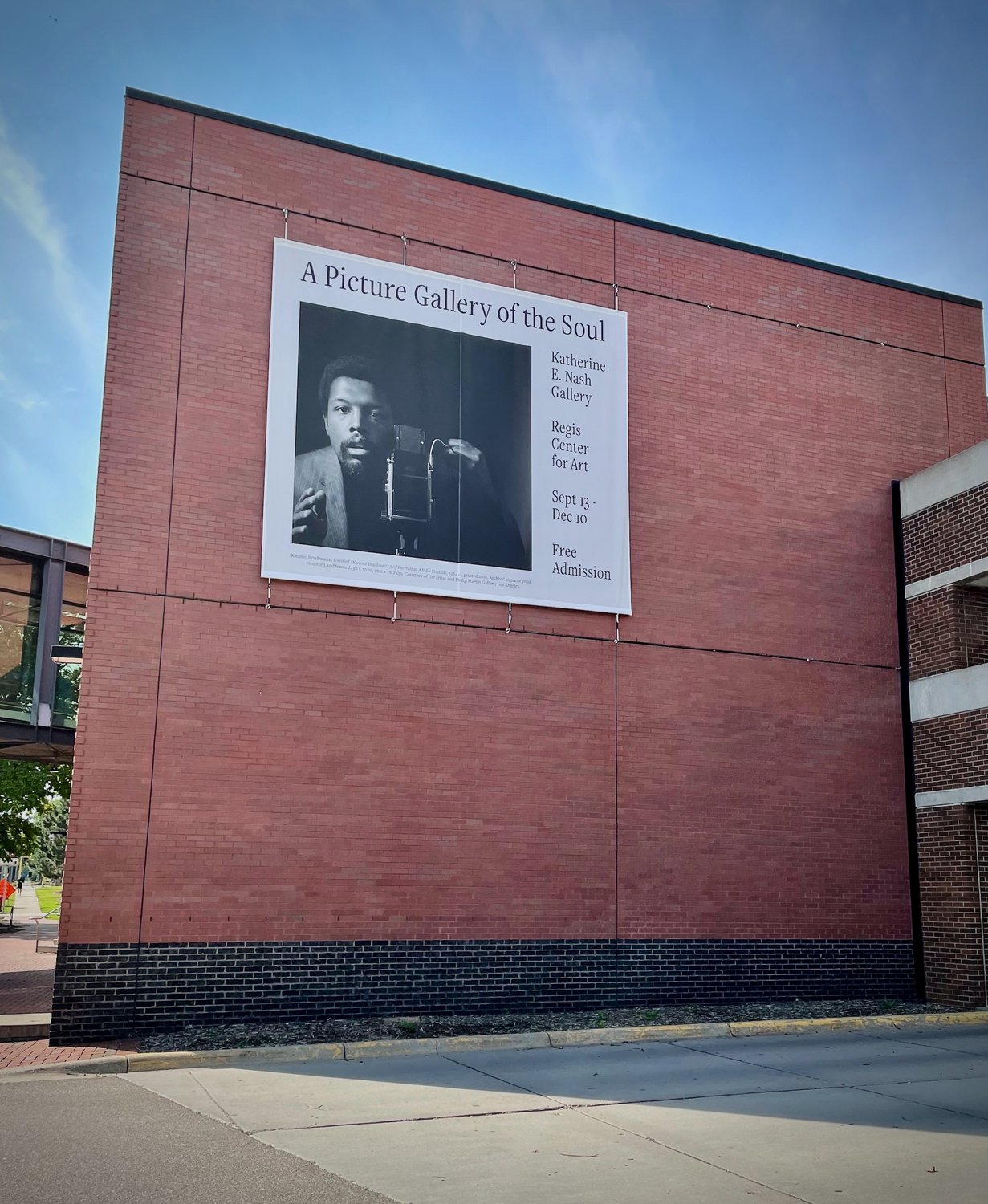 "A Picture Gallery of the Soul" features the work of over 100 Black American artists. It continues through Dec. 10, 2022. (Photo by Susan Schaefer) 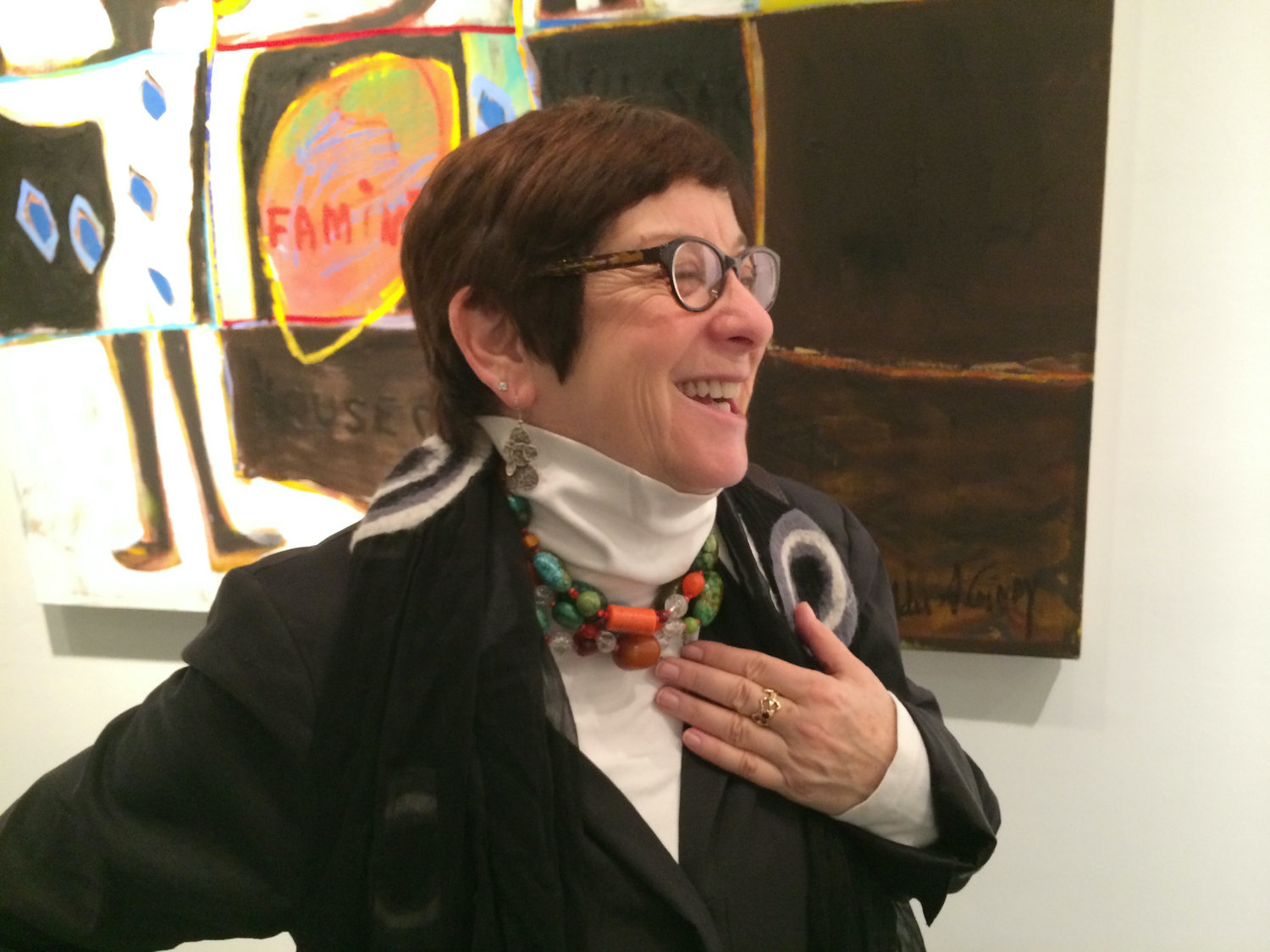 Operated by the Department of Art, Nash Gallery exhibits are free and open to the public. “A Picture Gallery of the Soul” runs from Sept. 13 – Dec. 10, 2022

Access the gallery via the Regis Center for Art main entrance.

There is limited on-street metered parking. A convenient parking garage is located directly across the street, and the gallery is accessible by Light Rail Line’s West Bank stop.

Something under the hood is not immediately apparent or obvious. This column will uncover stories that span the neighborhoods covered by TMC Publications. Susan Schaefer is a widely published independent journalist, creative writer, and poet. Her articles appear in the Minneapolis Star Tribune, PBS’ online magazine, Next Avenue, Next Tribe, and beyond. She was columnist and features writer for Minneapolis’ Southwest Journal and Minnesota Good Age magazine.

A showstopper exhibition
When cooler temps and shorter days signal the Fall Arts Season in the metro area, there are many cultural activities competing for attention. As always, this column strives to undercover the oft-hidden gems, and their backstories.
One such treasure is “A Picture Gallery of the Soul,” the current exhibition at the Katherine E. Nash Gallery located on the University of Minnesota Campus West Bank, running through Dec.10, 2022. Featuring the work of over 100 Black American artists, “A Picture Gallery of the Soul,” “honors, celebrates, investigates, and interprets Black history, culture, and politics in the United States from the 19th, 20th, and 21st centuries.”
This exhibit is an indisputable showstopper, as is the story of noted art collector and south Minneapolis resident, Herman J. Milligan, Jr., who with Nash Gallery Director Howard Oransky co-curated the exhibition that has been eight years in the making.

Bringing a concept to fruition
Oransky explains that the project began in 2014 with an email from his UMN Art Department colleague, Jim Gubernick, recommending the work of Louis Draper (whose 1968 gelatin silver print, “Girl and Cuba,” hangs prominently near the beginning of the show). Seeing Draper’s work sparked an idea to hold “a group exhibition of Black American artists who used photography at different times and in different ways.”
In 2016, Oransky invited Milligan to co-curate the project. The two are long-time colleagues, having traveled in the same art circles since the mid-1990s when Oransky was a staffer at the Walker Art Center, where they served together on the community advisory committee. In 2012, Oransky invited Milligan to curate a soundscape entitled “An Evening of Jazz” for the Minnesota Funk exhibition at the Nash.

Cool and sophisticated:
Meet Herman Milligan
Milligan is the irrefutable choice to merge a cool factor with the soul of this show. Which on the surface may seem incongruous: To many in the metro area, Milligan is highly regarded for his business and corporate credentials – well-known as a former senior executive at Norwest and then Wells Fargo; a project management expert in the financial service, non-profit, health care, and advertising industries; a consultant providing marketing research, competitive intelligence, and fundraising development services to an impressive array of clients – as well as for his legendary reputation for non-profit board service.
However, under his business banner flies the soul of one cool cat who is conversant not only in the jazz, art and photography, but in academics, as well.
As a teen growing up in Trenton, N.J., Milligan was on his way as a performing artist, smitten with music, playing the clarinet in his junior high school band and singing in the school, church and Mercer County choirs. Like many teens, young Milligan was concerned with being cool and hip. Back in those days, Trenton was alive with musical influences from both NYC and Philadelphia, and Milligan kept current with the latest and greatest sounds and dance steps from “American Bandstand” and the “Jerry Blavat” television shows.
When Milligan added academic notes to his repertoire, earning his Ph.D. in sociology at UMN, where he won a national fellowship in criminal deviance, he continued to hit the high notes playing tenor sax, which he had studied in Cambridge, Mass. at the New England Conservatory of Music.
Milligan loves to tell an illuminating story about his musical background: He played tenor sax with the Cecil Taylor Black Music Ensemble at the University of Wisconsin, Madison, where he was a part of a group of Black students (and eventually White and other students of color) who went on strike for six weeks in 1969 to demand the establishment of Black Studies and other issues. As part of the group’s “13 Demands,” they brought the illustrious Cecil Taylor himself to teach in the School of Music!
But Milligan’s creative bent doesn’t end with his musicality. He learned photography from a friend who taught him the basics of darkroom development, exposure, and more. “I took pictures, developed them, and began going to museums and shows to learn more about the subject matter,” he reminisces.
When Milligan came to UMN for grad school, he continued studying photography in the fine arts department. A few years later, he joined a Photography Collective that was part of a group led by well-known Twin Citians, Seitu Jones and Ta-coumba Aiken. Together, they established an African American Culture Center in Minneapolis located at 31st and Nicollet Ave. that boasted a darkroom. “Many local photographers used the facilities. We held shows, lectures, and exhibitions in which I participated,” he remembers. “It was then I began to buy or trade prints with other photographers, as well as buying photography books.”
Through Milligan’s friend, Les Edwards, who was in the UMN MA Journalism program, he met the late Ted Hartwell, curator of photography at the Minneapolis Institute of Arts, who had an Open Door Policy. He explains: “I visited Hartwell to learn and see original prints in the collection by Walker Evans, Gordon Parks, Dorothea Lange, Edward Steichen, and more, and was introduced to local photographers.” Milligan was well on his way as art expert and collector.
Milligan’s multifaceted influence on this show cannot be understated: Scholarship, art and photographic expertise, and musical prowess.

“Rightly viewed, the whole soul of man is a sort of picture gallery….”
– Frederick Douglass

In the Preface to the exhibition catalogue Milligan explains the derivation of the show’s title from Frederick Douglass’ 1861 “Lecture on Pictures,” about the importance of photography, “an emerging art form at the time.”
“One hundred and sixty-one years after this important speech by Douglass,” writes Milligan, “the visual legacy of Black American experience is shown to be well-documented and explored by the artists in this exhibition, who have created compelling, beautifully executed and well-composed images.”

Aspects of the show
This quote is an understatement. There is a fierce and sometimes haunting quality to almost every image. Not only is the curation of images impeccable, the team responsible for the exhibition installation also deserves a standing ovation.
One powerful and stunning pair of images is “The work, I do not need Freedom when I’m dead. I cannot live on tomorrow’s bread,” 2017, by Daesha Devón Harris, which has a well-earned place at the entrance to the exhibit. The chromira prints in hardwood boxes with etched glass weave “historical imagery and text with found objects,” inspired by stories of the African diaspora.
From Milligan’s own collection, a digital print on aluminum by Ebony G Patterson, “From the corner of my eye, 2015,” evokes a tsunami of emotions as well as careful consideration. Do the colorful pants and shoes of the image belong to a boy or girl? Does the gender matter? Is the child resting on a couch or in a coffin? The shock of joyous, colorful patterns in this photo conflicts sharply with an innate knowledge of the violence faced by many Black youth. This work “is densely layered, in order to draw the viewer closer and to question how we engage in the act of looking.”
A pause from the intensity of “the act of looking” is available in a space set up living room-style, with stylish couches, chairs and coffee table, where visitors can don provided headphones and thumb through the show’s catalogue and other pertinent photography books while listening to Milligan’s superbly curated jazz soundscape.
In the nearby Quarter Gallery, viewers should visit the captivating Gordon Parks High School Student Projects display, available until Oct. 8, 2022
Indeed, one visit to the Nash Gallery may not suffice. This is an exhibit that invites one to return.