News for everyone, delivered to everyone
ELECTIONS

Who votes, who doesn’t and why 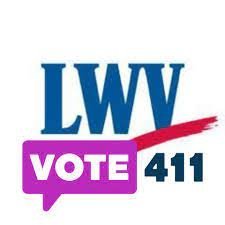 This is part of a series about the 2022 municipal elections by the League of Women Voters Minneapolis.
Recent Supreme Court rulings have exposed the reality that government representatives often don’t act in accordance with the will of the people. Polls indicate, for example, that Americans support access to abortion, yet the highest court in the land rescinded that right. So why the disconnect? It’s about voting –who votes, who doesn’t and why.
Among the pool of all eligible voters in the U.S., approximately 1 out of 3 did not vote in the 2020 Presidential election. The top reasons that these 77 million Americans did not vote were: 1) lack of interest in politics, 2) they didn’t like the candidates, and 3) they didn’t think their votes would matter. Those least likely to vote were under 34, Hispanic, less educated, unmarried and with lower incomes. Difficulty of voting was not identified as a major reason for not voting, but we know there are subgroups, such as those living with a disability or with logistical barriers (childcare, transportation) for whom voting can be challenging if not impossible.
Then there are the disenfranchised. Minnesota is one of 20 states in which anyone convicted of a felony is prohibited from voting until they have been discharged from their entire sentence, including any term of probation or supervised release which may include monetary restitution. As a result, 57,000 individuals (1.5% of Minnesota’s voting population) are denied the right to vote.
At the federal level, the most significant reason for the mismatch between Americans’ values and those of our elected officials is unequal representation in the Senate that gives smaller and less populous states more political clout. Because there are 2 senators elected per state, the 40 million people who live in the 22 smallest states get 44 senators to represent their interests, while the 40 million people in California get just two. More than half of all Americans live in nine states, giving them just 18 (out of 100) U.S. Senate seats.
However, in Minnesota, every vote for regional and state-wide offices, counts equally. And registering to vote is easy with mail-in, online, and same-day registration options. Elections are won and lost by very slim margins. If every Minnesotan exercised their right to vote, the values and priorities of elected officials might better reflect those of the people they represent.
The non-partisan League of Women Voters advocates for a whole range of policies that would make elections more free, fair and equitable. We are also focus on educating, motivating and helping voters overcome barriers in order to raise up all voices. Contact us at vote@lwvmpls.org if you’d like us to work with your community on voter registration, education or turnout.
Visit 411.org for information about voting.